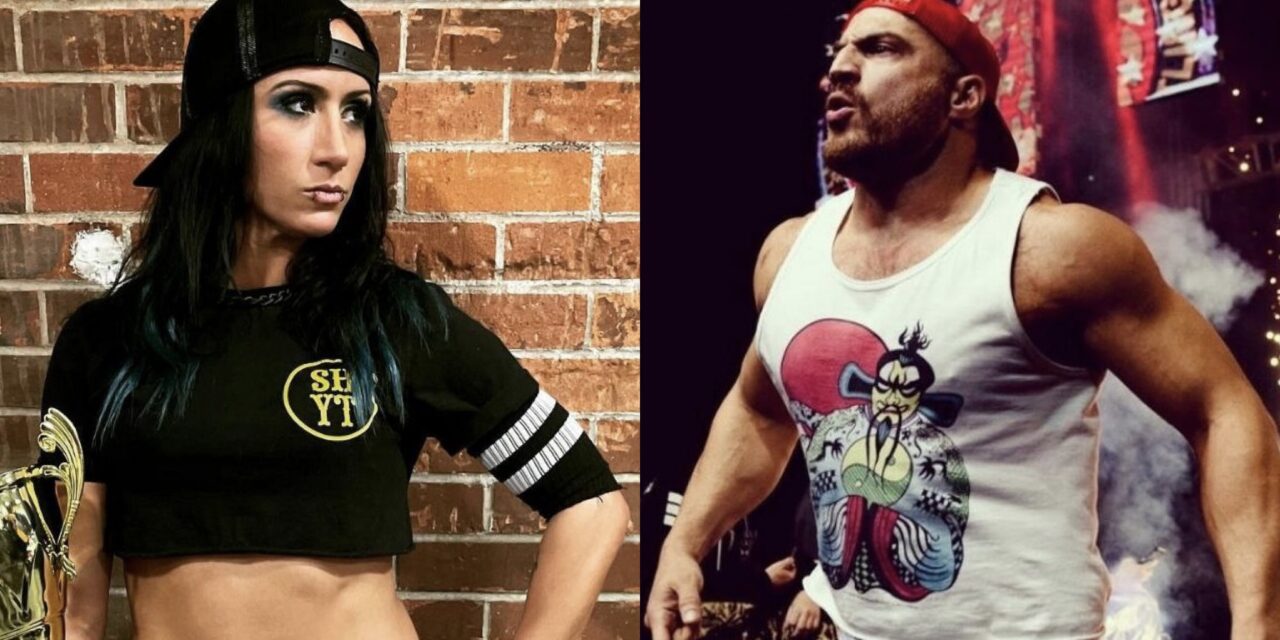 This started because Von Eerie went on Facebook Messenger and recounted in an exclusive interview with SLAM! Wrestling the interpersonal violence she experienced during her time with Dickinson.  Coulter, who was in a similar relationship with Dickinson, recounted similar experiences in a tweet earlier this year, while not naming Dickinson in the posting.

Dickinson was involved with Game Changer Wrestling (GCW) which has headquarters in the New Jersey area.  Because of Von Eerie’s and Coulter’s comments, Dickinson’s attorney, David Lin, stated in the defamation suit that, “Due to the publication and dissemination of Defendants’ social media posts, Mr. Torre has suffered great reputational, professional, and financial damages within the State of New Jersey.”

Since then, GCW terminated any business with Dickinson, and a deal that was made with New Japan Pro Wrestling prior to the allegations had cooled, which meant that Dickinson’s contract with the Japanese organization, as stated in his suit, “was to be paid per appearance in events, losing the opportunities to participate in future NJPW events caused Mr. Torre’s contract with NJPW to become essentially a valueless deal.”

The defamation suit was filed in the state of New Jersey, which currently has no anti-SLAPP laws. Anti-SLAPP laws are intended to prevent people from using courts, and potential threats of a lawsuit, to intimidate people who are exercising their First Amendment rights. In the defamation lawsuit, Lin uses the Lanham Act (which is mostly used in trademark infringement disputes) to cite that civil action is deemed appropriate. According to the suit, Lin states Von Eerie allegedly made false allegations of Dickinson’s character, and thus her opinions on him (using Dickinson’s real name) “regarding the professional wrestling industry did actually deceive and is likely to deceive more consumers as to the nature and character of Mr. Torre and the quality of Mr. Torre’s performance in the industry.”

Coulter maintained a similar response in her declaration, stating that, “During that relationship I lived in Massachusetts and Plaintiff [Dickinson] lived in New York State, and, on occasion, he would live in Massachusetts with me.” In addition to evidence Coulter filed of an Instagram message where Dickinson offered a half-hearted apology after he allegedly choked her against a wall, she also states in the declaration, “Though I have travelled to and through the state of New Jersey, I have not been in New Jersey for four (4) years and then only for personal reason such as to enjoy a day at the beach or to pass through to reach other more southern destinations within our country.”

SlamWrestling.net spoke with Mr. Kaplan regarding the motion to dismiss, and he said, “We believe that the lawsuit is misguided and that the evidence will ultimately speak for itself.  But what’s very clear based upon the complaint is that this is not a fight that belongs in the district of New Jersey.” SlamWrestling also spoke to Matt Rosen, representing Coulter in the same matter, and he said, “My client certainly maintains that she has, and will, defend herself as strongly as possible from the accusations levied in the complaint.”

When asked if both attorneys are working together regarding the defamation suit by Dickinson, Kaplan responded, “Mr. Rosen and I have been in contact with each other. But we each have an independent obligation and an independent duty to our clients.”

SlamWrestling’s attempts to reach Dickinson and his attorney for a response to the recent motion to dismiss went unheeded.