A rare chat with Toni Rose 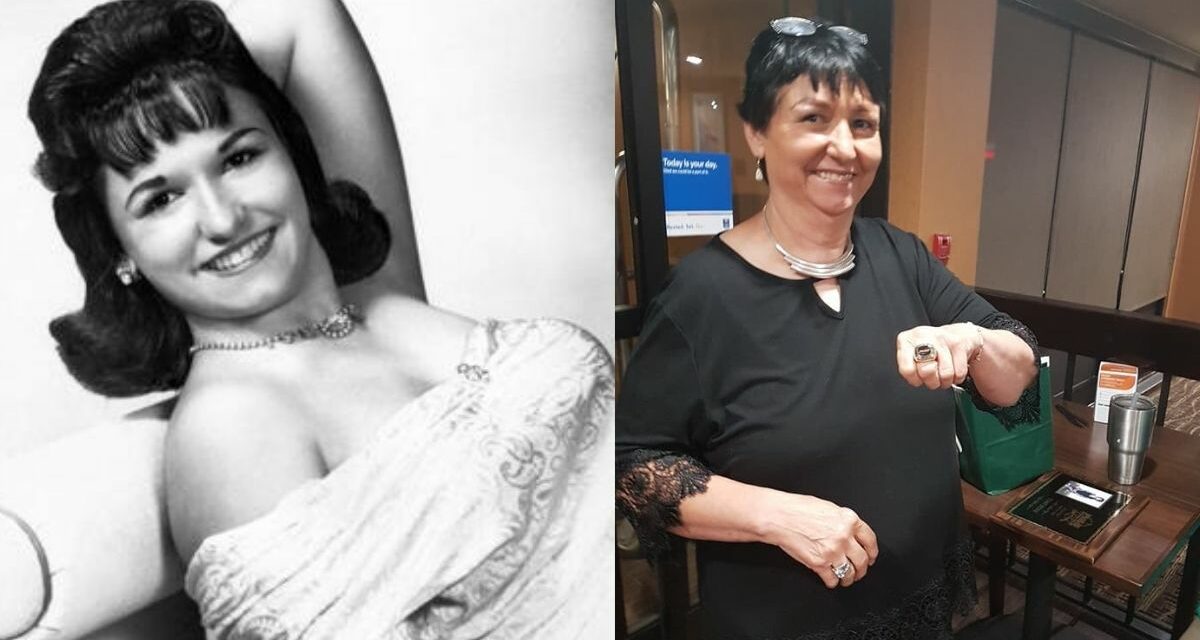 Toni Rose is a Pro Wrestling Hall of Fame Inductee – Class of 2018 – as recognition for a long, successful in-ring career, yet she’s rarely out there doing interviews or at fan fests. That is about to change.

Rose talked with SlamWrestling.net about her life and times, and about an upcoming appearance she’ll be making, with the original NWA Women’s tag title in tow.

“I began my career going to the pro wrestling matches in my hometown of Terre Haute, Indiana,” explained Rose, now 76. “Penny Banner was my favorite wrestler growing up. And when I was of age, I went to go train at Moolah’s Camp in 1965.”

Moolah, is of course, Lillian Ellison, known as the Fabulous Moolah, who ran women’s wrestling in the 1960s into the 1980s. At her home in Columbia, South Carolina, Moolah had a wrestling training facility and places for the girls to rent. Rose headed there a week after she finished high school. The training was tough in the hot gym.

At 5-foot-8, the brunette quickly built a reputation for hitting hard. An old wrestling magazine with a story titled “Toni Rose: Cage Rattler” described her:

There’s only one word for Toni’s fighting style … brutal! When she opens up with her unbridled attack, whoever is unlucky enough to be in the ring with her is in for a nightmare.

The same article quotes the late Vivian Vachon: “Even if you win a match with Toni Rose, you feel like you lost. She punches, kicks and beats on you until you ache all over.”

In March 2008 interview at LadySports.com, Debbie Johnson said something similar, describing her toughest foe: “I think the toughest one would be Toni Rose. She had a punch that could knock a horse out!”

As a singles wrestler, Rose captured the Georgia version of the NWA Southern Women’s Championship. However, she was better known as a tag team specialist.
How much of a specialist? She captured the NWA women’s tag title a staggering five times.

The first run, beginning in 1970, was with Fabulous Moolah.

“Moolah was a great tag partner and I enjoyed traveling with her a lot. Moolah had expressed numerous times that she never wanted to share a championship,” recalled Rose. 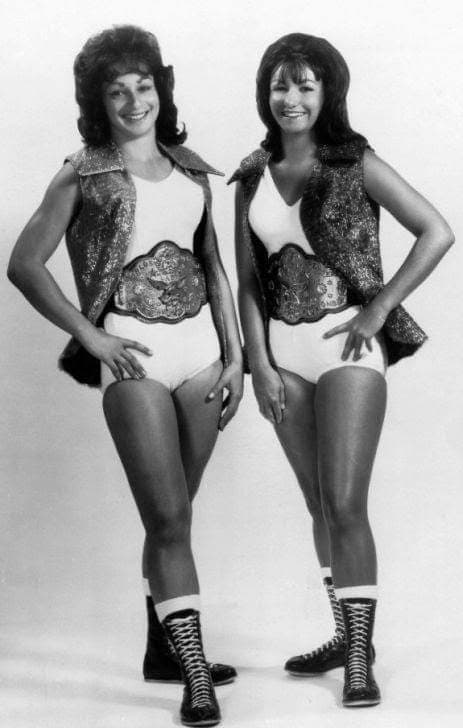 However, it’s with Donna Christanello that Rose is most associated.

“A tournament was held and Moolah teamed me and Donna Christanello together,” said Rose. “During the tournament we had gone against many strong female tag teams. Having never tagged prior we did pretty well” – she has a good laugh at the memory – “because we had won the tag titles.”

Christanello (also spelled Christantello) was inducted into the Pro Wrestling Hall of Fame in 2009, and died in 2011.

Rose has many fond memories of her frequent partner.

“Donna was an amazing cook and would cook us these giant Italian dinners they were delicious especially on the road,” she said, adding, “Donna was a kind-hearted person and would give the shirt of her back for you. She never got the acknowledgment she deserved. She trained a lot of the girls at Moolah’s camp and helped me as a tag team partner. She was a sensational tag team partner I loved working with her.” 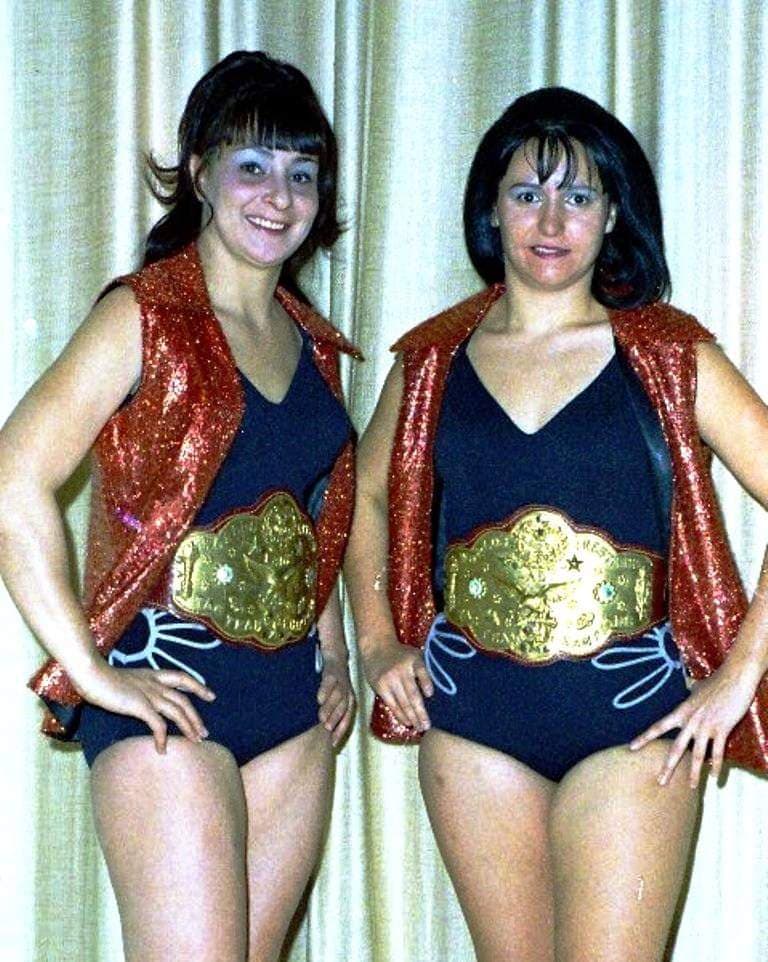 Rose and Christanello often fought Joyce Grable and Vicki Williams. “In order to have a good tag team both members have to have good chemistry and they need to understand each other. Donna and I always knew what the other was thinking,” said Rose.

Susan “Tex” Green faced the Rose and Christanello team. “They knew how to push you. Toni and Donna knew each other’s moves just by the way they moved. They knew what the other person was thinking without saying a word. Plus they looked alike,” said Green. “Back then unless you looked at their boots, a lot of times they looked so alike you didn’t know which one was in the ring. One of them had a D on their boot and the other one had the T. They definitely were not sisters or anything, but they had that look that you really had to look to see which one was which. When I first started I actually got confused over which one should have been there.”

Rose wrestled until she was into her 40s, and then worked as a phone operator for AT&T until she retired in the early 2000s. Christanello’s passing, the death of Rose’s husband, Jack, in 2016, and then her own PWHF induction have brought Rose back into the wrestling fold a bit more, and you’ll find her online occasionally answering fan questions or keeping in touch with friends.

Wrestling meant a lot to her. “I enjoyed my career and the people I met in and outside of the ring. I enjoyed traveling around the world and meeting new people,” she said. 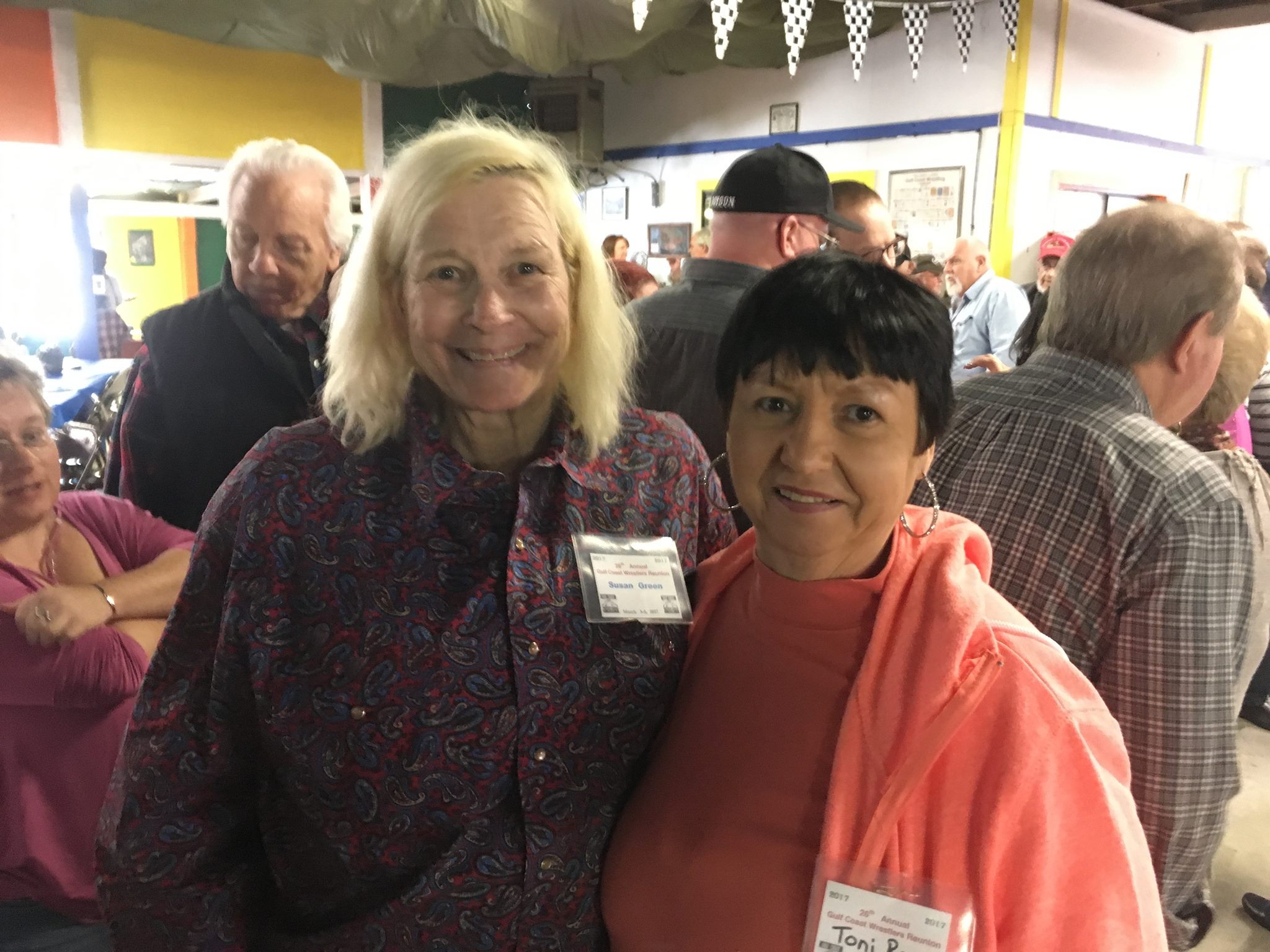 Sue Green and Toni Rose at the Gulf Coast Wrestler’s Reunion in March 2017.

She enjoys going on road trips with Green and spending time reconnecting with friends.

Green and Rose will be making their first northeast appearance together in over 30 years at 80’s Wrestle Con www.80swrestlingcon.com on Saturday, May 7th. The tag team of Lockdown Superstars and The New England Music Hall of Fame www.nemhof.com will be bringing Rose and Green to the fan fest, along with ECW original Gary Wolf, NPC Champion Nikki Moccia, and current Spartan Championship Wrestling Women’s Champion Angel Orsini. Toni Rose will be bringing the original Women’s tag team belt for fans to pose with.

There’s a long list of guests at the convention, and part of the fun for people like Rose is seeing old colleagues – or their kids!

80’s Wrestling Con is on May 7, from 9-3 pm, at the The Mennen Sports Arena in Morristown, NJ. For details on Toni Rose and others guests of Lockdown Superstars and The New England Music Hall of Fame, see here.