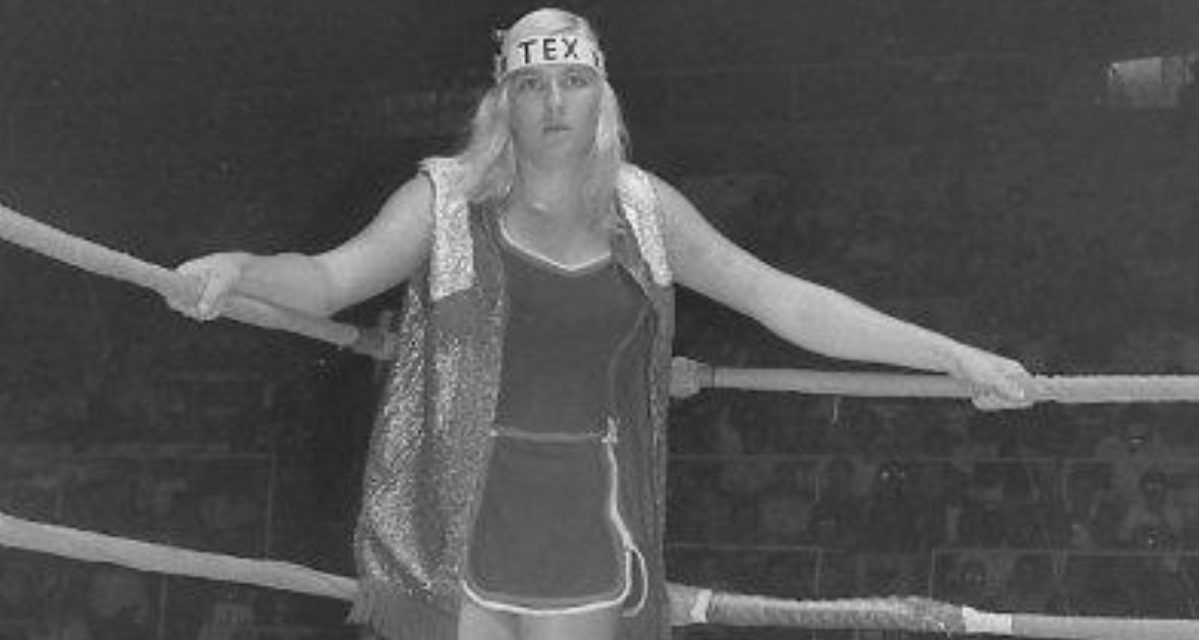 In mid-June, at a show in Walterboro, S.C., longtime star Susan Green dropped an elbow smash on a wrestler during a fracas outside the ring. It might not have seemed like a big deal at the time, but there’s no doubt that it was the sweetest elbow she ever threw.

Just a year ago, Green was about as close to death as anyone can be without flatlining. Partially paralyzed, unable to speak, she was given hours to live by physicians who told her family to brace for the inevitable.

No wonder, then, that her spirits rose as the elbow fell in an angle on the small town card. “I didn’t go out there to do that. I was only going to hit him. But when I hit him and he went down, I thought, ‘This is a perfect opportunity to drop an elbow,'” she laughed. “I was back home.” 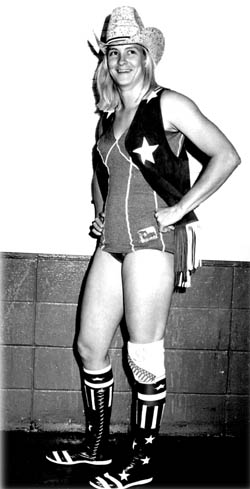 Too often, wrestling headlines abound with somber death notices and premature demises. Time then, for an upbeat story about a former women’s champion who was in the grip of death, and reversed the hold.

Green’s travails began with a serious, but treatable injury more than 18 months ago. Scar tissue from broken ribs she suffered in an incident related to work for Columbia, S.C.’s planning department started to protrude into her abdominal area. She went to Lexington Medical Center, near her home, where an MRI revealed lesions that required surgery. Doctors removed six inches from her small intestine and two inches of her colon.

That procedure went well, but her health problems were just getting started. Soon, she developed a staph infection that yielded a highly dangerous and potentially fatal blood disease. The infection initially went undiagnosed and damaged more than half of the L-5 vertebra in her lumbar spine.

Green was transported to Palmetto Health Baptist Hospital in Columbia, where a surgeon could operate on her back, but she was touch-and-go for weeks. She slipped into a coma, was put on a ventilator, and laid isolated in an intensive care unit on a death watch. While she was in the ICU, her sisters returned home to Texas from a visit to see her, only to be told to turn around because Green had 36 hours left in her life.

They couldn’t return that quickly, so wrestler Desiree Petersen stepped and sat with Green. In the meantime, Green’s niece, a pediatrician in Montana, determined that her aunt was having a bad reaction to codeine. “In the process, they got me off the codeine and thing started going much better,” she said. To this day, though, a large portion of 2008 registers not even a blur. “From February 5th until about May 20th, I didn’t know I was in this world.”

Green traced the culprit back to her first abdominal surgery. She said unsanitary tubing apparently was used in the epidural anesthesia that numbed her lower body. Her hospital bills have climbed into stratosphere, though she said her health insurance has worked “wonderfully.” She’s still battling with the hospitals and worker’s compensation claims, but expects those issues to be resolved.

Columbia is a haven for women’s wrestling, and friends like Judy Martin kept an eye on Green. But the Susan Green who left Palmetto Baptist late last spring bore scant resemblance to the one who burst on to the wrestling scene 40 years ago. Instead of a tall, purposeful stride to the ring, the six-foot-one Green was lurched over a walker and a wheelchair. Instead of holding her arms up to exhort a crowd of fans, she was paralyzed on her left side and from the waist down. The signature blond hair was all but gone, the victim of too much medication. From 260 pounds, she was down to 115. “I’ve told everybody I’m the million dollar babe that looked like two cents,” she joked. 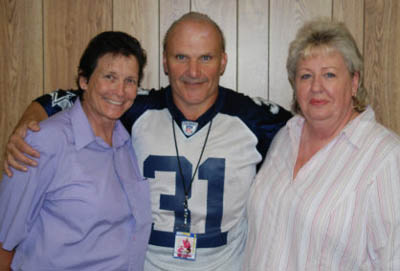 Green went to Texas so her family could watch over her for two-and-a-half months — she’s from Corpus Christi originally and broke in as a teenage phenom for promoter Joe Blanchard in San Antonio. Slowly, with the help of her sisters and a daily regiment of physical therapy, she regained some of her health.

In an unrelated matter, she needed to have her left knee replaced; in fact, that started giving her more troubles than her back. “I was always asked about my back and my hip and my shoulder, but it was my knee that was killing me, she said, recalling that she told her niece-doctor: “My knee hurts so bad I’m willing to chew it off if I have to.”

Once she became more mobile and got to 150 pounds last October, she underwent a replacement. This time, Green said, she was determined that her hospital stay was going to be short and to the point. She had the surgery on a Wednesday and her physician told her she could be discharged once she walked to the nurse’s station and back. Wrong person to challenge. Within 24 hours, she’d made two such trips and was back home Thursday night.

“I don’t feel sorry for myself,” she said. “I’m just glad to be alive. I have had a lot of people not recognize me because of my dark hair. I’ve been frosting it to get some blonde highlights so people can still kind of see that it is me.” With any luck, the hair will have grown out in time for her appearance at the NWA Legends Fanfest, a major wrestling convention held in August in Charlotte, N.C.

Her trainees know that it’s her, though. Green has worked with wrestlers of both sexes for years in a gym on her property, and she’s back at it, as determined as ever, despite the initial fears of close friend Martin. “At first, Judy was petrified to touch me. I’d say, ‘Judy, stomp me! Kick me!’ Unless you’re kicking me, the guys I train are not going to understand what’s going on. I eventually convinced her she needed to do it.”

Green is not out of the woods yet. She still needs shoulder replacement surgery, so she has to rely on others to demonstrate holds and counterholds that require free arm movements. She also is coping with a broken ankle that simply didn’t register with her because nerve damage in her foot muted the pain.

But Green has said several times through the years that she intends to keep wrestling until her body finally gives out on her. Is she at that point yet?