Donna Christantello, who died Friday at 69, was the “right-hand person” to the Fabulous Moolah and her training school for women professional wrestlers for many years.

At Christantello’s induction into the Pro Wrestling Hall of Fame in 2009, Mae Young praised her as “the girl who had done so much for Moolah.” When Moolah (Lillian Ellison) was on the road, Christantello would usually be in charge of the Charleston, S.C. compound, running “Girl Wrestling Enterprises.” 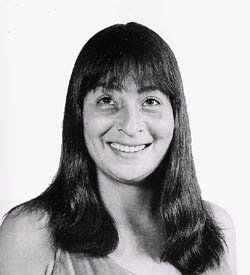 “She always took a backseat to everybody,” said Young. “She was Lil’s right-hand person.”

In her autobiography, Moolah talked about Christantello, who lived with her, off and on, for 40 years. It was only Christantello and the midget wrestler Diamond Lil (Katie Glass) that lived in the main house with Moolah over the years.

“Donna was a heckuva wrestler and an even better friend,” she wrote, talking about how they each relied on the other when loved ones died, as well as their trips to Las Vegas for some fun.

Born Mary “Donna” Christantello on May 23, 1942, in Pittsburgh, she frequented the matches in town while working at a restaurant. Together with a friend, she set out to become a pro wrestler; her friend lasted one match, while Christantello worked from 1963 until her last match in 1991.

According to Christantello, Waldo von Erich and Klondike Bill were her hook-up to The Fabulous Moolah, who invited the 5-foot-8 Christantello to South Carolina.

“Her opponents were a virtual ‘Who’s Who’ of contemporary women’s’ wrestling: Ann Casey, Wendi Richter, Leilani Kai, Jessica Rogers, Peggy Lee, Vicki Williams, Moolah, and Susan Green amongst many others. Donna sacrificed time on the road to help instruct other female wrestlers. She and Moolah were instrumental in training Sensational Sherri Martel and Brittany Brown and Donna later wrestled as part of Sensational Sherri’s team in the 1987 WWF Survivor series,” reads her Pro Wrestling Hall of Fame bio.

The “blackeyed, curvesome Italian-American beauty” was noted for her athleticism, said colleagues.

“I wrestled Donna on many occasions,” said Belle Starr. “She’s a good athlete.”

“She was good. She was very good,” said Sandy Parker. 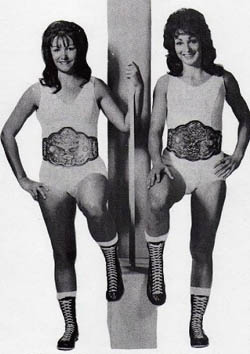 “They knew had to push you,” began Green. “Toni and Donna knew each other’s moves just by the way they moved. They knew what the other person was thinking without saying a word. Plus they looked alike. Back then unless you looked at their boots, a lot of times they looked so alike you didn’t know which one was in the ring. One of them had a D on their boot and the other one had the T. They definitely were not sisters or anything, but they had that look that you really had to look to see which one was which. When I first started I actually got confused over which one should have been there.”

In the modern era, Christantello’s biggest moment came at the first WWF Survivor Series in November 1987, when she teamed with Sensational Sherri (whom she helped train), Dawn Marie, and the Glamour Girls (Lelani Kai & Judy Martin) in a losing effort against The Fabulous Moolah, Rockin’ Robin, Velvet McIntyre and the Jumping Bomb Angels.

Christantello kept up with wrestling over the last number of years, including helping her niece, Angie Manelli, give the sport a whirl in the 1980s.

“We kind of paved the road for these younger girls,” Christantello said in a SLAM! Wrestling interview about women’s wrestling. “They are doing a great job in the entertainment business.”

The magazines of the 1970s often featured Christantello, under whatever spelling was chosen.

“Meanness is Donna’s Middle Name” is a 1974 article from The Wrestler, and quotes Moolah: “When wrestling, Donna is a whirlwind of fists, elbows, knees, feet, and nails. She knows what will make her opponents scream in pain. And anyone who has seen Donna wrestle knows she won’t hesitate to use all of her knowledge. Mercy is one thing she will never be accused of. She laughs at the word, a short, ugly humorless laugh.”

A year later, the same magazine addressed her reluctance to face Moolah for the women’s title, saying that because she’s Moolah’s friend, she won’t ask for a world title shot. “A little while ago, when Moolah fell ill, Donna substituted for her,” reads the article. “It was grueling work taking her heavy schedule, but it was a marathon task which any athlete would welcome. Also, by named Donna to replace her, Moolah implied that her friend was close to being her equal. It was an honor which Donna deserved.” 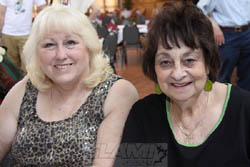 Joyce Grable and Donna Christantello at the Pro Wrestling Hall of Fame induction weekend in May 2011. Photo by Larry Minervini.

“This is one of the greatest things to happen in my career in wrestling,” Christantello said at her Pro Wrestling Hall of Fame induction. “I would do it all over again.”

When Moolah died in 2007, Christanello moved back to Pittsburgh, and took employment in the accounting department of a Wal-Mart. Her hobbies included crocheting, stamp collecting and cooking.

On August 25, 2011, Christanello died from an apparent heart attack at 69 years of age in her Franklin Park, Penn., home. She is survived by her son James “Jack” Alfonsi, brother Tom Alfonsi, sister Theresa Alfonsi and many nieces and nephews.

— with files from Jamie Melissa Kreiser