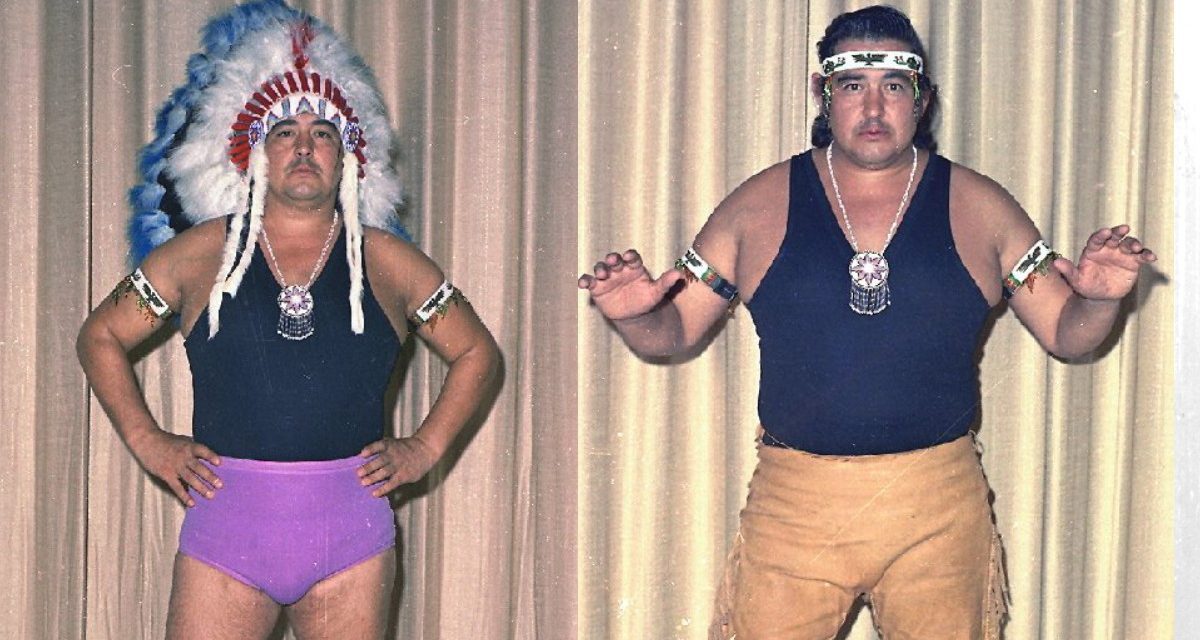 Gerry Paquette may have only wrestled for a few years in the 1970s, best known as Jay Clintstock, but the squared circle did bring him a life-long friend in “The Mormon Giant” Don Leo Jonathan.

Employed in a variety of jobs on Vancouver Island, Paquette was always looking for new work to support his young family. He took up diving in 1964, when he saw an article in a magazine about Jonathan and Dr. Phil Nuytten, his partner in a diving operation. 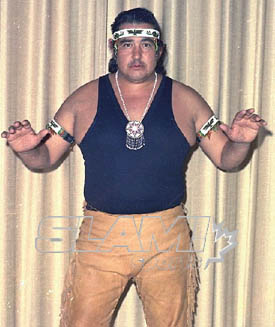 A wrestling fan for years, he then saw a poster in a store window promoting that Don Leo was going to be at a show in Port Alberni.

Paquette headed down, and passed his business card to referee Roy McClarty before the show, and asked for a chance to talk with Jonathan.

“About five minutes later, Don came out and we yakked for a while and decided we were going to go for a dive the next weekend,” Paquette recalled for SLAM! Wrestling of the beginning of the relationship. “Once we got in the car traveling together, we found out that he was not only a diver, but a hunter and a fisherman, and he did exactly the same things that I did — except that he was a wrestler and I wasn’t.”

Jonathan remembered the meeting as well. “He was a diver and he worked at the mill. He loved to hunt and he knew where the deer was. So immediately, he was a buddy, and we’ve been friends ever since.”

“I was a wrestling fan, I really liked wrestling,” Paquette said. “[Don Leo] asked me about it and I told him I never had the opportunity to do that kind of stuff, because I had a family when I was very young, I couldn’t take off and do that. Well, I finally got the bug and he set me up with Calgary.”

The 6-foot-1, 240-pound Paquette worked out in the famed Hart House Dungeon, but never saw any in-ring action for Stampede Wrestling.

“I had to leave an underwater camera that I had at the hotel in order to cover my bill,” Paquette recalled.

Back home in British Columbia, Paquette did have his first few matches for All-Star Wrestling, but it was an awkward time, with Al Tomko buying into the promotion and Sandor Kovacs departing, leaving Gene Kiniski in charge.

His buddy, Jonathan, got him to Montreal, where the likes of the Vachons and Edouard Carpentier gave him some tips, and a little ring time — but not enough.

“The Vachons were upfront when they couldn’t use him and made sure he had money to get home,” he said.

It was similar in the Maritimes, where he learned a bit, but didn’t get to work.

In 1973, he caught on with the Seattle-based Superstars of Wrestling outfit, promoted by Dean Silverstone.

“He was a pleasure to work with. Never a problem. His only fault was that he did not know how to speak carney, but he could get the job done in the ring very convincingly,” Silverstone praised, referring to the “carnival” language that wrestlers used as shorthand in the ring so the fans couldn’t understand.

While he never seemed to find a lot of matches, he did seem to inspire loyalty in the people who believed in him. 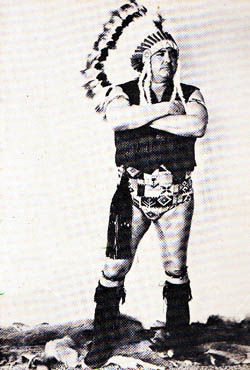 Gene Kiniski was one, and arranged for him to go to Oklahoma.

“I really got to be friends with Grizzly Smith. He was a neat guy. I traveled with him to quite a few different spots and all the rest of it,” recalled Paquette of the late Smith, who was one of the bookers in the big territory which encompassed Oklahoma, Mississippi and Louisiana.

One of Paquette’s wrestling names was Gerry Goodvoice, which was actually a family name dating back through his extremely complicated family life.

He was born April 29, 1940 in the Native-American hospital in Santa Fe, New Mexico, with a father of Teton-Sioux heritage and a Cree mother, mixed in with other lineages too. Paquette’s mother left him in New Mexico when he was two years old and stayed with relatives until he moved to Oregon, then back to New Mexico.

“Finally, when I was nine years old, they brought me up to the border at North Port. My biological mother had to come over and pick me up and take me into Canada. I’ve been in Canada ever since. I have dual citizenship,” Paquette said.

But he only stayed with his real mother for a year, then moved into a foster home at age 11. “I only stayed there until I was 13, then I hit the road and I never looked back.”

The foster family was involved in logging, so he learned to drive logging trucks down to the highway when he was only 12 years old. 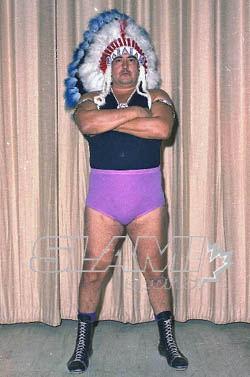 He married his wife, Marlene, on May 17, 1957, when she was only 15-1/2; he wasn’t much older at 17. “We started early,” he chuckled. The couple had five children, and settled on Vancouver Island in 1956, where, in later years, he’d take his fellow wrestlers out oyster picking.

Over the years, Paquette would work as a welder, as a longshoreman, in diamond drilling, and underwater doing investigations for insurance companies and hauling salvage off wrecks.

“It’s called survival. You always had to keep something on the backburner in case something went wrong,” he explained about the plethora of jobs.

Back in wrestling, the Jay Clintstock name was given to him when he headed to Tennessee, where the Clintstock surname was well-known. (There was another Native wrestler, Jim Clinstock, who worked in the ’30s and ’40s, and murdered in 1944.)

“That was actually the best thing that happened to me, the name took over quickly and I did well with it. So I kept through it all the wrestling after that,” he said.

The end of his wrestling dream came in 1974, in Alabama, where he abruptly quit.

“I was having a little problem with the office. They weren’t coming up with what we agreed upon. I’d been down the road already many times when I was starting out,” he explained. “They wanted an Indian, which was fine. They had all these great ideas that they were going to do for me. The little bit of stuff that they gave me, it just wasn’t adequate. I’d traveled a long way to come down there [from Washington state] and everything was all fine. They always talked about it, but it never came around. I didn’t wait too long. I’d been a couple of times around the block, where I’d already said, ‘No, that’s enough of that.’ I wasn’t going to sacrifice everything for when there was no money, eh.”

After wrestling, Paquette bought a truck and put a welding machine on it. A proper machine shop would follow. “It was a good business, and it did well for me,” he said. Paquette also ran a concrete waterproofing company.

From 1975-77, he did wrestle occasionally on the shows close to his home on Vancouver Island. When Tomko took over All-Star Wrestling completely in 1977, Paquette stopped grappling.

But he never stopped his friendship with Jonathan.

“Whenever I ran into a bit of a problem, I’d phone Don Leo,” admitted Paquette.

The first time Don Leo came to his house, it was after a show, and he just left the door open, and offered the couch in the living room. In the morning, “all my kids were out there hustling autographs from him for their friends,” laughed Paquette.

The outdoors was a true common bond.

“For hunting and fishing and that, I pretty much pulled the strings for that, because I’d done a lot of that, eh. He had too, but he hadn’t hunted this type of country. He hunted out of Utah. Hell, you’d see a deer 500, 600 yards away. Well, out here on Vancouver Island, you don’t see anywhere 600 yards away unless you’re on a street! Anyway, we did a lot of hunting. We became really good friends. He came and stayed at our place all time.”

His link with Jonathan was certainly well known.

Once, working in Texarkana, Texas, Paquette lined up against Gorilla Monsoon. “He was the hairiest guy I’d ever seen,” remembered Paquette of their first meeting. As the referee was giving the wrestlers their instructions, Monsoon leaned in and said he’d heard of him. “You’re Don Leo Jonathan’s friend.”