BC police on hunt for stolen Gordienko art 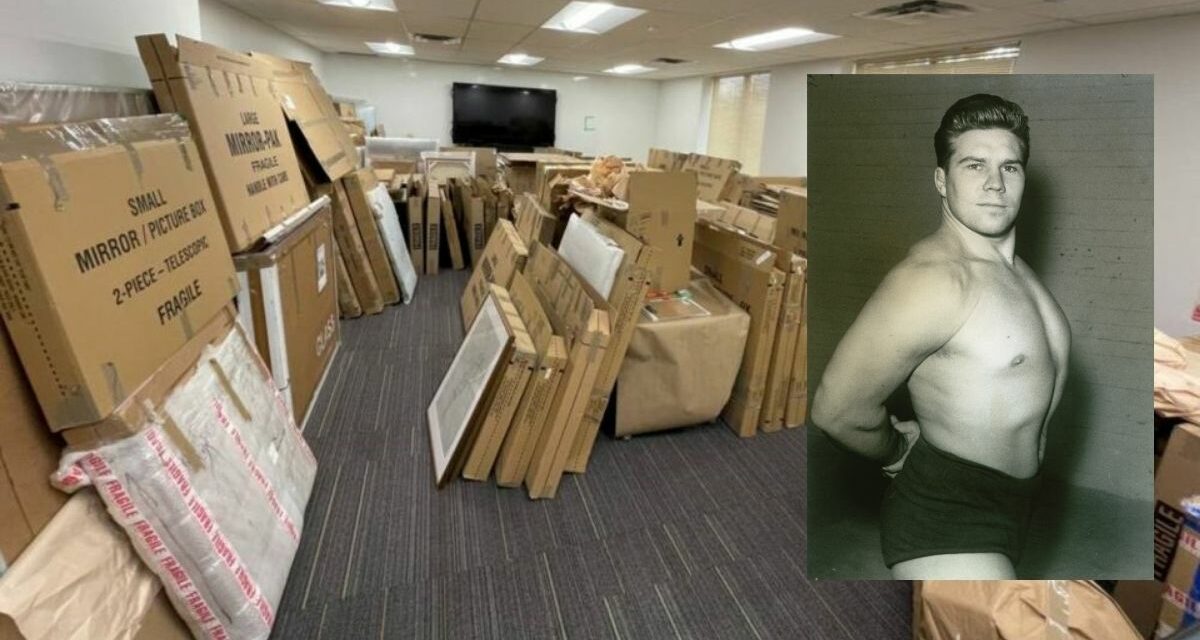 Just days after SlamWrestling.net ran a piece about wrestler-turned-artist George Gordienko comes the news that some of Gordienko’s paintings had gone missing from locations in British Columbia.

Police in Saanich, BC, announced on Thursday that it had seized over a 1,000 pieces of art, worth millions of dollars. In short, an art dealer had been entrusted by many different galleries and then disappeared. Police were alerted on April 11, and the hunt began.

George Gordienko’s nephew, Ted Gordienko, confirmed that his uncle’s work was among the missing pieces.

“All my paintings were stolen. Yeah, I had them in the gallery, and they went missing,” Ted Gordienko told SlamWrestling.net, adding that to date, the investigations unit that he was cooperating with had “raided four places so far. We’re getting them back slowly.”

He was reluctant to reveal too much, as it was ahead of the Saanich Police Department’s announcement on Thursday. “We’re still working and we don’t want to scare this guy off too much. Yeah, so that was a shock,” said Ted Gordineko.

Here is the full press release from the Saanich Police Department:

Over one thousand pieces of fine art have been seized by police during an investigation into a local art dealer in Oak Bay.

On April 11, 2022, an art owner contacted the Saanich Police to report that in March of this year they had entrusted a local art dealer with four pieces of fine art for consignment and potential sale at an art gallery in Oak Bay. The pieces were three original Emily Carr paintings and one David Blackwood watercolour, both of whom are renowned Canadian artists. The owner became suspicious when the gallery recently closed and attempts to contact the art dealer had gone unanswered.

The police investigation uncovered that there were several other victims that had consigned art to this dealer and that the dealer had ceased all communications with them as well.

Over the next several days, detectives with the Major Crime Unit were able to execute three search warrants at storage sites in Saanich, Oak Bay and Langford. The initial search located six-hundred pieces of art, the next over one-hundred pieces, and the final search over three-hundred pieces. The total number of pieces of art seized is just over one thousand, with an estimated value to be in the tens of millions of dollars. The art was seized by police, safely transported and is being stored at a secure location.

The art dealer, whose identity cannot be released until charges are sworn in court, was arrested on April 21, 2022, and was later released on several conditions with a future court date. Investigators are currently preparing a report to Crown Counsel recommending criminal charges for multiple counts of fraud and false pretense.

“The dealer was taking art from people with the intention of consigning or appraising the art, later ceasing all contact, all the while selling the art without reimbursing the owners or artists.”

As the investigation continues, detectives are in constant communication with the artists, their families or representatives, and the owners of the art in an effort to return all of the artwork to the rightful owners.

“We believe there are individuals who have attempted to reclaim their artwork, associated to the Oak Bay gallery but have not been successful in doing so. We are asking for these people to reach the Saanich Police by email at [email protected]”