Guest column: My book on The Sheik secures his legacy 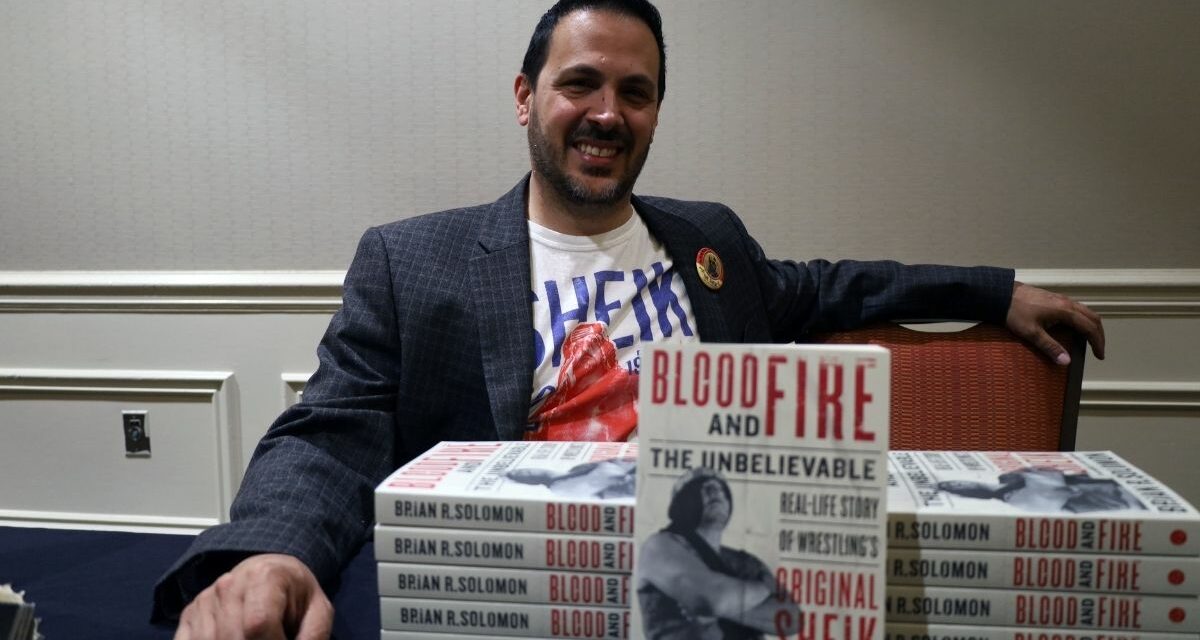 By BRIAN R. SOLOMON – For SlamWrestling.net

As you’re reading this, the fulfillment of my greatest writing project has currently come to fruition. After nearly three years of work, Blood and Fire: The Unbelievable Real-Life Story of Wrestling’s Original Sheik, a book that’s become such a part of my life, has finally been released out into the world from the wonderful folks at ECW Press.

Some eight years ago, while I was working on my last wrestling book, Pro Wrestling FAQ, I included a short capsule biography of The Sheik, generally regarded as the best drawing and most genuinely feared heel in the history of the business. I had long been fascinated by him, ever since first learning of him from reading old wrestling magazines. I was also fascinated by the Detroit wrestling territory he secretly ruled—although it had briefly been one of the hottest territories in the business during the late ’60s and early ’70s, it had gone belly up long before the WWF’s national expansion, and wasn’t talked about very much anymore.

Drawn in by this man and his unique story, of burying his true self in a haze of kayfabe and committing to his role like no performer before or since, I wanted to dig deep and tell the real story, the story that had never been told before. And despite the total lack of interviews during his lifetime, or even a single known recording of his actual voice, I believe I’ve done it justice as well as anyone possibly could have.

In the end, I learned so much about Ed Farhat, the actual human being behind the Noble and Exalted Sheik of Araby, as well as uncovered more stories of his wrestling career than I knew what to do with. In fact, believe it or not, there were even items I had to cut out for space. Like the stories of young Eddie attending wrestling cards at the Olympia Stadium in the 1930s as a child with his parents and ten (!) siblings, marveling to the exploits of world heavyweight champion Ali Baba, who would greatly influence him, and the raucous Bull Curry, who would later become a dear friend and tag team partner. Or the time he chased a terrified radio DJ out of the arena in Louisville, Kentucky, and right down the main boulevard, destroying and partially eating his brand-new blazer along the way. Or the extremely rare NWA World title shot he received against Jack Brisco on a small Gulf Coast Wrestling card in Vicksburg, Mississippi, in the summer of ’75—one of only two matches he ever had with the legendary champion. Or his great love for playing softball, the only pursuit in which he allowed himself to be himself in public. 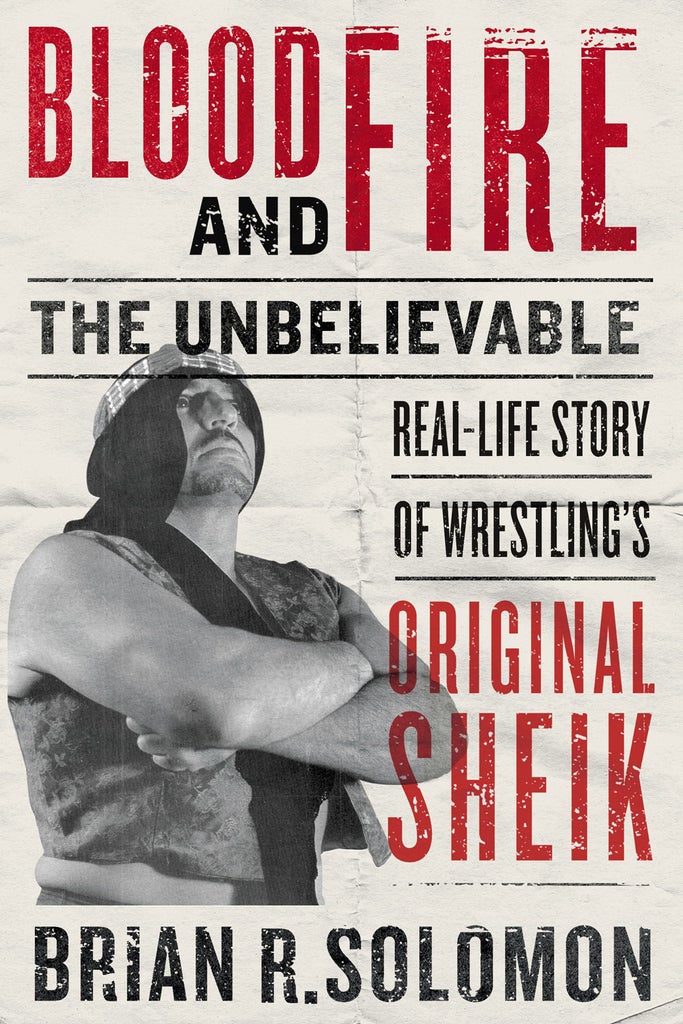 I had the privilege of interviewing so many of the greats of the business, people who knew him and worked with him, or who have spent considerable time following his exploits: Terry Funk, Kevin Sullivan, Killer Tim Brooks, Lanny Poffo, Tommy Dreamer, Al Snow, Dave Meltzer, Les Thatcher, Bobby Davis, Bill Apter, “Supermouth” Dave Drason, John Arezzi, Terry Dart and many others. And of course, one of The Sheik’s own pupils, the one and only Rob Van Dam, who was gracious enough to provide the foreword to the book.

So many had so much to say about the Syrian Wildman that it didn’t all make it into the book, such as this poignant recollection from Poffo:

The Sheik was a hilarious guy, but he was very tough, and nobody messed with him at all. But I loved him, and I miss him very much. We were very lucky to have a home territory like that. When my family started running ICW, we brought The Sheik in, after he ceased to promote, and he was still marketable because there’s nobody like that in the business.

Or this fascinating perspective from Funk, who knew Sheik since the days when he was working for his father, while Terry was still playing football at West Texas State:

There was no one that lived his gimmick more than he did. I’m serious about that. Who knows what he could’ve done? Was he the most vicious man in the country, or was he the most docile? I don’t know, but he struck fear into you whenever you got in the ring with him. Hell, I don’t know who the hell he was, to tell you the truth. Who was The Sheik? Hell if I know! But he drew us money. That’s what you knew about him. He kept himself away from others. He was unique in that way. Nobody was friends with The Sheik, not when he was out on the road.

In the annals of pro wrestling, there is no other star at the level of The Sheik, especially from his peak time period of the 1960s and 1970s, who hadn’t already had a biography written about him. I made it my goal to change that, and to finally share the story of a life that so many had wanted to learn more about for so long. In the process, I hope to elevate and preserve the legacy of a wrestler and promoter whose prime years are now half a century in the past, so that fans both young and old will never forget how important he was, and everything he brought to this wonderful business of aggression and illusion. I believe in Blood and Fire, and I stand by it as the best version of the story that can possibly be told all these years later.

And so far, I’ve been pleased to see that wrestling fans and worshippers at the bloody altar of The Sheik feel the same. The response in the couple of weeks since the publication of the book has been off the charts. I’d already gotten rave reviews from the likes of Jim Cornette, Tommy Dreamer, Kevin Sullivan, Dave Burzynski and others, and that seems to be borne out by a readership that’s a mix of long-time old school fans who remember The Sheik fondly, and younger wrestling fans who never got to see him and maybe had never even heard of him, but have been fascinated to learn all there is to know about this mysterious and important figure.

I can confidently say that the legacy of The Sheik is secure. And that’s exactly what I was hoping for.

EDITOR’S NOTE: This piece was adapted from original column in the June issue of Pro Wrestling Illustrated