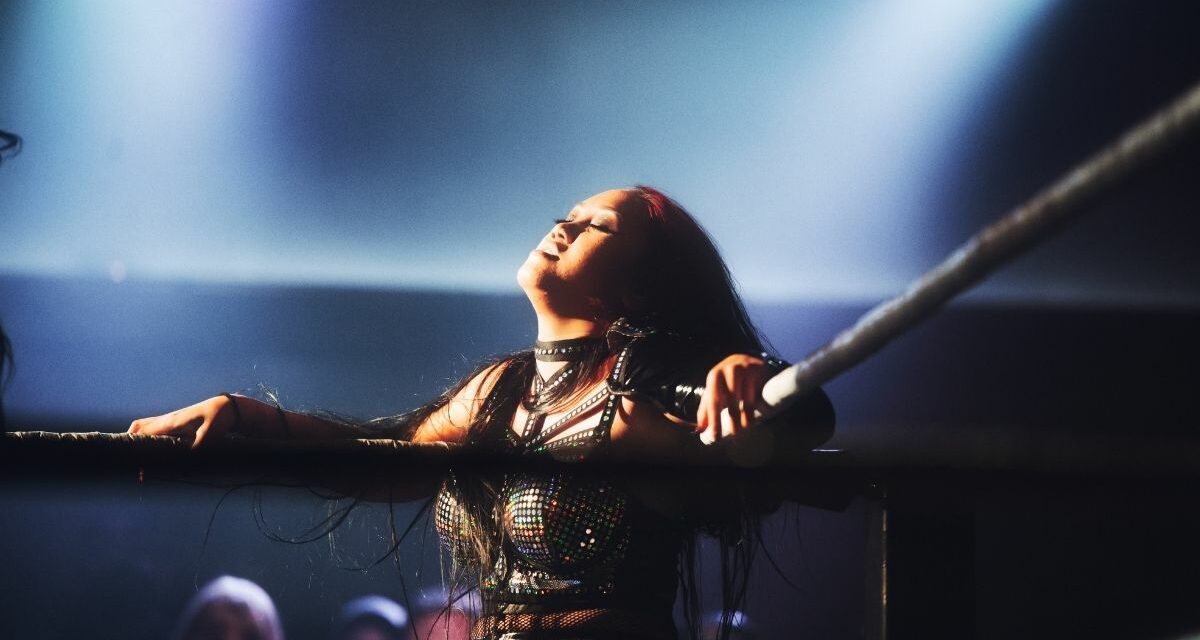 Competing in three countries and crisscrossing North America, Viva Van has dominated the West Coast independent professional wrestling scene in 2022 and she has one goal – to become the face of women’s wrestling on that side of North America.

In the past few months alone, the Los Angeles product has entered the ring in Texas during WrestleMania weekend, locked horns with the likes of AEW’s Sammy Guevara and Tay Conti in AAA in Mexico and defended her PCW ULTRA women’s title in Seattle.

Van recently made her Canadian debut, taking on accomplished Pacific Northwest grappler Liiza Hall in Vancouver, B.C., at Nation Extreme Wrestling 6 on April 7. Hall, a second-generation wrestler fresh off her TERMINUS debut, managed to earn the win at 11:15 by submission.

But despite the loss, Van said her time to step up is now and she wants to own the west.

“I’m just working my best to become the face of the West Coast,” she said, moments after the match against Hall. “I’ve went up and down from Vancouver all the way to TJ [Tijuana], Mexico.”

Van said that she believes the pandemic allowed West Coast wrestlers to work on getting better and growing their respective local scenes. She believes what fans are now seeing is the results of all that grinding and hard work.

“For the longest time no one was looking over here,” she said. “Everything was happening in the Midwest and the east coast and we were all locked down. But now I feel like the entire West Coast – we’re just thriving right now.” 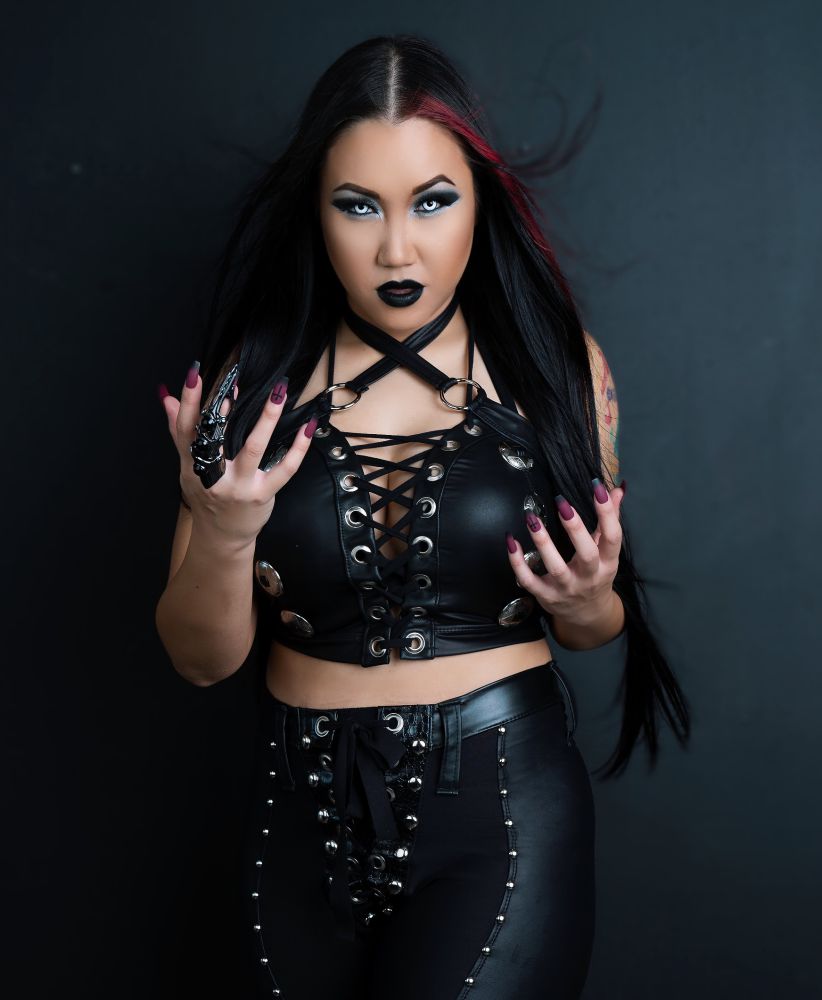 In only four years, Van has quickly become one of the top names on the west coast and has received national attention. She’s appeared on AEW Dark, Impact Wrestling and Championship Wrestling from Hollywood.

But growing up, her wrestling dream was always in the background. Despite being a fan for a long time, Van didn’t decide to fully jump into the pro wrestling world until later in life.

She completed a marketing degree at California State University Fullerton and graduated in May of 2020, but at the same time she was diving into her studies she was also leaping off the top rope in wrestling training. She officially debuted in 2018.

“It’s been a blessing,” she said of Rikishi. “He’s helped guide me in so many ways. There were ways that he just put things into words that just clicked and a lightbulb went on in my head when I started training with him.”

She initially stuck to California in her early years in the ring, but quickly began getting booked in Arizona, Colorado and Mexico. Her first big opportunity getting a national spotlight was taking on Havok at Impact Wrestling’s Star Struck event on Aug. 3, 2019.

Van remained busy during the pandemic, competing regularly on CWFH, Hoodslam and making her AEW debut against Kris Statlander on the July 6, 2021 episode of AEW Dark. 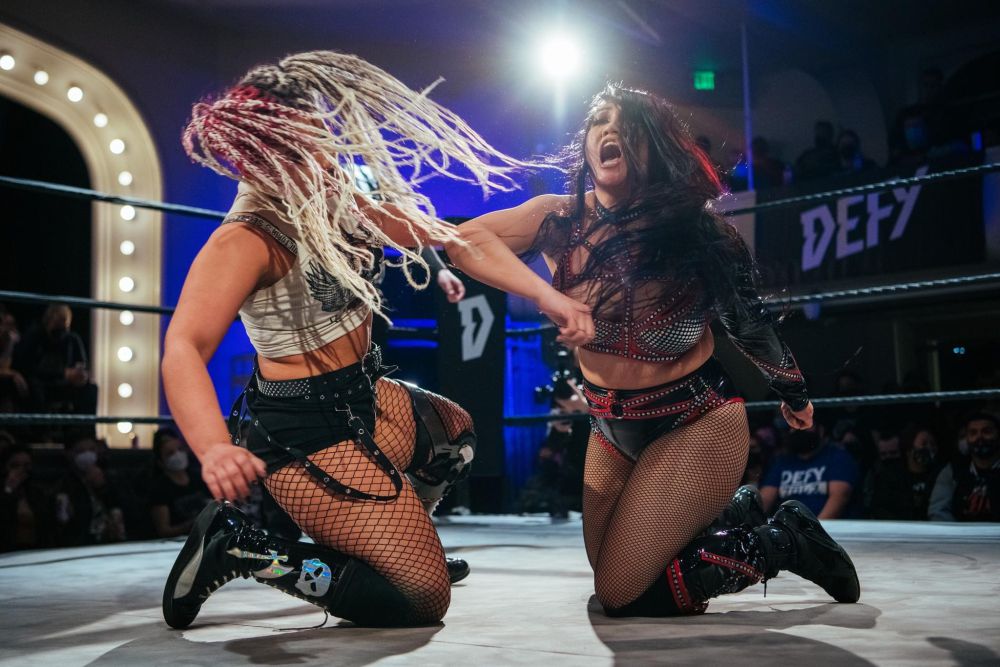 Van said PCW is her home promotion at the moment and she has learned so much there. MLW star and former NWA World heavyweight champion Josef Samael is the brains behind PCW Ultra and Van said he may portray someone unstable on screen at times, but that he’s a genius behind the scenes.

“He’s a great person and one of my mentors,” she said. “He’s really helped guide me and pretty much took me under his wing since I first started. I’ve had great experiences working with him.”

She said Samael has also worked with her to develop and fine tune her look, move set and act and it helped her learn who she is a wrestler.

Who Van is in the ring is a unique blend of several styles. She has lucha training, can fly, possesses stiff looking strikes and smooth submissions. Van said she wants to be a versatile performer.

“I want to be flexible,” she said, when asked about her style of wrestling. “I don’t want anyone to be like,  ‘Oh she’s this type of wrestler – she’s more lucha, she’s more submission’ – no I can do it all.”

The Hellbent Vixen persona has a dark edge to it, with Van often coming out in dark outfits and to hard music. The music is no joke, as for many years she was a vocalist for the California death metal group known as Mocking of the Trinity. She had to step away from music because of the time demands of wrestling and her Hellbent Glam make-up and accessories brand. 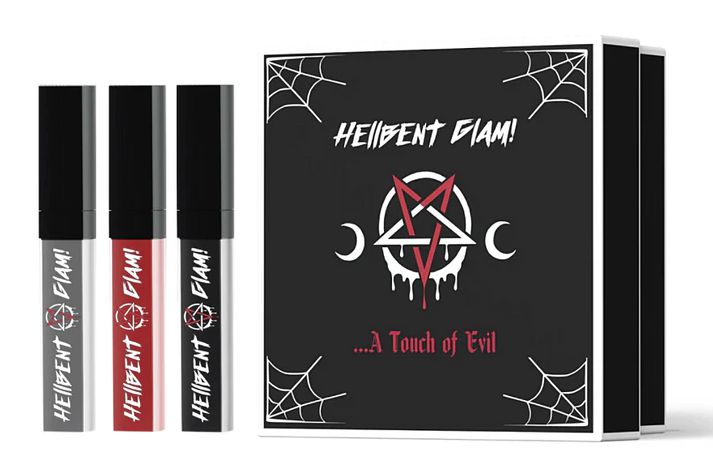 Hellbent Glam products are formulated 100 per cent vegan and cruelty-free. She said the company was formed as a way to use her skills during the pandemic and has been successful.

Sometimes lost in everything that Van has going on is the fact that she is the first-ever Vietnamese-American female pro wrestler. She said her heritage is important, but that she doesn’t want to allow that to define or limit who she is or what she can become in wrestling. “I’m proud that I’m Vietnamese but I don’t have to incorporate that into my work,” she said.

NEW co-promoter Rob Fai said that Van was a no-brainer to bring in. “As we build our women’s division we’re looking for matches that could potentially gain attention down I-5 and from Seattle to the Bay Area, Viva’s name just always jumped off the pages,” he said. “We like that other promotions trust her with their titles, and her work is consistently strong regardless of where she’s booked.”

NEW co-promoter Chris Parry said building the women’s division is a top priority for the company. “We’ve been dead set since the beginning of the company in ensuring women’s matches are an important part of every show and that we develop the local women’s scene by bringing in whoever we can to really test them,” he said. “Viva was a fantastic test for Liiza Hall, who was in the US wrestling Serena Deeb only a few weeks ago.”

Van said she was impressed with everything at NEW – from the set to the lighting to the other talent. She said she will be back in June and is willing to get in the ring with anyone on the NEW roster. She appreciates the way NEW has emphasized the female talent.

“I feel like I when I work some shows we have to fight for just one women’s match,” she said. “But here tonight [April 7] we had four, which is great.”

Van said she’s enjoying the indie scene, but that she would be open to discussions with national companies on a long-term contract, noting that AEW makes its debut in her backyard in California in June.

“I’m a businesswoman so if the contract is right and it worked in my best interest than why not,” she said. “But as of right now I’m a free agent and open to any opportunities.”