Havok looks to Decay IInspirations’ debut at Bound For Glory 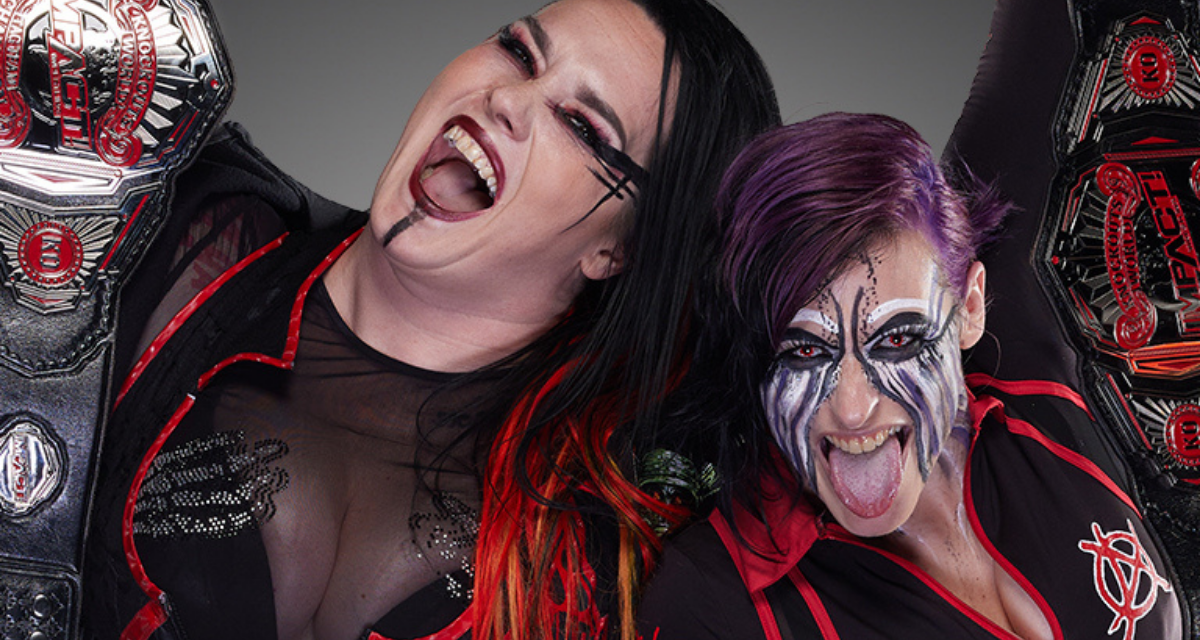 At the moment, Havok and Rosemary are the Impact Knockouts tag team champions, and, at Bound For Glory, will face the debuting team of The IInspiration — Jessica McKay and Cassie Lee — formerly known as the IIconics in WWE.

“I’ve known these two ladies for quite a while. We have shared a few locker rooms on the independent scene and they’re very talented,” (Jessika) Havok told SlamWrestling.net in an exclusive interview. “I love pro wrestling, but my passion is women’s wrestling. I’ve always tried to be as supportive as possible when it comes to the women in the business as it is. So these two ladies I’m familiar, the the fun thing to know is that I’ve never been in the ring with either of them — but I definitely know what they’re capable of. I think that them coming into Bound For Glory, and their first match being for the Knockouts tag titles against Rosemary and I, that’s a great debut for the two of them, but they will be disappointed at the end of the match.”

The match-up for Bound For Glory, at Sam’s Town Live in Las Vegas on October 23, 2021, was confirmed on Thursday’s broadcast of Impact.

“We have a great chemistry, whether we’re fighting each other or fighting alongside each other, but I will say, through our battles together or against each other, we’ve kind of learned a lot about each other and I feel like that’s why we’re so cohesive now as a team because we know what each other is capable of,” said Havok.

Rosemary and Havok are part of the re-launched Decay faction, alongside Crazzy Steve and Black Taurus.

“I’m glad that I finally joined, finally saw where Rosemary was coming from, and I’m glad to finally be part of Decay because I feel like I’m finally with my family,” said Havok. “Together we can do anything. I feel that Decay is unstoppable. I feel like, even aside from myself and Rosemary, that Crazzy Steve and Taurus have shown exactly why they shouldn’t be slept on either. I feel that because of mine and Rosemary’s history in general, … it makes me feel closer to her and I feel like it makes our team and our bond a lot stronger.”

Besides defending the Knockouts tag belts at Bound For Glory, Decay’s Crazzy Steve is in the tournament final for the inaugural Impact Digital Media Championship, an intergender six-way match including John Skyler, Fallah Bahh, Jordynne Grace, and there are two spots still to be filled, with either Chelsea Green or Madison Rayne and Alisha Edwards or Tenille Dashwood making it.

Havok said, as a faction, they have been thinking about standing out. “With Decay, we have an idea in mind for a new look for Bound for Glory, with it being a big, big pay per view, big matches. We’ll definitely have something new and sparkly and scary and pretty, so definitely if this there’s any reason to watch the pay per view, there’s that,” she laughed.

Decay is supportive of each other, but that goes for the whole team at Impact, she said — especially the women. “[We] have a very unique locker room in the sense that all of us, we all support each other, and everybody’s out to make each other look good. We care about each other’s safety. And we know the importance of just being supportive,” Havok said, adding that the Knockouts are “the best women’s division on TV right now — that’s my honest opinion.”

Know your history, said Havok; the Knockouts Division has always mattered. “I feel that they were the women’s revolution before anybody else and that’s not putting anyone else down in any way. But the women’s division was always at the forefront of Impact and I think that’s why I love being at Impact so much is because all the women are being used in some capacity, nobody’s left behind, everyone is featured, everyone has something to do. And it’s just a plus that we literally have the best women from everywhere. I couldn’t be happier with our locker room.”

Recent additions to the Knockouts locker room are Mercedes Martinez and Masha Slamovich.

Havok and Martinez have a long, violent history, just not on a national scale. “She is one of the best women’s wrestlers in the world. She’s done literally everything. And it’s awesome to have someone like her — she gets a future title shot at the Knockouts championship, so we’ll we’ll even see what happens there.”

Slamovich has a history with Havok too — a painful one.

“Having Masha sign with our company is going to be, it’s a wonderful opportunity for her. I actually wrestled her a couple of years ago, at Impact, and needless to say, I kind of wiped the floor with her, but she had some fight. When you get in the ring with someone and you start wrestling and the chemistry is just there, you know, ‘Okay, this person is going to be really, really good.’ And it was awesome to see her return to Impact and it was awesome to see her get this opportunity.” 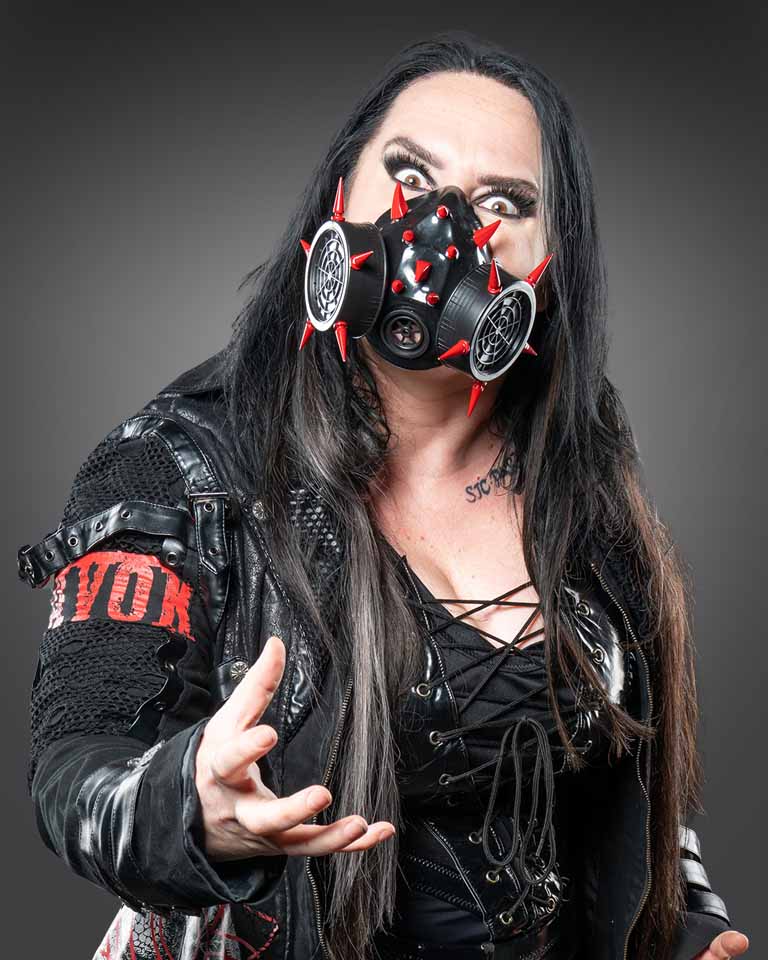 For someone with such a dark character, Havok is heading into the right time of year, and not just Bound For Glory.

“I feel like for all of us little creepy goth girls, Halloween is always a thing,” she said. “I think it goes without saying that Halloween is one of my favorite seasons, or I shouldn’t say season but holidays — it might as well be a season for me. We’re going to have some fun with it. At Bound for Glory, we’re going to be in Vegas, and it’s fairly close to Halloween so I don’t know. I might have a costume or two, just because.”