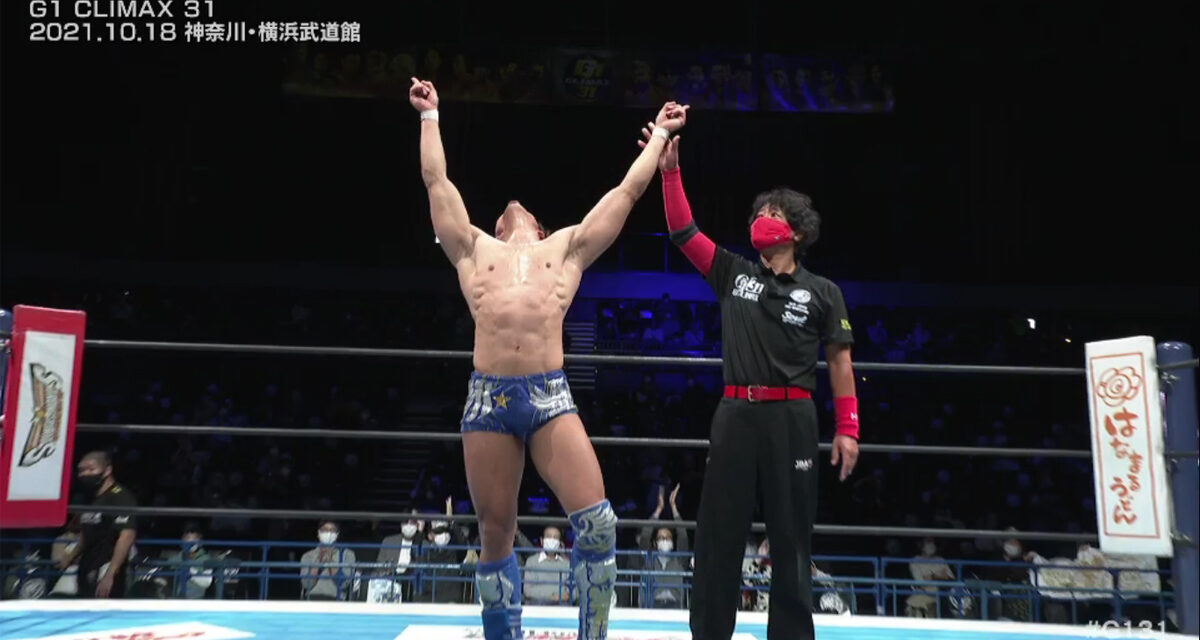 Kota Ibushi is your A Block champion. Ibushi has reached the G1 finals for the fourth consecutive year by defeating Kenta to close out the tournament for A Block. The tournament was rocked early on when Tetsuya Naito had to pull out due to injury. Ibushi has won the G1 Climax tournament for the last two years.

The start of his match with Kenta was all kicks and striking. Kenta runs Ibushi’s head into the post. Both men fight on the floor until Kenta removes a turnbuckle pad looking for the strategy that has helped him thus far in the G1. Ibushi lays Kenta out on a table. Ibushi splashes Kenta from the top rope through the table. Ibushi pins Kenta with a rising knee strike, a reverse and a normal Kamigoye. 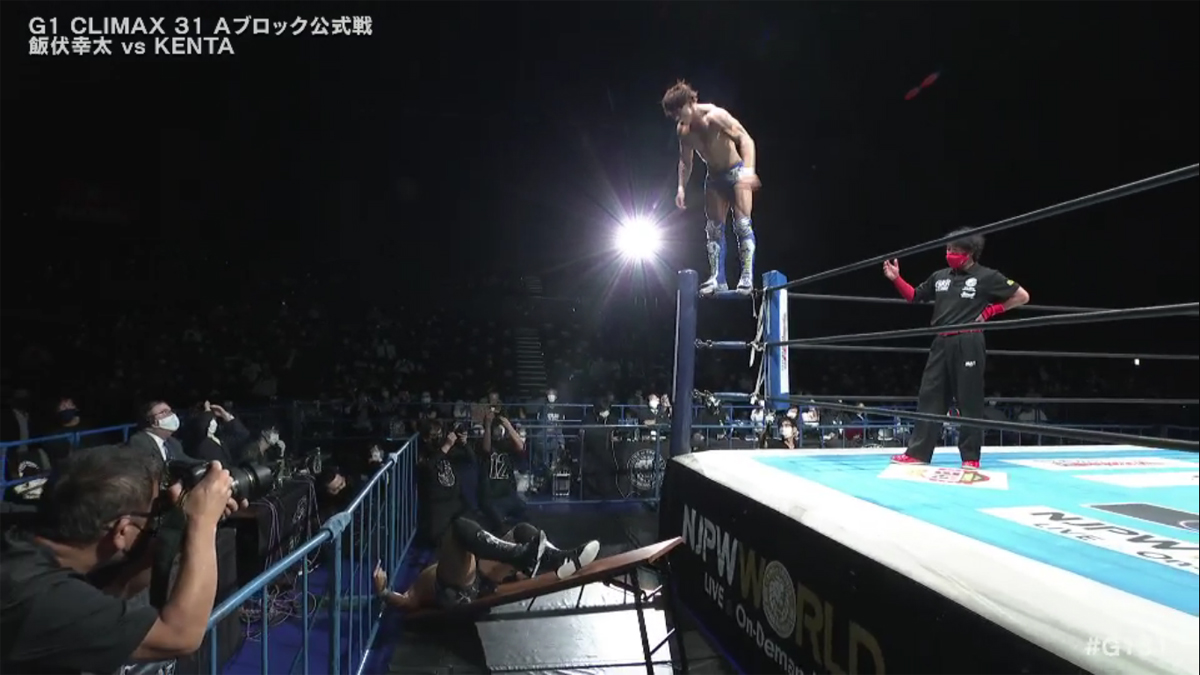 Air Ibushi is ready for take off. Courtesy: NJPW.

“I will not waste this chance! I will make it a hat-trick!” a triumphant Ibushi promised after the match.

Ibushi will face the winner of B Block in the finals of the tournament on Thursday.

The Great-O-Khan versus Satoshi Kojima

Khan attacks Kojima before the bell or before he can even get his jacket off. Khan pins Kojima with the Eliminator. 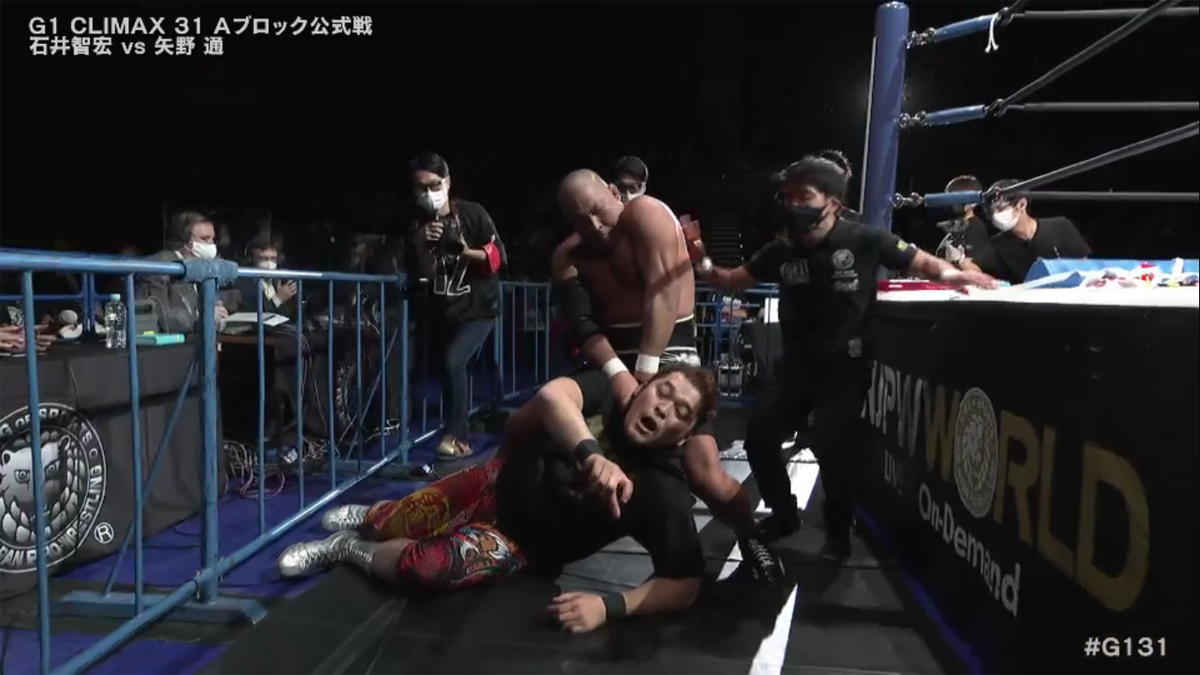 As Ishii is stepping through the ropes Yano kicks him in the crotch. Yano tries to put a hood on Ishii. The official confiscates it. Yano pulls Ishii’s t-shirt over his head and goes for a pin. Ishii kicks out. Yano removes one of the turnbuckles but Ishii cuts him off from using it. Yano responds in kind throwing Ishii into the steel barricade. Ishii chokes out Yano with his own t-shirt. The official warns Ishii about this rule-breaking. Ishii grabs him around the throat risking a disqualification. Yano slides under the ring. As the officials lays down his count Yano yells out that he is scared of the dark. Yano finally finds his way out. Ishii throws the turnbuckle at Yano hitting him in the head. Ishii pulls Yano by his ears demanding he fight. Ishii stands Yano up in the ropes, lifts his shirt up and wails on his chest with some chops. Yano gives Ishii a mule kick to the “lower abdomen” and a backslide for the win. 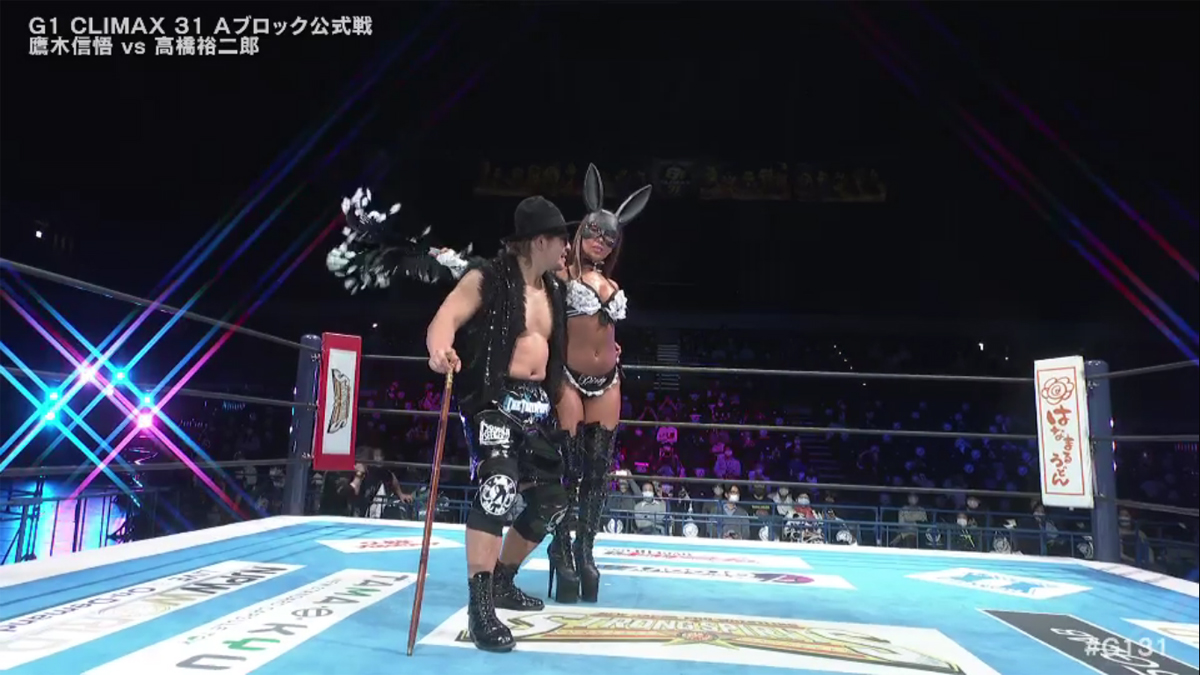 Shingo gives Yujiro a Death Valley Driver on the concrete floor but The Tokyo Pimp grabs the champ’s leg forcing the official to count them both out. This outcome helps out Kenta with his quest to win the block. It appears to be Bullet Club’s plan. Both men get one point each. 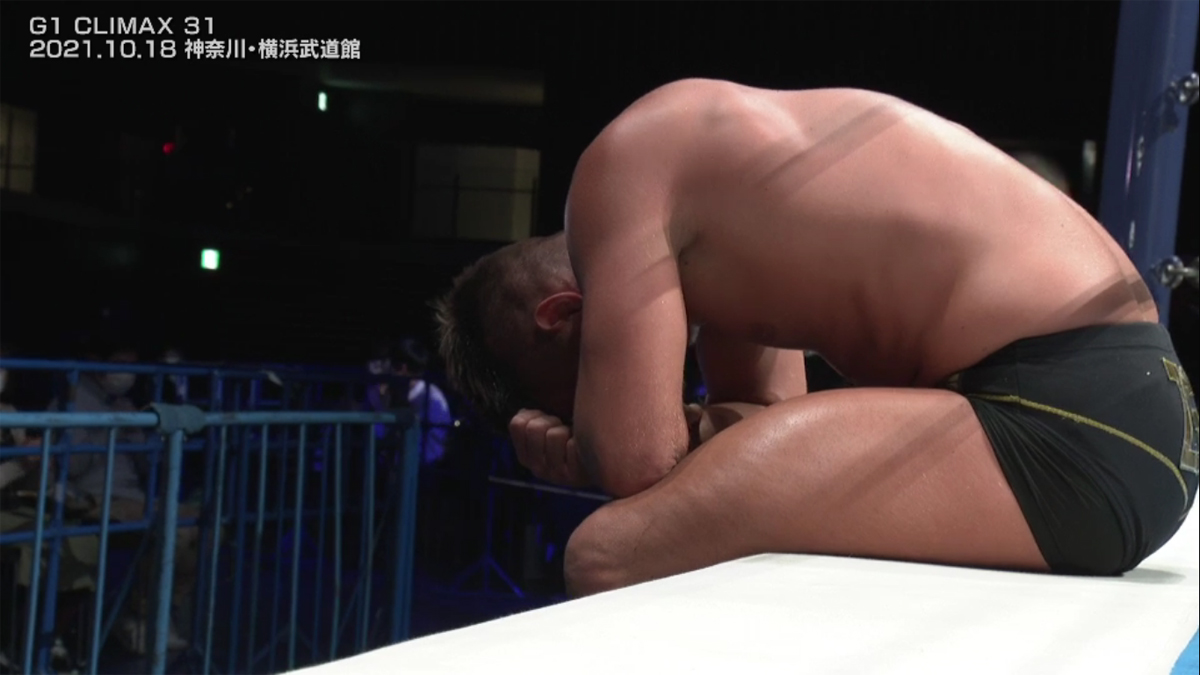 Sabre Jr. is devastated over his loss. Courtesy: NJPW.

Loa plays spoiler turning a Zack submission move into a roll-up. Sabre cannot believe what has happened. Zack is out of the running. The appreciative crowd gives ZSJ a big round of applause for his G1 efforts this year.