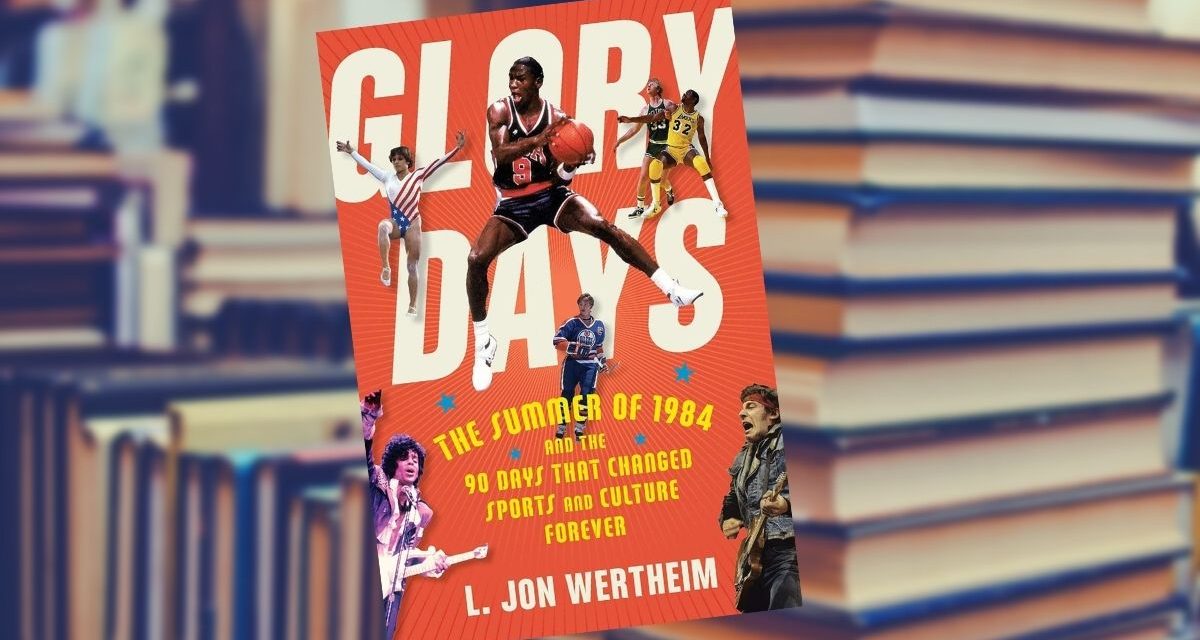 Having grown up in a world where any tidbit about professional wrestling in a mainstream publication or book was something to be celebrated, it’s a tough habit to shake.

I picked up Glory Days: The Summer of 1984 and the 90 Days That Changed Sports and Culture Forever because I am a fan of the author, L. Jon Wertheim, from the pages of Sports Illustrated, which I subscribed to for decades until just recently, when I let it lapse. What had been required weekly reading became less than monthly and something that would sit around the house rather than be devoured and dog-eared.

To my surprise, I opened up this book and realized there was a chapter on The Brawl to End It All, the WWF (World Wrestling Federation, now World Wrestling Entertainment or WWE) special that aired on MTV on July 23, 1984. Naturally, I started reading there.

For those who are unfamiliar, the event at Madison Square Garden was a result of Cyndi Lauper’s “Girls Just Want to Have Fun” music video, which included Captain Lou Albano. After it became a hit song, Albano, Lauper and her manager/boyfriend Dave Wolff cooked up an angle, where Albano took credit for her success, and spewed anti-feminist rhetoric. It worked, and got them all a lot of attention.

WWF pitched the idea of a show to the music video station, MTV, and it ended up being the most-watched program in the history of the channel, with a 9.0 Nielsen rating, with Wendi Richter defeating The Fabulous Moolah to win the WWF women’s championship, ending Moolah’s historic and fabricated 26-year run as champ.

Wertheim’s take on the event itself is not groundbreaking by any means, but to me, its very inclusion is an acknowledgment that pro wrestling matters as a part of popular culture — which was not the case in the late 1980s, when I was growing up, trying to find any information on it. It was seen as a joke, and laughed off on news broadcasts, or in the entertainment section (if anywhere) in the newspaper.

When I got Wertheim on the phone for my Two Minutes for Reading so Good blog at the Society for International Hockey Research website, we talked about wrestling — and his newfound respect for it.

“I walked away with a fair amount of respect for Vince McMahon, at least the 1980s Vince McMahon. He seemed to see around a corner that none of his competitors did,” said Wertheim. “I think the people that saw cable TV coming, Ted Turner, he very nearly owned ESPN and WWE that summer — but Ted Turner, David Stern, [Michael] Jordan, Vince McMahon, that understood the power of cable, they were the big winners.”

There was a learning curve. “Honestly, I knew more about Vince McMahon from disgruntled former WWE employees and his wife’s run for Connecticut politics. … Reading the Vince McMahon newspaper coverage and and the clips in the context of the ’80s, he struck me as a fairly savvy and prescient.”

The inclusion of wrestling in Glory Days was accompanied by what I perceived as a slight. Wertheim notes at the end of the chapter, “Let the record reflect: She [Richter] would not speak for this book project unless she was paid a fee.”

As notable as it is that wrestling was included, to me the sentence above shows that Wertheim considers wrestlers different that the other people he talked about in the book. Did Michael Jordan, whose turn from college basketball star to Olympian to shoe salesman is the core of the book, turn him down for an interview? Not noted. Olympic gymnastic superstar Mary Lou Retton? Not noted. Did the world’s worst football team owner, Donald Trump of the USFL’s Generals say no to chatting? Not noted.

So I had to ask Wertheim.

“She said to do if she were paid,” he said, referring to Richter. “It’s funny who agreed to talk and who didn’t. I honestly had a lot more success than I thought I would. Maybe it’s because it was long enough ago that people were just said, to heck with it. But no, Jordan was kind of the one, Jordan declined my interview request. But he did not say, ‘I will talk to you, provided you meet my fee.’ That was kind of a new one by me. I chalk that up more to her being an independent contractor and the economics of wrestling than anything.”

Setting aside my distaste for the uncalled-for shot at Richter, Glory Days is a great book. It’s fascinating to look back on that summer of 1984 through his American eyes: from the Edmonton Oilers winning their first Stanley Cup to the Chicago Cubs making the National League playoffs — and there’s a lot in between, especially the Los Angeles Olympics. And, as Wertheim is one of the world’s leading tennis writers, there’s more of that sport over, say, golf (none) or a very specific game-changer from that summer — the Pittsburgh Penguins picking Mario Lemieux in the NHL draft and thereby saving the franchise. (Sports Illustrated never covered hockey enough, period.)

Some of the unexpected asides, to the courtroom as the NCAA figures out amateurism, and how computers, just after the Apple Mac was launched, came to play a role in sports, are the most memorable stories simply because they haven’t been told countless times — like the battles between Magic Johnson and Larry Bird.

Glory Days is very much a moment in time, and it makes for plenty of good, nostalgic moments 37 years later.