NJPW’s Golden Fight series off to a slow start 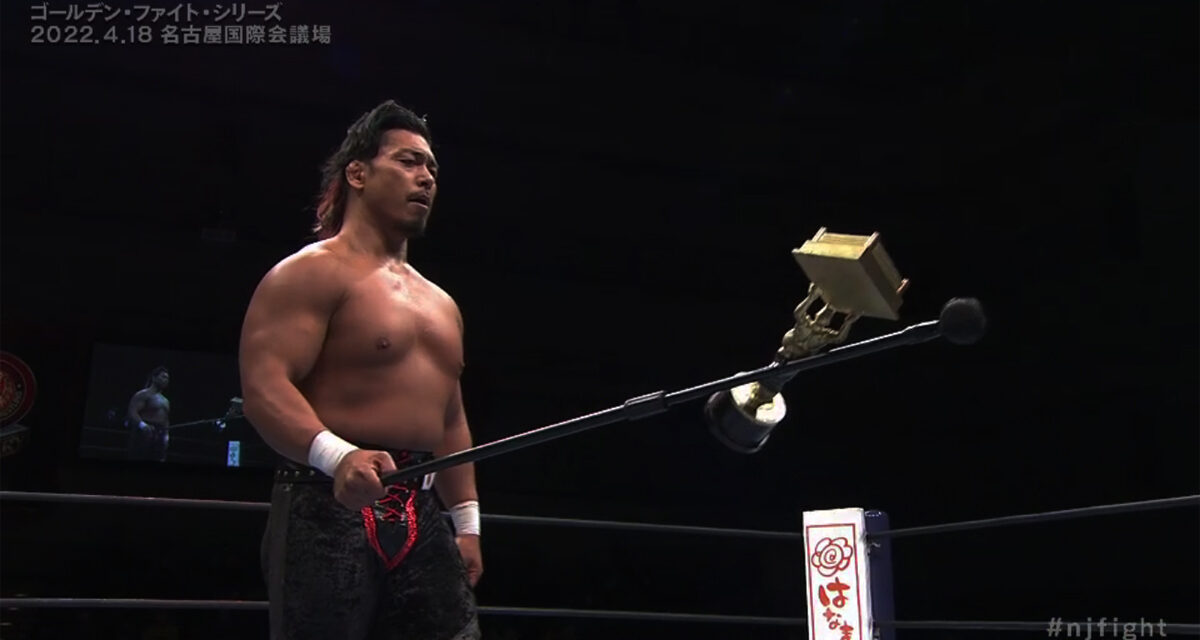 After a strong card of mostly singles matches with Hyper Battle, NJPW has descended back into its tag team booking with the first night of Golden Fight Series.

All in all, it was a pretty bland evening. The matches were fine, nothing memorable and no interesting happenings except for Shingo Takagi reminding Taichi that he is getting a crack at the KOPW provisional title.

As always Naito and Okada had a spirited contest but it was Hiromu scoring the win for LIJ with a Time Bomb on Yoh.

A disappointed Okada walked off with his title while Hiromu berated Yoh for losing. Naito interviewed Hiromu in the middle of the ring. Hiromu predicted that Naito would become the new IWGP World Heavyweight Champion at Wrestling Dontaku on May 1st.

The Golden Fight Series continues on the Tuesday and Wednesday (VOD only) and concludes on April 25th with Shingo Takagi meeting Taichi in a match with no time limit for the KOPW provisional title as well as Tanahashi and the Guerrillas of Destiny challenging the House of Torture for the Never Openweight 6-Man Tag Team Championships.

A bit of comedy here as Suzuki-gun works over Taguchi’s ass until he lays twitching on the mat with his butt in the air. ZSJ makes Makabe submit as Douki makes Taguchi submit. Douki mocks Taguchi.

Owens hilariously picks on a fan knocking her Tanahashi teddy bear off the barrier again and again. What a dick. Gedo goes for his brass knuckles. Yano dodges, punches both Gedo and Owens in the “lower abdomen” rolling up Gedo for the win.

Tanahashi puts Togo away with a High Fly Flow.

Takagi gets the win with a Pumping Bomber on Taka. Takagi takes Taichi’s microphone stand and the KOPW trophy dangling them in front of the provisional champion. Taichi has taped the trophy to his microphone stand. Takagi eventually politely hands it back to Taichi.