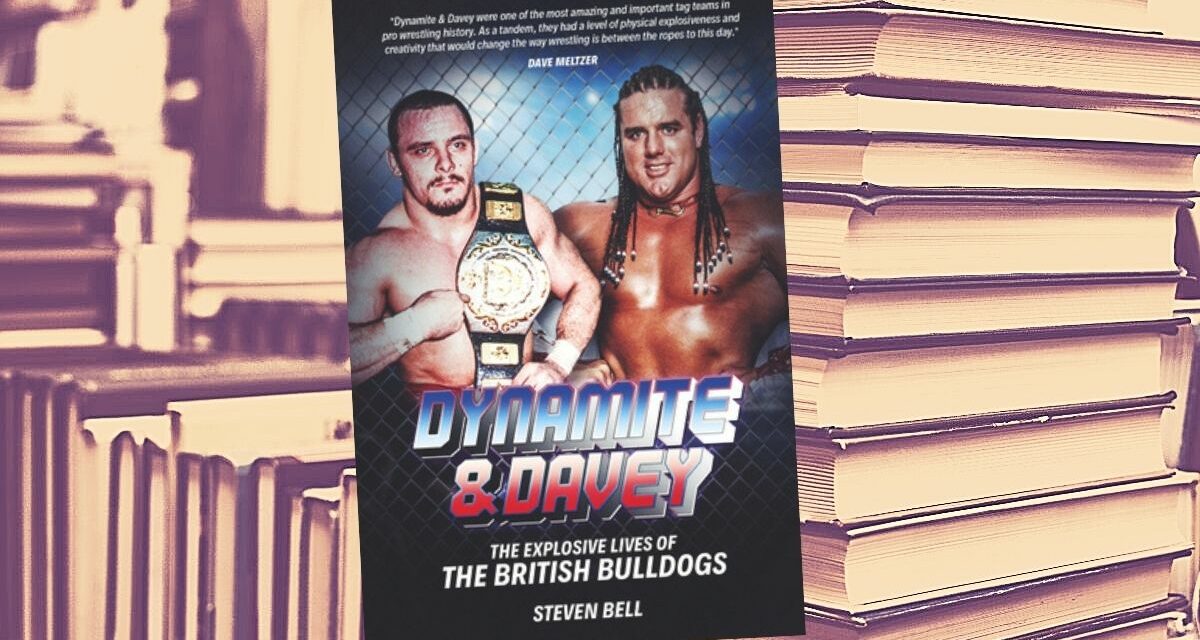 I was very fortunate to come of age as a fan, and soon ascend to the status of avid follower, of professional wrestling in the 1980s. I should preface that in those days, growing up in Southern Ontario, that meant being a WWF (now WWE fan). Other wrestling associations, like the NWA, AWA, World Class, etc … and stars like Ric Flair, Dusty Rhodes, the Road Warriors, and the Von Erichs were only pictures and stories in the various wrestling magazines that we snapped up as soon as they made their appearance on the shelves at the local convenience store.

So professional wrestling for me meant, Hulk Hogan, Roddy Piper, Andre the Giant and all the larger-than-life characters that inhabited the WWF back then.

Then in 1985, the British Bulldogs — Davey Boy Smith and “Dynamite Kid” Tom Billington —  made their debut and everything changed.

It’s hard to imagine now, especially in a world when professional wrestling from around the world is just a click away, how jaw-dropping it was when the Bulldogs arrived in WWF. In an era where most of the wrestlers were big, lumbering, and decidedly did most of their wrestling “on the mat,” the Bulldogs were the complete opposite of that — small, fast, and employing a wide range of moves from the top rope. The Bulldogs were, to be perfectly blunt, athletic, at a time when that was definitely not the norm. And all of that combined to make the Bulldogs a must-watch every time they appeared on our television screens.

Now they are the subject of a just-released dual biography written by Steven Bell, entitled Dynamite and Davey: The Explosive Lives of the British Bulldogs.

Admittedly, this is not the first telling of the story, as the Bulldogs have played a central role in books, television episodes, and the like. Naturally, the most famous (or infamous) of these was the Dynamite Kid/Tom Billington’s 2001 autobiography Pure Dynamite: The Price You Pay for Wrestling Stardom, surely one of the most harrowing of all wrestling related autobiographies.

Bell’s book follows a similar path to Billington’s earlier autobiography, starting with his humble beginnings, his rise to wrestling stardom in both Japan and Calgary (as a fundamental part of Stampede Wrestling), his glory days in the WWF and then his long, sad fall, both professionally and personally.

Unable to rely on new material from either the Dynamite Kid (who passed away in 2018) and Davey Boy Smith (who passed away in 2002), in Dynamite and Davey, Bell is forced to rely on much of what was earlier told in Billington’s autobiography. He augments this with a heavy research emphasis on the Bulldogs’ beginnings, and how their backgrounds, both familial and geographic shaped their futures.

In terms of sources, he was able to speak at length with members of the Billington family as well as the Hart family. What is missing however, are any type of new insights from those who worked alongside the Bulldogs, such as any fellow wrestlers that don’t have the last name Hart, much less anyone else at that time who worked in the industry. In other words, some of the people who “were there” and might have been able to provide a new angle to a story that’s already been well documented.

Perhaps the most glaring omission from the book is the lack of co-operation from any members of the Smith family. As a result, the book naturally, tends to focus more on Dynamite Kid’s story at the expense of Davey Boy, which again makes the book quite similar to what has come before, whether it be in Billington’s autobiography, or in the recent Dark Side of the Ring episode that focused on the Dynamite Kid.

Much has changed since the Bulldogs first burst on the scene. At the time we didn’t know how relatively short their run at the top would be and we certainly had no idea of all of the stuff going on “behind the curtain.” Now that all of that is out in the open, and while it’s impossible to wipe that out of your mind, I prefer, and I’m sure I’m not alone in this, to remember the British Bulldogs when they were at their best — young and innovative — and must see for anyone who was lucky enough to watch them in those heady days.

Dynamite & Davey is available now through the usual channels, as well as through Bell’s website.