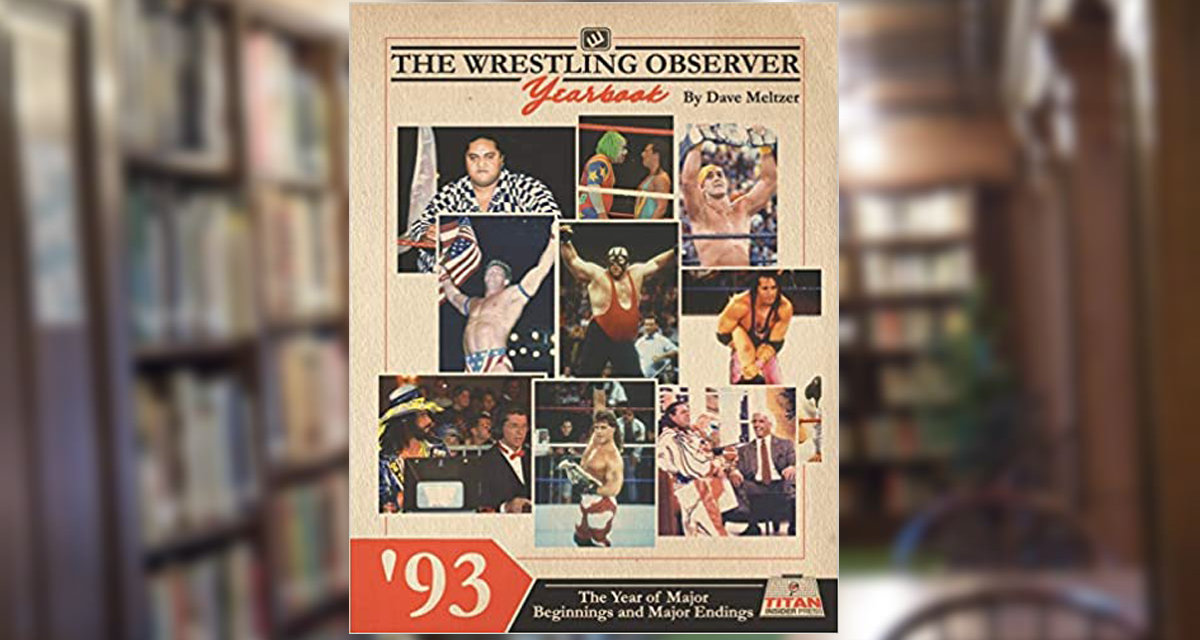 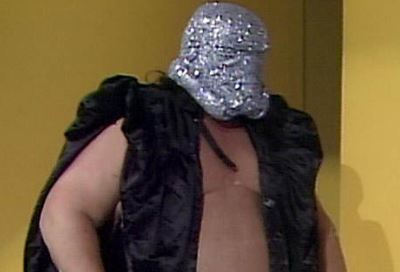 Who could forget The Shockmaster?

The WON started in 1982, reporting on weekly pro wrestling matters to subscribers. Concluding each year, Meltzer would construct yearbooks that revolved around its biggest stories and annual awards; however, the tradition in part would cease in 1990. Now partnering with Inside the Ropes (ITR) and its publishing arm Titan Insider Press, Meltzer is producing new printed and digital yearbooks available to all. Launching in 2020, ITR and Meltzer first published a 1997 yearbook with intentions on releasing three to four different additions every upcoming year. The books aren’t running chronologically, but rather based on fan interest.

Enter the series’ second publication of past, compiled WON articles. These articles from 1993 are organized into easily referenced sections of topics like “The Early Days of ECW” (Eastern Championship Wrestling, which would later become Extreme Championship Wrestling) for example, altogether spanning 49 total chapters from an evidently engrossed Meltzer.

Beginning the book, which was initially written in ‘93 of course, Meltzer expresses his gratitude in a letter towards his readers and commemorates the 10th anniversary of WON. His recollections of starting this newsletter fairly young was especially intriguing to me, an even younger writer with a steadfast wrestling obsession. So, with me personally lacking the firsthand experience of 1993, this book was an extremely informative read in regards to both pro wrestling and further. Case in point, the now defunct 1-900 lines were apparently very prominent in foregoing times and were the inspiration for many key quotes in the book.

Certain things have survived since then, such as Meltzer’s talk of ratings and his unapologetic input. His reference to World Championship Wrestling (WCW) as “World Chaos Wrestling” represents an early example when discussing the promotion’s ill-conceived decision making: numerous other chapters highlight significant departures, backstage drama, and overall declining numbers. He later describes WCW as “the laughing stock of the industry” with promotions like New Japan Pro Wrestling (NJPW) and Asistencia Asesoría y Administración faring much better profit and attendance wise.

With WCW being outdrawn by even Smoky Mountain Wrestling in some instances, the promotion found common ground in fellow powerhouse rival the World Wrestling Federation (WWF, now World Wrestling Entertainment or WWE) with the shared struggles of recessing business and behind-the-scenes turmoil. The latter issue persisted throughout 1993, particularly stemming from rampant legal wranglings and scandals. Noticing a building trend of consequential lies from wrestling’s people of power, Meltzer repeatedly urges against the con-man mentality and incapability to differentiate between fantasy worlds and reality. 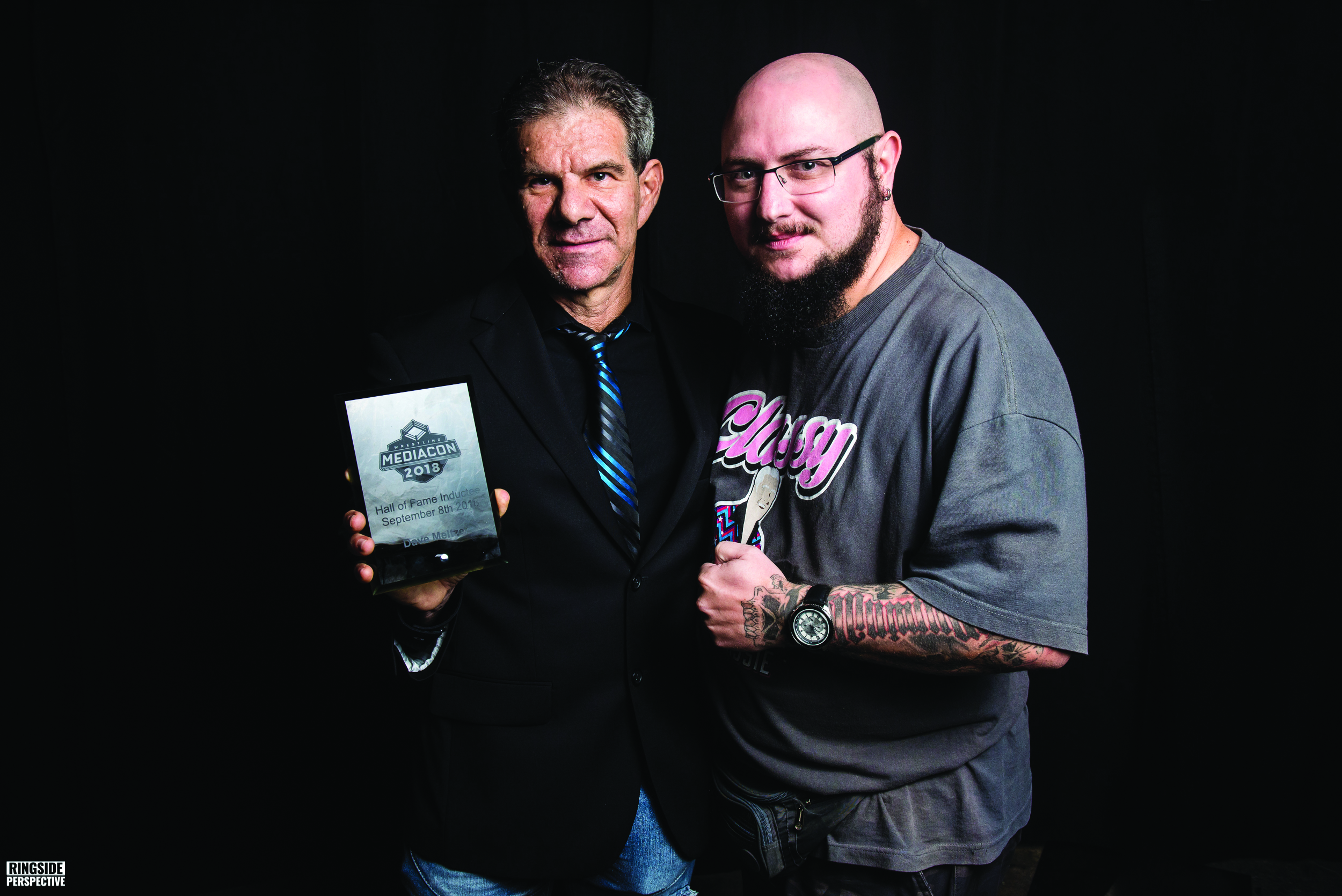 Most notably, the book’s largest chapter details a prolonged public headliner in “The Steroid Scandal.” This section analyzes the high-profile cases and subsequent onslaught of negative publicity towards pro wrestling’s drug debacle with Vince McMahon, the chairman and CEO of WWE, taking the brunt. Meltzer mentions mid-year that the integral Justice Department commended WON for being the only involved media source accurately reporting the legalities of anabolic steroid usage, which I must point out Meltzer does excellently throughout the chapter. From fraudulent drug policies to federal investigations, the chronicle of Titan Sports’ almost lethal injection is very revealing.

But since the scandal itself was complicated, its reportage was blamelessly much to digest. In parallel, the book’s essence of straight news is bound for reader burnout, especially with a lengthy 377 total pages. Agreeing with SlamWrestling.net’s previous yearbook review for the 1997 edition, some pictures or retrospective annotations in between from Meltzer would’ve been appreciated to vitalize the reading experience.

Regardless, the given structure puts emphasis on standalone chapters, each offering unique stories to absorb. This reader’s favorites include: “Hulk Hogan Saga,” “Lex Luger Debuts in WWF,” “Sid Stabs Arn Anderson,” and “Jerry Lawler Indicted.” Plus, featured are some of Meltzer’s acclaimed obituaries, which for 1993 includes Andre the Giant and Kerry Von Erich among others — all contributing to the year’s calamitous track record.

These six bonus chapters finish the book, the latter four in particular gauging the year’s shortcomings and successes:

The hindsight shown is indeed interesting, and obviously the hindsight of reading Meltzer’s articles decades later is stronger. Besides Vader having a highlight run in 1993, WCW in general received much of the newsletter readership’s negative awards. Unexpectedly, the promotion’s fortune would change slightly after acquiring one Hulk Hogan following his underwhelming 1993 string and departure with WWF.

To an extent, Meltzer rebukes both promotions for using aging talent to combat falling ratings — an issue still prevalent today. Ironically, he also cautions against the rising levels of violence in wrestling with increasingly apparent dives and high-risk maneuvers. An “on fire” All Japan Women’s Pro-Wrestling roster was nevertheless sidelined with injuries and Frontier Martial-Arts Wrestling’s (FMW) exploding barbed wire death matches set a dangerous bar. An interesting note is that the 2020 WON award winner for best promotion of the year, All Elite Wrestling (AEW), recently revived the exploding barbed wire stipulation at its Revolution pay-per-view. It however failed to recreate the popular Atsushi Onita versus Terry Funk finish of 1993.

Hearkening back in hindsight is this book’s second greatest appeal. Those familiar with pro wrestling in 1993 will undoubtedly find nostalgia in its numerous detailed reportings and immersive insight. The primary appeal is Meltzer’s astonishing level of research and knowledge showcased throughout. Moreover, the yearbook is a testament to Meltzer’s unwavering longevity and dedication to his newsletter. With similar publications being released in forthcoming years, this yearbook series is a must-have collection for WON enthusiasts and a fantastic resource for pro wrestling fans alike.