Behind the Gimmick Table: Toronto’s Johnny Pota an organized hoarder 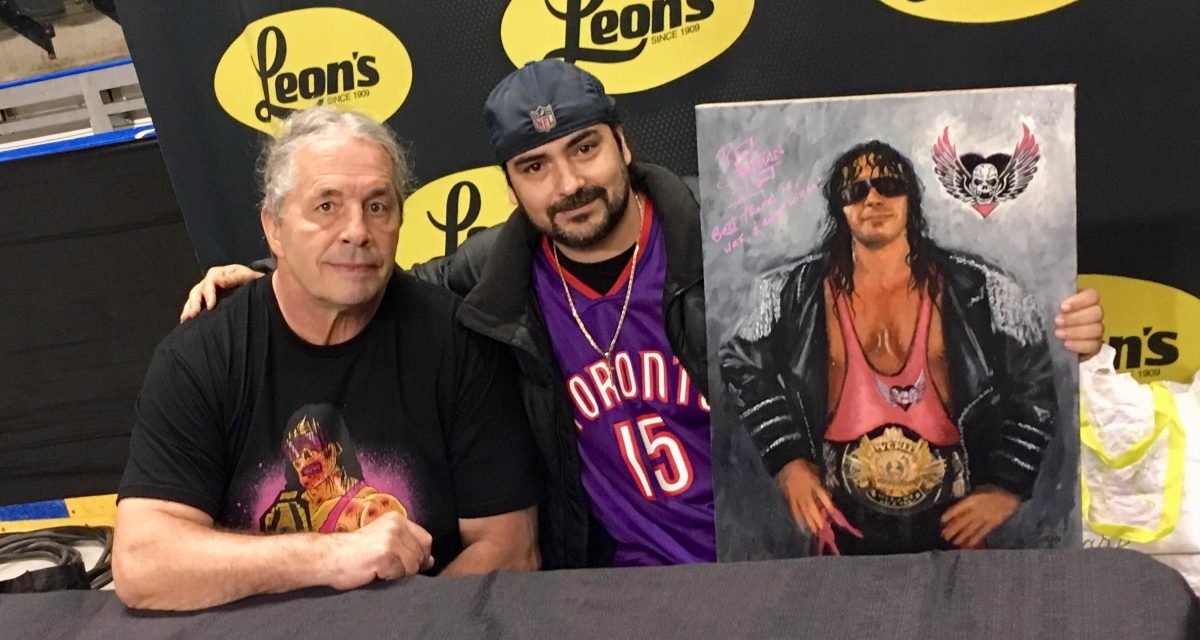 You might call Johnny Pota a hoarder, if he wasn’t so organized. 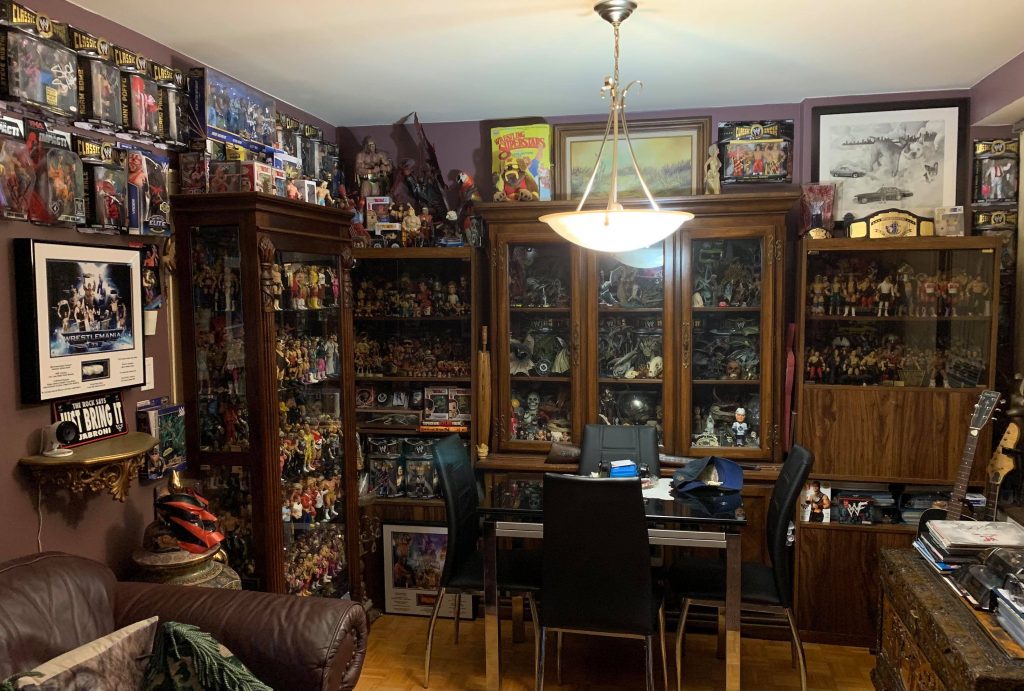 The Toronto, Ontario, apartment he shares with his girlfriend would resemble a museum if everything could be displayed. Much of the impressive artifacts occupy unusual storage spots such as kitchen cupboards and photos do not do his nostalgia-nest justice.

Pota told SlamWrestling.net this nostalgia dates back to attending WrestleMania 6 in 1990 at 6 years of age with his mother and her boyfriend, who was a wrestling fan. It was then that Pota’s love for wrestling sprouted abruptly and intensely. 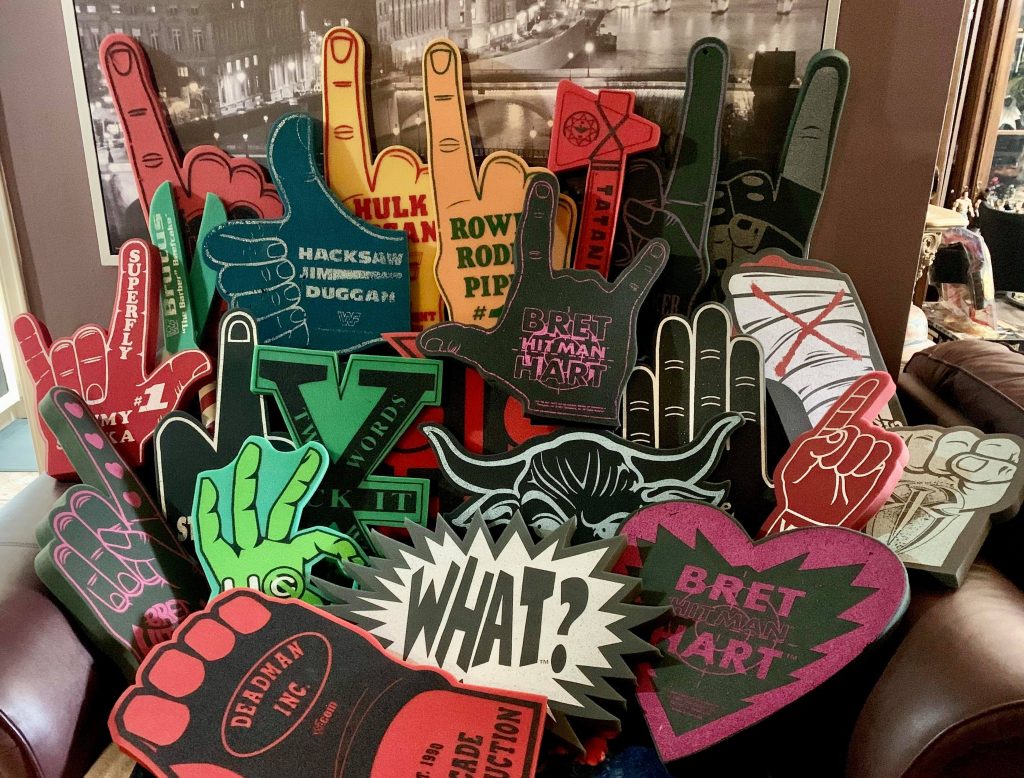 Due to the size and material, vintage foam can be difficult to find in good condition.

Pota’s mother began to take him to WWF events in the city regularly. A big part of the experience for him was getting merchandise. At the events his favorites were the foam items. When it came to action figures, the store shelves featured the primarily Hasbro-branded products at the time.

The WWF LJNs of the recent Rock ’n’ Wrestling Era were finished and the lingering items that sometimes appeared on clearance did not at first appeal to Pota. But upon inheriting a collection of them from an older cousin, the big rubber wrestlers became a favorite on par with his beloved Hasbros.

Playing with wrestling figures is primarily a solo activity but Pota said that he and his #1 childhood wrestling friend found a way to share the experience. “We would play with [the figures] as realistic as possible and take turns so one would do all the action and the other the announcing. Then switch,” he said. This experience would echo his experience in the tight-knit wrestling figure community he would find later in life. 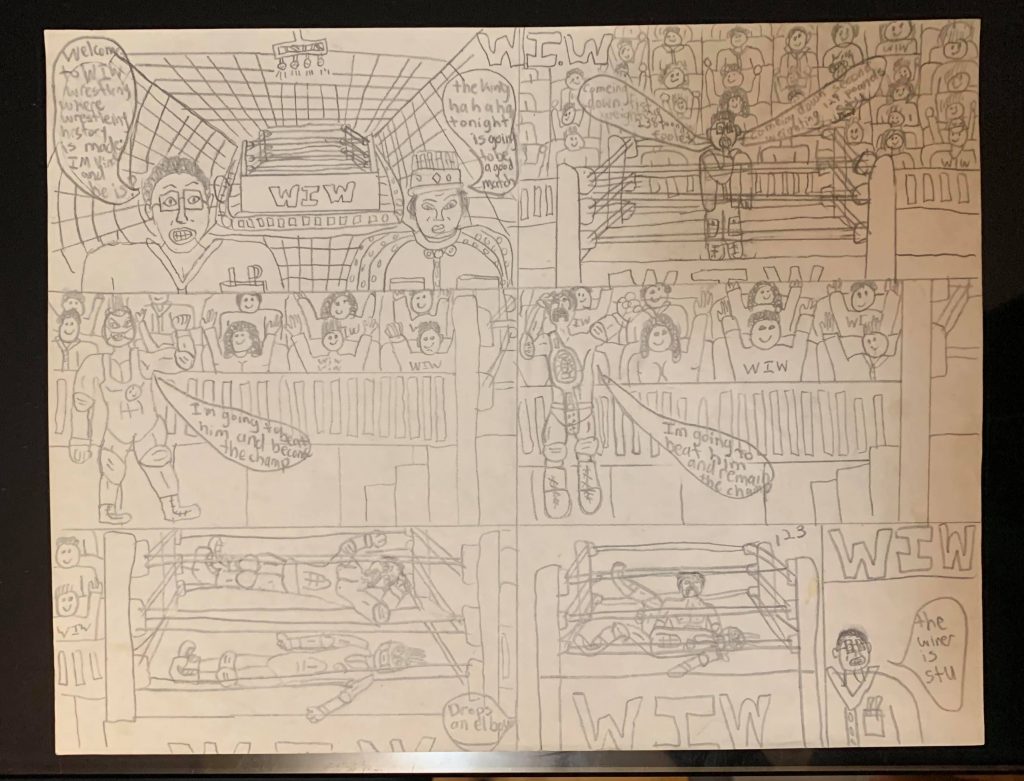 At the height of his grade school fandom, Johnny Pota’s wrestling art was featured in his school yearbook.

But even then Pota had the heart of a collector. “I cared about the condition of my figures so [I wasn’t] super rough on them.”

Pota’s collecting came to a halt in the mid 1990s, as he had “more interest in going to hang out with girls and partying.”

The prospect of actually being able to acquire figures to complete his LJN and Hasbro collections is what brought Pota back to the hobby at the age of 19. The dawn of eBay at the turn of the century is what allowed for this.

Within a few years, Pota’s collecting would peak as he completed these goals. His collecting would valley but build to another ever rising peak in the mid 2010s, where he began to acquire most anything wrestling related that interested him. 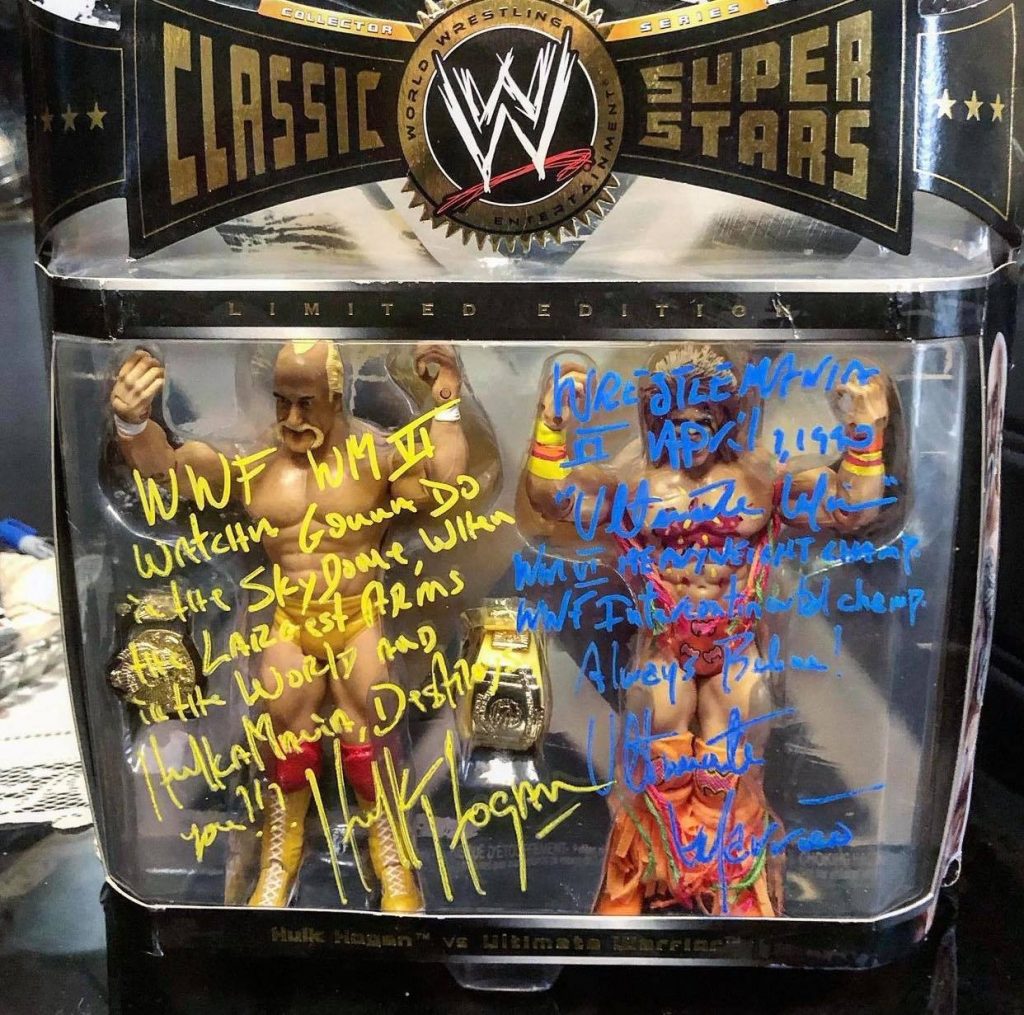 It was at that point his figure collection would expand to include expanding his LJN collection to figures still in the packaging and as many of his favorite line of Jakks Classic Superstars autographed as possible.

Additionally he expanded his collecting to include the aforementioned foam items, prototype figures and more. 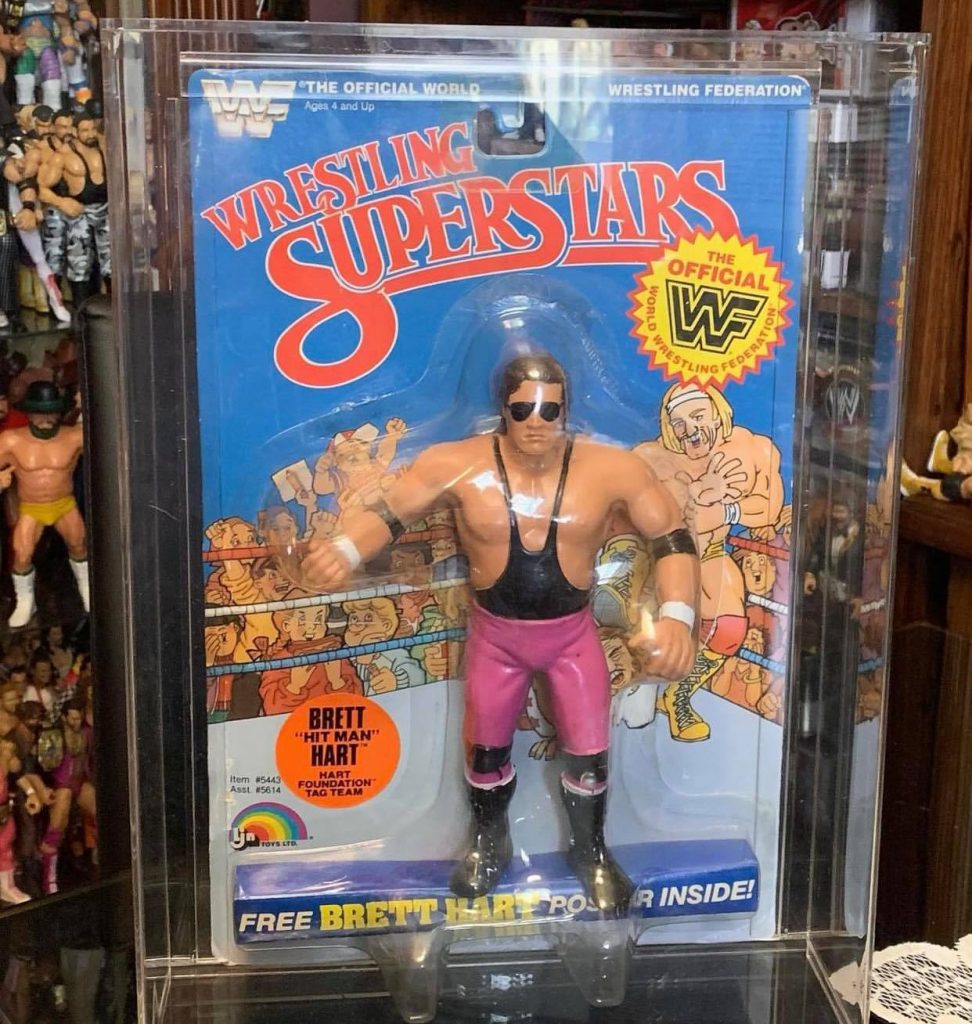 The timing to do so was good. By the time he had attained his ultimate figure “grail” of a wanted figure, the market had exploded making the figures he had recently purchased more expensive and out of reach. Remaining on his most wanted list is a signed Classic Superstars Eddie Guerrero, a hard to find item due to the short window of time for Guerrero to have signed one before his untimely death. But Pota says he knows “they are out there.”

The market continued to climb during the COVID-19 pandemic along with other collectibles. During this, Pota was swept into the trend of online live video auctions and signings. It was in these events that helped him bolster his autograph collection and delve into ring-used gear.

Communities are key for collectors. Without communities these online events would fail and conventions of course require convening. The collector to collector private community is often where the best prices and rarest pieces are found and Pota’s circle is a wide one. 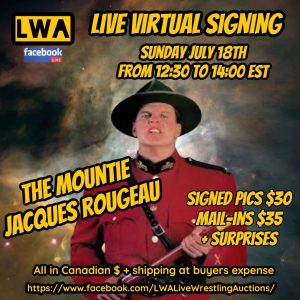 As the pandemic subsides, Pota is excited to make a return to live signings and events. Sunday July 18th, he intends to make his way to Montreal, Quebec, for a Jacques Rougeau signing that he is involved in promoting. He also has plans to begin producing such events himself, but won’t say much more than that.