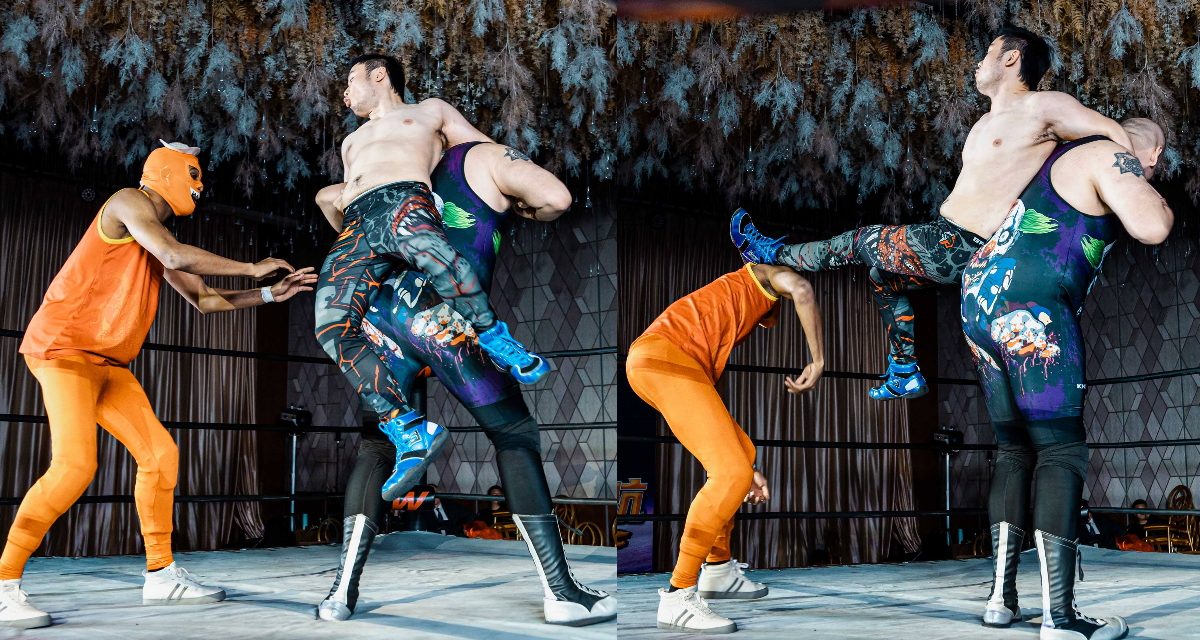 Welcome to our weekly coverage of MKW Blast-off. This week Supreme Society shows off there handicap match skills in preparation for their unique shot against MKW champion Zombie Dragon and we will see the inaugural Tag Team Championship Tournament winners C2NY take to the ring for the first time as as champions.

After the intro commentator Beastface Killah welcomes us, gives a recap of last week and a preview of this week. 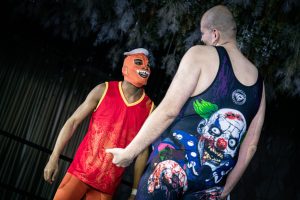 Kid asks for Johnny to start. Kid’s strikes dont phase Johnny. Johnny quickly takes control. He and Ray tag in and out while showing off a variety of tandem offense and win in short order after Johnny’s marching slam and splash combo with a pin assist from Ray.

Steve refers back to their match versus Lucha Mascaras as a midterm that Tao failed. He wonders if Tao is a “special ed student” and implores Tao to not let him down again. He leaves the match to Tao unless help is absolutely necessary.

Tao has a hard time finding a chink in Cui’s armor to start as Cui condifently allows him to try various approaches. Tao finds success with a headlock. Then lets go in favor of striking the surprised Cui.

Cui takes control after a cartwheel evasion and head kick allowing Saga to come in and dominate Tao.

Tao begs for Steve to take the Tag and he reluctantly does just long enough to get beat up by ATD in stereo before eye gouging his way back to tag a rested Tao.

Tao comes in on fire on Cui and caps off laying him out numerous times with a belly to back bomb that took him three tries to muster up the strength for. Tao signals “You can’t see me” and Steve scolds him saying “no John Cena.”. Upset Tao tags in Steve and leaves.

Steve yells for Tao to return allowing ATD to strike him from behind. A facebuster by Cui finishes Steve off for the pin.

Excellent high energy PIP promo from the Irish Whips as they enter.

Holmes starts off sneakily but Mamba’s hard hits and techniques prevail until a botched assist from Connor sends Holmes to the outside where the partners argue.

Mamba joins them on the outside but gets rammed into the post by Connor. 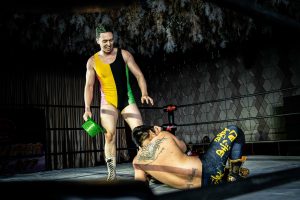 Back in the ring Holmes keeps control of Mamba. He gets so cocky he almost loses it but Connor helps from the outside.

Mamba finally turns things around by slipping into a crippler crossface but Connor pulls the ref out as he checks Holmes. Crusher tends to the ref as Connor enters the ring where the Whips attempt their assisted Senton finish but Mamba has it scouted and evades. He tosses Connor out and attacks Holmes. A reverse DDT off the middle rope gets a nearfall.

Holmes shows off some athleticism jumping up to the top as Mamba attempts to jump off and hits a frankensteiner then a springboard enzuigiri for his own nearfall. 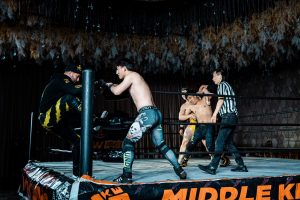 Connor climbs up to the top rope but Crusher stops him before he can do anything. This allows Mamba to hook on the crossface again for the tap out victory.

C2NY’s inaugural Tag Team Title Championship Tournament win over The Stable is recapped then they are introduced by Jim Murray.

Buffa says he is ready to take on The Stable again as many times as needed and Chen says he’s proved that hard work pays off and with his friend and partner Buffa, he is Tag Team Champion.

As their music hits again and they get ready to leave, they are shocked to see Queen Marie on the entrance mocking them. As they watch her in confusion her stablemates Uncle Money and Big Sam jump C2NY from behind but they overcome the attack and dispatch the Stable to the outside.

They challenge the Stable to come back in on an even playing field but the Stable refuses and leaves.

One of the moe compelling episodes.

Every match/segment on this episode had interesting story dynamics going into it. But the repetition of spots between matches and odd referee priorities was present again.