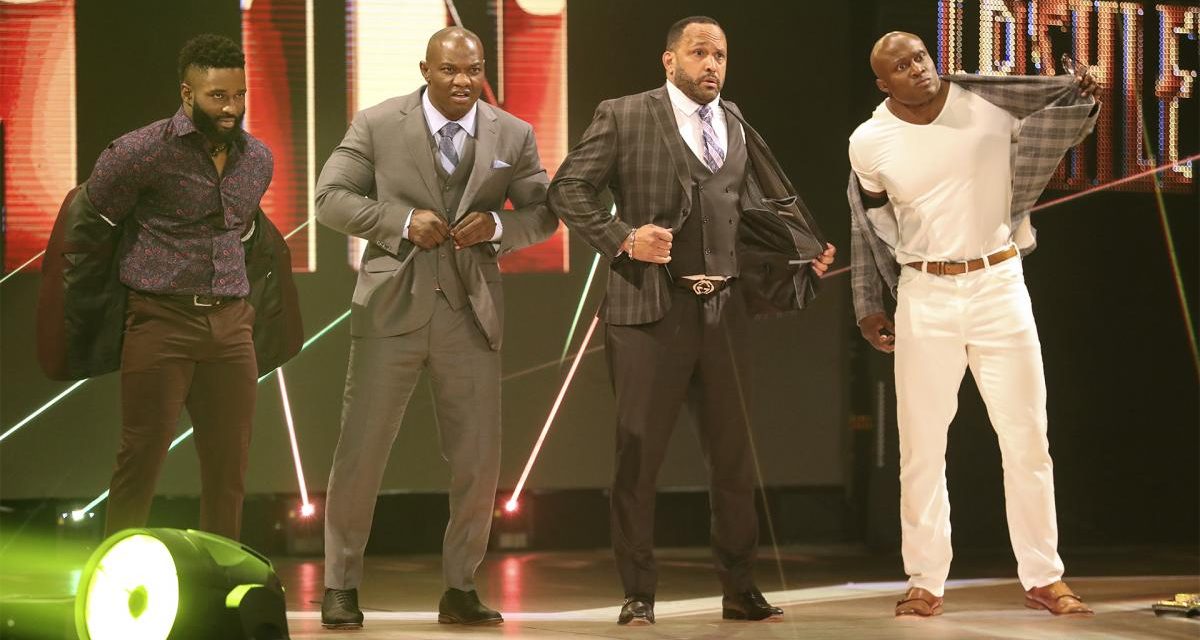 MVP, the mouthpiece and mastermind. Shelton Benjamin, the crafty veteran. Cedric Alexander, the young up-and-comer. And of course, Bobby Lashley, the crown jewel and powerhouse of the faction. These four men made up The Hurt Business, which I believe was WWE’s most quality main roster faction in some time.

The seeds for The Hurt Business began in the spring of last year. MVP supported and lobbied for Bobby Lashley to get a WWE Championship opportunity and their budding business relationship began. Soon thereafter, Lashley ditched his former ‘wife’ Lana and sided with MVP. Shelton Benjamin joined the duo, the night after The Horror Show at Extreme Rules, while Cedric Alexander joined the group in September.

And so, The Hurt Business was in business (pun intended). Lashley became United States Champion at Payback 2020 while the team of Cedric Alexander and Shelton Benjamin captured tag team gold at TLC 2020. By the year’s end, The Hurt Business were one the most dominant groups in WWE. Almost shades of Evolution’s reign on top at the end of the Armageddon 2003 PPV. 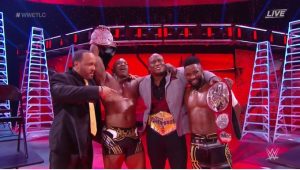 Just when things looked bright for The Hurt Business in 2021 they were dissolved. Lashley’s future looked bright as he was thrust into the WWE Championship picture, however, he turned on Alexander and Benjamin after they lost their tag titles and failed to incapacitate Drew McIntyre. Come Wrestlemania 37, The Hurt Business as we knew it was no more. MVP and Bobby Lashley carry on with the name and the brand but The Hurt Business has lost what made it great to begin with.

I was a huge fan of The Hurt Business. They had endless potential. There was so much that could have been added in or tweaked for them to become even better and greater. However, the WWE seemed to think otherwise. And so, I thought it would be fitting as The Hurt Business planted the seeds to their inception around a year ago, to rewind and fix the faction’s timeline.

How I would’ve booked The Hurt Business

MVP and Bobby Lashley stay, no doubt about it – these two men are the marquee attractions of the faction. I think Shelton Benjamin was also a great fit, as they needed a veteran, much like I think other factions need a member that has seen it all. However, I questioned the inclusion of Cedric Alexander in a heel group as he’s always screamed face vibes to me. I think Alexander and Ricochet as they teamed last year, should have been given quality booking and put into the tag title picture as Raw’s tag-team roster needed bolstering. Don’t get me wrong. This was great for Alexander’s WWE career, however, I think two different superstars should’ve been given the spotlight instead.

Enter Keith Lee and Mia Yim. I think these two would have been perfect for the faction. Also, both Lee and Yim were called up to the main roster, around the same time The Hurt Business was doing their thing. However, aside from a few months of spotlight, Keith Lee sort of became just another guy on the roster while Mia Yim was unfortunately inserted into the horrible Retribution storyline. Instead, their WWE careers could have taken another trajectory if they joined The Hurt Business.

For Mia Yim, who called herself the H.B.I.C (Head Baddie In Charge), she would’ve been a great female addition to a group that brings the ‘hurt’. She’s scrappy and tough, would’ve been a dynamic addition to the Raw women’s roster. I think this would’ve set her up for a Raw Women’s Championship title reign also, as the rest of the faction were on a quest for gold.

“Limitless” Keith Lee. A skilled big-man with acrobatic abilities. Lee screams main event and world-title potential. However, I think Lee would’ve replaced Alexander in teaming with Benjamin, where they would eventually capture the tag team titles. Lashley would continue to pursue the U.S. Championship, as I think putting him into the WWE Championship picture right away would not be smart; long-term booking is key.

I still have Lashley winning the WWE Championship like he did and feuding with McIntyre going into Wrestlemania season. However in the months after Wrestlemania the seeds should be planted for a Keith Lee-Bobby Lashley feud. Keith Lee should be on a long undefeated singles match streak on the main roster, eliminating everyone that comes before him. He should eventually win the United States Championship for his efforts and continues this streak into the end of 2021. Lashley should also have a very long WWE Championship reign and have him beat Brock Lesnar also to solidify this dominance.

Keith Lee should win the Royal Rumble match in 2022 and began to show signs of interest in Lashley’s WWE Championship. In the months leading to Wrestlemania, Keith Lee teases matches with the Universal Champion or even the NXT Champion, however, his decision is ultimately a match with Bobby Lashley.

Keith Lee says: Lashley, you may have beaten everybody, but you haven’t beat me! I want you at Wrestlemania! In the PPV prior to Wrestlemania, have a 3-on-2 handicap match pitting MVP, Benjamin and Lashley against Lee and Smackdown’s Universal Champion, to further the storyline.

Thus, The Hurt Business remains a faction and a strong one at that for over two years while also propelling its members into main event and championship opportunities. Keith Lee and Bobby Lashley eventually feuding is definitely the end goal here and can produce a great storyline and matches. The Hurt Business can either go its separate ways after Mania, leaving MVP with Lashley or Lashley downright turning on MVP, while Benjamin and Mia Yim change brands in the draft. Or you could continue The Hurt Business by adding new members, however, I propose not as the faction might become ‘stale’ at this point.

This is what The Hurt Business could have been. What a shame.