Alicia Atout: An Interview Queen in a Major League way 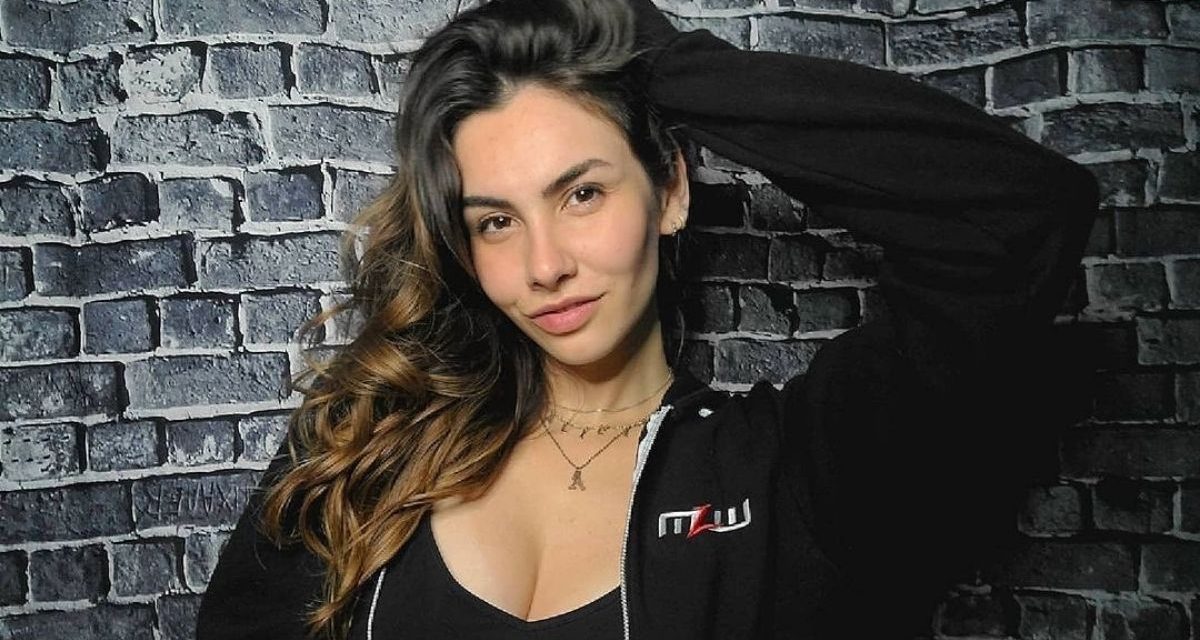 Wrestling is a hard business, from being in the ring, to cutting promos out of the ring. Some wrestler don’t need help on the mic. Others, however, have benefitted from interviewers in the back to guide the wrestlers and the viewers along the way, from Gordon Solie to Mean Gene Okerlund to Renee Paquette. Add to those names Alicia Atout, the “Interview Queen” of Major League Wrestling.

When speaking to the Toronto native, what got her first into journalism? “I kind of started back in high school,” she recalled to SlamWrestling.net. “I would always write album reviews in my spare time when I was finished with all my schoolwork or if I was just really bored in class, and I started posting them online, and for some reason or whatever, it started to pick up quite a bit of traction.” From there, her first big break came from working for companies like Warner Bros., Sony, and Universal Music.

Her biggest job was interviewing Metallica. “Warner [Bros.] sent out a press release saying, ‘Hey, we have Metallica in town. Is anyone interested in interviewing them?’”  Naturally, she volunteered her services. “So I reached out, and it was a dream come true. [Warner Bros.] firmed up the interview for me, locked it down, and next thing I knew a week, two weeks later I was sitting there with Metallica, and as soon as that interview happened, people just realized, ‘Hey this girl, take her seriously going forward,’ because I was very young.” 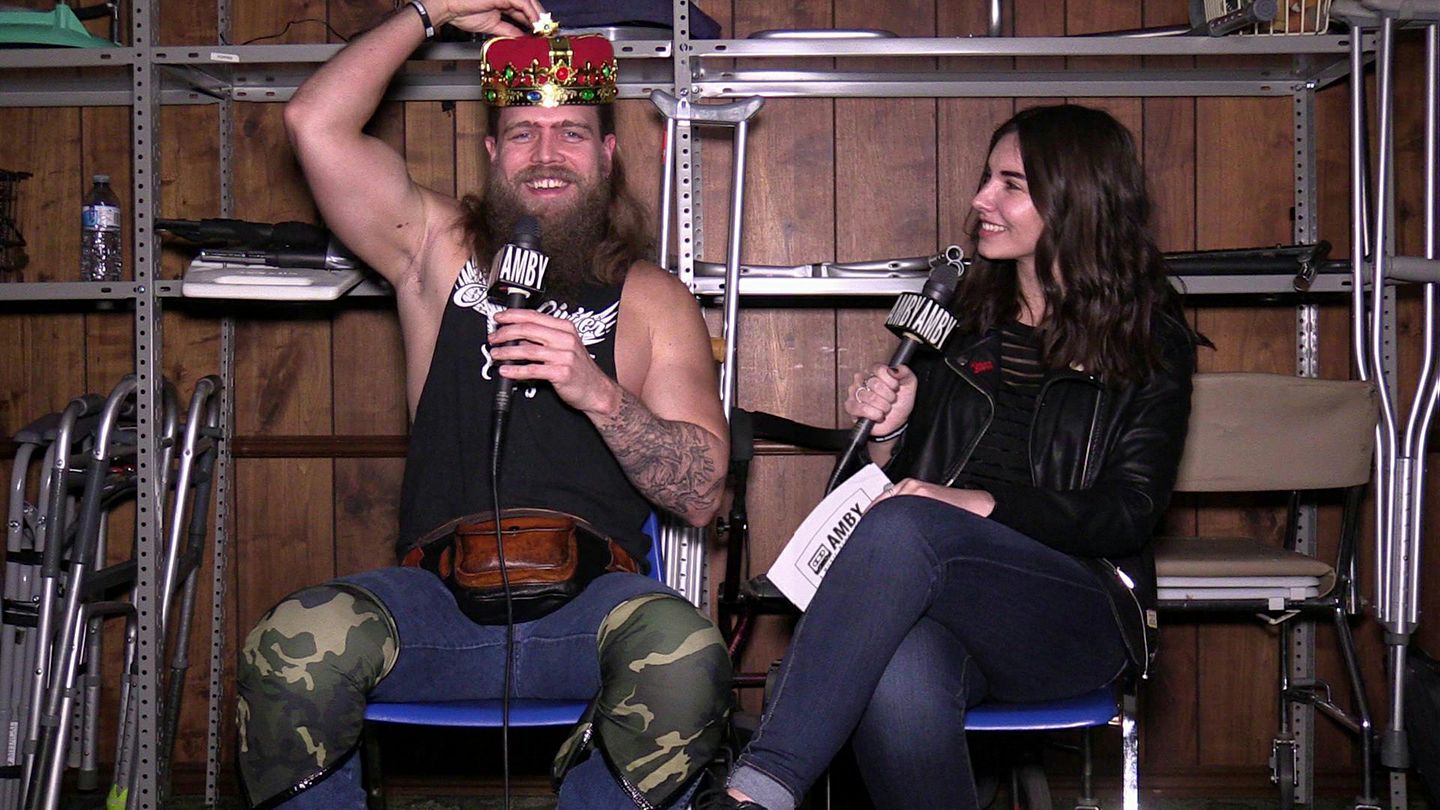 If anyone is thinking this feels almost like a direct plot from the movie Almost Famous, even Atout had to agree. “I always compare my journey to that because it really did start out as a passion,” she said, “and luckily it was able to turn into my job.”

From there, Atout managed to go from the rock ’n’ roll arenas to the squared circle of IMPACT! Wrestling. How did that come about? “Originally, it started where I was doing all of these music interviews and noticed it was picking up quite a bit of traction. And then my dad actually had a conversation with me,” she said, “because back then he kind of played like a very managerial role for me, and he said, ‘Hey you love wrestling, why don’t we try to pivot the [music] site, not just from music but also into interviewing wrestlers?’ Because half the bands I was interviewing would drop all of these wrestling references, and I would catch on, being a fan.”

At that point, Atout started working for the local promotion, SMASH Wrestling, and then transitioned to Border City Wrestling (BCW), co-owned by Scott D’Amore, the current executive Vice President of IMPACT! Wrestling. She mentioned that D’Amore took notice of her interviews backstage, and offered her interviews with IMPACT! Wrestling. She was with the promotion from 2018 to 2019, and they started to change things up. “They wanted to record more in the States,” Atout said, “and they figured ‘Hey, let’s just use somebody a bit more local for those shows.’ So instead of doing the tapings with them, they gave me a show with Anthony Carelli [Santino Marella of the WWE]. So we actually had a weekly Twitch show here in Toronto, which was so much fun to host.”

Her next big break, you could say, was a calculated gamble, where she went All In, if you will. “The AEW stuff kind of came about because I had interviewed all of the boys here in Toronto, and they were with Ring of Honor,” Atout reminisced, “and at the time they were just the hottest thing in wrestling. I mean, they still are, but it was just like buzzing back then.”

She did interviews and kept in touch with the talent. It was around this time that she began hearing of a pay-per-view that was going to launch. “And so I sent a text to Cody [Rhodes] and I just said, ‘Hey, I’ve heard these rumors if you ever needed anyone. I’m your girl!’ and it was kind of just a cheeky little thing to throw it out into the world, see if anything happened. And then he texted me back saying, ‘Yes, we would love to have you.’” From there, she hosted the first All In in Chicago, and that led to opportunities backstage interviewing the next PPV, Double or Nothing. Atout was starting to get noticed by a lot of other companies, and she was curious about her next steps.

So how does Major League Wrestling fit in? “I had this email come through from MLW. They said, ‘Hey, we would love to have you come out to our December tapings here in New York (this is in 2019).’’ From there, Atout went to do interviews for their show, mostly to test the waters.  Apparently, she impressed everyone there. “They hit me up and said, ‘We would love to sign you in to a contract,’ and my mind was like, ‘Oh wow!’ Okay I didn’t… I wasn’t really expecting that from the jump, you know?’’ she laughed at the memory. “Just a couple hours into being there. So we spoke, I told them, ‘Let me think about it.’ I told them what I needed and vice versa.”

Since then she has been an integral part of MLW backstage as the “Interview Queen.”  So how did the 26-year-old gain that moniker?

“So just like many things in my career, it came about very organically,” she laughed. “There’s this fan named Cameron, and he’s just an incredible supporter, and about maybe four years ago he started hash tagging #InterviewQueen on a lot of my pictures, and tagging me.”

It also garnered noticed from other fans as well. “It just got to the point where I’m seeing it so much, and I loved it,” Atout said, “I realized at that point I had done 4,000 interviews, I was working with some of the biggest promotions and festivals in the world, brands, and it’s not like I was tooting my horn or anything, but sometimes you need something like that to kind of [be] a lightbulb moment where you realize that’s what people perceive me [as], maybe I should have some more confidence.”

And Atout has done a great job, especially helming the MLW “Pulp Fusion” vignettes, and keeping busy with her website, A Music Blog, Yea?

With MLW’s return to action on July 10 in Philadelphia (sold out at the 2300 Arena), what is Atout looking forward to the most?

“The first would be just seeing the locker room again and just the brotherhood of everybody, you know? I was used to being on the road with these guys every single month and I just missed the camaraderie.”

But most important of all:  the fans. “We haven’t had fans at shows in far too long,” she said, “and of course for very good reason. But I miss coming out and hearing the chants. I miss other people coming out, hearing the boos, and just the energy that fans bring to these shows are missed so, so much.”

And there is more to come, and you can bet the Interview Queen will be in the midst of it all.