Mat Matters: Picking a Jeopardy! host from the wrestling world 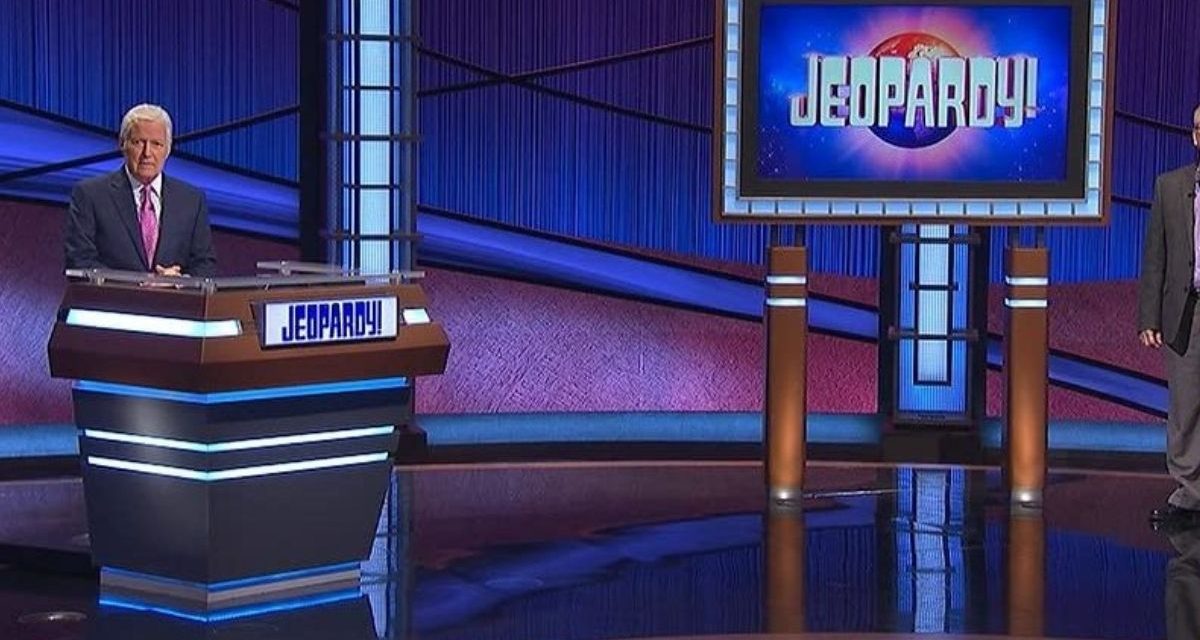 Since the beginning of the year, the television game show Jeopardy! has featured a series of Guest Hosts. From former champion Ken Jennings to actress Mayim Bialik and newswoman Savannah Guthrie, a string of celebrities and other professionals have taken turns asking questions to a nightly trio of contestants. So far, only Green Bay Packers quarterback Aaron Rogers is most known for his career in athletics. That begs the question: Why not give a professional wrestler a shot behind the podium? Here we look at just a few well-known potential aspirants.

The Rock. Dwayne Johnson would be the (former) wrestler most fans would immediately push. Handsome, smart and full of charisma, “The People’s Champion” is the clear front runner. However, as the country’s highest-paid movie star, featured on Young Rock and other ventures, he is on the brink of over-saturation. Reading this paragraph, you could see his smile.

The rest of the prospects are presented in no particular order.

“The Genius” Lanny Poffo. Another “sure fire” choice. The Poet Laureate of the World Wrestling Federation may have retired to some tropical locale; however, an auspicious opportunity to parlay his future to television legacy may intrigue the penultimate fan favorite. A perfect enunciator, Lanny would be able to “leap” from Shakespeare to the Cosmos to Film Trivia with relative ease. He would be forced to leave the cap and gown at home. 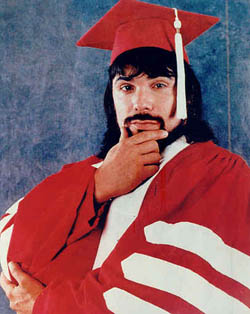 A Genius choice as Jeopardy! host.

Paul Heyman. Roman Reigns’ current and Brock Lesnar’s (former) surrogate is a great mouthpiece. He would be a great choice to host. The former ECW kingpin certainly has a wide-range of interests and could bring authority to the game. With a strong background in stocks and business—and good on the stick—Heyman would represent the sport well in front of the category board.

Mick Foley. Some fans immediately point to the former Cactus Jack’s intelligence, personality and gravitas. The problem with Mrs. Foley’s baby boy is aesthetic. While The Rock and Paul E. Dangerously would look good in suits, Mick Foley seems averse to a beard trim, haircut and tailor-suit that would be imperative on the early-evening game show. Late Jeopardy! host Alex Trebek easily translated some French and Spanish words and phrases with ease. While Mick is a famed storyteller, he would probably be the first to admit that he couldn’t sweeten that linguistic pot.

Chris Jericho. The long-time wrestler, multi-time author and rock band front man clearly has the intellectual chops to hold down the post. Amiable, Jericho could command a room and make nervous contestants at ease. And the show’s year’s-worth of programs are taped in a relatively short time frame, which allows him plenty of time to tour.

Stephanie McMahon. Seriously, Vince’s daughter could carry the hosting duties. Shrill in her younger years, Mrs. Levesque has become a well-spoken brand ambassador, and truly likeable person away from the squared circle. Like Savannah Guthrie, Stephanie would bring gusto to the stage in smart business attire. She would be very believable and authentic in the role. 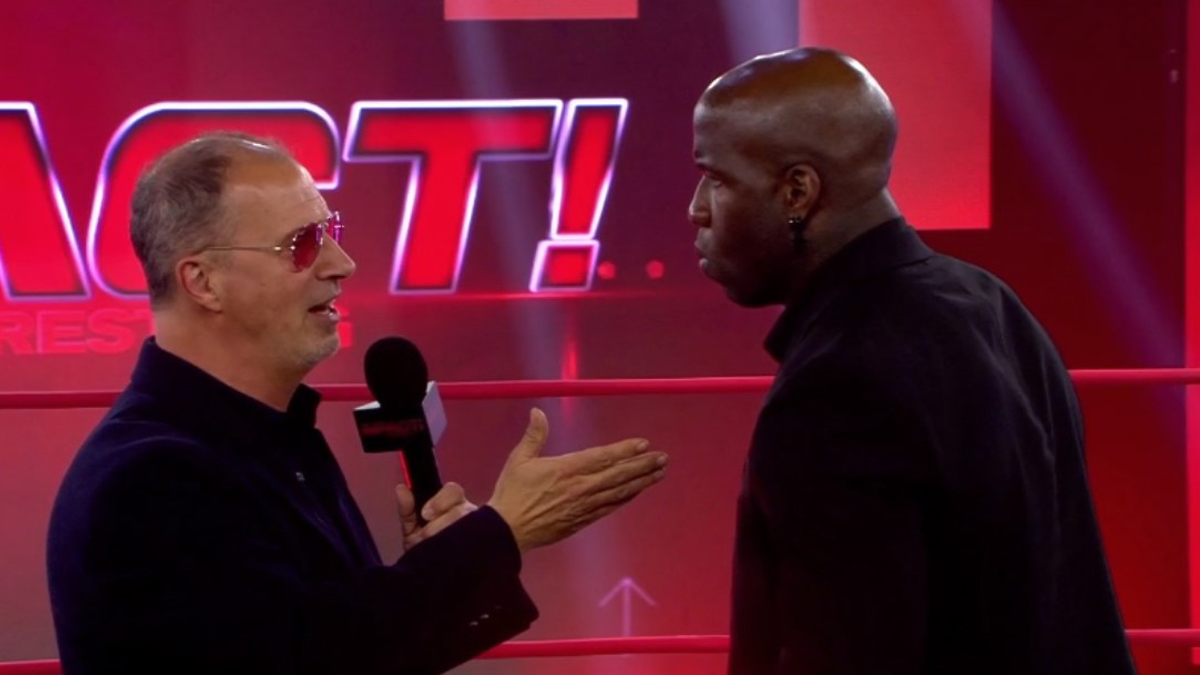 If Don Callis can deal with Moose, he should be fine on Jeopardy!

Don Callis. “The Invisible Hand” of AEW and former Impact Wrestling executive, Callis might be the best talker in the business today. Callis has done a tremendous job elevating AEW Champion Kenny Omega and cuts an easy-well constructed promo each time out. He could do the same for any Double Jeopardy. His bombastic style could easily be toned down for the game show grind.

Caprice Coleman. Ring of Honor’s “most jacked” color commentator, Coleman brings a bright, youthful enthusiasm and distinct professionalism to his role, and he’d do the same interviewing guests after the first round of commercials.

Molly Holly. When one runs through a list of former WWE Women’s Champions who could fit the bill of smart, convincing and visually appealing (not named Trish Stratus) is Mighty Molly. A new Hall of Famer who saved most of her money, paid for Beth Phoenix’s training, and lives a low-key lifestyle, Molly Holly would handle the Biblical-categories on any show with the same ease as the aforementioned Heyman.

Aron Stevens. The NWA’s resident blowhard would do well as Jeopardy! host. As the WWE’s arrogant Damien Sandow, Stevens has shown he expresses the bravado necessary to carry the program. Intelligent in the vein of Lanny Poffo, Stevens has the movie star looks and chiseled chin required for the post. And there wouldn’t have to wear sunglasses or throw himself on the floor. Luckily, for the game show, Stevens has had experience working with Question Marks.

Kane. The sitting Mayor of Knox County, Tennessee, Glenn Jacobs mandates respect. Luckily, contestants don’t stand next to the host at the end of the program anymore, so the nearly 7-foot-tall Kane wouldn’t tower over lawyers, teachers and stay-at-home dads while the credits roll. Like the best guest hosts, an unmasked Kane could share his witty sense of humor and trigger an easy chuckle. His slight southern accent could also bring an American authenticity to the trivia masterpiece, which has been made legendary by a Canadian. 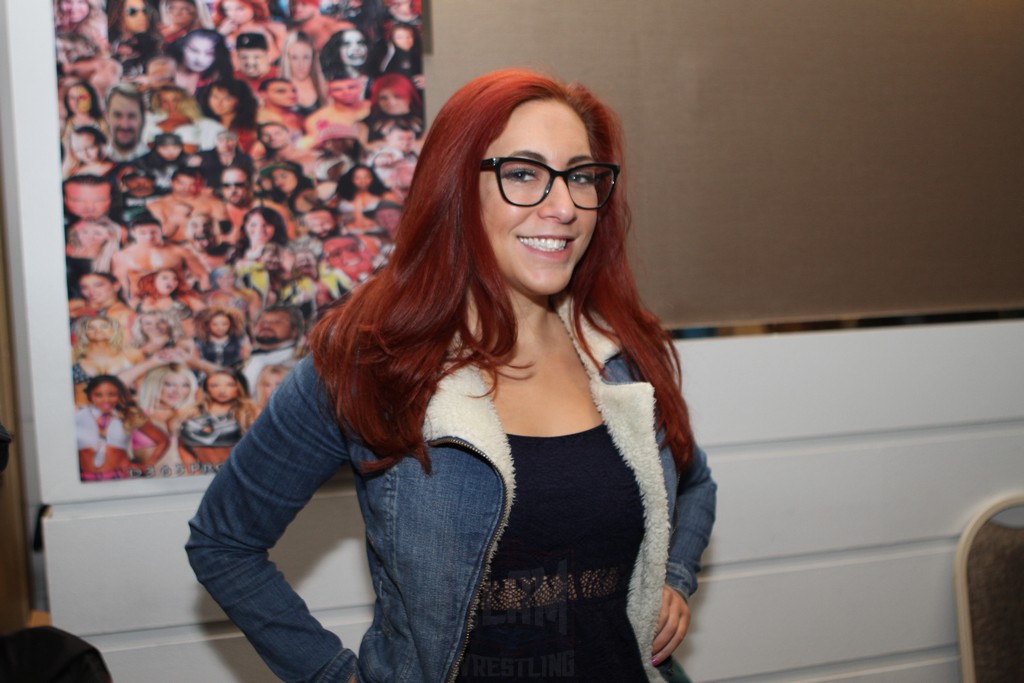 Veda Scott. A Drexel University School of Law graduate, the former Ring of Honor manager and wrestler has worked on the independent scene before resurfacing on the national level on AEW Dark. One of the industry’s most well-spoken participants, Scott has the natural bookworm/librarian appeal that would fit in with Jeopardy!’s legendarily conservative-leaning audience. A younger, redheaded Katie Couric-type, Scott doesn’t look out of place in a sensible skirt while holding note cards or addressing guessers.

This is just a quick glance at a diverse, well-educated and savvy cast of characters… just like Jeopardy! has presented to its audience while searching for a permanent host. Who do you think would work? Leave a comment below!

TOP PHOTO: The Jeopardy! set way back in 1984 with Alex Trebek. Courtesy IMDB.com