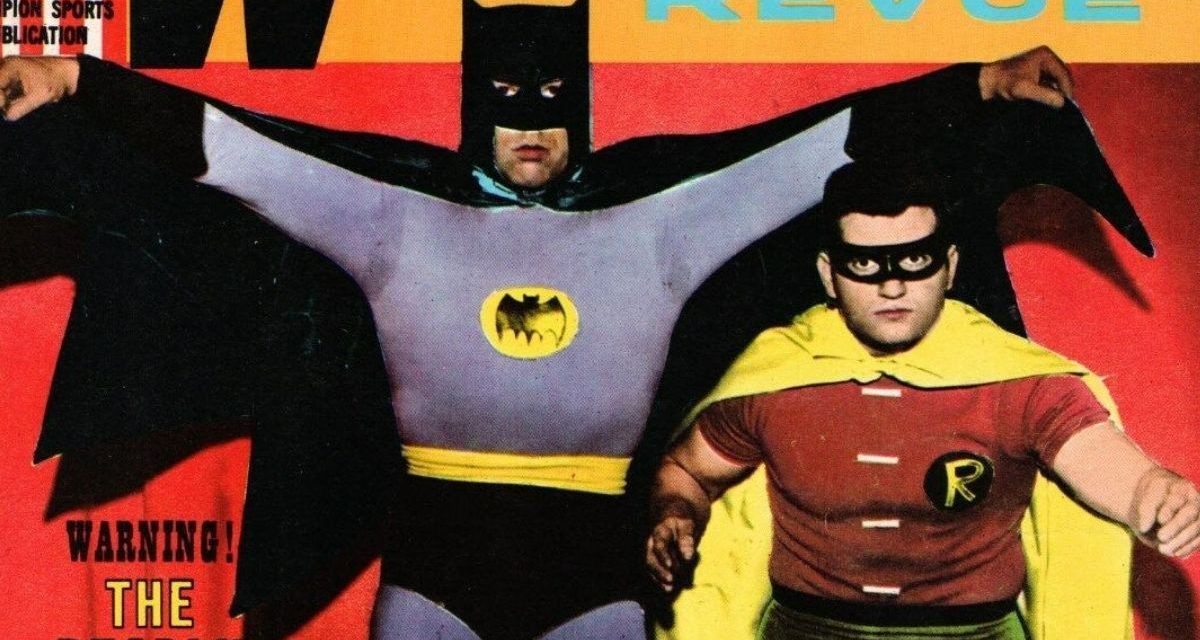 It’s a 55-year-old mystery fit for the World’s Greatest Detective. Who was Battman Tony Marino’s ward, Robin? And it has come up again with Marino’s death on May 28, 2021 at the age of 90.

There were Caped Crusaders in wrestling’s version of the multiverse. Canadian great Leo Burke apparently was Batman on at least one occasion. According to the Long Beach Independent newspaper, a professional wrestling incarnation of the character came along in 1966. A yet-to-be-identified Batman (advertised with only one “T”) wrestled in a February 1, 1966 tag team match—in a losing cause—alongside Gorilla Monsoon against Alberto Torres and Jack Lanza at the Municipal Auditorium in Long Beach, California. (It’s not Tony Marino, whose real name was Tony Silipini, as he was wrestling for promoter Ted Bayly in Troy, New York, in February 1966.) The next day’s recap of the event wondered where Robin was for the match.

That is a frequently asked question—who was Robin? Canadian wrestler John Foti passed away on April 29, 1969 at the age of 41; a 2012 SlamWrestling.net feature on Foti noted that he had been Robin. But was that the case? 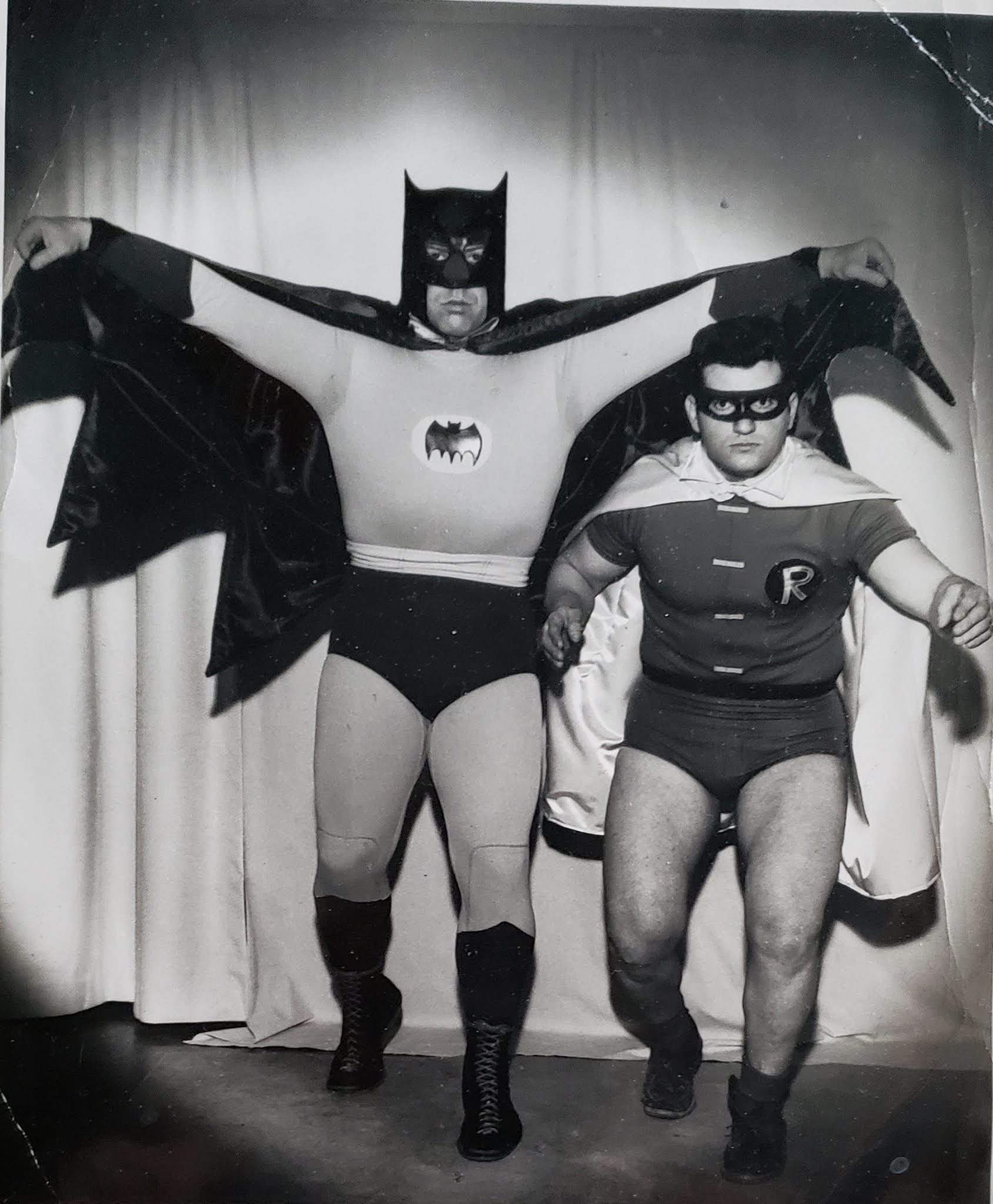 An original photo of Battman and Robin, before it was colorized for the cover of Wrestling Revue, provided by the Alex Macaluso family.

It’s been noted by historian, manager and wrestling personality “Supermouth” Dave Drason that the “Battman” used by The Sheik for two shows in 1966 Detroit was not Marino. [This corrects an assumption that it was the real-life Tony Silipini under the cowl.] In a recent video retrospective for Marino, Drason reiterated that there was another Battman in Detroit, and he jokingly wondered aloud why Foti—who had been legitimized as the sidekick—wasn’t noted as “Robbin” with two-B’s. Interesting, an April 15, 1966 Detroit Free Press newspaper advertisement promotes just that—a “Battman and Robbin” appearance squeezed between Go Go Girls Randy Sea and the Valiants and rocker Jerry Lee Lewis.

Foti’s wrestling stat sheet is shoddy in 1966, with nary an appearance south into the United States, most often in Regina, Saskatchewan. That’s when he worked undercard for the World Wide Wrestling Federation (WWWF) and it’s believed that he met Marino. The plan to hatch the Dynamic Duo was most famously revealed in an October, 1966 Wrestling Revue magazine cover photo and article.

For wrestling fans in Pittsburgh, Battman’s Robin was nothing more than a myth. No results indicate that Foti, or Robin, ever appeared here. This is backed up premier Pittsburgh wrestling historian Hank Hudson, who was an encyclopedic knowledge of the local scene dating back to at least Studio Wrestling’s 1965 broadcasts. In addition, exhaustive result searches indicate that Marino and Foti were rarely in the same town at the same time. 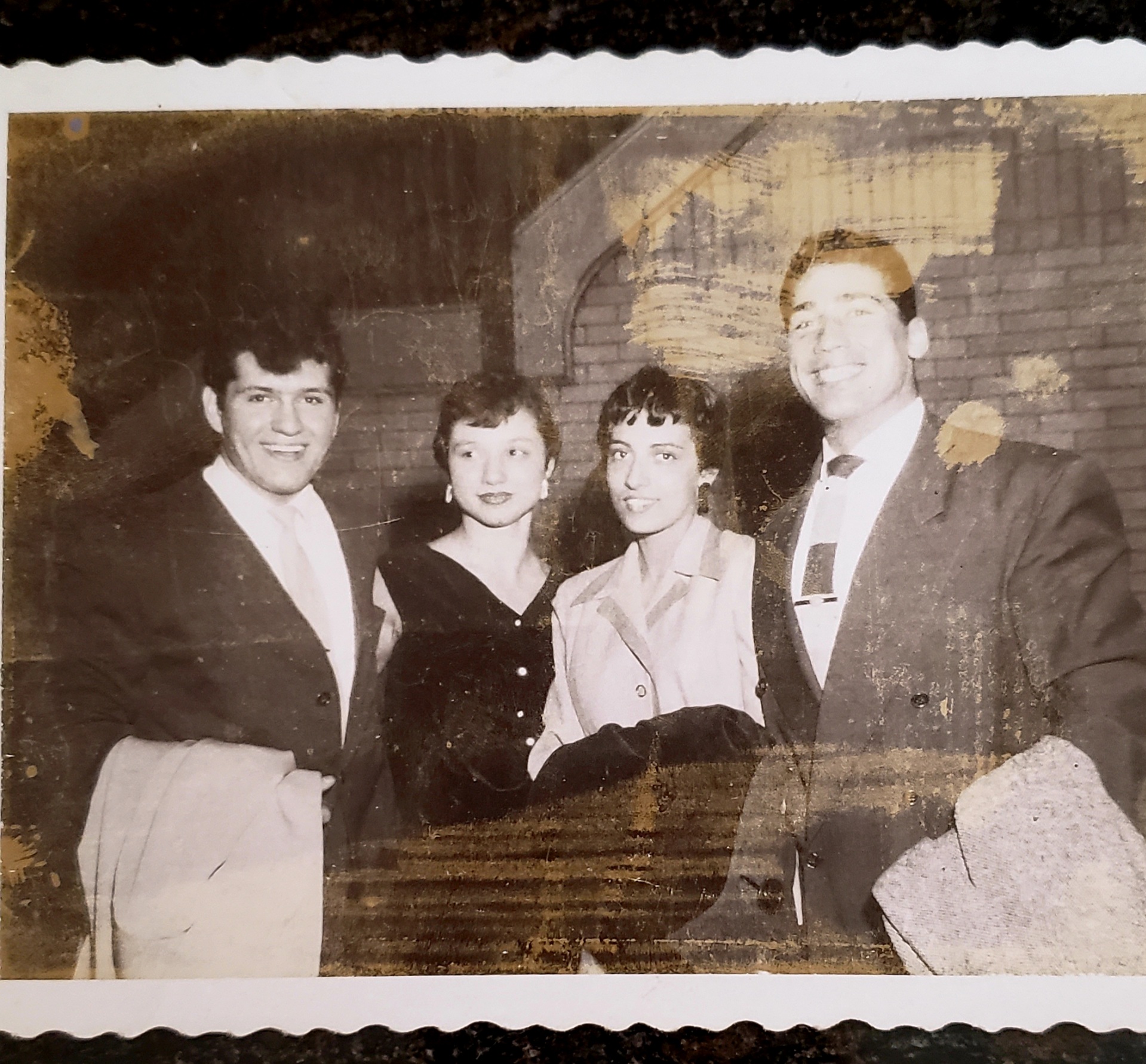 From left: Alex and Amy Macaluso, Inez and Tony Marino. Photo provided by the Macaluso family.

On September 29, 2020, Macaluso’s daughter, Sheila, commented on the original KSWA Digest John Foti article that her father, Alex was Robin. In sporadic email conversations that immediately followed, Sheila noted that her father (it has also been spelled “Macusco”) wrestled “for about six months” in 1966 in Syracuse and Rome, New York. Alex, who was still alive and “sharp as a tack” at 87 in September 2020, has told his family that he wrestled primarily on Friday nights in the east for Pedro Martinez and Whipper Watson. He reportedly faced Bulldog Brower in Hamilton, Ontario, and Hans Schmidt at Maple Leaf Gardens in 1966 or 1967.

None of it can be independently confirmed.

Sheila followed up that the partnership between Battman and Robin ended over a scheduling disagreement between the two superheroes and The 1967 International and Universal Exposition or Expo 67. Macaluso notedly quit the team, and Marino had already been fully entrenched as Battman in Western Pennsylvania and beyond.

Macaluso could have wrestled “under a hood” as “Masked Yankee #1 and Masked Yankee #2” made occasional appearances in Oshawa, Ontario, and Maple Leaf Gardens, but it’s unlikely any of those wrestlers were Macaluso. Some of those masked stars were tag team champions and hulking athletes.

Sheila noted that Tony Marino was her godfather and the two families, helmed by Alex and Amy Macaluso and Tony and Inez Marino, were very close and lived in the same housing plan in Gates, New York. She provided photos to prove it. She sent along a shot of the photograph that was used for the magazine cover before it was colorized. 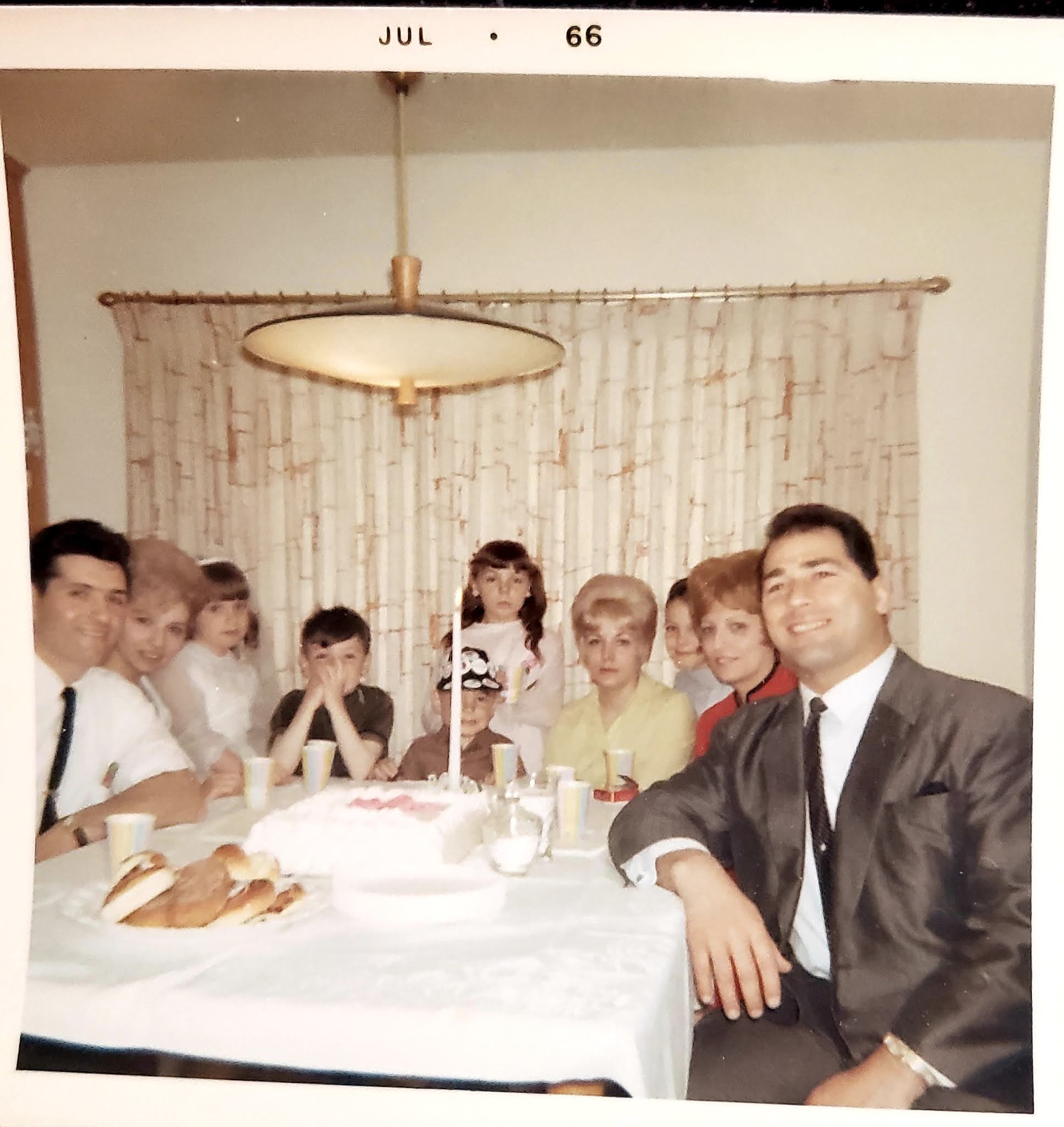 A telephone interview with Macaluso was scheduled through Sheila for October 2020, but it never transpired.

Macaluso and Foti had similar builds, and full heads of dark hair. There are very few photos of John Foti, and the pictures of Macaluso are very convincing (even more convincing than Foti, but the latter’s career as a professional wrestler is cemented). However, after 55 years, no one was able to corroborate any of the details. Emails stopped (Sheila’s  last correspondence was September 30, 2020), telephone numbers didn’t work (Battman’s son David Silipini used to referee independent matches in Western Pennsylvania but has stepped away from the scene) and no historian familiar with Marino could provide any specifics.

And then a breakthrough. Shortly after Marino’s death last week, the subject was brought up with a recently-discovered family member. The family photos of the Macaluso’s and Marino’s were provided to Tony Marino’s daughter Patricia and she confirmed that Alex Macaluso was in fact “the first Robin.” There may not have been a second.

Later, another of Marino’s daughters, Deborah Jenssen, said she remembered when Marino and Macaluso received their custom-made costumes, which were said to be made in Columbus, Ohio. She said the two tried on their costumes and “running around the house.” She also believed that the duo did wrestle together, but could provide no further details.

Attempts to reach both families and flush out details are ongoing. If only Batman were truly on the case.

Battman’s Robin is found, and tells his story