‘Biography’ caps off series with focus on Bret Hart 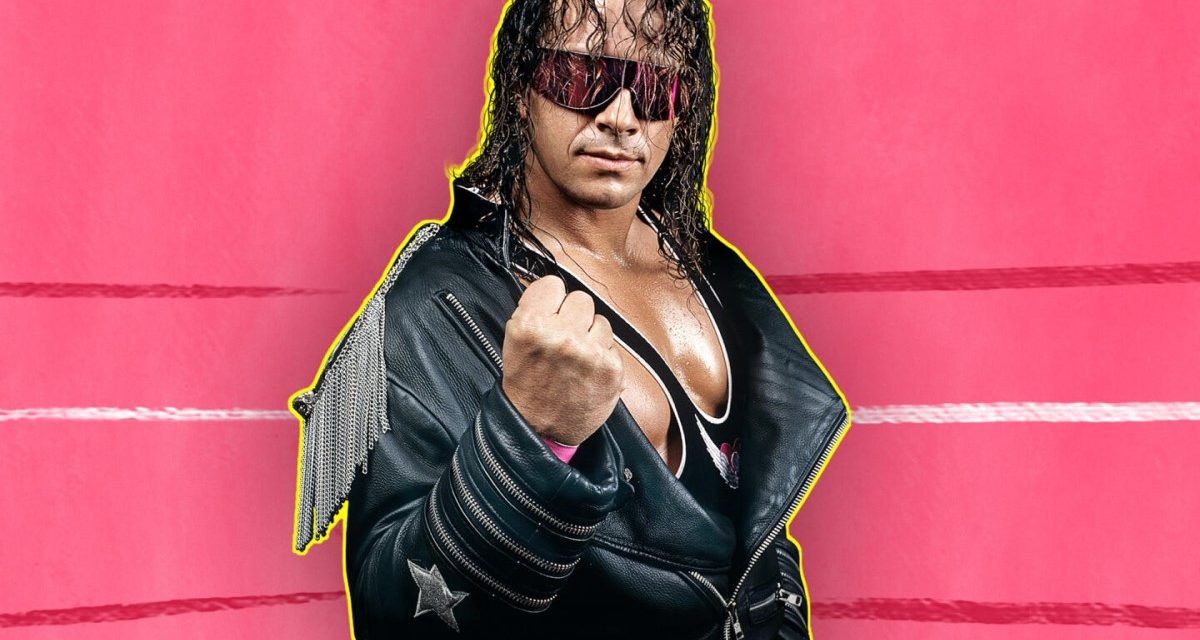 The A&E/WWE co-production has been something like adult-contemporary documentary storytelling. It has been pleasant to watch, helped to pass the time, and is likely soon to be forgotten. The final episode, telling Bret Hart’s story from wrestler’s son to wrestling champion, concludes the series in its signature, inoffensive style.

The show opens on Bret not in the ring, but at an easel, rattling off a list of his favourite wrestlers as a kid and how he would draw sketches of them. He also got to sketching himself as a future world champion, expressing that he never wanted to be just another guy — he wanted people to look at him as the best ever.

The history of the Hart wrestling family, so well-known to many wrestling fans, is traced back to Bret’s parents, Stu and Helen meeting in New York before settling into the famed 22-room house in Calgary and taking over Stampede Wrestling.

Continuing with the playful theme of cartooning, there is an animated bit depicting how Stu had once housed Terrible Ted, the wrestling bear, on their home property while he was in the territory. Bret recalls putting some ice cream on the bottom of his feet and dangling them over the cage, allowing Ted to lick them clean. It’s a fun touch to use the animation, and it’s as good a short story as any to describe the odd circumstances in which Bret grew up.

Alison and Wayne Hart chime in on what life was like feeding and caring for twelve children, while author and wrestling historian Heath McCoy, Dan Kroffat, and Nattie Neidhart describe both the legends and the very real suffering that took place in the basement.

The animated bits continue with a depiction of The Dungeon, the unassuming basement of the Hart House that served as a brutal training grounds. Growing up with screams of wrestlers echoing throughout the house, along with what were probably some strong rebellious teenaged feelings, Bret wanted no part of becoming a wrestler.

He describes his time in film school, and it includes showing some cheesily funny footage from monster movie “The Lizard” – which had its production halted when the iguana he had purchased for the film died. Eventually, Bret circled back around to wrestling, cutting his teeth in Stampede before Stu and Helen sold the company along with its TV rights to Vince McMahon.

Part of the agreement of the sale was to grant jobs in the World Wrestling Federation to Bret, Jim Neidhart, Davey Boy Smith, and The Dynamite Kid. Bret’s ex-wife, Julie, looks back on the happy days of their eloping and raising two children, Jade and Dallas, though with Bret gone most of the year trying to make his name in the WWF.

Bret didn’t believe McMahon’s promise that there were big things planned for him, and for a long time Bret was proven right — until The Hart Foundation, featuring Hart, Neidhart, and manager Jimmy Hart started making waves.  The show passes over their substantial success and title reigns, moving ahead to where McMahon informed Bret that, due to the massive amounts of fan mail they were receiving addressed to him, The Hart Foundation was disbanding and Bret was off on a singles career.

With Bret winning the Intercontinental Championship at SummerSlam in 1991, then losing it to Davey Boy in the next year’s summer spectacular, Bruce Prichard explains what is old hat knowledge to wrestling fans: that the winning or losing of a match isn’t always what lingers. Edge explains that Bret’s performance in the loss to The British Bulldog catapulted him, maybe unexpectedly, towards winning the WWF Championship in October of 1992 from Ric Flair in Saskatoon.

Bret’s championship run is described by Vince McMahon as maybe the most legitimate-seeming run in the company’s history. He becomes a global ambassador as champion, dabbles in acting in TV’s Lonesome Dove, and finds himself weighing an offer by the surging WCW to jump ship. Instead, he accepts an offer to stay in WWF for the same money, but on a longer term.

Bret’s subsequent feud with Austin is told in summation, culminating in his heel turn at WrestleMania XIII, his turn against the entire United States of America, and his personal feud with Shawn Michaels. Michaels appears to contritely talk about his past behaviour, specifically his comment on Monday Night Raw about Bret enjoying “Sunny days”, a thinly-veiled reference to an affair he was accusing Bret of having with WWF personality Tammy Lynn Sytch, better known as Sunny.

Bret explains how this false accusation (corroborated as false by Michaels) led to his children asking him if it were true, prompting a locker room fight between Hart and Michaels. On top of this, the WWF’s financial troubles have McMahon suggesting to Bret that he try and re-secure his deal with WCW, which Bret reluctantly does.

Bret’s exit from the WWF, at Survivor Series 1997 in Montreal, is a famous topic in the wrestling community, and all the beats are laid out using some of the footage from Paul Jay’s documentary Hitman Hart: Wrestling with Shadows. It’s no different than all the commentary that has come out for more than twenty years: Vince McMahon believes he was right, so does Bret, and Michaels was just doing as he was told.

Hart dismisses his time in WCW succinctly, bemoaning how clueless the company’s booking was at the time. With that bit of business out of the way, the focus shifts to Owen’s tragic death, and Helen and Stu’s passing not too long afterwards. These blows, Bret’s concussion, his stroke, the dissolution of his marriage to Julie, all mark the post-wrestling years, and they’re mentioned in brief before showing Bret’s return to the WWF, even including that awkward in-ring hug with Michaels. Speaking of awkward, the Hart and McMahon match at WrestleMania XXVI is given about thirty seconds of air time. Rounding out the show, Bret and his wife Stephanie Washington-Hart enjoy peaceful times.

Like most of the WWE superstars’ Biography shows before it, this series finale veers away from dark territory (Bret offhandedly mentions his infidelity to Julie, but not even she has anything to say about it) and acts more as a career highlight reel. Knowing that the A&E program has always played it pretty cleanly in their celebrity storytelling, this doesn’t come as a surprise.

All told: was it worth it? There’s an audience for it, that’s for sure. For those seeking juicier tidbits from behind pro wrestling’s curtains, this series didn’t deliver. Those who are probably happiest were those simply looking to stroll down memory lane.