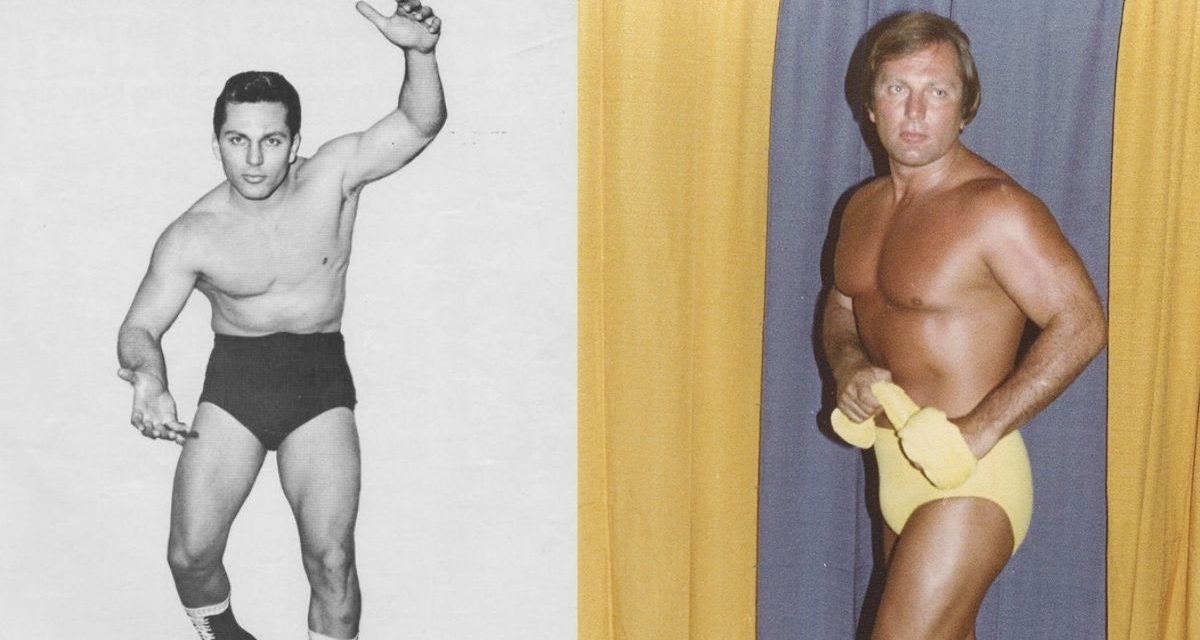 Paul Christy, a long-time wrestler based out of Chicago, has died. He was 82.

He was born Paul Christerson in the Chicago area on March 20, 1939. He went to Mt. Carmel Catholic High School and Harper High School, and was a competitive swimmer. While working at the American Health Studio, his manager, wrestler Jack Thornton, thought he had what it took to be a pro wrestler.

In a 2005 interview with SlamWrestling, Christy recalled his debut in 1959. “I won my first match. After that, I was in the dressing room, watching the other matches, and somebody came up to me and asked for my autograph. At the point, I was hooked,” said Christy. “I was somebody. I was important. I thought I’d arrived.”

“The Golden Boy” Paul Christy was best known in the the Midwest, but did do quite a bit of traveling. Often fast.

Moose Cholak was a frequent foe and traveling partner. Christy once recalled a trip to Indianapolis, where he stopped by Cholak’s Chicago bar to get him and Angelo Poffo. They were running late, and Poffo said, “So, Mr. Christy, you can’t get us there too quick.”

“Moose went to sleep in the front seat, and Angelo crawled in the back and went to sleep,” recalled Christy. “I had it floored, I was doing over 100 miles an hour the whole way. Why I never got stopped, who knows? But I pulled into Indy to a gas station. Now we were early. Moose couldn’t believe it. ‘You’re the Evel Knievel of the wrestling world.'”

A Cleveland program, eight years into Christy’s career, described him:

Ever changing, always experimenting, this talented gent is making his name known from coast to coast, border to border. There’s excitement from the time Paul Christy first enters the ring till the time he leaves it. … Paul is the type of gent that seems to make the crowd go wild for him. One way to explain this magnetism is that he’s a real down-to-earth guy. he always finds the time to stop and chat with a fan or sign an autograph for an anxious youngster. “I like to meet people,” admits the rising mat idol.

He spent some time wrestling in Arizona, Amarillo, Texas — where he was Billy Graham — and in the Gulf Coast territory, where he was billed as Chris Lucas, brother to the established Ken Lucas; the Lucas “brothers” were Southern tag team champions in 1965, 1966 and 1969. 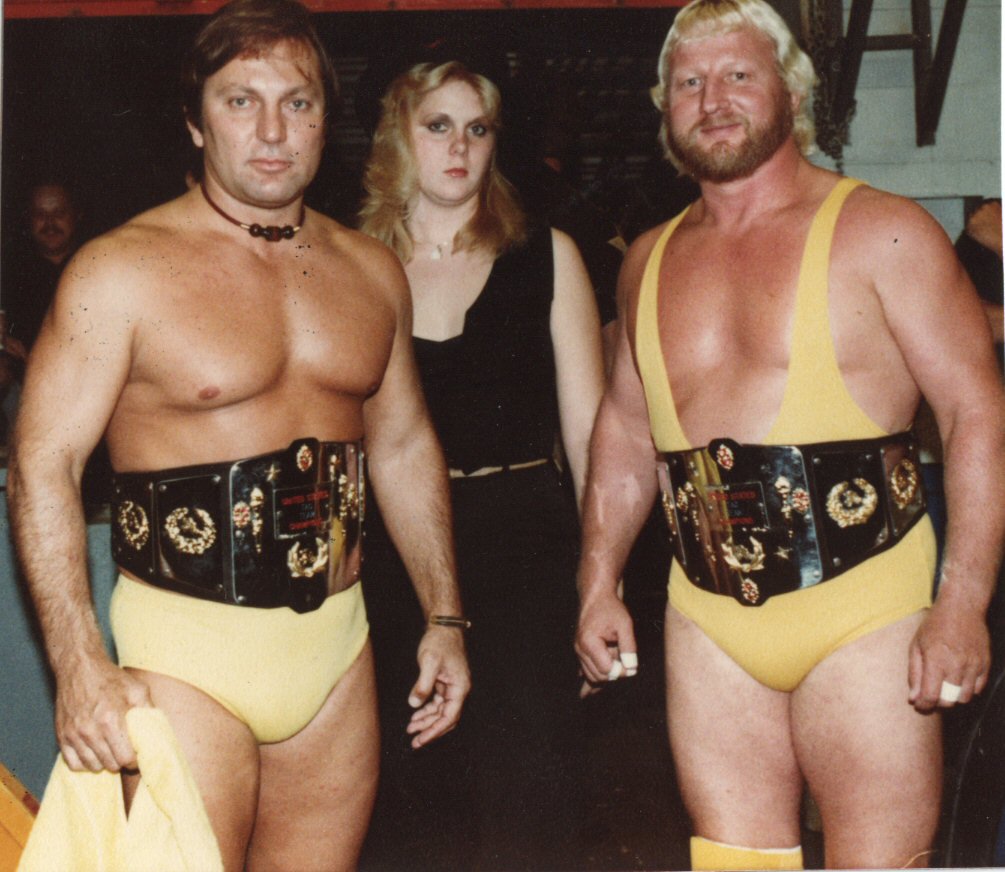 His friendship with Poffo, another Chicagoan, paid off when Christy won the ICW World title from Randy Savage (Poffo’s son) in November 1983, in the renegade promotion. “The Poffos were very good to me,” told Bill Kociaba in a Cauliflower Alley Club story in 2005. “I became their world champion and I stood as Randy’s best man when he married Liz. Angelo and I still are very close.”

In the same piece, Poffo noted how talented Christy was. “He was a fantastic worker. Easy to have a good match with.”

Lanny Poffo brought the news of Christy’s death on May 24, 2021: “I just received a call from Bunny ‘Burmeister’ Christerson my very dear friend Paul Christy  passed away at the age of 82.”

Unlike Savage, though, Christy didn’t have a long run in the WWF. He arrived there in 1986, made an appearance on Tuesday Night Titans doing magic, and really was not used again. (Wrestlecrap has an excellent recap of the wacky appearance.)

Much longer lasting was Christy’s relationship with Bunny Burmeister, who was his manager Miss Bunny Love from 1979-89, and his long-time life partner. They finally married on June 8, 2006, in Las Vegas, after 27 years together.

Burmeister had been a wrestling fan, attending WWA matches. “I was around 18 when I met Chris (Paul’s nickname) for the very first time. I saw him just hanging around and thought he was gorgeous. We started talking and I gave him my number. It took him a few months to call, but once he did we became inseparable,” she told Kociaba.

The duo were the first husband-wife team presented with co-awards by the Cauliflower Alley Club in 2006. 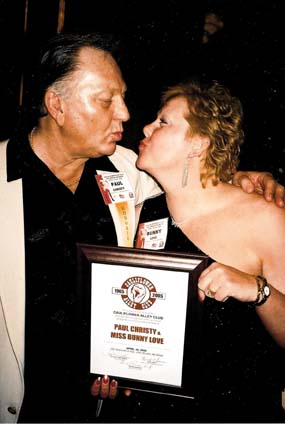 He had plenty of stories from his career. This is one, involving Cholak again, he shared in 2005: “I remember one time, I had a developing bald spot before I had a hair transplant in the back of my head. I had to carry spray with me all the time, and go in the dressing room and spray the back of my head so I wouldn’t shine in the ring. ‘Moose, spray the back of my head.’ All of a sudden I hear, ‘Oww, oh, no, no!’ He held the can wrong. He had sprayed his new blue boxer shorts, his new blue shirt. It got all over him, this dye. He said, ‘Oh, I just guess I wasn’t meant to be clean.'”

Christy stopped wrestling in 1990. He was also a magician and an hypnotist.

In 2005, he published his autobiography, The Many Faces of Paul Christy.

No services will be scheduled.