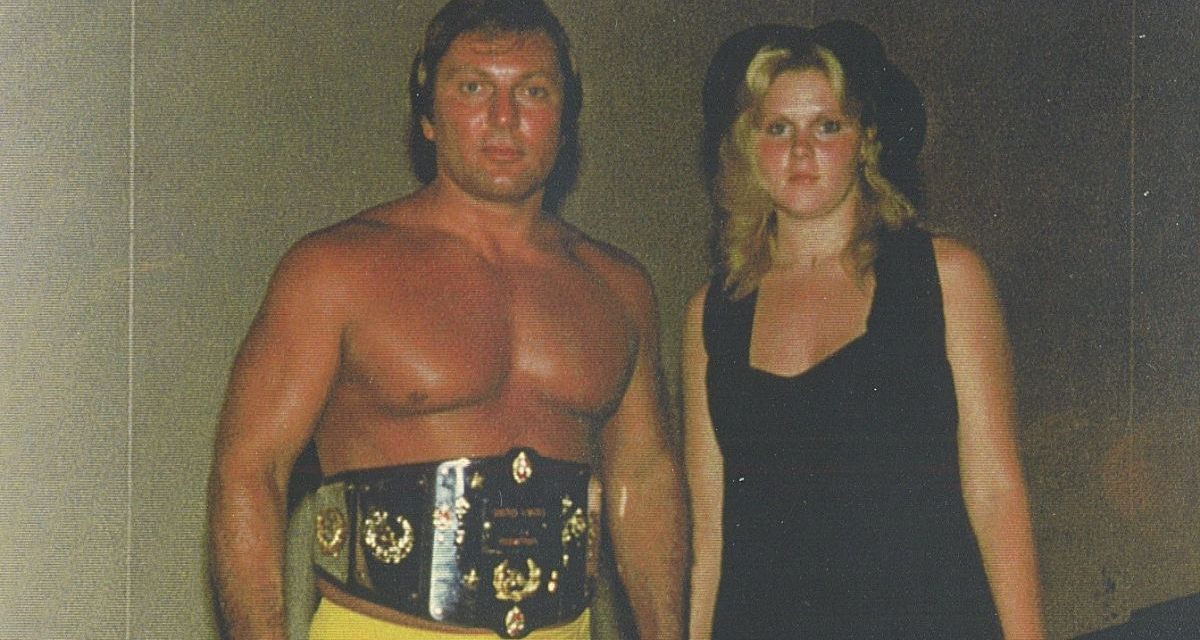 Paul Christy and Bunny Love will make history this spring when they become the first-ever husband and wife team to be honored by the Cauliflower Alley Club. It’s the pinnacle of a whirlwind career that has brought Christy money, fame — and love.

But it wasn’t always bright lights and screaming fans for Paul Christy. Born Paul Christerson in the Chicago area on March 20, 1939, Christy attended Mt. Carmel Catholic High School on a swimming scholarship before transferring to Harper High, where he took up wrestling. After graduating, Christy started working for the American Health Studio chain. His manager, Jack Thornton, wrestled in the area and thought Christy had the right look and build to be a wrestler. Christy agreed to work one match, just to say he did it. He fondly recalls his first match at the Marigold Arena as the moment the wrestling bug sunk its teeth in.

“I won my first match. After that, I was in the dressing room, watching the other matches, and somebody came up to me and asked for my autograph. At the point, I was hooked,” says Christy. “I was somebody. I was important. I thought I’d arrived.” 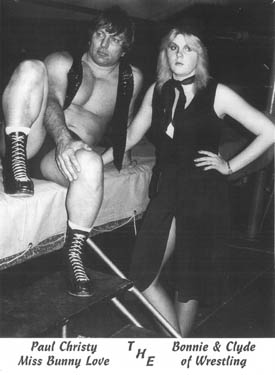 Christy went on to work for Fred Kohler in Chicago, where the fans voted him rookie of the year in 1960. A few years later, Christy’s old health studio manager, Jack Thornton, invited Christy to Amarillo, Texas, to work for Dory Funk Sr. Competing as Billy Graham at the behest of Funk, Christy worked near the bottom of the card until Mike DiBiase invited him to work for his Arizona promotion. Unfortunately for Christy, the promotion closed its doors just as he started working main events.

“This is a lonely life without all that glamour. Right from the beginning, I knew there had to be a lot of ups and downs to this business,” Christy says.

He went to Alabama and formed a tag team with popular local grappler Ken Lucas. Billed as Chris Lucas, Christy and his “brother” captured the Southern and Gulf Coast tag team titles several times before he returned home to Chicago to work for legendary grappler Dick the Bruiser. While performing for the World Wrestling Association, he held the promotion?s tag team championships with Wilbur Snyder, Moose Cholak, and Roger Kirby. It was during Christy’s stay in the Windy City that he was swept off his feet by Bunny Burmeister, later known to wrestling fans as Bunny Love.

With Bunny by his side, Christy approached Dick the Bruiser with an interesting proposal.

“I went to Dick the Bruiser and said there are no girl managers around, which there hadn’t been for years. I said I’ve got a girl, what about me making her my manager?” says Christy.

Dick the Bruiser agreed, and wrestling’s first couple was born. Hailing from Hollywood, California, Bunny Love made her debut on July 4, 1979, the culmination of her lifelong dream to step foot inside the squared circle.

“When I was a kid, I used to go to the Amphitheater. When I walked out with him, there was nothing but people everywhere,” Bunny says. “All I could see were these spotlights on me. I’m walking down the aisle and he whispers in my ear, ‘you’ve arrived. You’re here.'”

Billed as wrestling’s Bonnie and Clyde, Christy and Bunny traveled to Kentucky to work for Angelo Poffo’s ICW promotion in the early 1980s, where Christy cemented his reputation as a solid worker, and even captured the promotion’s heavyweight championship from a young Randy Savage. It wasn’t long before Vince McMahon and the WWF came calling.

“It was a different world,” says Christy of his WWF experience. “I had been on top in different places. I was told I was one of the best workers around as a babyface, but I was getting older. When I went with Vince, I was in my forties. He gave me a job for a couple of months; he didn’t give me an opportunity.”

Resigned to putting others over, Christy spent much of his brief WWF tenure staring up at the lights.

“That sort of depleted my ego, but a lot of it was my fault, because I didn’t show him what I had,” Christy says. “By the same token, I wasn’t given a chance.”

After parting ways with the WWF, Christy went into semi-retirement, taking occasional bookings with Juan Hernandez’s Championship International Wrestling promotion in Chicago. Even though he’d spent most of his career as a fan favourite, Christy’s third stint in Chicago saw him become one of the most despised villains in wrestling.

“Being a babyface so long, I knew what I should do as a heel: put that babyface over and make him look good,” Christy explains. “Some heels get the wrong idea. They want to be so powerful that they’re unbeatable. I wasn’t afraid to sell. It’s an entertaining sport; people get their kicks when they see a coward getting the hell beat out of him. Sometimes, heels will get too selfish and not understand the concept.”

It’s been 15 years since Paul Christy and Bunny Love last stepped between the ropes, and both are honoured to be recognized by the Cauliflower Alley Club this April at the annual reunion. Bunny is especially proud to have helped pave the way for other women to get into the wrestling business. “I actually brought back the female manager,” Bunny says.

She’s discouraged by the current role of women in wrestling today, claiming there’s too much emphasis placed on sex when a large portion of the audience is made up of kids.

“You have to love this business and want it really bad,” says Bunny. “You don’t have to sell yourself to get into the business.”

Reflecting on a career spanning more than three decades led Christy to recently write a book, The Many Faces of Paul Christy. It’s the story of Christy’s life as he wrestled with the ups and downs of the mat game. He can’t wait for this year’s Cauliflower Alley Club ceremony to swap stories with fans, family, and friends alike.

“It’s the greatest feeling in the world to be honoured and recognized. It’s almost too hard to express,” says Christy. “I’ve experienced a lot of things in my life, but this is right near the top. To be honoured by the Cauliflower Alley Club, it’s top shelf. It’s the Cadillac.”