Ken Lucas, dead at 73, was a consummate babyface

Ken Lucas, who died on Wednesday, August 6, 2014, at age 73, was often seen as a wrestler who homesteaded and never travelled the territories the way many of his colleagues did. However, if you look at his record, he worked from one end of the United States to the other, though almost exclusively in the southern states.

Perhaps more important than the travel though is the fact that he was a main player wherever he worked, a convincing, entertaining wrestler who was respected by fellow wrestlers and loved by fans. The word consummate babyface applies in Lucas’ case. 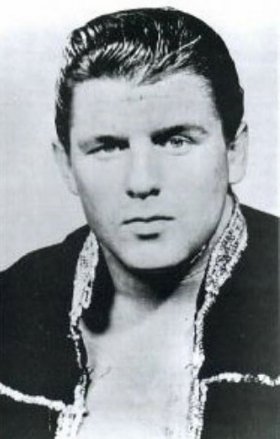 “We travelled the roads together & socialized,” wrote Les Thatcher on his Facebook page. “He had one of the greatest sense of humor of anyone I ever knew & was one of the greatest workers I have ever had the pleasure of locking up with. Our business has lost an amazing human being.”

Nick Kozak teamed with Lucas in 1975, and they held the Gulf Coast tag team championship.

Describing his partner as kind of solitary,” Kozak talked about his wrestling style. “It was all business with Ken,” said Kozak. “He got over, I think because he was very professional, I thought. He could handle himself. Nothing super flashy … You knew he was there, he looked solid, and he did his thing. He got over in Mobile damn good. We did pretty good as a team.”

The 5-foot-10, 220-pound Lucas is most associated with the Gulf Coast territory, but also north from there into Tennessee and Alabama. He was also a main eventer in Oklahoma and Texas, as well as his home state of Arizona. The list of the titles he held in the area is long and varied.

On the KayfabeMemories.com website, Jeff Luce talked about the legend of Lucas in the piece “Southeastern Wrestling’s Own Living Legend.”

“Many wrestlers have had the moniker ‘Living Legend.’ For some, like Bruno Sammartino, the name fits, and for others it was a way to get heat. While Ken Lucas never called himself a ‘Living Legend,’ he was our version of Bruno. Whenever the promotion needed to spike the crowds, you could bet Ken Lucas would be coming back. Whenever the bad guys were getting just a bit too big for their britches, you could bet Ken Lucas was coming back. If you were the top good guy in Southeastern, when Ken Lucas came back, you immediately jumped to number two. No questions asked: that was just the way it was.” 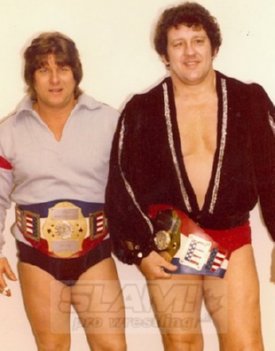 Historian Scott Teal knew Lucas and perhaps had chronicled his career more than any other; in 2012, Lucas made it out to one of Teal’s Tennessee Wrestling Legends Reunions just outside Nashville.

Herein is Teal’s recapping of Lucas’ career, used with permission:

Ken’s family moved from Pennsylvania to Arizona when he was six years old. As a teenager, he sold popcorn at the wrestling matches and met a few the wrestlers, including Al Pago Pago and Lu Kim.

“Lu Kim was a tough shooter,” said Lucas. “He stood about six-foot-five, so it was hard for anyone to do anything to him he didn’t want done.”

When Ken began going to the YMCA where the wrestlers trained, he asked if he could work out. Ken had good teachers in Pago and Kim, as well as occasional sessions with Sputnik Monroe and Art Neilson. “I trained for a solid year before I had my first match. It was against Al Pago Pago and it lasted eight minutes.”

In 1959, he wrestled occasionally and worked full-time at his father’s restaurant in Mesa. Ken went full-time in 1960 and moved back to Pennsylvania. When Don Fargo and Jim Dalton left the Pittsburgh promotion, Ken and Mickey Sharpe took their spots for Toots Mondt and Ace Freeman.

Ken later returned to Arizona for a short time and then took bookings in the South Pacific. “I was there with Tony Olivas, Charro Azteca, Jerry Woods, and Bill Melby. I lived on New Caledonia Island for seven months. Most of the guys didn’t like to live there because a plane only came in once a month, but what was there not to like? I spent my time working out, sunning on the beach, and watching girls walk around with no bathing suit top. I didn’t care if a plane ever landed.”

Ken eventually left and went back to spend several years in Mesa, wrestling as a heel. From there, he spent considerable time in Tennessee, Texas, Knoxville, and Tampa. “I hated Tampa. I didn’t like to fly and they flew a lot to Miami and Jacksonville — whether the weather was bad or not. I didn’t like Amarillo, either, although I worked there for fifteen months or so. The guys on the bottom had it hard there. I felt sorry for them because they starved to death.” 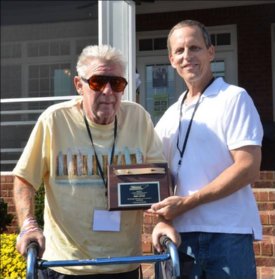 His favorite territory was Mobile, Alabama, but Ken liked most of them. “I took Paul Christy as my partner in Pensacola and Mobile, and I had Dennis Hall as my partner in Tennessee. I liked them both a lot.”

Ken had a couple of bad incidents take place during his career, the first being a car accident while driving back from Panama City. “Wayne Farris and his wife were with me. She went out the back door and he hit the side. The car rolled over and my leg got cut. When I felt my knee, all I felt was blood, and I thought I had lost my leg.”

Several months went by before Ken was able to get back into the ring. Not too many years later, a truck ran into him from behind and he had to undergo back surgery. “That was pretty much the end of my ring career. I moved back to Arizona and ran a lawn service for the next five years. I took classes in food and nutrition and got a degree, but when I applied for a job, they wanted to pay me four dollars an hour. I’m not sure what that degree was supposed to do for me.”

Away from the ring, Lucas had many tragedies, losing two daughters, two sons, and his wife. During the last years of his life, he owned rental property in Arizona, but was living in Navarre, Florida, and ran a booth at the T&W Flea Market, in Pensacola, selling hats and other items — and talking wrestling with fans who remembered him so fondly.

Lucas was found unresponsive in his home on Monday night and taken to the hospital; apparently he never regained consciousness and passed away on August 6, 2014.