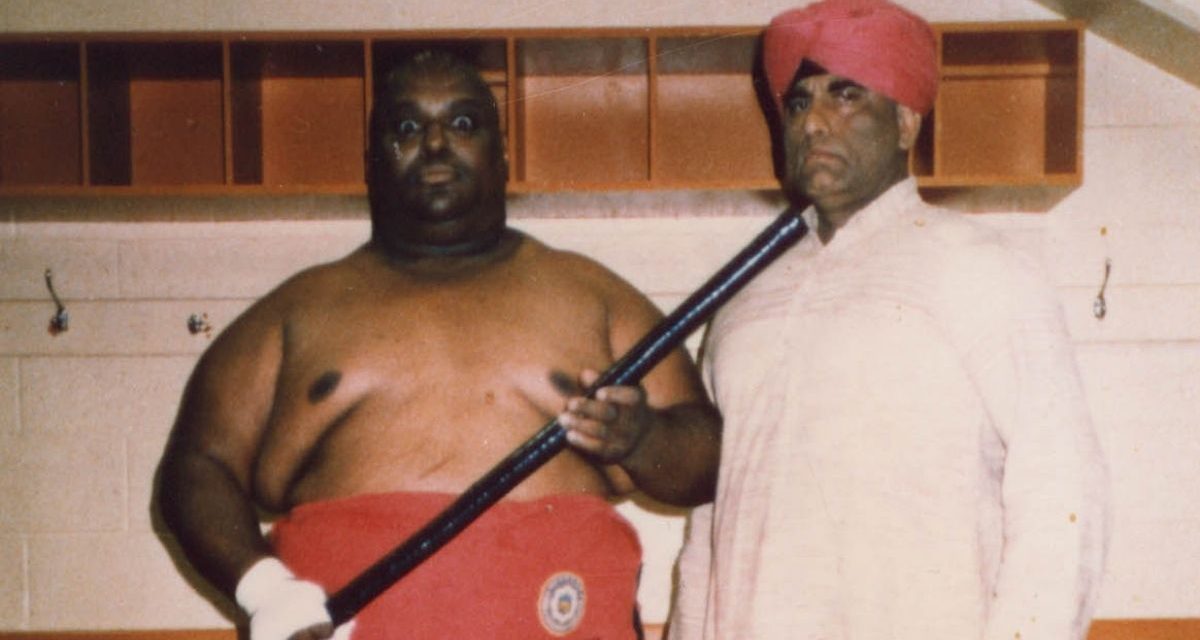 There will be one less Christmas card arriving this year at my house. Deepak Massand has died.

Most will just go “Who?” and move on. But here’s why you shouldn’t.

Deepak Massand is probably the greatest self-promoter I have met in all my years in wrestling.

There was his self-published book, Deepak Massand: An Autobiography from 2007. He included a little calendar with his Christmas cards that had photos of him through his life, hobnobbing with celebrities, wrestlers, politicians. He had his own letterhead, with his face on it, and noted that he was an “actor, comedian and former professional wrestler.” He was quick to hand out a business card.

He loved Facebook and shared his photos there — even photos from his recent health battles. And he was among the first to “like” my wrestling related posts there too, sharing the SlamWrestling.net stories. 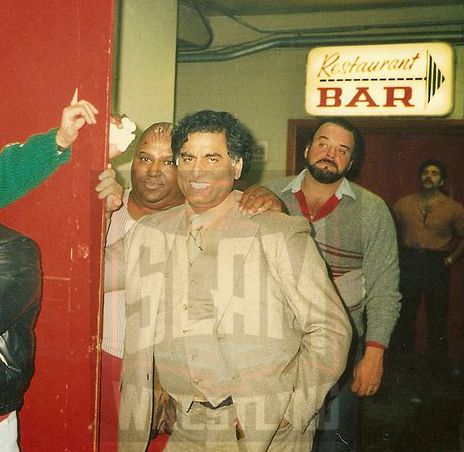 Deepak’s phone calls were also an event. “Mr. Greg” — always formal, always inquisitive in his heavily-accented voice, asking about common friends in the wrestling business, sharing bits of gossip. Unfailingly, he’d ask about my wife and son. I knew he’d been hospitalized, so I was surprised to get a short call this past Christmas.

He’d attend wrestling events in Montreal, especially reunions and book launches, though his career in wrestling wasn’t especially long, and it started out as a bit of a rib.

In the early days of the 1970s Quebec battles between the Vachons and their Grand Prix Wrestling promotion and Les As du Lutte, run by the Rougeaus, Paul Vachon found a way to twist the knife a little. The Sheik (Ed Farhat) had been a regular with the Rougeaus. The Vachons countered.

“We found this Indian from India, and he learned how to wrestle. We put a turban on him, and put him on the card on the Forum in Montreal and we called him The Sheik. He came in and did all his stuff,” recalled Vachon. “Then I got in trouble with the Athletic Commission. Johnny Rougeau complained to the Athletic Commission, they called me in and they had a big meeting. They were going to discipline me and take my license away. I had Tony Lanza’s book, with 4,000 pictures of wrestlers. He had at least four guys called The Sheik. I showed up with it and said, ‘Look, what do you mean The Sheik? What does The Sheik mean?’ If we had called him Eddie Farhat The Sheik, then they could have complained. But there’s the Sheik Ali Bey, the Sheik this and that.”

Of course, Massand was actually from Pakistan, not India, but the point was the same. 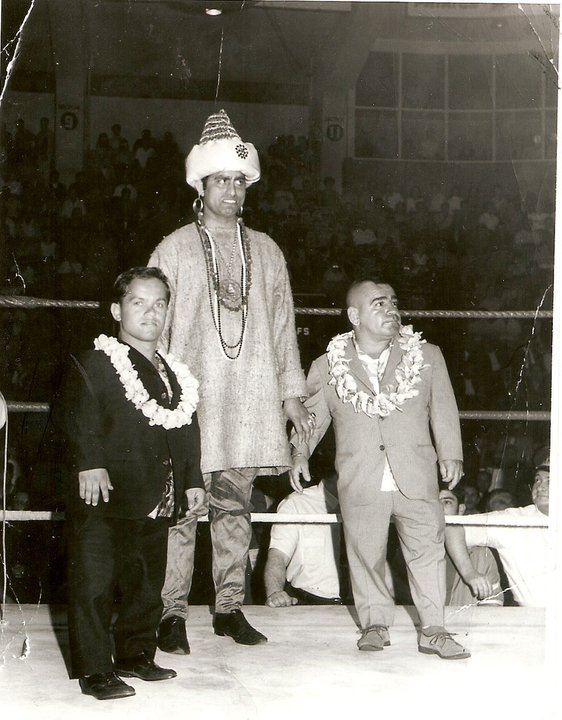 With some skill in Greco-Roman wrestling, he parlayed that break into a modest career, mainly as Tiger Deepak Singh, wrestling in Quebec and out in Alberta for Stu Hart for nine months. But it was as a manager that he shone a bit more, especially alongside Abdullah the Butcher — who broke the news of Massand’s death:

My heart is heavy on the passing of a man that was a great and loyal friend of mine. I spoke to him just a couple of days ago and I was shocked when I called him about twenty minutes ago and his sister told me he’s gone from amongst us! My condolences to his brother and sister who took care of him for years. I appreciate you for taking care of my friend that was my manager and a great friend for many years. I’m really gonna miss him calling me many times and being able just to call and hear his voice. A great man that has done a lot for many people. He will be truly missed!!

The other big name he was associated with was The Great Antonio, who he worked with in Japan. “Great Antonio wouldn’t listen to me anymore because he was mentally sick, so I had to give up on him. I spent a lot of money on him,” Massand once told me. 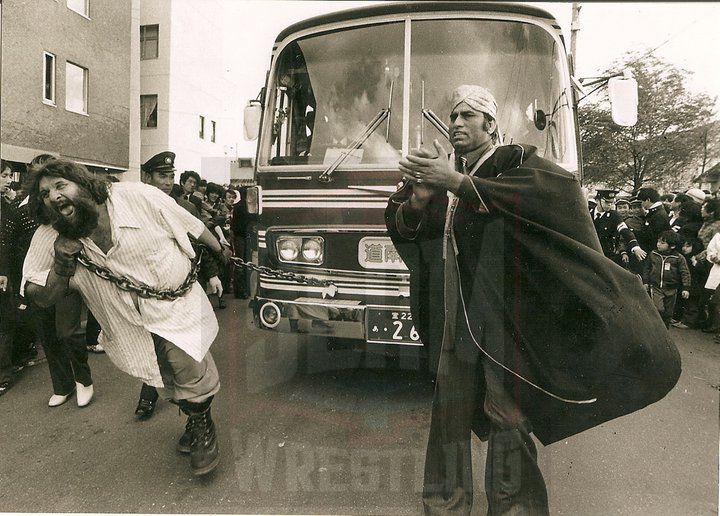 The Great Antonio pulls a bus as his manager, Deepak Singh, cheers him on.

In an interview with John Woods, on CJAD radio in Montreal years ago, Massand talked about his kids TV show in Japan, where he portrayed Jeromino, a Native American: “I was really popular during Expo ’75 in Okinawa, and then I got a contact in night clubs and working for Baba’s office. At the same time, Mr. Don Leo Jonathan was also working for Baba’s office, New Japan Pro Wrestling (sic). There some producer picked me up, and said if I could act in his night club. I said, ‘Sure, I can try.’ I impressed him, and he said some word in Japanese, if I could say. And I said those words in Japanese, just jumped, and he hired me for his night club. Then I became an actor in children’s programs and adult programs, which had been done previously by Mr. X, The Destroyer.” 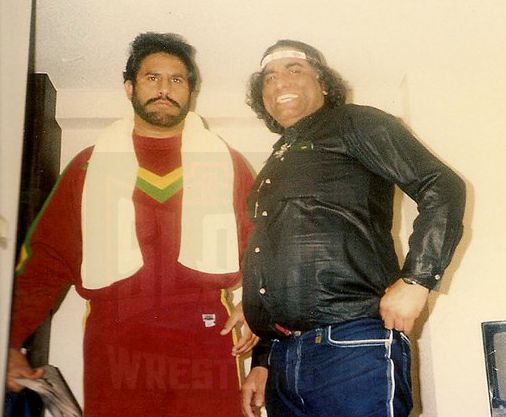 Most of his story is told in the 2007 SlamWrestling.net piece by Richard Kamchen: Deepak Massand: A journey from Pakistan to pro wrestling to politics

Deepak was also one of the proudest Canadians I have ever met. He came to the country out of duress, escaping dangers in Pakistan. It was the land of opportunity, and he made the most of it, and arrived for Expo 67 in Montreal. 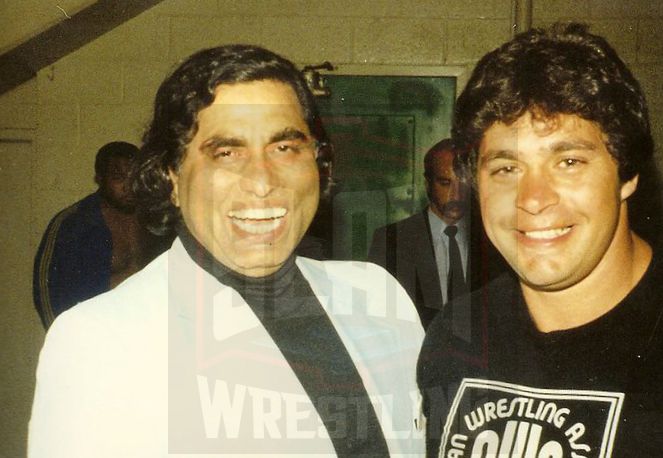 His book reprints letters from all levels of government, thanking him for writing and being a part of the political process. He had photos with prime ministers and members of Parliament.

He tried politics himself. In November 1993, in the federal election, for example, he was listed as Deepak “The Sheik” Massand on the ballot in Verdun, Quebec. “Massand got a decent amount of curiosity publicity when Abdullah the Butcher came to town the week before the election and in a suit and tie campaigned for him, which got him a big newspaper photo in the local paper,” noted Dave Meltzer in The Wrestling Observer Newsletter, reporting on Massand’s poor showing, garnering 0.27% of the vote in his district finishing ninth of ten candidates.

Then there was his work as a palm reader, as an astrologer, acting … are you getting the picture? He was a character.

Though I’d known Deepak for over 15 years, it felt like more — maybe because he was so good at sharing his past. I’ll miss him.

EDITOR’S NOTE: Deepak Singh died on May 23, 2021. The cause of death was not released in the obituary.

Deepak Massand: A journey from Pakistan to pro wrestling to politics