The Ascension and Awakening of Viktor Part 3: The future awaits 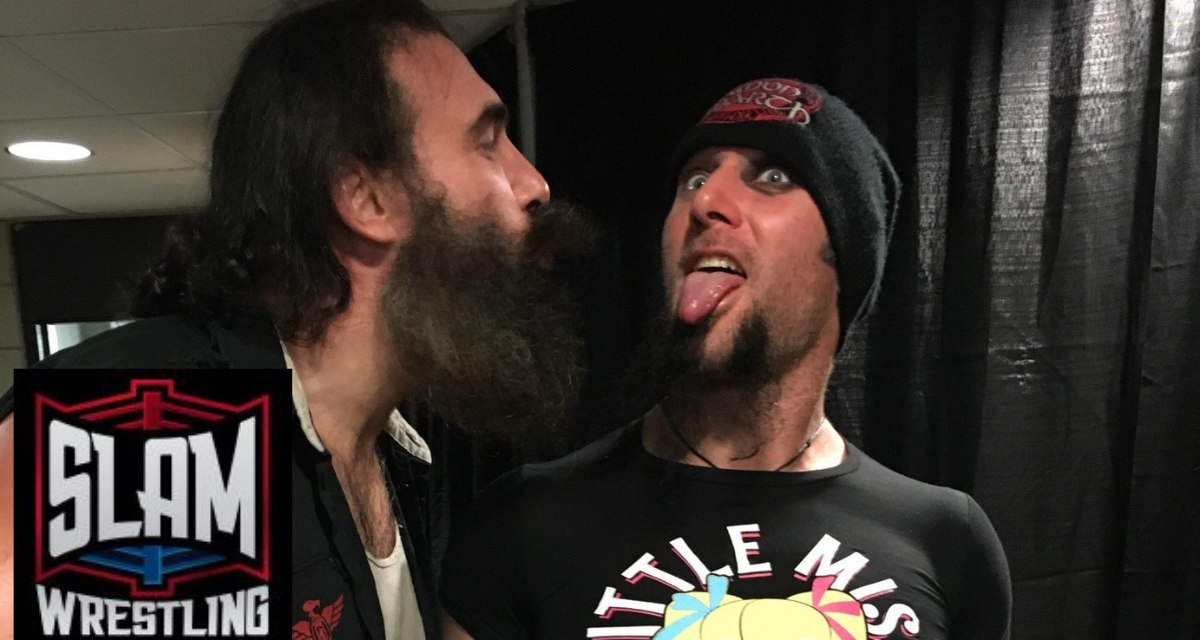 In a three-part series, Viktor of The Ascension shares his memories of working to get signed by WWE, his time in NXT, on the main roster, and what lies ahead for the man born Eric Thompson. In part three, he looks ahead to The Awakening.

Like so many, the COVID-19 global pandemic messed with the plans of Eric Thompson.

He had plans set up for his partner in The Ascension, Ryan Parmeter. Post-WWE, they were heading out onto the independent scene as The Awakening, with Parmeter as “Big Kon” instead of Konnor and Thompson as “Vik The Spacelord” instead of Viktor.

“We got out for two weekends, that was it, and loving every minute of it again,” said Thompson. “I was so ready to be gone every weekend, doing conventions, and doing shows. It was just heaven to be loving wrestling the way we were again, then COVID hit and just shut everything down that we had going on. It’s just been an up and down thing where we want to really show everybody that we’re worth having somewhere, even if somebody already knows it based on our reputation and our ability to do what we can do.”

Fortunately, the 40-year-old Thompson had taken the advice of others to heart, as the learning tree was not just about action in the ring and cutting promos.

“I came from very humble backgrounds and every man that taught me that made any money said, ‘Save your money because you never know when you’re not going to be making it.’ I’ve been very lucky that I’ve for the last two years I’ve been doing me.”

Parmeter lives not far away, and is married to wrestler Krissy Vaine. Thompson has a girlfriend outside of the business.

There have been companies running. With the team’s association with Cody Rhodes, it has been a surprise that they have not appeared in AEW. He also has history with Don Callis who is the EVP of IMPACT, going back to Western Canada indies. The fans in companies like AEW, IMPACT, Ring of Honor and Major League Wrestling are the types that will overlook the use of a wrestler in WWE and give them the chance to prove themselves.

“I knew I was going to get asked this because I usually don’t answer this properly or probably looks bad the way I usually answer this question. The best thing I can say is with where we were left in WWE, I’m not calling up a friend to ask for a job. Konnor is on the same page as me. I’ve said to him, ‘If you want me to make a call, I’ll make a call.’ I don’t think either of us want to make the call because we are restarting ourselves more or less.” 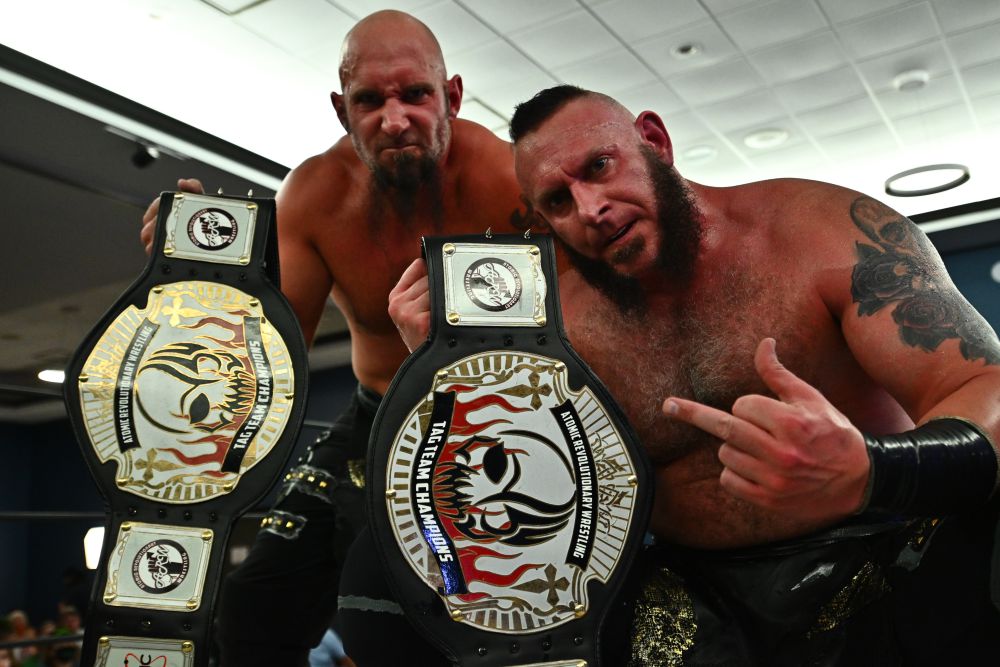 The Ascension is now The Awakening.

Again, there is a What If? aspect to The Ascension becoming The Awakening.

“So much has happened in the last couple of years, we really would have been rolling out of the gate, had it not been for COVID,” Thompson said.

It was eight months at home before being released, and after no-compete clauses were up, Thompson chose had a handful of shows before Covid-19. However, he needed the break.

“I didn’t want to wrestle anymore, honestly. I was very jaded and so clouded, there was nothing but negative that came out of me when I thought about wrestling and I needed to get rid of that before I could even start to do anything again. We were both so miserable at the end of our contracts,” he admitted. “We were not in a rush to go call up our friends and be like, ‘Hey, can we have some jobs?’”

The team recently defeated The Headbangers for the Atomic Wrestling tag titles in Florida. As more states open up, more opportunities to prove themselves will happen, which will could lead to a bigger stage. 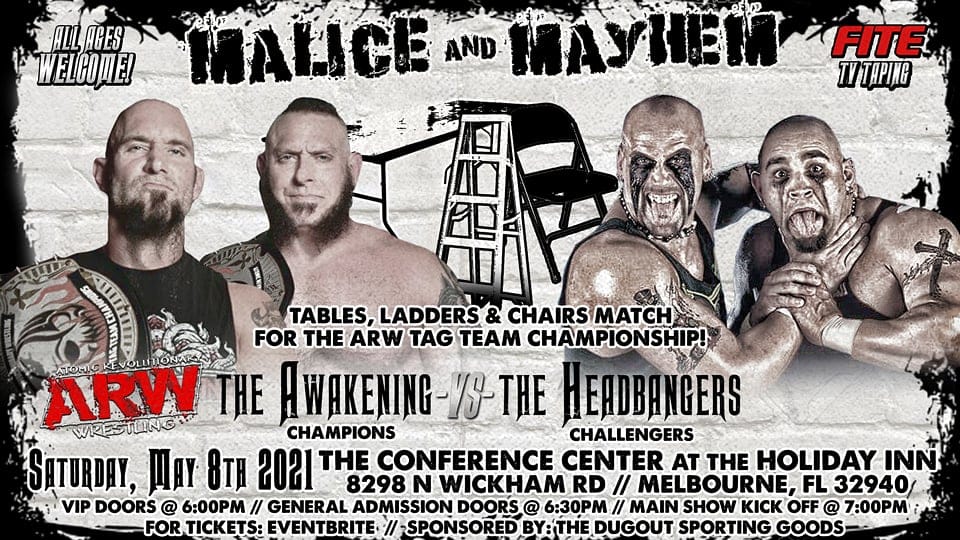 “I think we’re starting to get on the verge of like getting things rolling to where we want them to be, to eventually get to all these places. It’s not that we don’t want to go to major companies. We just go about them in our own way,” Thompson said. “We were really caged for a long time and we’re both very tired of being caged. So we’ll enjoy the freedom right now in our lives and just being able to be us and perform the way we want to is really nice breath of fresh air.”

Many wrestlers have left WWE and returned, often in a bigger role. Wrestlers like Drew McIntyre, Jinder Mahal and more travelled, worked hard, and returned to the company. Don’t expect Thompson to be one of those guys.

“No, never,” he said, adamantly. “It’s hard to say never, and I won’t go into why because it only partially has to do with us and our past experience, but my definitive no is a more personal reason. It’s not that I wouldn’t be happy to ever get to call and say, ‘Hey, guys, want to come back?’ But I’m pretty sure that answer will always be no. A line was crossed and it wasn’t crossed to either of us, it was due to a different situation and it caused me to lose complete and utter respect or to ever have any desire to work there again.”

PAST STORIES ON APOCALYPSE / VIKTOR