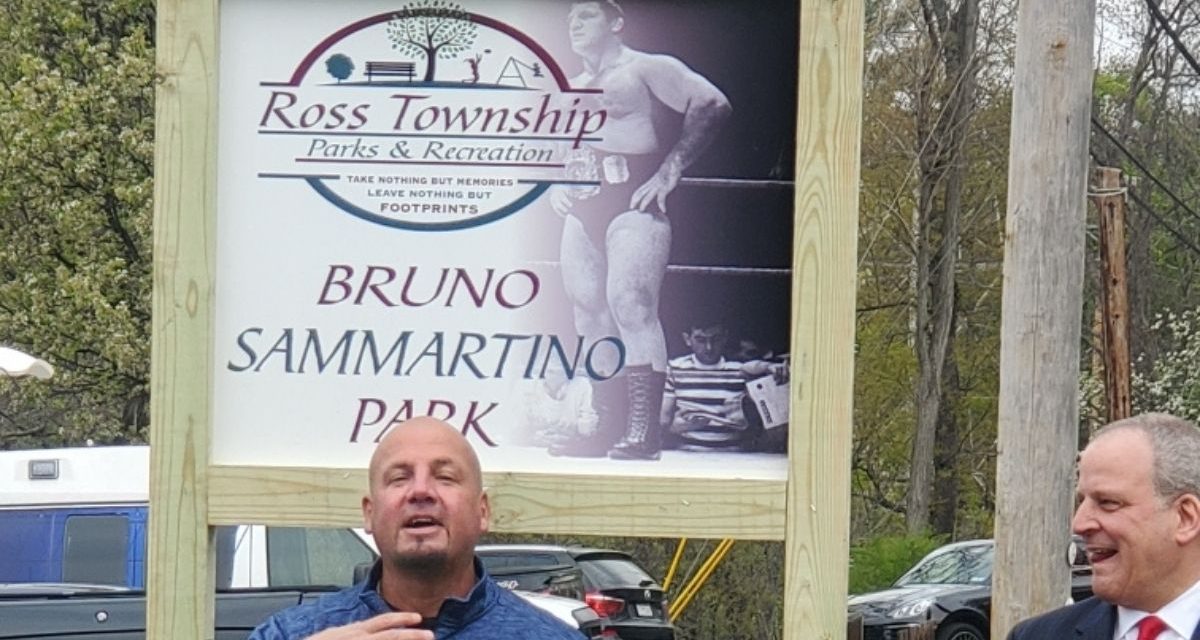 PITTSBURG — Nearly 50 years to the day in which a Pittsburgh Press news story explained how Bruno Sammartino purchased a Rolls Royce, a Ross Township Park near his home was renamed for the “The Champ.”

Ross Township is a suburb of Pittsburgh, approximately seven miles from downtown.

The park, which runs along Sangree Road, was named for a family that owned the land at one time. The park includes basketball courts, a pavilion, playground equipment, and a ballfield.

“My twin-brother Danny and I used to play baseball and softball here,” said Darryl. “And my Dad ran this road 10,000 times!”

Bruno and Carol purchased their nearby home in 1965 and never left.

“Bruno is an internationally-known figure and a lot of people knew that he was from Pittsburgh but didn’t know that he lived in this community, in Ross Township,” said Dan DeMarco, president of the Ross Township Board of Commissioners during the unveiling ceremony.

Asked why his father loved Ross Township much, Darryl said, “It’s not well known, but some people in New York were building a mansion on Long Island, New York, and they wanted to give it to my father. He told them ‘no’ and that he wanted to stay in Ross Township.”

“My Dad was a regular guy, he just had a different job,” he added. 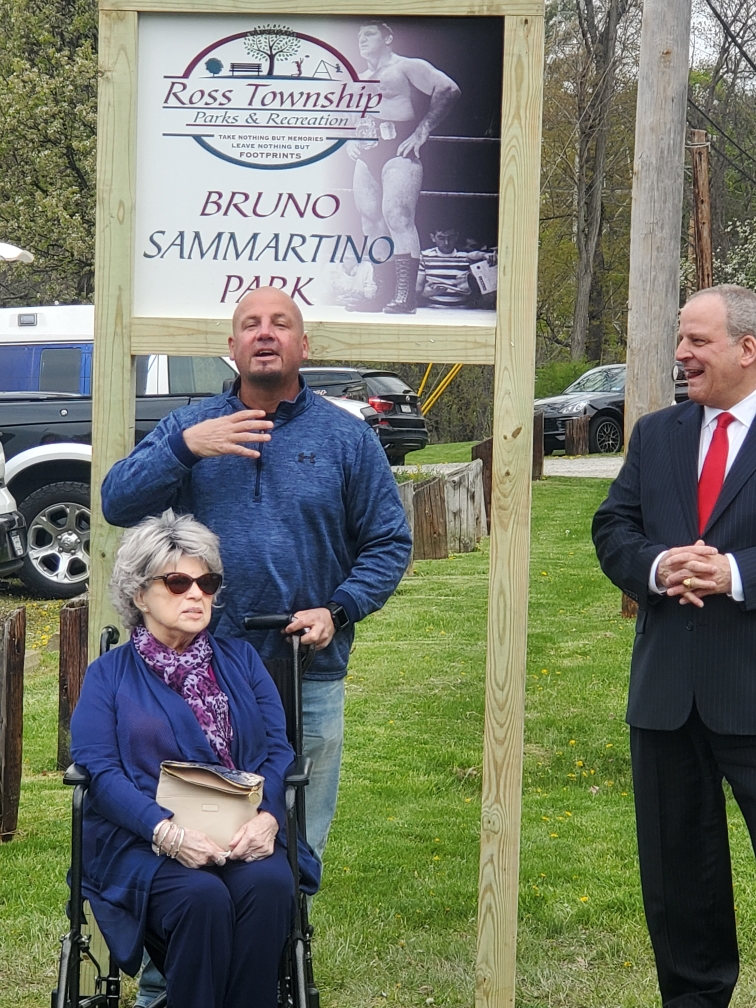 Darryl Sammartino speaks, in front of his mother, Carol, at the unveiling of Bruno Sammartino Park. To the right is President of Ross Township Commissioners Don DeMarco. Photo by Thomas Leturgey

Carol Sammartino thanked the crowd, which included some of Bruno’s extended family and fellow immigrants from Pizzoferrato, Abruzzo, Italy.

“Today was great,” said Darryl. “Dad would be ecstatic.”

As for the Rolls Royce and according to the Jerry Vondas piece in the Press, Sammartino paid $23,500 for the high-class vehicle from his $100,000 annual earnings. Bruno, a former impoverished Italian immigrant who turned to weight lifting to stave off bullies, was touted for realizing his American Dream. When told of the timing of the event, Darryl Sammartino noted that his father sold the car “because people were always ripping off the hood ornament.”

And another 50-year anniversary, Bruno Sammartino was feuding with his long-time nemesis, George “The Animal” Steele throughout the territory. In fact, on Friday, February 23, 1971, Bruno defeated Steele at the Leechburg, Penn. High School Gymnasium, by count-out.

“Dad is up in heaven now, along with my brother Danny,” said Darryl. “And he said to Danny, ‘Look at this, I’ll be damned.’”