Krissy Vaine eyes return to ring, on her terms 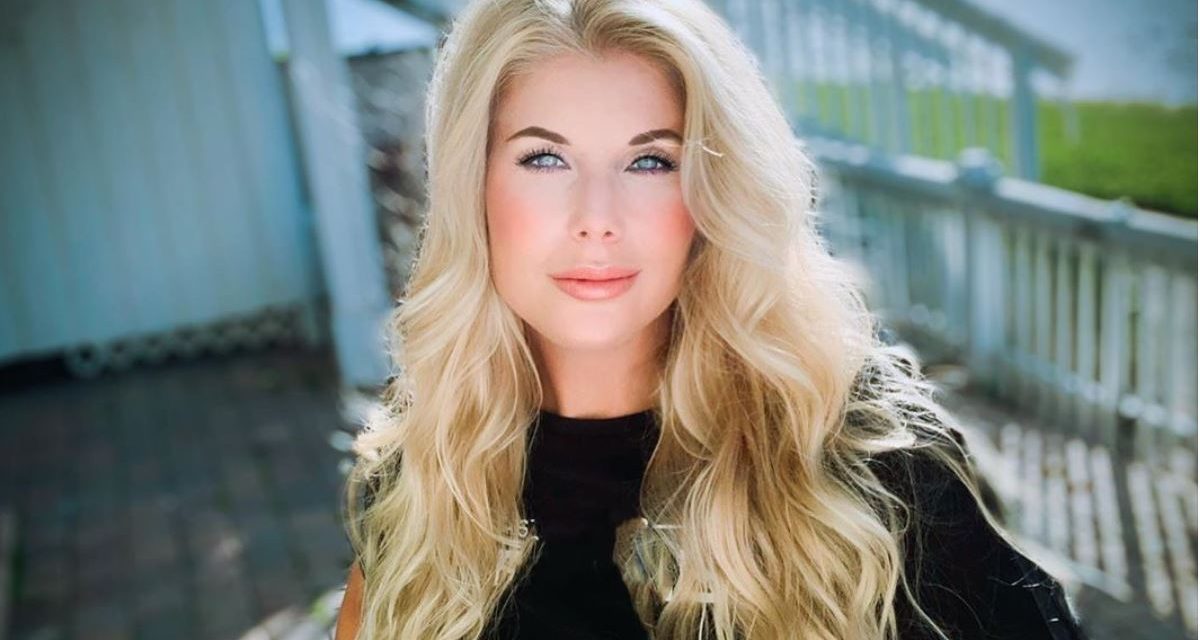 Krissy Vaine is back, but this time things will be different. Vaine, who had a short run on the WWE main roster in 2008, stepped away from wrestling until 2019, where she had her first wrestling matches in over eight years.

Her priorities changed for her since leaving the WWE. Vaine — real name Kristin Eubanks — became a full-time model on the Home Shopping Network (HSN), married fellow wrestler Ryan Parmeter (WWE’s Konnor from The Ascension), and they had a son, Elijah, born in 2018. 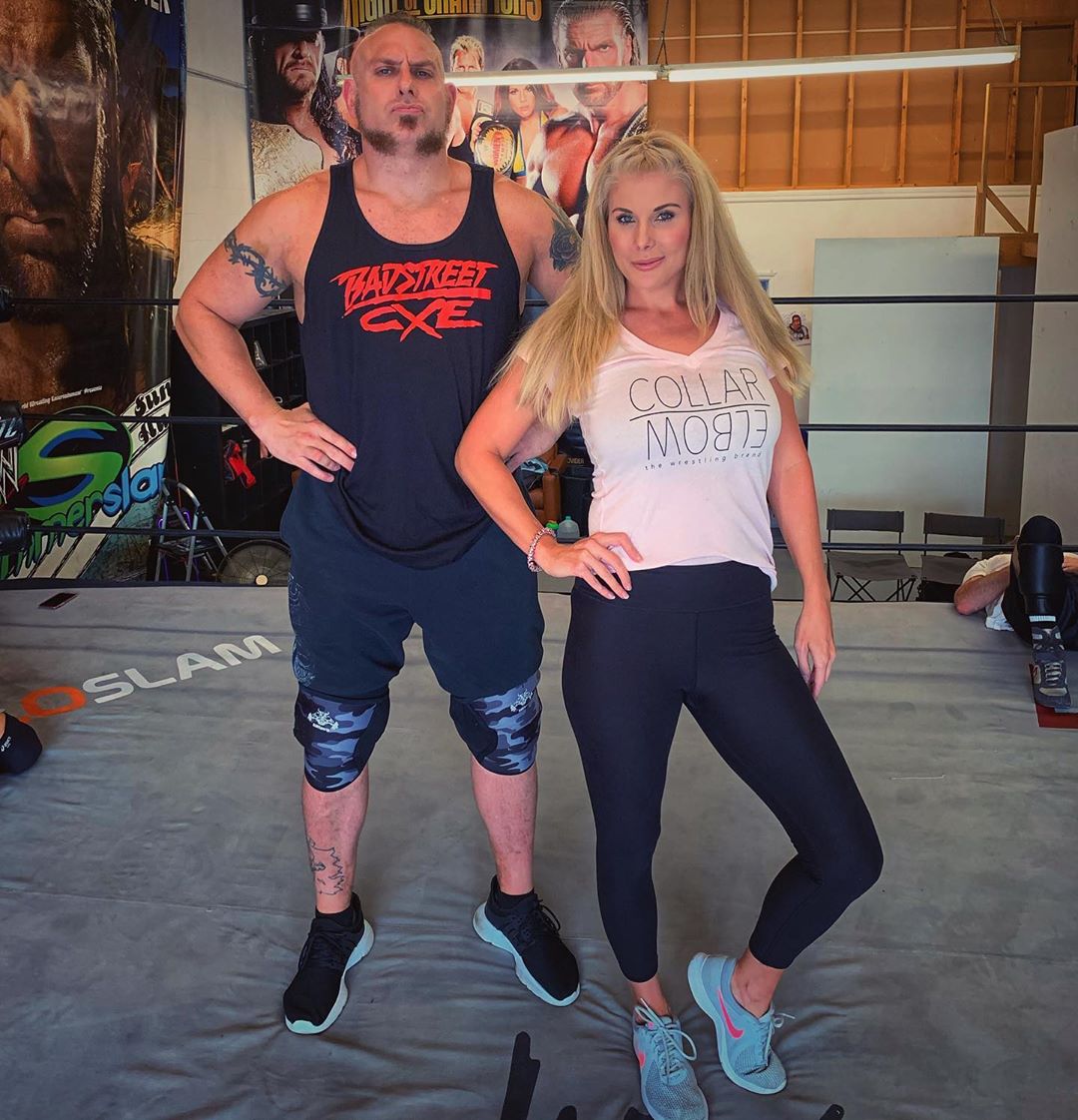 Stepping away from HSN while pregnant gave Eubanks the time off to think about what to do next. Her husband was a full-time WWE Superstar at the time, and so there was that daily reminder.

“When you’re young and get a big opportunity, you sometimes don’t know what to do with it. I wasn’t mentally and emotionally trained for that opportunity the first time,” she told SlamWrestling.net. “But I am still young, and I have this deep desire to come back and do it right this time. Leave a legacy for my son, and be able to have him there when I wrestle.”

Eubanks began training for her comeback in 2019. She was able to work a week of Women of Wrestling (WOW) tapings that year, but AXS TV canceled WOW before her matches aired. She has been able to find a few bookings over the past year, including a match with AEW’s Kris Statlander for New Jersey’s WrestlePro. 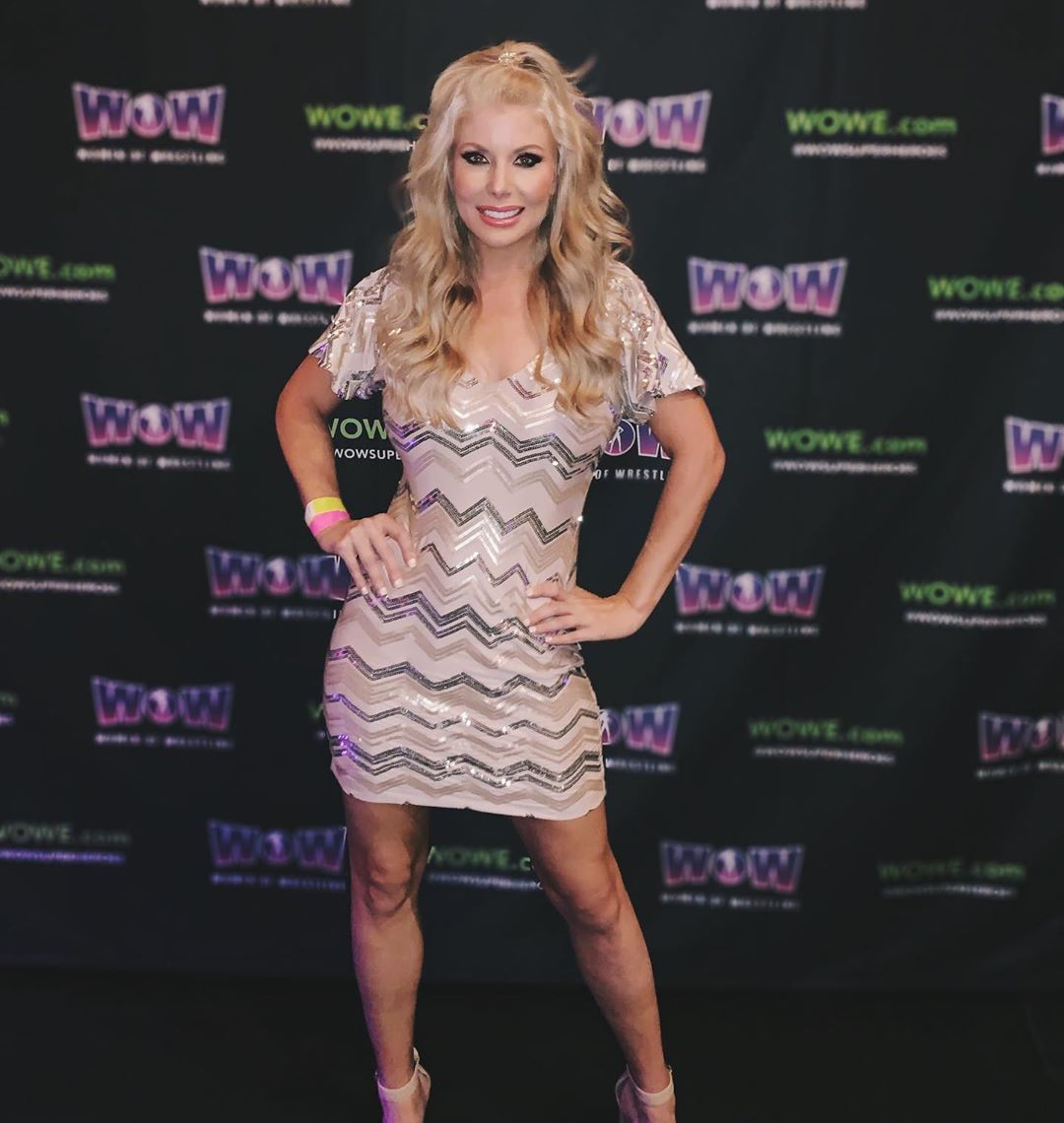 Like most independent wrestlers, she has not been able to wrestle during the COVID-19 pandemic. She was hoping 2020 would be a breakout year for herself, including taking some bookings with her husband. Most of the bookings have been cancelled, though. She is scheduled to return as for an Atomic Revolutionary Wrestling (ARW) show on Friday, September 4, 2020, in Cocoa, Fla.

At 39 years old, this time around, she is doing it differently. “When I started to train again, I saw that everyone is young and hungry. That is how I was when I started. But I have been there and done that.”

Returning to her ring persona was revitalizing.

“I enjoy being Krissy Vaine. She is so much fun. And now I look at wrestling with the idea that ‘Whatever the wind blows us.'”

Looking back at her career, Eubanks hopes to learn from her past and refuses to set high expectations. “I think that was a real part of my downfall. I was extremely goal-oriented and did not enjoy the moment. You can set too high of goals, where if you do not meet them, they can make you depressed.”

Vaine was under contract with the WWE from 2005 through 2007. She made her main roster debut on the September 28, 2007 edition of Smackdown. Shortly following her debut, WWE released her future husband (he would later rejoin the WWE in 2010-2019). She then made the bold move of asking for her release, which the WWE granted.

Being with her family and taking whatever comes to her is her outlook this time around. She is trying to be safe, knowing that the world will open up in the future, and she can better explore what is out there.

During her time away, Eubanks kept up with wrestling, but did not watch it all the time. “My life has changed with the start of my family, but I enjoy watching Sasha Banks and Nattie (WWE’s Natalya), and think there are many females that I would love to wrestle with.”

Natalya and Vaine were in WWE development together.

She sees a lot of positivity for women’s wrestling with the recent start of AEW. “I admire what Brandi and Cody (Runnels) have done with AEW. They follow a similar path that I have taken where a seed becomes a little bud and then blossoms into a huge flower.”

“The creativity of AEW during this difficult time has been admirable to watch.”

During her run with the WWE, she remembers what WWE Diva Dawn Marie Psaltis told her about the business. “She said, ‘You have to evolve with the business. And if you don’t evolve, you get left behind.'”

When she started her return last year, Vaine had to change much of her in-ring style too. She was initially trained in a slower-paced style of wrestling in North Carolina, but since her return and experience at the WOW tapings, the pace was much different. “The girls today are much quicker and faster, and a big part of my training has been to adapt to this change in style.” 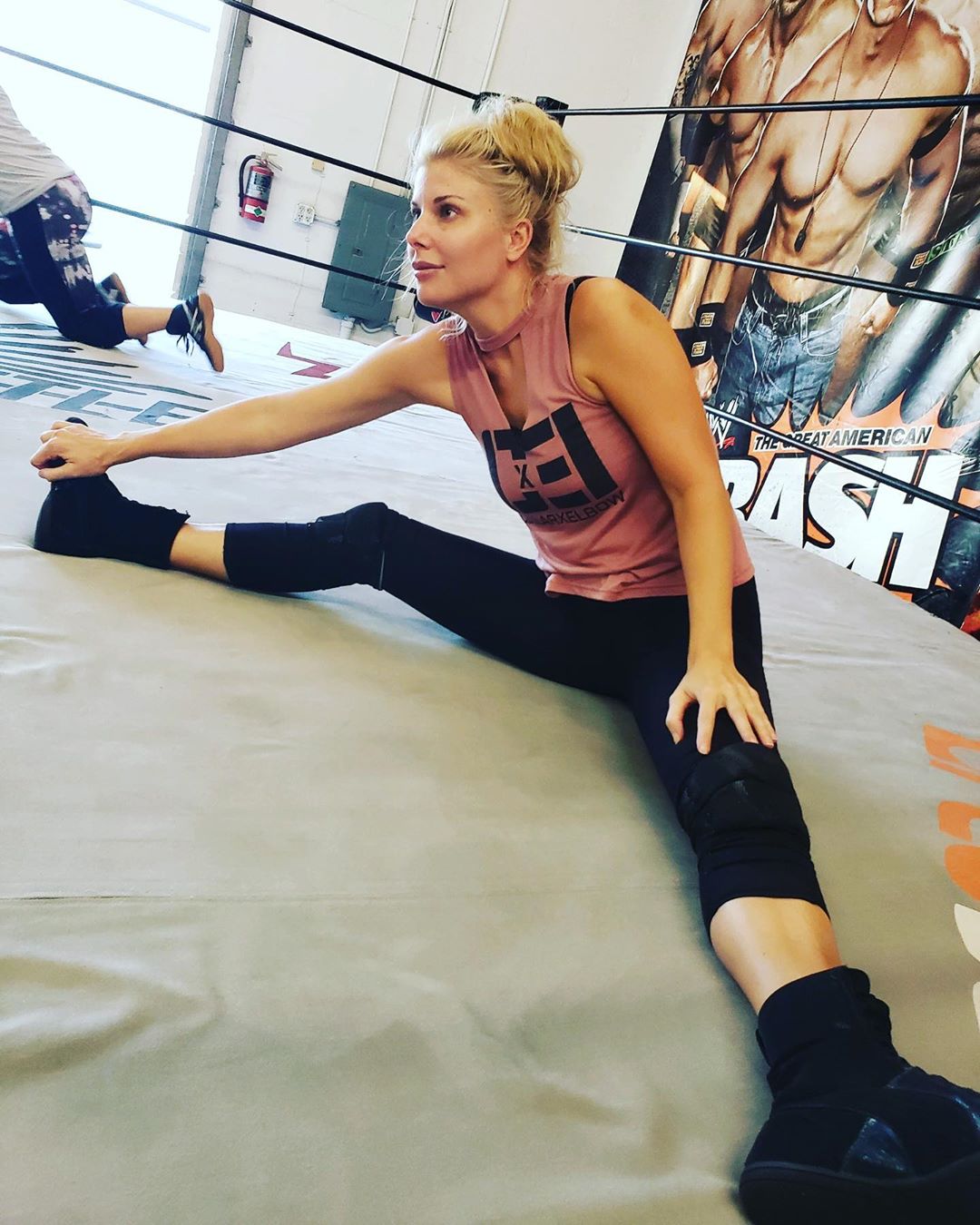 Vaine has recently started a YouTube Channel named “Connected with Krissy” She saw the extra time at home this year could be filled by helping people.

“I am sharing discussions with people and ideas that have changed my life. I have talked to a naturopathic doctor, a flower essence practitioner, and a mother’s edition with Jake Hager’s wife, Catalina. And the videos have meaning and hope to make a difference.”