Behind the Gimmick Table: Babyface Joe E. Legend sells, bad guy not so much 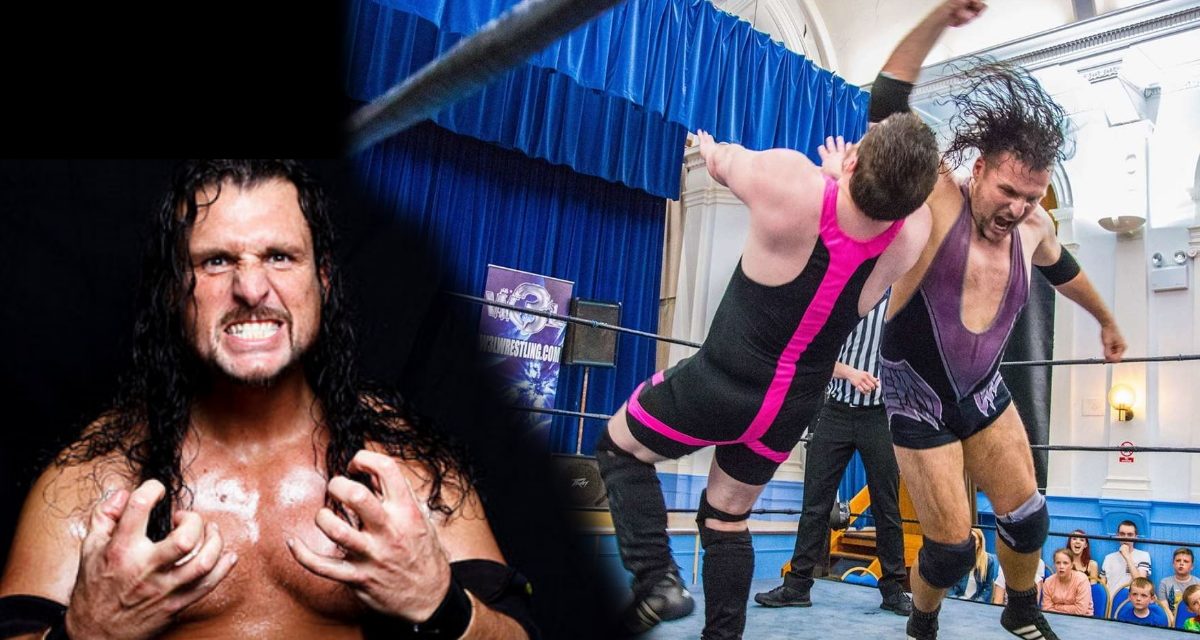 In the grand scheme of wrestling, Joe Hitchen is probably best known by most fans for his late 1990s WWE run as “Just Joe.” But that experience is not one that he looks back on very fondly. His most successful merchandise days would also come later. Hitchen’s memories of wrestling merch started in his mid-teenage years. His younger brother was a big wrestling fan and watched it at home on TV while the elder Hitchen spent his Saturday mornings training in karate and martial arts. But one day upon getting home Hitchen took notice. Soon enough he was checking out live events and collecting.

His first live event was in Scarborough, Ontario, featuring Bobo Brazil and The Original Sheik (which he wrote about in a 2011 column). But he explained to SlamWrestling.net that the extreme kayfabe of the era hindered his ability to collect and for the wrestlers to make more money. “Back then the only things available at the merch table were the 8x10s (photos) at intermission. Bobo wasn’t out there. He was wrestling in the main event. They didn’t want his pop in the lobby.” 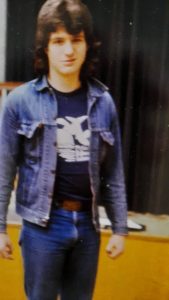 Hitchen’s merch fix would come during the merch heavy WWF Rock ’n’ Wrestling era. “I was a massive Macho Man (Randy Savage) nerd. I had everything to do with Macho Man. My friend Greg Osbourne and I had a competition on who could get more Macho man stuff.”

As a martial artist Hitchen knew he “was terrified by four walls” and by 16 was dedicated to pursuing a career as a pro wrestler. It took until 1990, when he was 20, to find a place to train.

Finding a wrestling school in the more kayfabed pre-internet era proved a challenge. An outdated newspaper advertisement sent to him by friends had him searching for a school that no longer existed. But after more research, he finally found Sully’s gym, which according to him was the clear choice among other options due to their “super honesty.” 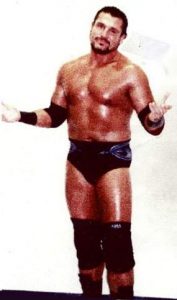 His wrestling name was Joe E. Legend. Selling his own 8x10s, Hitchen realized that, as a heel, it was not his merch fans were after. “I’d bring them up to the [Native] reserves. I got Edge booked as a babyface. He was dating a girl who could print them up for nothing. He sold them at $10 a piece and make an absolute murder. I did okay doing the old ‘Don’t you dare by it!’ and rip it up.”

In his early years as a wrestler, Hitchen maintained his Macho Man collection but kept it to himself due to fear of being labelled a “mark” by the locker room veterans. But soon enough he would stop collecting. “I got merch everywhere I wrestled. An FMW embroidered hat, a NOAH tracksuit. I didn’t have to buy anymore. With WWF, I got a new shirt every week. When I went to WWF New York, they gave me a leather jacket.”

But it wouldn’t be until after moving to Germany that Hitchen would really capitalize on producing his own merch.

It was Rhino who initially got Hitchen booked in Germany in September 1998 as a replacement for Duke “The Dumpster” Droese. He got one week’s notice to go on a six-week tour just a couple of hours after his WWF tenure ended. Hitchen ended up marrying a German woman, Svenia, and they now reside there with their twin sons.

Having been a heel for most of his career, Hitchen put merchandising himself on the backburner. But after a babyface turn, the fans clamored for it.

His biggest success was a T-shirt with the Irish American Wrestling Rampage promotion. The promotion unsurprisingly used an array of American talent such as Sabu, Rob Van Dam, Test and more. While feuding with Chris Masters, Hitchen said he really got into the swing of merch, selling out his initial order of 300 in two days. “A female fan bought my last one off my back. I needed it for my match so I asked her to wait until after. I gave her the sweaty shirt off my back and she said, ‘My son will love it!’”

As a father of two boys, he now says he has grown to become a “softy” and now enjoys primarily working as a babyface.

Eagerly awaiting a post-pandemic return to the ring, Hitchen has been spending his time teaching online Zoom wrestling twice a week for European Wrestling Promotions in Hanover, Germany.