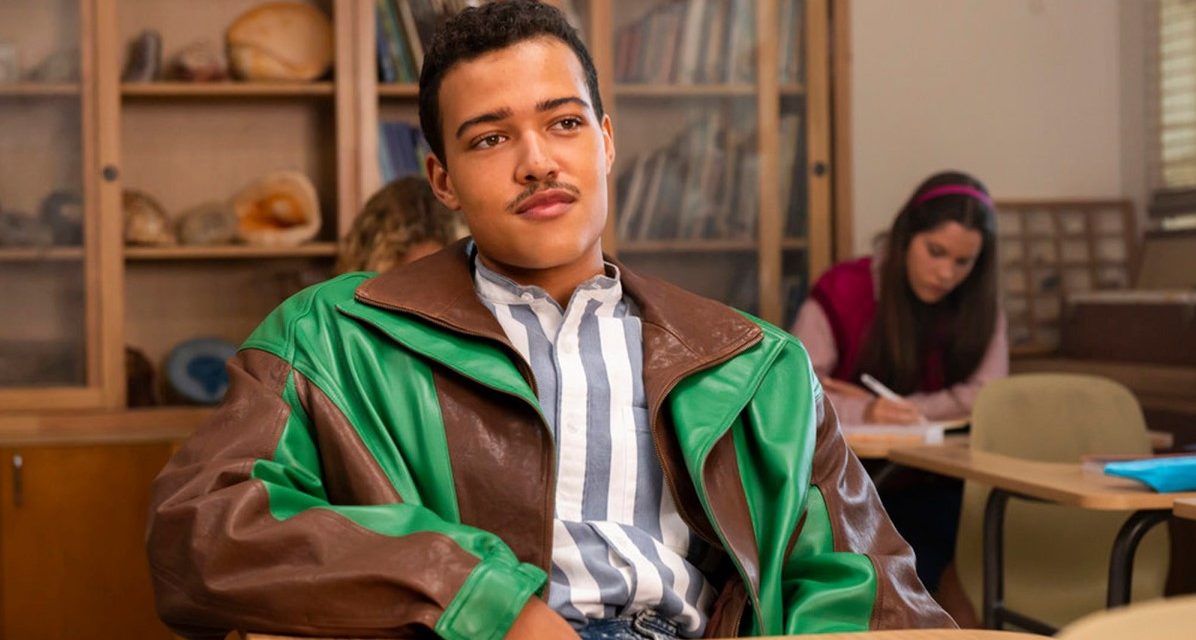 This week, it’s another chance for 15-year-old Dewey Johnson (played by Bradley Constant) to take center stage in Young Rock. To get you back into this timeline, we last saw Dewey decking a schoolmate for calling wrestling fake, right after he had managed to impress his crush, Karen (played by Lexie Duncan), by taking her to see Rocky Johnson wrestle at a flea market.

In this episode, titled “Don’t Go Breaking My Heart”, Randall Park is back playing himself, or at least a very awkward version of himself, as he interviews Dwayne Johnson in 2032 about his potential running mate in his presidential bid. Darn it, I got a little excited when I realized that I hadn’t even thought of the storyline potential of who his running mate could be. Looks like I’m buying into this presidential bid.

So we’re back in Bethlehem, PA, in 1987, and Ata Johnson (played by Stacey Leilua) is sweating to the strains of Loverboy’s Everybody’s Working for the Weekend in a neon-infused jazzercize class.

She’s pulled from her class to Dewey’s principal’s office, who informs her of a week-long suspension for her boy. This is thanks to his actions back in the second episode when he knocked out the schoolmate, Kevin (played by Stephen Adams). Dewey, however, is much more concerned about people at school finding out that he has to take the city bus home than any consequence of his actions.

Bad goes to worse on the bus, as Dewey smart-mouths his mom and gets off to head to the mall.

From there, Ata learns of even more transgressions as she finds clothes that Dewey has stolen from stores in order to look more well-off than they are, and he also steals something from Diane (played by Genevieve Hegney), the woman who has hired Ata for housecleaning, that threatens to really put the family in the hole. 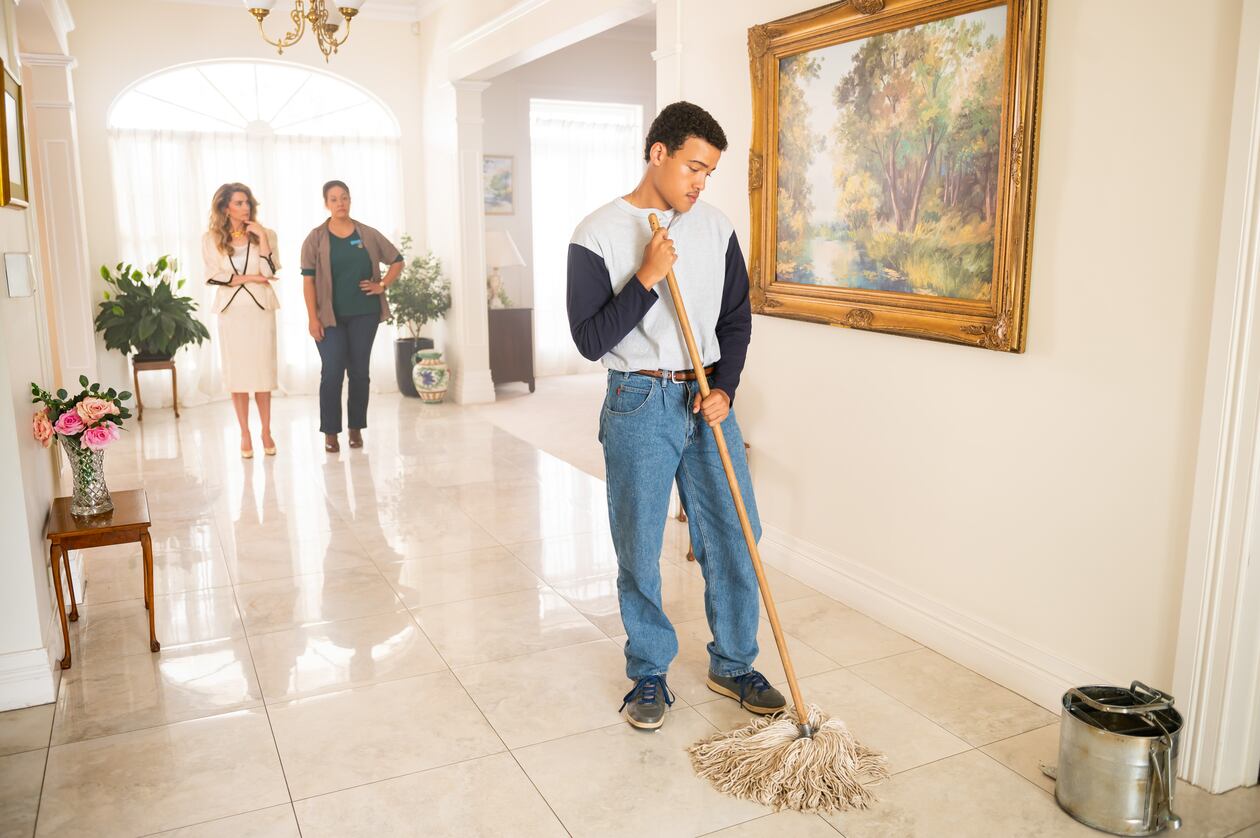 Dewey suffers for his crimes as Diane and Ata look on. Photo: Mark Taylor/NBC

That’s about the extent of this plot-light episode. It’s not a bad thing to take it slowly and explore the main characters, and it’s especially a welcome transformation from the frenetic pace of the series premiere. More than anything, it gives Constant and Leilua a chance to shine as a son and mother butting heads while dad is on the road.

Who wins this bout between them? You’ll know when Ata bursts out with an “It doesn’t matter what you think”.

Wrestling fans, who were put on the bench last week with an episode devoted to football, get a fun scene this week featuring JYD, The Wild Samoans, Randy Savage, and André on a conference call – the height of telecommunications technology at the time. 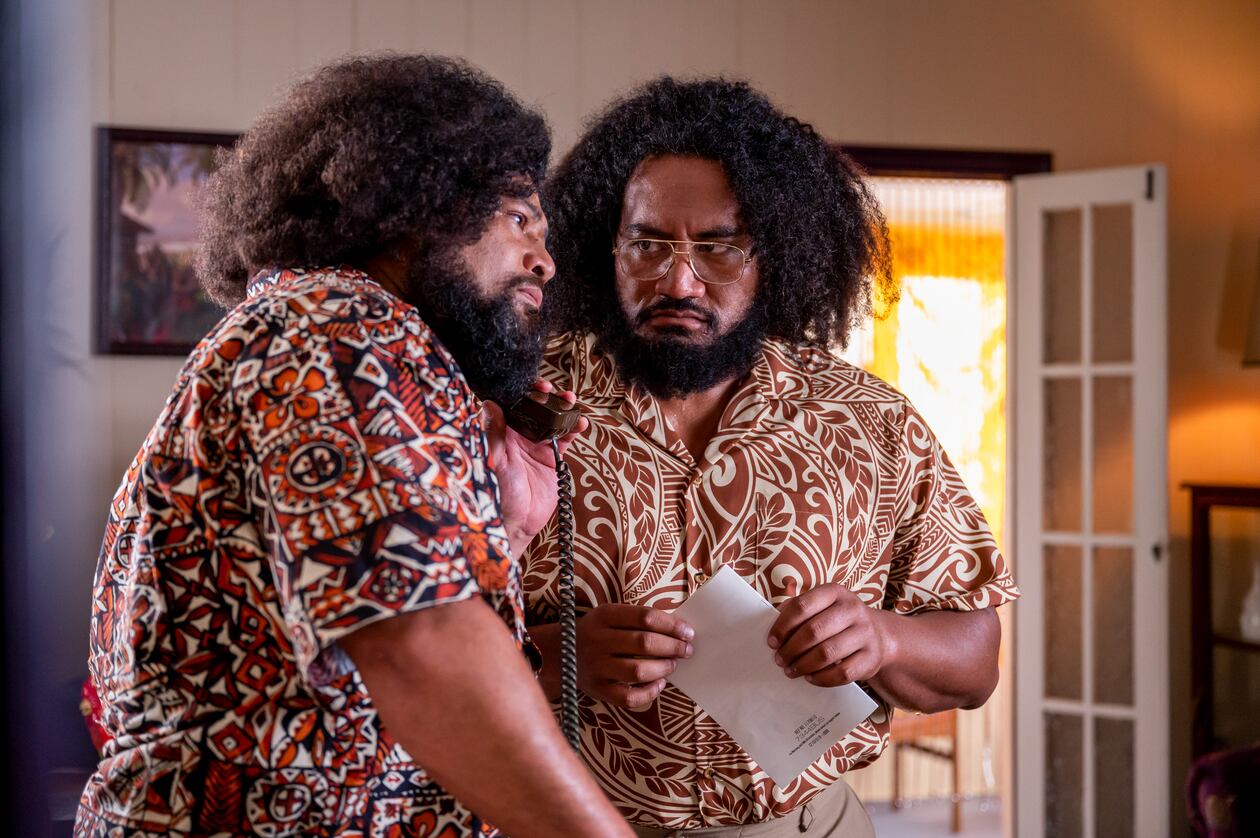 The point of the conference call is that Ata is trying to reach Rocky (Joseph Lee Anderson) for help with how to deal with Dewey’s behaviour. The point of that, of course, is that Ata doesn’t need Rocky to solve this problem, and by the time he finally does get back to her over the phone everything has been settled.

Which is why, when we get back to 2032, Johnson says that his respect for strong women comes from being raised by one. In that light, there’s another real-life guest cameo at the end of this episode, which allows for Ata Maivia Johnson to have some fun with her son on the air. As in last week’s episode with Coach Orgeron’s cameo, it’s a treat to see an honest moment between the real people of this world for just for a little bit.

Of note: next week’s episode is all set to feature a lot of in-ring wrestling action again as we spend time with 10-year-old Dewey Johnson and a big match in Hawai’i.

So, stay tuned and  let the speculation begin on the running mate for Dwayne Johnson – though, surely Tom Hanks is still an option?