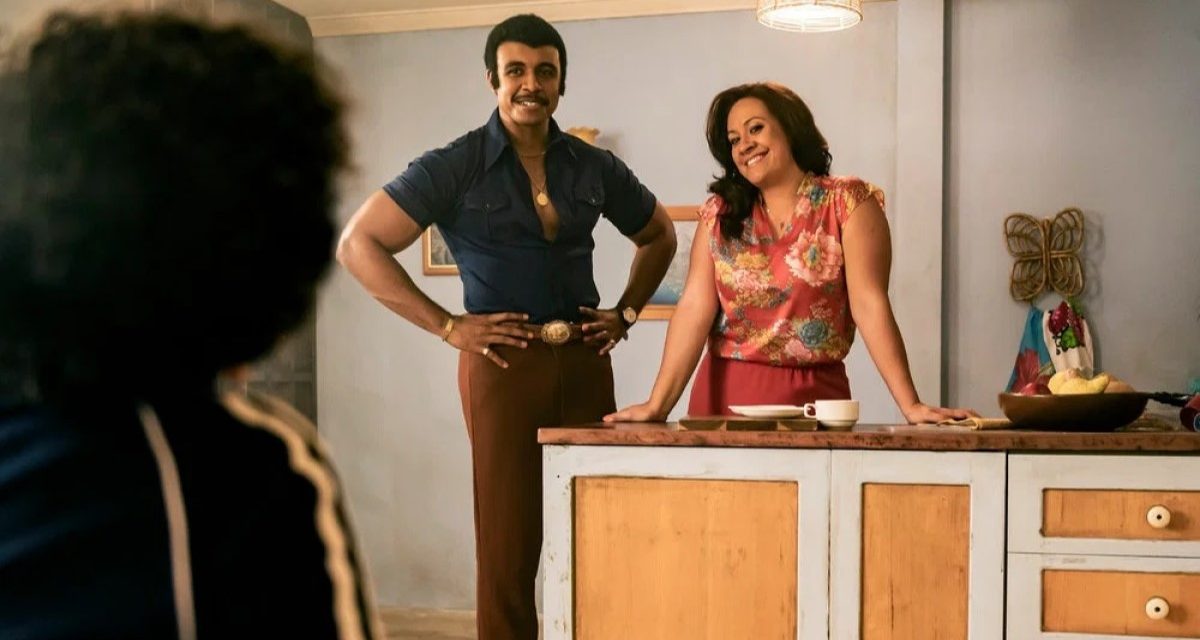 After last week’s fast start out of the gate, which introduced the concept of the show and spanned four different eras of Dwayne Johnson‘s life, the follow-up episode (titled “On the Road Again”) smartly slows things down a bit and sticks to one time: 1987, the time of 15-year-old Johnson (played by Bradley Constant), Bon Jovi, and Sally Jesse Raphael.

This is smart because each version of Johnson needs some time to breathe. It’s also interesting that the “middle-child” version gets the focus, because that means the show isn’t going to worry about telling a linear story from youngest to oldest.

Another interesting decision in this episode is that Johnson’s 15-year-old self actually takes a bit of a back seat in this part of the story. It hadn’t dawned on me until seeing this week’s show that last week’s premiere episode really did come close to “Over-Rockification”. I mean, it was The Rock times four, and he never left the screen for long.

This week, there’s a concentrated effort to flesh out the parents in this sort-of sitcom: Rocky (played by Joseph Lee Anderson), and Ata (played by Stacey Leilua). The episode actually accomplishes a lot with just a few moments of them dealing with the state of the family, insinuating much and leaving room for the audience to fill in blanks.

In short, it’s a much more interesting episode than last week’s “throw everything against the wall” style, although that was understandable for a series opener.

Randall Park is back, continuing his series of interviews with 2032 Dwayne Johnson about his U.S. Presidential campaign (which, for the record, I still think is a real plan). They are attending a fictional, future dedication of a library in Johnson’s name at one of his attended high schools in Bethlehem, PA. As he looks back on 1987, he prefaces the episode by reminding viewers that he wants to come clean about his bad ways.

He’s done this before, too:

In this case, it’s shoplifting to impress a girl, which we actually saw a bit of last week. The family has moved to Bethlehem as Rocky isn’t wrestling for Vince McMahon anymore. While he is happy to tell stories about his glory days, with quick cuts of matches against Ric Flair and Roddy Piper, Ata is at home explaining to Dwayne why they need to buy store-brand products to match their budget.

As to those clips of Rocky’s matches, I will say this: both Flair and Piper are represented in quick passing, without bringing much attention to them at all. Anderson, as Rocky, brings a pretty sweet-looking dropkick to the scenes.

Ata heads to work, housecleaning for a woman who talks her ear off about problems that don’t really sound like problems to Ata. The episode actually brings them together in a nice moment towards the end, ruminating on the wisdom of the aforementioned Sally Jesse Raphael and, I was personally stoked to see: a snack of Spam Musubi. I came upon this popular (but unknown to me) snack on vacation in Hawai’i in a 7-Eleven. 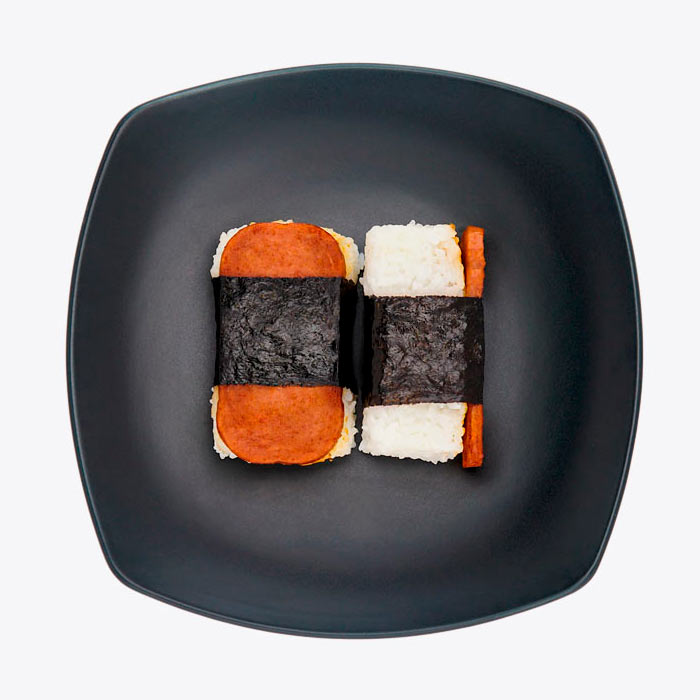 It’s Spam. It’s sushi. It’s better than you might think.

Rocky’s main role tonight is to help Dwayne chase the girl he wants (sweetly named “Fine-ass Karen” – which is practically necessary to distinguish her from a whole cohort of Karens). This is why Dwayne shoplifts and pumps himself up with Bon Jovi’s “Livin’ on a Prayer”.

Ultimately, his best idea to win her over is to invite her to watch his dad wrestle at a sold-out show. If you remember the lesson from last week, though, you can imagine what a sold-out show might look like from someone who is constantly preaching the philosophy of “working the gimmick”. 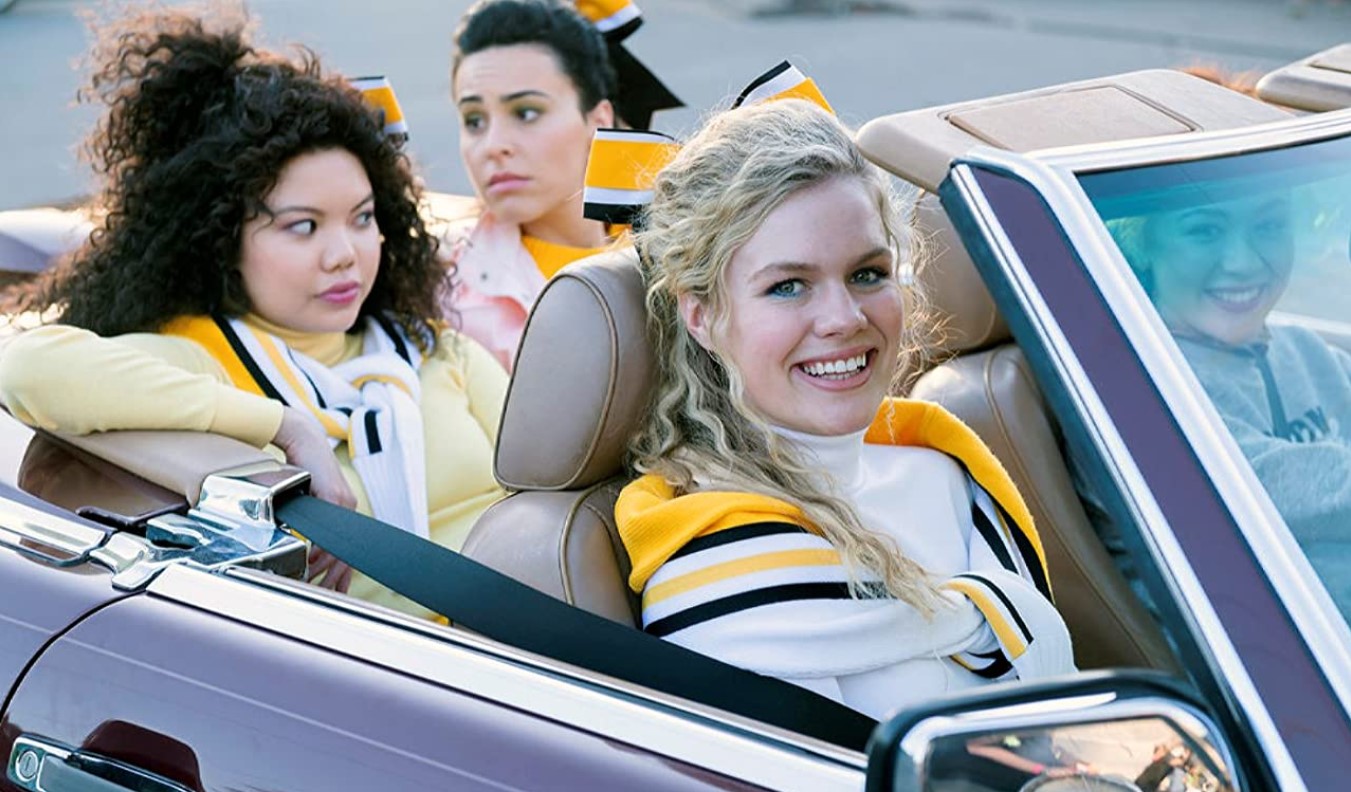 You don’t need the details here if you’re still planning on catching this episode, but I will say again that the ending provides some surprisingly sweet moments amongst the characters.

After last week’s big cast list and jam-packed timeline, the second episode shows real promise that this series will have a lot to offer moving forward.