Behind the Gimmick Table: Myers went from tape trader to Leatherface 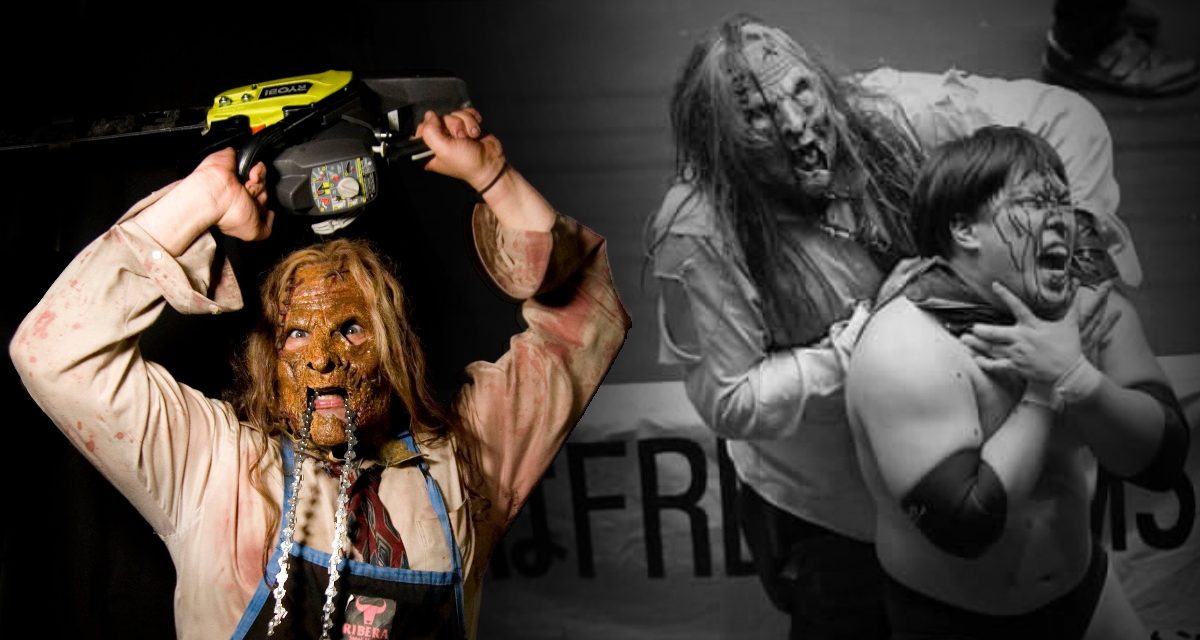 Tony Myers’ unusual and humble beginnings in pro wrestling were bolstered by the blessings of merchandise. Upon debuting, his career would too remain unusual but merch would take a backseat until decades later when he went wild, wielding a chainsaw. 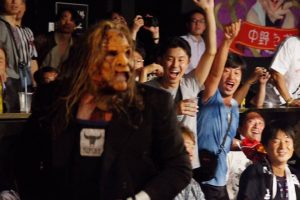 Myers’ taste for pro wrestling developed typically as a child in East Hanover, New Jersey. TV wrestling watching led to wrestling magazine reading. In the back page magazine advertisements however is where his taste would be refined and shape his destiny. “In the late ’80s I started going to back of Wrestling Eye magazine and ordering tapes. I knew I was too young to be corresponding. My parents saw huge packages coming in and they were taking me to the post office all the time.” 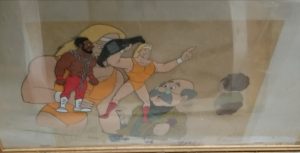 Today Myers still has his tape collection, and it now numbers in excess of 2,000 vintage VHS. He has also expanded to include more rare items that branch off to the technical production aspect of the medium. Notably animation cels from the Hulk Hogan’s Rock N Wrestling cartoon.

Delving deeper into the world of tape selling and trading into his early teens set the stage for him to become a wrestler himself. “I would bug the wrestlers themselves for tapes. Local stuff, nothing really good. When I started going to John Arezzi conventions I was in my glory.”

The most prolific international tape traders from the world over made their way to Arezzi’s events, which ran annually from 1990 to 1993 near LaGuardia Airport in New York City. There and at the local independent shows, Myers began to make a name for himself in the scene. 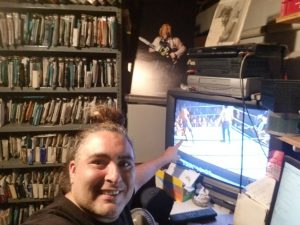 John Arezzi provided another key to the wrestling kingdom for Myers through his radio show, Pro Wrestling Spotlight. “I’d find fans out on Long Island… They had the radio shows with the non-kayfabe forum. They would mention real names and all the backstage dirt sheet stuff. So I’d find out all this info and about indies… We’d go to some of the shoddiest, scabbiest indy shows. At 16, Joel Gertner before ECW, when he was Joey Jaguar, he was out there at Pete McKays [events]. He did his own shows too — shows so small on the lower east side with six people in the audience.”

At one such event two weeks after his 15th birthday, Myers unceremoniously made his pro wrestling debut in a battle royal. “Back then you could be a fan in the crowd and get asked to wrestle, it wasn’t even a professional setting. After my first matches there, one guy went to clothesline line me and hit me right in the mouth and I’m like: someone’s got to teach me what to do.”

Myers would eventually seek out training, starting out with Mike Masters and later bounced around to Mike Sharpe, Bill DeMott and The Monster Factory. On his road to a proper debut as a trained pro, his tape trading hobby would become something more and help him to network and generate profits for pro wrestling investment. 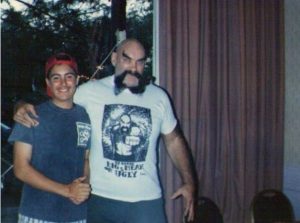 A teenage Tony Myers meets Ox Baker at a convention in the early 1990s.

“Everyone knew I had something to do with wrestling. I started making some of the boys compilations: Eddie Gilbert, [Jerry] Lawler, Tod Gordon when he had Tri State before ECW. It was so easy to amass this enormous tape collection. I always kept Memphis in my heart but the more weird Japanese stuff I could get the better.” 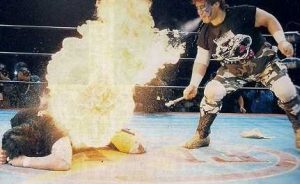 Mr. Pogo, who terrorized FMW and many of the splinter groups, blows a fireball on his downed opponent.

Frontier Martial-Arts Wrestling — FMW — was at the forefront of the Japanese independent wrestling world. As many groups splintered off from and copied FMW (W*ING, WWS IWA etc.) more wild offerings were available for Myers to consume and distribute more seriously.

“I started to try to improve my tape quality and looking for upgrades. It’s weird because it draws some of the most unscrupulous people on the face of this plant. In wrestling: Promoters and even [tape traders] that would disappear owing people all these tapes [that] even Dave Meltzer would warn about them by name in the Observer.” Despite these challenges, dealing tapes would help Myers to pay for his wrestling training and gear in his rookie year. But he would put the breaks on the VHS business prematurely. “I was scared I’d get around someone who was like, ‘You were selling my stuff man!?’” 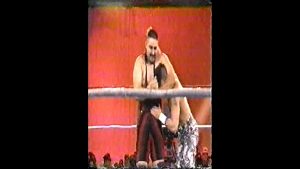 As a trained professional, Myers’ career echoed his VHS interests, taking him to Memphis and Japan. It was especially in Japan where he would be immersed and thrive in “weirdness.” “In one week I did four different monster gimmicks on two different sides of the planet.” 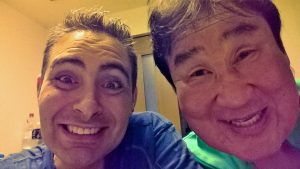 During his time in Japan, the legendary Mr. Pogo took Myers under his wing. Pogo would help Myers bring his merch game back with a vengeance, simply by asked him, “Why don’t you have shirts like all the Americans?” Myers had to respond that, having wrestled as Uchucu Majin and Demoinoid, among other names, he didn’t “know what gimmick you’re gonna throw at me.” Soon after Pogo would bestow the mantle of Leatherface permanently upon Myers. Pogo was protective of the name Leatherface. Outside FMW, WWS and certain other promotions Myers would use the gimmick under other monikers. 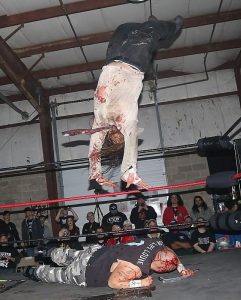 “Chainsaw Tony” Myers is the third gaijin to terrorize Japanese ringside fans with his chainsaw, following Mike Kirchner and Rick Patterson. The lineage and visuals of Leatherface (from the Texas Chainsaw Massacre movies) along with Myers’ abilities have created the perfect storm for merchandising success.

However, the character and its accessory also presents a unique gimmick table challenge. “Lots of t-shirts, 8x10s, keychains… it was easier when I had a Japanese wife. She’d help me at the table with the merch sales and the chainsaw. I hate setting that chainsaw down. Oil gets everywhere.” There is also a Chainsaw Tony figure which, naturally, comes with a chainsaw. 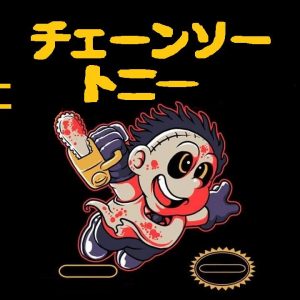 With regards to the difference between the gimmick table culture between the USA and Japan Myers’ makes it clear with an example “Just lay all merch on the table and leave an empty mayo jar. Someone just takes a shirt and leaves the yen in the jar. It’s an honor thing. It blows me away. That wouldn’t happen in America.” 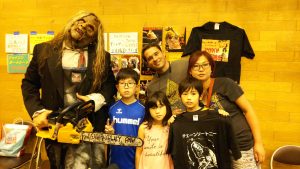 Leatherface poses with fans behind a gimmick table in Japan.