Margolin serves up a second helping of ‘TrumpMania’ 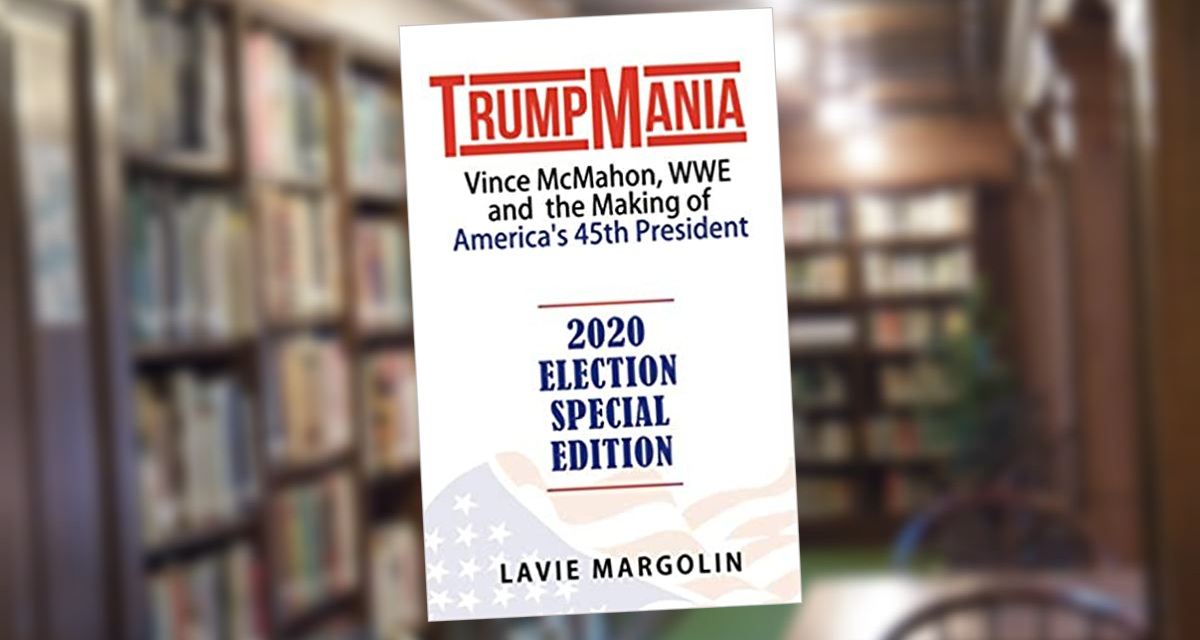 The year was 1998 and upon successfully being elected the Governor of Minnesota, Jesse “The Body” Ventura loudly proclaimed, “We shocked the world!” in his victory speech. The world was indeed shocked. What could possibly “trump” a former pro wrestler taking political office?

Well it turns out Donald Trump would be the one to “trump” that point in history by becoming the 45th President of the United States. And this moment inspired author and pro wrestling fan, Lavie Margolin, to pen 2017’s TrumpMania: Vince McMahon, WWE and the making of America’s 45th President. It was Margolin’s first wrestling focused book and he intriguingly made the case that Trump’s ties to pro wrestling and friendship with the McMahon family influenced his victory of the ultimate championship. 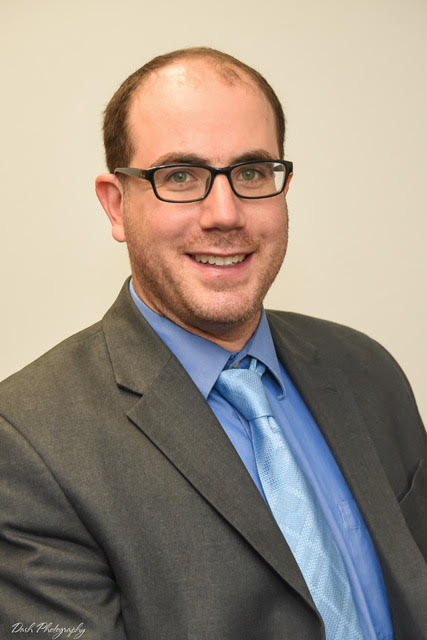 Wrestling fans will recall that Trump hosted WrestleManias 4 and 5 back to back in Atlantic City and his attendance at any WWE event was always mentioned in glowing terms. Fast forward to WrestleMania 7 and Trump’s then-girlfriend and future ex-wife, Marla Maples, served as a celebrity guest, taking on the roles of backstage interviewer and the bell keeper for the main event. At WrestleMania 23, Trump and McMahon chose representatives to do battle in their place with the loser agreeing to have their head shaved in the infamous Battle of the Billionaires. McMahon lost. In 2013, Trump was inducted into the celebrity wing of the WWE Hall of Fame.

With the upcoming presidential election on November 3, 2020, Margolin has expanded and re-released a 2020 Election Special Edition of his tome which is out now and self-published. And one of the new themes Margolin explores in the book is how the aforementioned Ventura was a catalyst for Trump becoming president in the first place. (So for some readers, you now know who to blame, for others who to thank!)

“Ventura used certain strategies that Trump learned from directly,” stated the 40-year-old Margolin, who resides in New York, in a phone interview with SlamWrestling.net. “(Trump) met with Ventura and Ventura’s campaign manager after the election. Those strategies included:

Margolin admitted he didn’t initially foresee revisiting his book. “I wrote the first book, I thought I was done,” he confessed. It was while working on the launch of his podcast, also called Trumpmania and debuting on August 31, 2020 with co-host John Pozarowski, that Margolin reconsidered. The outbreak of COVID-19 also served as a motivator. Margolin, who also works in a career counseling advisement role for a large university system and teaches a course on vocation career and professional development, began working from home and needed an outlet.

“When I was done with the work day and the kids were asleep and things we calm, I really delved into the research,” recalled Margolin. “So those six or seven months were some of the most intense research and rewrites that I actually did. And I’m happy that I did because there’s of course the story going forward. But I would say my research skills have just gotten so much better that there is some of that story and I would say a significant part of the story I missed connecting the dots for the first time!”

Even with expanding the word count from 40,000 in the book’s first edition to 60,000 in this expanded edition, Margolin says his goal was to create a tighter book, which he has indeed achieved. When I read and reviewed his first edition of the book, I pointed out that there were sections in the book that just didn’t flow with the overall narrative including an unnecessary “Where Are They Now?” section and too many details on the scandals surrounding the late wrestlers Jimmy “Superfly” Snuka and Chris Benoit. While I don’t take credit, my observations were indeed remedied. However, while I always appreciate the inclusion of a bibliography in a book, I must point out how I wish Margolin had kept the one in the expanded edition of the book simpler. I found it confusing to navigate. The bibliography in the first edition of the book, which was broken down by the book’s chapters, was more user friendly.

Readers who checked out the first edition of the book will also note that it featured illustrations by Box Brown, author and artist of the graphic novel, Andre the Giant: Life and Legend. There’s no artwork from Brown in the expanded edition, but not because there was any heat between author and illustrator. Margolin says he decided to switch things up and go with “a more stylistic cover that had words only” and he felt he took Brown’s previous illustrations “as hard as I could with the first book.”

Margolin has also made some timely and informative expansions to the book by including sections on the WWE’s newfound and somewhat tumultuous relationship with Saudi Arabia and the subsequent pay-per-views that resulted in that country, Linda McMahon resigning from her role as the Administrator for the Small Business Administration and “named Chairman of America First Action, a pro-Trump Super PAC (a key fundraising arm to support Trump’s 2020-re-election bid)” and the controversy surrounding WWE being deemed an essential business despite an ongoing pandemic.

With all the time Margolin has dedicated to Trump and his presidency, it begs the question: does he think Trump will be re-elected?

Margolin laughed, paused briefly and then answered: “Oh boy! Will he win? Well, it doesn’t matter so much about the popularity vote. But will he win the votes in each state in order to carry the state? No, probably not. Will he want to remain in office? Yes! Is this going to be a mess for quite a while? Yeah! Who will eventually win out? I don’t know! But I think eventually, (Joe) Biden will be in there, but it’s going to be a mess to get there. And based on what I’ve read, I wouldn’t be so surprised if it’s not resolved. It doesn’t mean that Trump stays in office, although he might be planning to. It would mean that the Speaker of the House becomes the President until things are resolved. So, we might have the woman that gave (then WWE wrestler) Victoria a headlock in 2004 (during a photo opportunity when WWE was invited to Capitol Hill), Nancy Pelosi as our next president for a little bit!”

“I think it’s been horrible,” he said matter-of-factually. “At least from an inward perspective, it’s some of the darkest days that I hope to ever live through. The way that people are being treated, you know, a country full of immigrants and you’re oppressing people. People feel comfortable using slurs now, sort of like at the most basic level. But at the higher levels, you’re putting people in cages and doing horrible things and letting the coronavirus spread. So, it’s been horrible and I hope it ends soon.” (EDITOR’S NOTE: Slam’s interview with Margolin was conducted before it was reported that Trump and the First Lady tested positive for COVID-19).

And although not entirely plausible, but one never can say never when it comes to pro wrestling, what does the U.S. look like if Vince McMahon emulates his friend, Trump, and one day becomes president?

“I think a lot of the decisions that McMahon has made have been financial,” remarked Margolin after getting over the shock of my question. “Unlike Trump, when you look at the storylines, McMahon was always willing to look weak and sort of be the butt of jokes or the person that really never got any physical retribution with Trump. So, I think he (McMahon) understands the bottom line more. He has had to be somebody that’s been the business person. I think he (McMahon) would listen to his advisors and be strategic. But with somebody that seems to be very strong-willed, it’s hard to tell if they would make the right decisions in the end.”

Looking more realistically at the future, Margolin says he is interested in researching and writing about two infamous events in pro wrestling: the 1995 Collision in Korea wrestling event that featured wrestlers from New Japan Pro Wrestling and World Championship Wrestling (WCW) and WWE’s Brawl for All tournament. He also will continue to work on his aforementioned podcast that covers “current/breaking news that relates to Trump and pro wrestling.” Episodes are released once a week, with the plan being to release 11 episodes total. Margolin promises there will be an episode “reflecting after the election.”