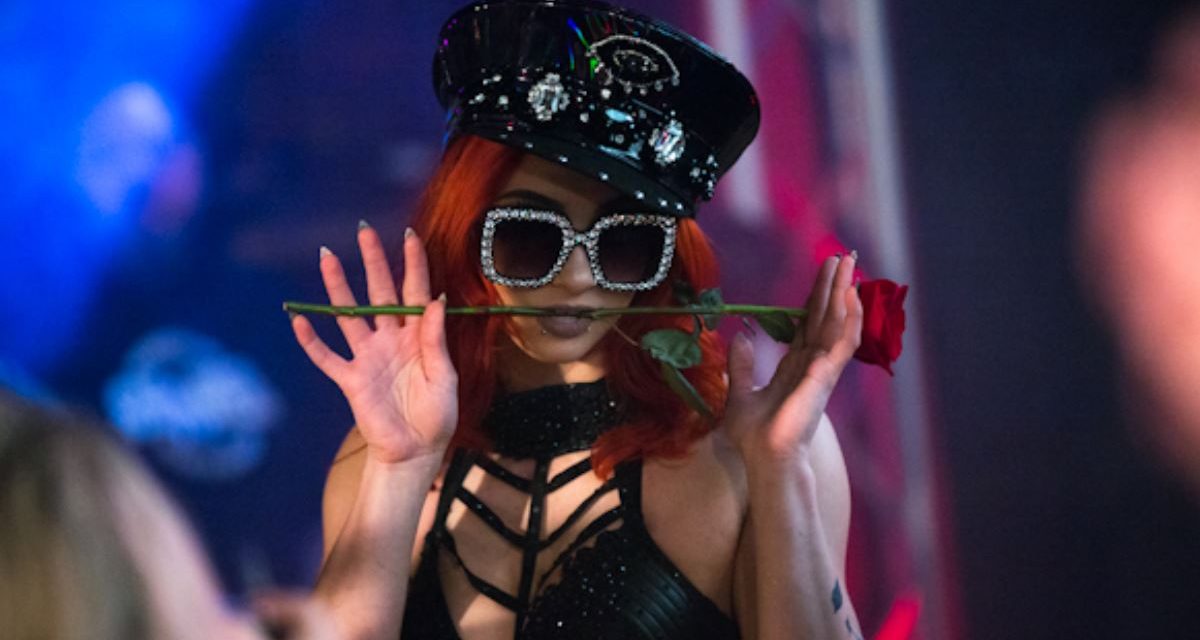 While some of us are quiet and reserved, others are outspoken and unapologetically ourselves. This kind of personality is sometimes viewed as someone who doesn’t always fit in, someone who’s just a little bit different and might even be picked on when they were a kid. If that were you, how would you handle being different? One grappler took her uniqueness and turned it into Hell’s Favorite Harlot.

Georgia native Priscilla Kelly drew inspiration from her childhood and being the black sheep of her family to create a character that is not only manipulative, but a force to be reckoned with in the ring. “I grew up in a really strict family and people always thought that I was the wild one,” she told SLAM! Wrestling. 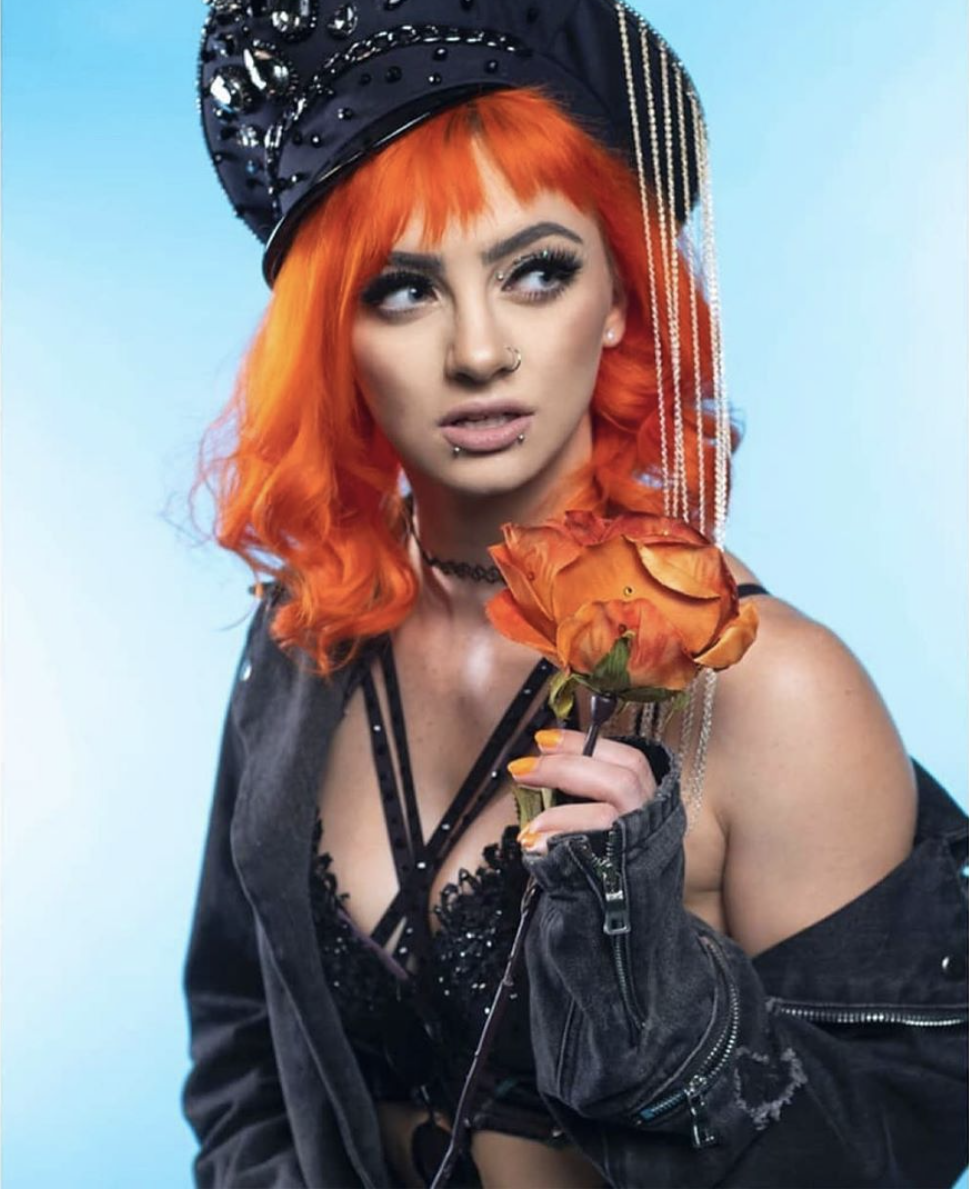 Her little brother, who is also one of her biggest supporters, is the one who initially got Kelly into pro wrestling. But it actually started with another kind of fascination. “He was actually into pirates, likes Pirates of the Caribbean kind of thing. He came across The Undertaker and thought it was a pirate, so I bought him The Undertaker DVDs and he became obsessed with it ever since.”

Kelly began training at a wrestling school nearby and picked it up pretty quick, and it’s been a fast rise ever since.

Kelly demonstrated this at a Femmes Fatales event in Ottawa earlier this year against LuFisto, where the two managed to bust a hole in the wall while ripping each other apart.

An aspect Kelly likes about wrestling that many many look at as unusual is intergender wrestling. She said that this way, she gets to tell a different kind of story. “It means that you have to overcome an opponent that is way bigger than you and much stronger than you,” she said. “It also allows you to wrestle more people and create a different atmosphere for a match.”

Creating a great atmosphere for a match and having that camaraderie in the locker room with the other women on the roster is also something Kelly values. This is a feeling she gets at SHIMMER, an all-women’s promotion based out of Chicago, IL. “It is really one big sisterhood, and everyone just wants to see other women grow and succeed.”

She added that since this company is exclusively for women, they get to showcase what women’s wrestling is all about. “It’s a great platform for all of us.” 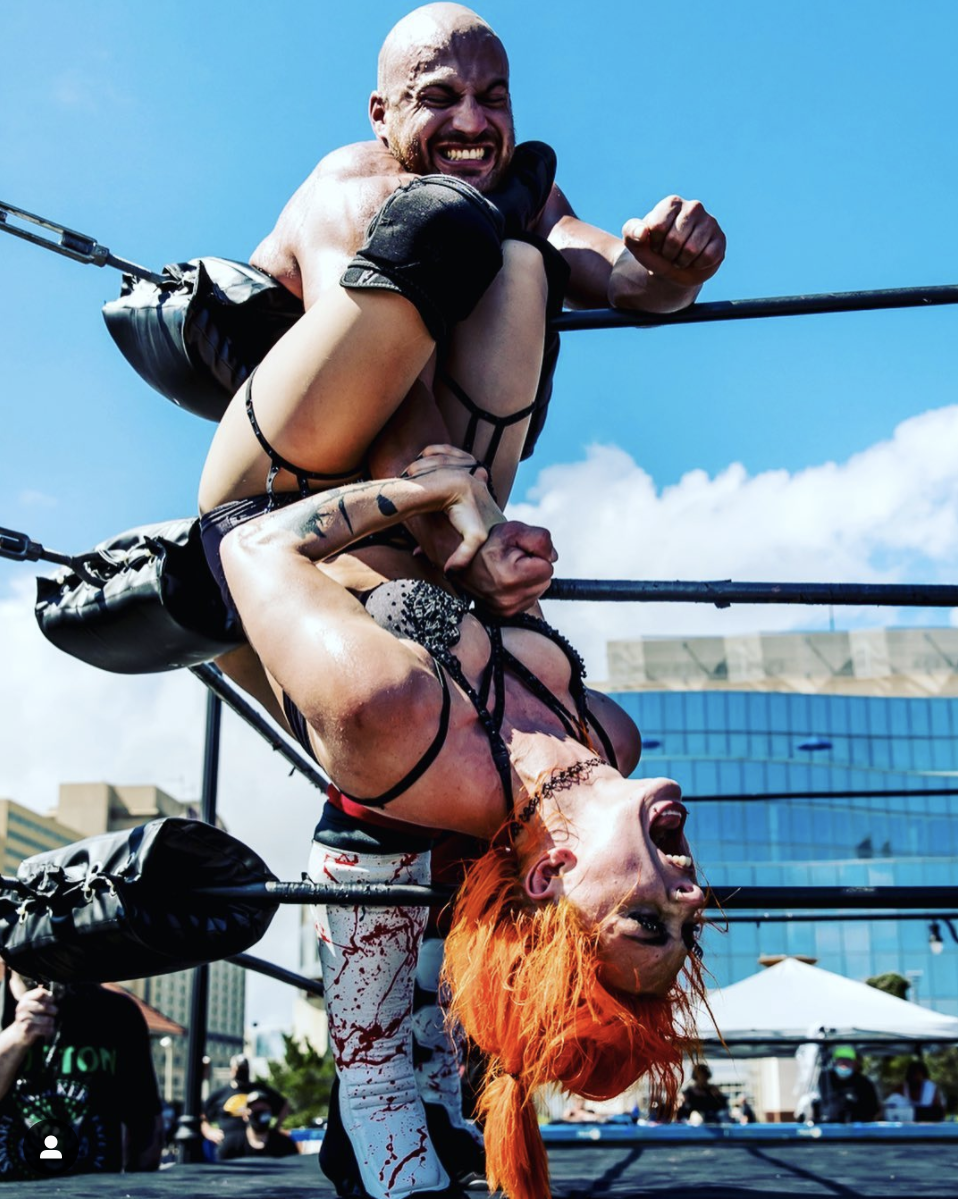 Hell’s Favorite Harlot said that there are so many women that she enjoys wrestling with, one of them being the SHIMMER Champion Kimber Lee. “We always have really fun matches, I love working with her.” Others include LuFisto and IMPACT’s Jordynne Grace.

Kelly also had the opportunity to get in the ring with someone who is not only the NWA Women’s Champion, but also making several appearances on AEW Dynamite. “Thunder Rosa and I had an insane 30-minute match for the NWA Women’s Championship and it was the main event.” It was Kelly’s second match since the pandemic-related lockdown, so the pressure was on. “It’s hard when you haven’t had a lot of matches lately and to go for 30 minutes, it’s a lot on your plate, but we killed each other.” It looks like their battles will continue on the UWN Prime Time Live PPVs on Tuesday nights.

Since independent wrestling came to a halt in early March, Kelly decided to pursue her other interest to occupy her time. “I’ve been working on my music and learning how to play the guitar. I’ve been learning to improve my skills in other places.”

Her musical choices are varied, which makes it difficult for her to write her own songs. “My tastes range from Metallica to N.W.A. to Eminem, so it’s kind of all over the place,” she laughed.

Now that indie wrestling is slowly starting to pick back up again, Kelly said that she’s looking forward to participating in the next SHIMMER show, called The Collective, on October 11th. “Hopefully I’ll be able to book a few more shows but it’s a huge weekend for wrestling, so I’m hoping that this will be a way for us to make our return.” Since this interview, Kelly has decided to pull out of the show due to a family emergency.

TOP PHOTO: Priscilla Kelly at SHIMMER in the fall of 2019. Photo by Ricky Havlik, www.rickyhavlik.com

EDITOR’S NOTE: It was announced as this article was published that Priscilla Kelly has pulled out of the SHIMMER show this weekend. The article has been updated to reflect this.