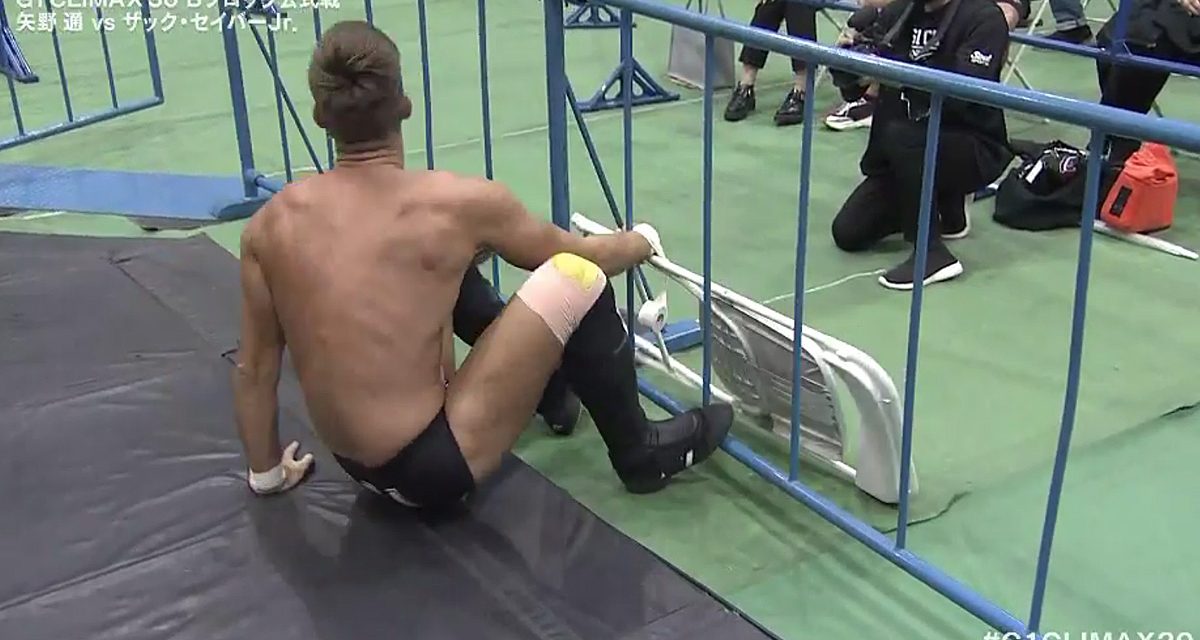 The current NJPW IWGP Heavyweight and IWGP Intercontinental Champion proved why he is the one to beat in NJPW as he took control of B Block tonight. Tetsuya Naito is at the top of the heap with 10 points furthering his lead over Evil who is in second.

As strange as it sounds, Zach Sabre Jr. and Toru Yano may have not been the most technical match but their bout was the most interesting and enjoyable match of the night. Zach Sabre Jr. also learned how difficult working with a steel chair can be. 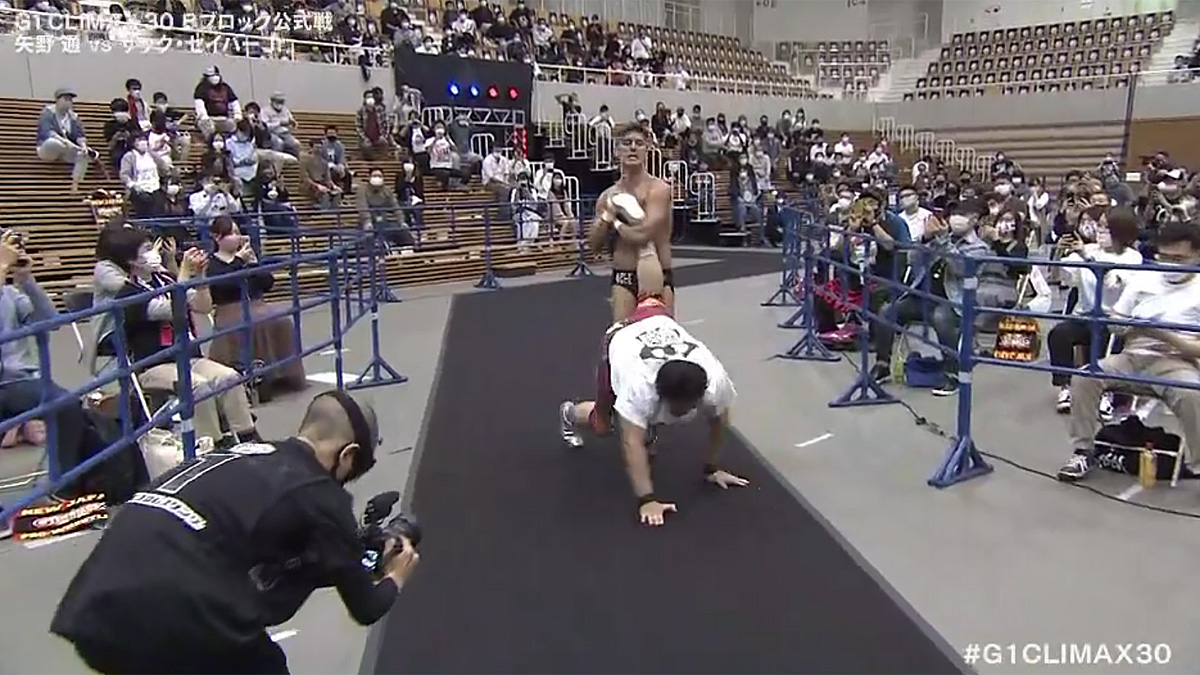 Sabre Jr. gets carried away with Yano. Courtesy: NJPW.

To make matters even worse, the official admonishes Sabre Jr. for bringing the chair into the ring with him.

“Why would I do this to myself?” he protests as the official helps him undo the tape attaching Sabre Jr. to the chair.

Giving Yano some of his own medicine, Sabre Jr. puts Yano in an ankle lock and drags him towards the entrance way well away from the ring. The tactic doesn’t work as Yano does make it back to the ring by nineteen just as Sabre Jr. did moments earlier.

The World’s Most Electrifying Wrestler though gains two points at long last by making Yano submit to a leg lock.

Gabriel Kidd is finally back in the win column. He pins Uemura with a modified brain buster of sorts.

It is Chaos versus Chaos in a pretty boring clash. Goto ends the agony with a GTR.

Elementary match with Sanada getting the roll-up victory. 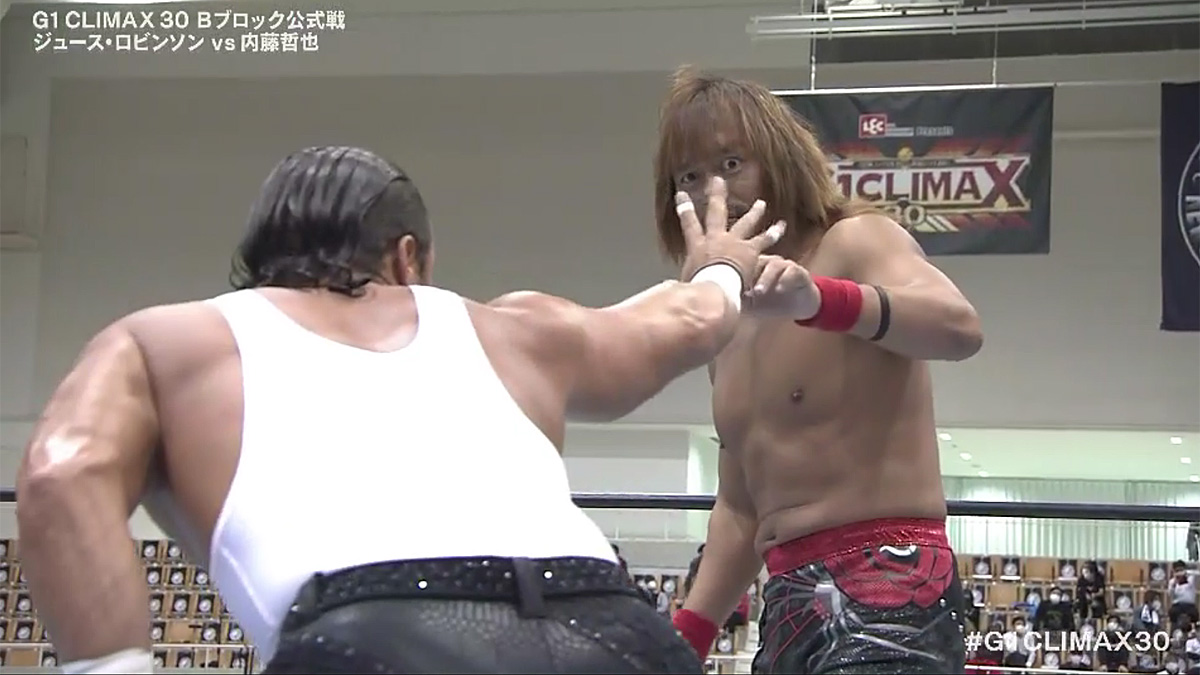 Naito and Robinson are wary to lock-up. Courtesy: NJPW.

Juice has one of the best matches of his career. He comes so close to beating the double champion kicking out of two but not three Destinos over the course of the match. Maybe Juice should join Los Ingobernables de Japon to replace Evil? Just a suggestion. 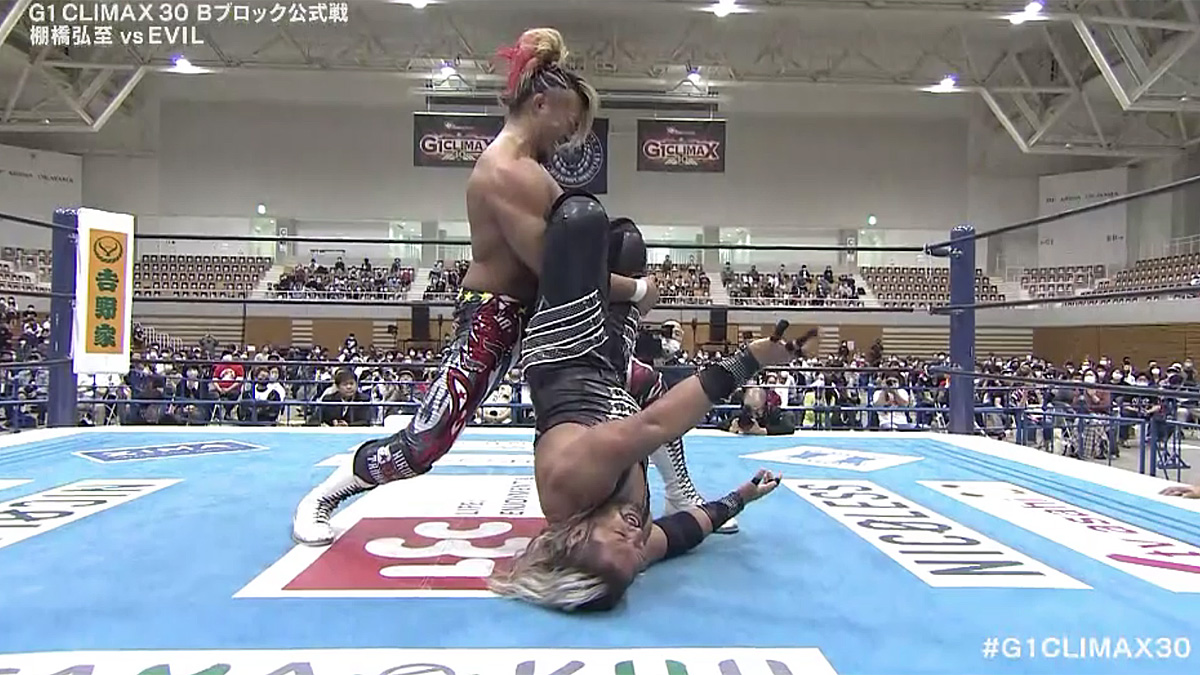 Dick Togo interferes allowing Evil to give The Ace his solo Conchairto move which almost knocks Tanahashi out. Evil suplexes Young Lion Yota Tsuji on a pile of steel chairs…because he can. Tsuji has had enough of Togo interference. He tackles him on the floor. Togo does get into the ring though to use his garrotte but Tanahashi fights out of it drilling him with a haymaker punch. Tanahashi hits Sling Blade and a High Fly Flow. As he prepares for another High Fly Flow to end the match Togo throws a steel chair at Tanahashi. Tanahashi catches the chair and hands it to Red Shoes. As Red Shoes is distracted Togo crotches Tanahashi on the top rope. A super-plex and Everything is Evil pins Tanahashi.

Hiroshi Tanahashi versus Evil, Juice Robinson versus Tetsuya Naito and Toru Yano versus Zack Sabre Jr. were okay. The rest were just bland offerings. A low note and night in the tournament.