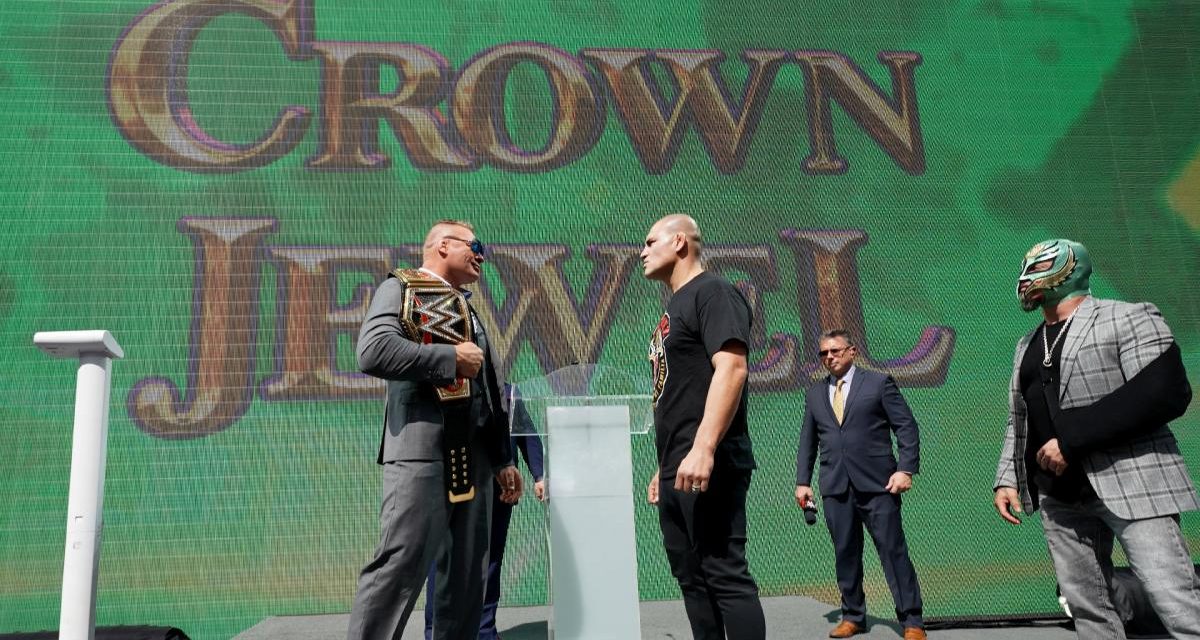 Some curious revelations are coming out of the class-action lawsuit filed by shareholders against the WWE.

In the lawsuit, shareholders are accusing the WWE of not being truthful about their business dealings.

Shareholders claim the WWE violated federal securities laws by making “materially false and/or misleading statements” including the decline in revenue being attributed to injured superstars and not declining popularity of the brand as a whole.

Testimony given by an anonymous former WWE superstar alleges that the public statements about the incident in Saudi Arabia were not accurate.

Following the Crown Jewel event on Halloween of 2019 many WWE superstars took to social media revealing they were detained and not allowed to leave the country while the WWE and some superstars blamed mechanical problems for the delay.

A former WWE wrestler, who worked for the company from 2012 to April 2020 and who participated in the Crown Jewel event, gives a different account of the events that day in their testimony.

Here are some excerpts of what they had to say. The witness is named “CW-2”.

“CW-2 recalled that he was initially told the charter flight he was scheduled to leave on was delayed because the plane needed to be pulled around. After they boarded, they were removed from the airplane after 20-30 minutes. CW-2 explained that he spoke with a stewardess on the flight about the delay, who told him that “it seems someone doesn’t want us to leave the country.”

“CW-2 further explained that the pilot sounded “distressed” when he informed the passengers that the flight was unable to take off. CW-2 recalled that then they were told that it was because of mechanical issues, but he recalled seeing a “ton” of guards wearing black “militia” attire and wearing guns that were blocking their exit and “staring at the wrestlers.”

“CW-2 became aware that something was wrong and explained that a number of the other personnel were referring to the event as a “hostage” situation. CW-2 explained that he asked the Senior Director of Talent Relations, Mark Carrano, about what was going on and that Carrano told him that Crown Prince Mohammed bin Salman and McMahon had gotten into an argument over late payments in connection with the June 7, 2019 Super ShowDown event. Carrano also informed CW-2 that McMahon had cut the live feed for the Crown Jewel event and that this had made the Crown Prince “very mad.”

“CW-2 advised the he and other WWE personnel looked into the prospect of booking flights on their own at a different airport for early the next morning. After a few hours, CW-2 explained, he and about 10-12 other wrestlers, cameramen, and agents were put on another flight to Buffalo. CW-2 further noted that at this point he wondered why if other planes were available that they did not get everyone out of Saudi Arabia.”

“In addition, CW-2 recalled a number of wives being very concerned on social media and then when wrestlers returned home there were a lot of messages expressing how grateful they were to be home. CW-2 stated that after he returned, the WWE put out a letter that attempted to remove all blame from the company and that, in his opinion, many wrestlers were scared of speaking out due to the limited job opportunities in the industry and the WWE’s comparatively high salaries. CW-2 explained that many spoke on the condition of anonymity to journalists and the WWE denounced these stories as “conspiracies” and “laughable.” Nevertheless, after the event, CW-2 said that he and a co-worker went straight to Talent Relations and said they would not go back to Saudi Arabia. CW-2 noted that other wrestlers tried to do the same but the WWE “abused” their “power” and threatened the future trajectory of their careers if they did not go.”

In response to another a WWE employee named “John” who implored the Orange County Board of County Commissioners to halt the WWE tapings due to the world-wide pandemic in April, the WWE stated: “Employees know they can confidentially go to Human Resources, not the public. Notwithstanding the appropriate protocol, no one would be fired if they were uncomfortable with their surroundings. We’ve made accommodations for individuals upon request.”

You can read the full class action complaint, here.