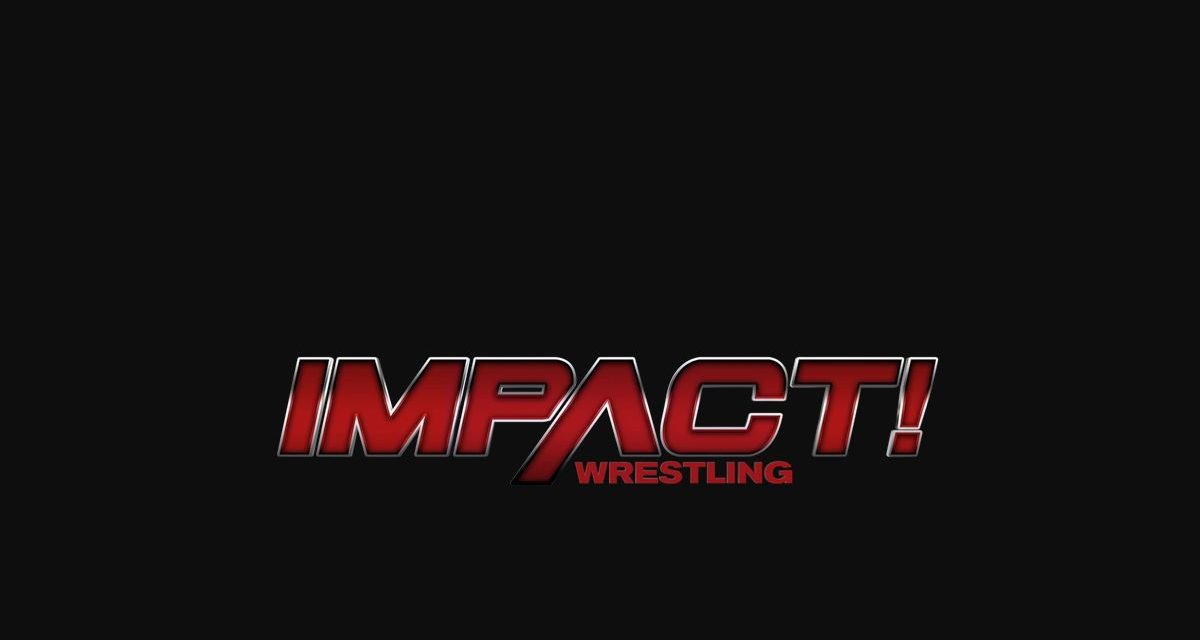 This week on Impact Wrestling, Eddie Edwards and Ace Austin renew their rivalry before Slammiversary in a Street Fight main event!

We are on tape from the Skyway Studios in Nashville, Tenn. Josh Mathews and Madison Rayne have the call for this week.

Trey Miguel sneaks up behind Wentz and scares him, but the team all bump fists before The Rascalz have their tag team title match against The North.

Wentz starts with “All Ego” Ethan Page and dropkicks him into the corner. “The Walking Weapon” Josh Alexander tags in immediately and tries a spinebuster, but Wentz strikes out and brings in Dez for double-team offense that gets a nearfall. Alexander worked down in the Rascalz corner. Alexander works Wentz in the corner and gets him trapped in The North’s corner. Alexander works Wentz down. Wentz comes back with a handspring knee that brings in Dez on the hot tag against Alexander.  Dez gets a corner splash caught for an Alexander spinebuster and Page in to work Dez down. Dez has the ring cut off on him by The North and is put down with a DDT from Page as we break.

Dez falls out of a Page powerbomb and gets the hot tag to Wentz against Page. Wentz takes on both of The North, but gets caught by Alexander. Dez hits a moonsault to knock Alexander down and let Wentz continue the comeback. Standing moonsault nearfall for the challengers. Dez tags in and a double-team move sees Wentz dive over the top to take out Alexander outside. Head kicks lands at the same time for Dez and Page. Alexander and Wentz tag in and a destroyer gets a nearfall for Wentz. Dez hits a dive on Page outside, but Page bounces him off the apron and over the barricade. Wentz takes Page out, but Alexander crotches Wentz on the top rope. Torture Rack drop into a spinebuster lands for The North.

Winners by pinfall and STILL Impact World Tag Team Champions: The North, 3.5 out of 5 stars

Excellent opener with The North always finding a way to cut off The Rascalz from making a rally. It gave the match a real rollercoaster feel and left you wondering when The Rascalz would get the advantage until Alexander broke the rules. Good chemistry in a great starter.

Post-match, The North make their way to the back and Page complains that there is no one in the locker room watching as the camera shows the socially distanced gorilla position.

The announce team previews tonight’s show, but they throw back to officials checking Trey knocked out on the floor once again. The Rascalz run in and ask who did it, before deciding to go catch Reno Scum as we go to commercials.

Jimmy Jacobs catches up with Ace Austin and Austin says he didn’t recall requesting interview time with Jacobs. Austin asks if he is here for an autograph and Jacobs wants a comment about the attacks on Trey Miguel. Austin asks why he is a prime suspect and asks if it is his fault every time someone slips and falls and gets a boo-boo. Austin tells Jacobs to go ask Hernandez or Michael Elgin or Sami Callihan. Eddie Edwards runs up and has to be held back by security, saying Austin knows what he did. Austin says maybe Edwards did it because he is acting crazy.

Lee and Nevaeh exchange forearms. Nevaeh sweeps Lee to the mat and lands a dropkick for a nearfall.

Tasha Steelz and Kiera Hogan show up ringside to watch the match and it distracts to allow Lee to land a kick combo for a nearfall. Lee works a single-leg crab and focuses on the reconstructed knee of Nevaeh. Nevaeh works Lee in the corner, but Lee rakes the eyes and works Nevaeh down. Nevaeh comes back with a back elbow and a clothesline. German suplex nearfall on Lee. Lee comes back with spin kicks and an enzuigiri for a nearfall. Lee kicks at Nevaeh, but Nevaeh with a swinging DDT.

Winner by pinfall: Nevaeh, 2 out of 5 stars

Solid enough short match with a lot more focus on building the rivalry between Nevaeh & Havok and Steelz & Hogan. Nevaeh worked a lot less of a powerhouse style here than expected, given her team with Havok, but still looked impressive throughout.

Post-match, Nevaeh holds Havok back and Hogan and Steelz throw their popcorn in Havok’s face.

Raju attacks as Rhino makes his entrance. Raju tries to cover Rhino, but the referee doesn’t ring the bell to make the match official until Rhino stands.

Mostly a brawl for Raju until Rhino cut him down with the Gore. The commentary and match structure is at least doing a lot to try and put Raju over as someone clawing for a bigger spot, but working with and losing to Rhino in 2020 is a tough way to get you invested.

“Unbreakable” Michael Elgin on the phone again and Jimmy Jacobs approaches to ask him about being a prime suspect in the attack on Trey. Elgin says he doesn’t jump people from behind so no one can see. Elgin drags cameramen so the whole world can see. Elgin says he didn’t hear sirens because he sends people to the hospital.

Susie with Kylie Rae and she says that everyone steps all over her when she tries to be good, so maybe she should be bad. Kyle tells Susie not to think like that and says she likes Susie the way she is. Taya Valkyrie interrupts and says no one believes this Mister Rogers crap and tells Susie bad is way more fun and that talk like this for losers. Susie says losers don’t talk like that because Taya wasn’t talking like that last week. Taya snarls at Kylie Rae for laughing and says she doesn’t have time to spend with losers like these two. Kylie holds Susie back and says they are good and Taya is bad.

Moose tries to attack at the bell, but ends up brawling with Hernandez. Hernandez dropkicks and clotheslines Moose outside. They brawl outside and Moose pulls Hernandez face-first into the second turnbuckle as they get inside. Moose works Hernandez down. Hernandez dropkicked off the top rope and Moose rakes the eyes back inside. Moose continues to rake the eyes and face as he works Hernandez down. Hernandez comes back with a chokeslam and smacks Moose with his shirt. Hernandez works the comeback and a backbreaker across the shoulder gets a nearfall. Moose lifts Hernandez up as he comes in and raises the leg for Hernandez to land on a low blow out of the view of the referee. No Jackhammer Needed lands for Moose.

The finish here was pretty great from a character perspective for Moose, but this was really slow and Hernandez’s best days are behind him. There’s a lot to love about this gimmick from Moose, but the in-ring performances have been hit and miss without a consistent cast to work with.

Post-match, Ethan Carter III’s music plays and Moose asks what that was before he gets his hand raised.

The Rascalz confront Reno Scum and Scum say they haven’t talked to Ace Austin in two months and he owes them a bunch of money. They tell The Rascalz to ask TJP and Fallah Bahh because they were upset The Rascalz beat them a few weeks ago.

The Deaners sit with Impact X Division Champion Willie Mack and they trade one-liners about Johnny Swinger and Chris Bey and Mack does a “Stone Cold” Steve Austin impression when they give him a beer.

Adam Thornstowe starts with Acey Romero and Thornstowe locks in a side headlock. Larry D in, but Thornstowe bulldogs Larry into the knee of Luster the Legend. Larry D worked in the corner of Reno Scum by Luster and Thornstowe.  Larry D fights back and gets the hot tag to Romero. Romero with a sidewalk slam on Luster for a nearfall. Thornstowe sandwiched by XXXL. Luster with a big boot and Larry D left with Reno Scum. Spinebuster from Luster and he surfboards Larry for a Thornstowe double stomp.

Winners by pinfall: Reno Scum, 1 out of 5 stars

Pretty much just a busy match for both teams that had nothing going on.

Johnny Swinger and Chris Bey and Swinger makes a few calls to the territories to help Bey get a chance at the Impact X Division Championship.

Video promo for Deonna Purrazzo. Impact Knockouts Champion Jordynne Grace interviewed by Gia Miller and she is asked how she feels about Purrazzo’s attack last week. Grace says there is no point in doing what Purrazzo did last week because she is the champion and she is not hard to find. Purrazzo attacks Grace from behind and locks in the Fujiwara armbar again on Grace.

Edwards attacks Austin as he makes his entrance. Edwards beats Austin down at ringside. Austin gets a chair as Edwards gets a trashcan full of weapons from backstage. Austin kicks the trashcan to the face of Edwards, but Edwards knocks Austin off the apron with it. Edwards crotches Austin on the barricade. Austin returns fire with a shot to the head from a kendo stick as we break.

Austin works Edwards into the corner with a trashcan. Austin works Edwards down with weapons and head kicks. Edwards chops back, but Austin with a suplex. Cookie sheets to the head from Austin. Edwards does the same and sends Austin out. Suicide dive from Edwards stopped by a shot with a garbage can. Austin jabs his staff in the eye of Edwards and gets a barricade gate that he leans on the ring apron. Edwards reverses for a belly-to-belly suplex onto the gate. Edwards sends Austin inside and hits him with a street sign to start his comeback. Blue Thunder Bomb nearfall on Austin. Austin kicks a chair back in the face of Edwards for a nearfall. Austin sets up a table in the ring. They fight in the ring and up top, where Austin rakes the eyes of Edwards with the playing card. Spin kick nearfall for Austin. Tiger Bomb nearfall for Edwards. Edwards with a kendo stick, but Austin with a drop toehold onto the back of a chair. Edwards ducks a kendo stick shot from Austin to land one of his own. Edwards with a neckbreaker onto the steel leg of the table.

Madman Fulton pops up behind Edwards on the apron and lands a chokeslam. Fulton with another and he holds Edwards up for The Fold.

This didn’t really hit the intensity that some of their previous matches had, aside from the unique neckbreaker on the table leg spot. It was decent enough for a filler main event and it at least has some stories coming out of it between Edwards’ eye and the new Fulton and Austin team.

Outside of a great tag team opener, this was mostly filler and build for Slammiversary next month and worth a watch in fast-forward.