Spectrum News 13 in Florida has uncovered more news about the WWE being declared an essential service in Florida.

According to reporter Stephanie Coueignoux, law enforcement officials warned the WWE in March and April they were violating the Florida’s stay-at-home order by continuing to film events at their Performance Center in Orlando at a time when all other professional sports has been shut down in the United States.

Gov. Ron DeSantis insisted the WWE is an essential service and is “critical to Florida’s economy”. He amended his original order adding “employees at a professional sports and media production with a national audience…only if the location is closed to the general public” were exempt from the order. 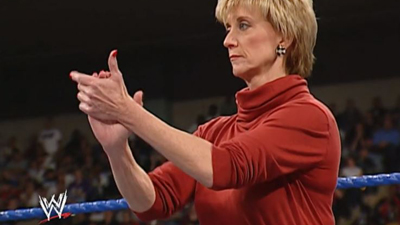 “I have asked how @WWE is “critical to Florida’s economy”: no audience, only essential personnel – what revenue is being generated and if so – how is it benefiting Florida residents and taxpayers? I’m waiting on @GovRonDeSantis office to respond,” Tweeted Coueignoux Tuesday afternoon.

Pro Wrestling Sheet reported last week that one of the WWE’s on-camera employees tested positive for COVID-19 in March and has since recovered.

In a press conference today speaking about when professional sports might be permitted to start up again in the USA, President Donald Trump referred to Vince McMahon as “The Great” Vince McMahon.