Jericho to co-host ‘The Last Drive-In’

Shudder is about to feel the Judas Effect.

Shudder, the premium horror streaming service, has announced that AEW’s Chris Jericho will co-host the season two premiere of The Last Drive-In with Joe Bob Briggs. The premiere airs on Friday, April 24 at 9 PM ET. New episodes will debut on Shudder Friday nights through June 26. 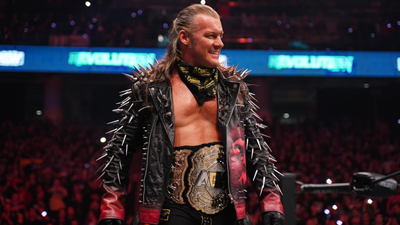 “When Joe Bob Briggs asked me to come watch a movie featuring butt darts, brain sucking, backgammon for digits, a maniacal mini-Oates AND a dick dog, I said: What time and what trailer park!” said Chris Jericho.

On The Last Drive-In, Joe Bob Briggs, the world’s foremost drive-in movie critic, presents an eclectic horror movie double feature, interrupting the films to expound upon their merits, histories and significance to genre cinema. Episodes of The Last Drive-In first stream on the Shudder TV live feed in the U.S. and Canada before being made available on demand. 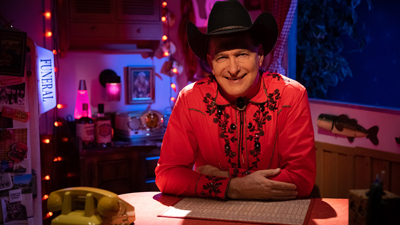 “Chris Jericho is the most exciting wrestling personality to befriend horror since Rowdy Roddy Piper co-hosted They Live! with me on TNT years ago,” said Joe Bob Briggs. “In fact, Jericho may be the most famous wrestler in the world right now, not to mention lead singer for a metal band that charted on Billboard with an anthem that thousands of arena fans know by heart. I’m gonna share the hosting chair with Chris so that he can go wild on a seventies horror classic he’s been crazy about since high school.”

The show’s hashtag, #TheLastDriveIn, has trended on Twitter during the premiere of every episode in season one and across four holiday specials, including Joe Bob’s Halloween Hootenanny and A Very Joe Bob Christmas.