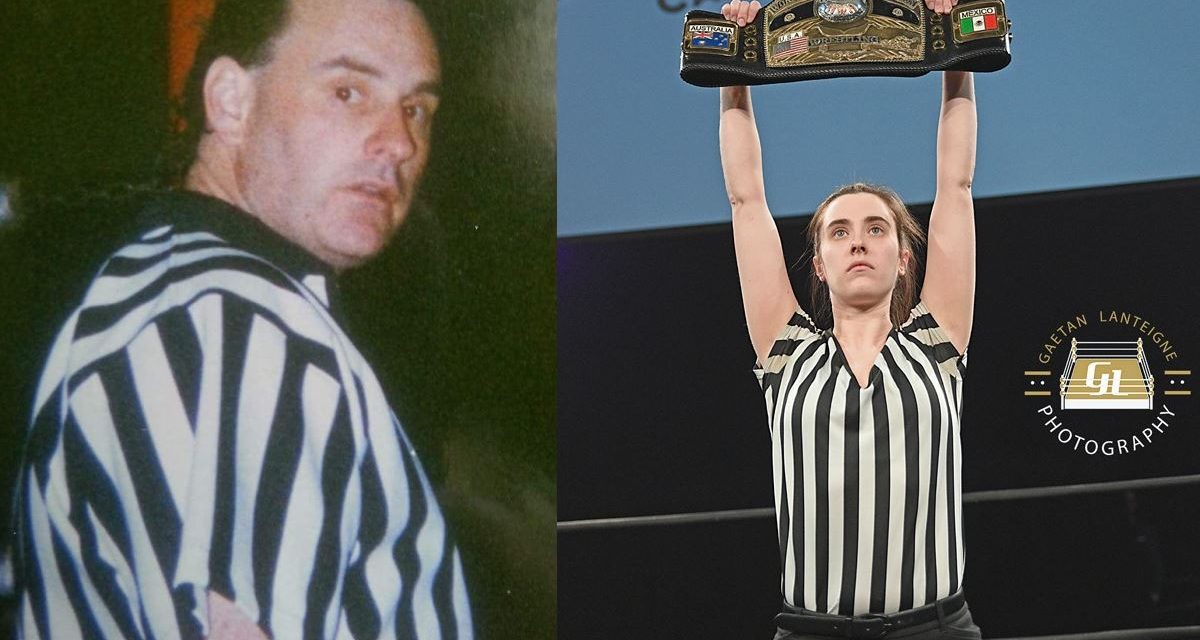 For most kids, summer vacations meant sleeping in, family trips and lazy days of doing nothing.

Those kids, however, were not my younger sister and I. For us, summer vacations meant giving up our bedrooms and sleeping on the floor of our parents’ bedroom, sharing our home with people we didn’t really know, road trips to different arenas around the Maritimes, and a very unique way of growing up.

My Dad, Frank Parker, was a professional wrestling referee on the independent circuit from 1999 until 2010. He travelled all throughout Atlantic Canada, Quebec, Ontario, and even into Maine.

My earliest memories of his journey are from when I was about seven or eight years old. He would wake up early a few times a week after working his full-time job at the post office and drive to train with Emile Dupree of Atlantic Grand Prix Wrestling. At first, he started off by going to every show, offering to help with setup and any other job that needed to be done, and soon enough he made his debut as a ring announcer. Although he loved getting to be a part of the show and interact with the crowd, he knew that he was meant for more and soon started training to become a referee.

My most vivid memories growing up are of when he started going on the road and being away from home most weekends during the summer. It was explained to us shortly after we had finished school for the year, that this summer was going to be different. We were going to be having a couple of guests stay in our home, and that we would have to give up our bedrooms for them. Hotels are expensive, and if we had room in our home to help them out then there was no question that they would be staying. I didn’t know it at the time, but those house-guests ended up being future WWE stars Edge and Christian.

For the next eight summers, this would be the routine. We would take our clothes and any belongings we wanted with us down to my parents’ bedroom in the basement and sleep on an air mattress next to my parents’ bed. While some people might cringe at the idea, this became our new normal and we embraced it. Soon enough we looked forward to the guys coming and staying at the house. Some of these guests included Bad News Brown, Bobby Roode, Joe E. Legend, Chi Chi Cruz, Scott D’Amore, Robert Maillet and countless others just trying to get their start in the business. 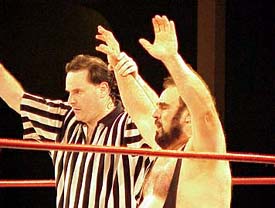 It was a great childhood, and we all became like one big family. Throughout the years the guys would offer to take my sister and I to school, swimming lessons, piano lessons and soccer practice. They would take us to the movies and to the arcade, buy us little gifts and really took care of us when my parents needed the time to themselves.

Like a lot of athletic activities, there was always risk of injury, and my Dad had his fair share. Over the years he would start to have issues with his ankles and required a couple of surgeries to correct them. These issues put his career on hold for a few years, causing our family to take a step back from shows.

In 2010 he made his return to the ring for Ultimate Championship Wrestling, based out of Halifax, Nova Scotia. It was great seeing him back in the ring not only with his old friends like “Wildman” Gary Williams, Lincoln Steen and “Trash Canyon” Rick Doyle, but with a new group of up and comers such as Troy Merrick, Dick Durning and JP Simms, who have all made a huge impression on the Maritime wrestling scene over the last decade. 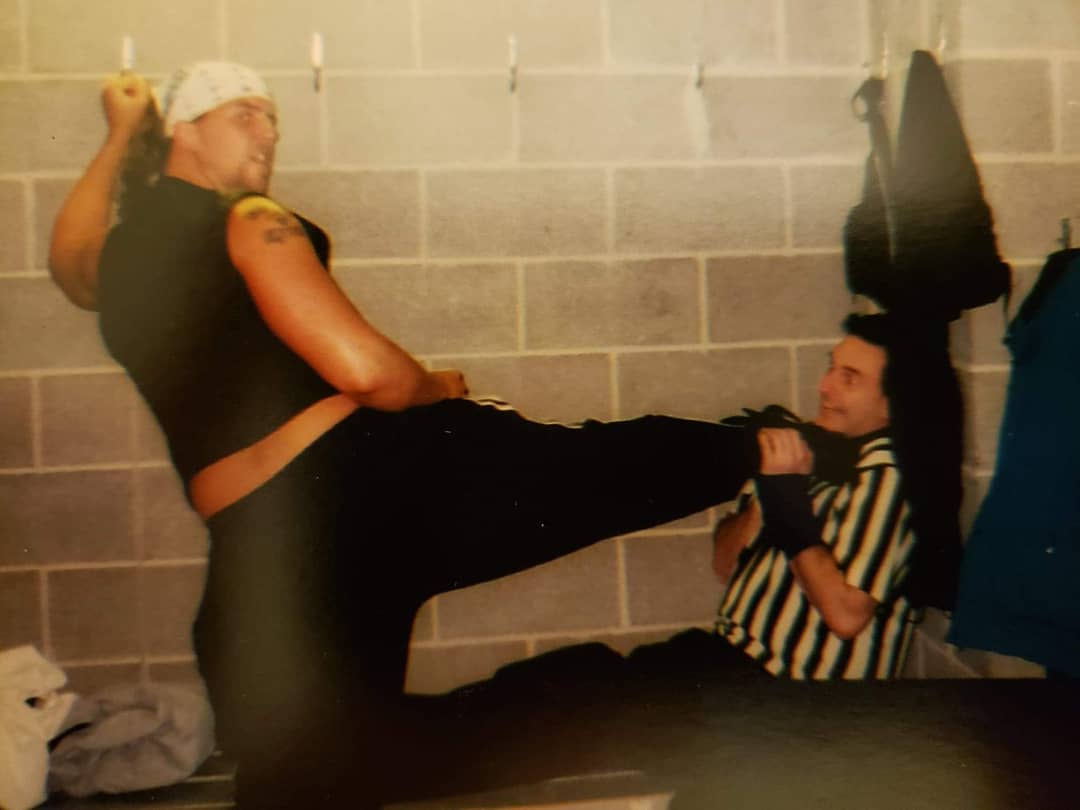 This was around the time where I started thinking to myself: “Maybe this is something that I can eventually do.” I was working my way up to asking my Dad how to get started, but then we received news that would ultimately change my family forever.

In January 2012, we found out that my Dad had been diagnosed with bowel cancer. At the time, we were told that surgery and a little bit of chemo should get rid of the issue, but that turned out not to be the case. The cancer had spread to his liver, which would require another surgery, and then started spreading to his lungs. Going to shows and wrestling in general was non-existent at this point. Things were getting worse, and we soon were told that there was nothing more that could be done. 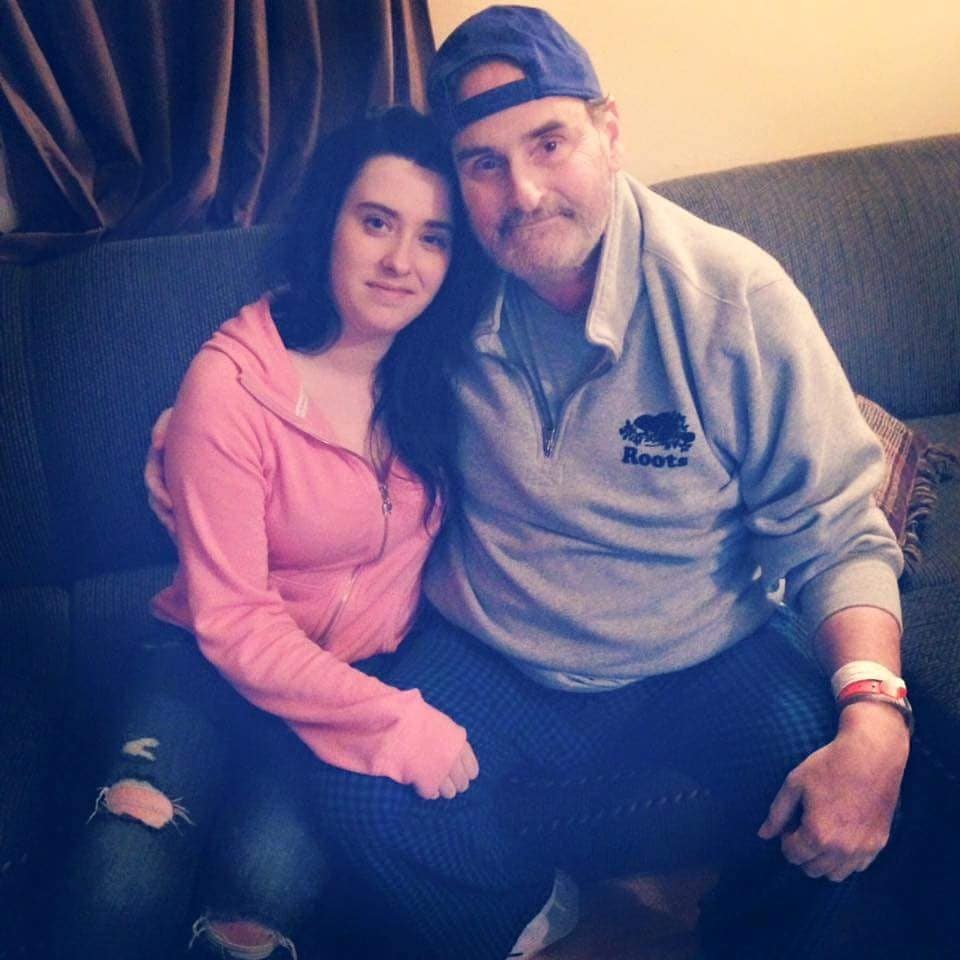 A short while later, I was sitting with him in his room in palliative care at the Truro hospital. He turned to me with a serious look and said, “I know you love this business as much as I do. All this time, it’s always been our thing, me and you. I don’t expect you to take the reins and do what I do, but please, just promise me you’ll still go to shows after I’m gone and support the boys.” This was the last real lengthy conversation I had with him before his passing in December 2014.

For about a year and a half, I completely shut myself off from the wrestling business. I didn’t go to any shows, didn’t watch it on TV, didn’t make it a part of my daily vocabulary like it had been ever since I was nine. It was hard, but it just hurt too much to be reminded that my Dad was gone.

One day, however, in the summer of 2015, I received a message from one of his best friends, Gary Williams, inviting me to a show in Kentville, Nova Scotia, for a company that Dad had really enjoyed going to watch. I was hesitant at first, but Williams told me that he had something he really wanted to give me, and that it would really mean a lot to him if I went.

Fast forward to that weekend and I found myself sitting ringside in a school gym for the first time in almost two years. As I sat there watching the show, all the feelings and memories came flooding back. I remembered how much my Dad loved wrestling and the community involved with it. At the end of the show, after a few tears and a lot of hugs, Williams handed me a program from his recent trip to the Cauliflower Alley Club in Las Vegas. At the back of the program for the event, there’s a memorial section printed for those in the business that had passed away that year, and my Dad’s name was close to the top of the list.

This was the moment when I decided that this was something I wanted to pursue. However, after going to some family and friends about it, the idea was shut down. “A female? Reffing wrestling? There’s a reason why you don’t see that around here or anywhere else, there’s no place for it.” It was hard to hear, so I put the thought on the back burner once again and focused on just going and supporting my new friends.

Later that summer, I attended another show held in Tatamagouche, Nova Scotia, a very small town about half an hour outside of Truro. This was the night where I met and became close with Justin Newhook and Matt Conners of Sabotage, one of the Maritimes most talented tag teams at the moment. Newhook especially started bringing me into the business again and meeting the new participants. I quickly made friends with everyone and loved being around them. I even started selling merchandise for Sabotage as my way of thanking them for bringing into the fold.

Then, in April 2016, Newhook pulled me aside, and asked me if I would be interested in reffing a match for Vision Pro Wrestling based out of Saint John, New Brunswick. Durning was running the promotion at the time and loved the idea of having a second-generation female referee for the women’s match. I had zero training at this point, but he had worked with my Dad throughout his career and had enough faith in me that I could do a good job.

So, on May 7, 2016, I made my referee debut for Vision Pro. I was slotted to referee Maddison Miles versus Miss Gia, and it ended up being the first time in Maritime wrestling history that there had been all women in the ring for a match. Looking back four years later, it’s definitely been one of my proudest moments as an official. 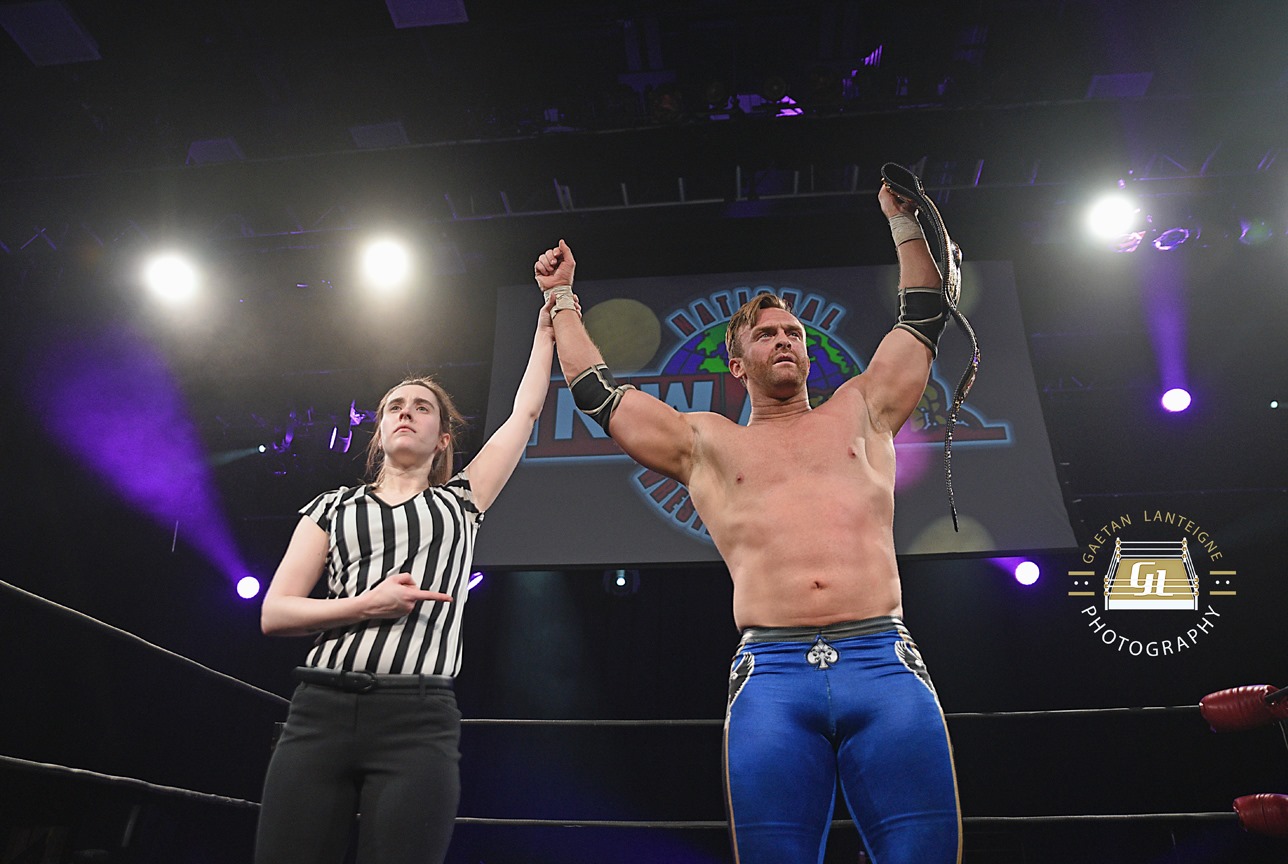 Since then, it’s been non-stop for me. I’ve been very lucky to have been taken under the wing of Markus Burke, which has given me many opportunities over the few short years. I’ve been fortunate enough to work with past WWE talent like Rikishi, Victoria and PJ Black; current WWE talent such as Pete Dunne and Tyler Bate; refereeing a match for the NWA World Heavyweight Championship with Nick Aldis and countless other memories that I will always hold close to my heart. It truly is an honour for me not only to represent women in the Maritimes, but also to represent and carry on the legacy my father left behind.

I’ve learned many things over the years being directly and indirectly involved with independent wrestling. It taught me to always be listening, to always be respectful, to take in and appreciate every bit of advice given to me whether good or bad, and, most importantly that if you want something badly enough, it can be achieved with hard work and dedication.

I am a second generation referee, and couldn’t be any more proud.

FATHER’S DAY FROM THE VAULTS