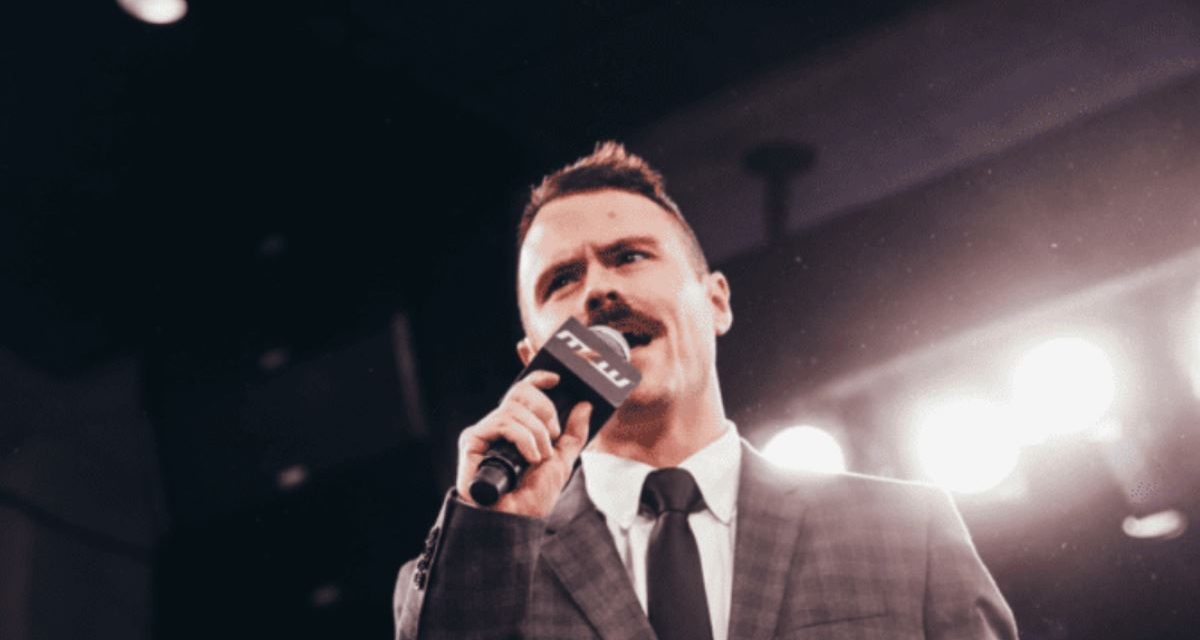 Major League Wrestling has terminated announcer Mark Haggarty over #SpeakingOut allegations that have arisen in the last few days.

Haggarty is alleged to have had inappropriate, sexually-charged exchanges online with a 15-year-old.

The press release put out by MLW back in January 2020 quoted MLW CEO Court Bauer: “Mark keeps our audience attentive and excited about the matches and events … I am proud to have Mark join our team and enrich the MLW experience.”

Openly gay, Mark Adam Haggerty had worked as a ring announcer and broadcaster in the United States, Canada and in the United Kingdom. CHIKARA was a high-profile company he worked for prior to MLW, as well as Battle Club Pro in New York State.

Haggerty is quoted in the MLW press release: “Working with Major League Wrestling has been an exhilarating experience so far … From the moment I was welcomed into the locker room to the second I signed that contract, every step of the way has proven to validate this journey I’ve been on for the past 3 years. To go from hoping and praying that maybe I’ll get somewhere someday to announcing the biggest names in the world on national television every week is positively incredible. I cannot thank Court Bauer and the folks at MLW enough for putting their faith in me and bringing me along for this exciting ride. I can’t wait to see what’s next.”

In a Fightful.com interview, Haggerty discusses his sexual orientation:

“I get asked all the time why it’s important that a ring announcer is gay. Well on the surface, it’s not! My talents and abilities and presence should all speak for themselves, but on top of that is a word that keeps coming up time and again – ‘representation.’ Just the same as it’s important for an openly gay man to be running for president, it’s important that a whole world of LGBTQ pro wrestling fans see someone on their television every week who represents them. There are a handful of visible wrestlers out there already and I’m honored to be the first announcer. I grew up thinking there was no place for someone like me in this business and now I’m signed to one of the most watched companies in the world. If that’s not important on some level, at least in terms of inspiring others, then what is?”