Introducing ‘Behind the Gimmick Table’

During this unprecedented time, the biggest stars in wrestling are currently forced to do their jobs in front of empty arenas. Despite more content, and plenty of outlets to push it, the viewership is lower than ever. It seems that digital content, on a screen, cannot replace consuming wrestling with the other senses. Nostalgia for wrestling has also been affected during these times.

During the 1980s explosion of “Hulkamania” and the “Rock N Wrestling” era, it became commonplace to see wrestling in contexts beyond the action within the squared circle. Logos were emblazoned on a wide range of items, as is common with other pop brands like Star Wars and Barbie, and became commonplace in pro wrestling for the first time. From lunch boxes, pencil cases, shampoo bottles and measuring tape at retail stores, to T-shirts and foam fingers in catalogs and in arenas, many of the items were initially intended to be ephemeral, only increasing their scarcity later on. In the collecting world, wrestling collectibles were considered an affordable genre.

Until recently, that is. 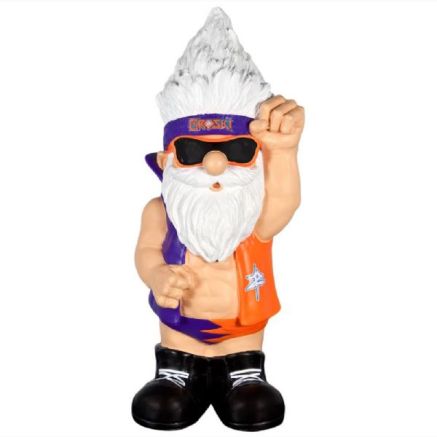 cedented level. For example, a New Jack ECW figure, that normally was available on eBay for $10, has skyrocketed to the $100 range and a Zack Ryder Lawn Gnome sold for hundreds of dollars. The first officially licensed T Shirt of Owen Hart in 20 years is a top seller along with fellow deceased colleague Bruiser Brody. It is evident that people still want wrestling, badly.

Copious amounts of wrestling in every flavour are available digitally, but consuming it online will never replace doing so in conjunction with the other senses; or, as Pat Patterson says, to celebrate “The roar of the paint and the smell of the crowd.” There is much more to the stories behind the spike in value of these items but generally this resurgence is in part thanks to an interesting confluence of new takes on wrestling media.

As the global village takes hold and consumers become more discerning in their tastes, niches gain niches exponentially. Such has been the case in professional wrestling.

Twenty years ago a pro wrestler would have been dubbed a “mark” and hazed by their peers for coming out as a collector of dolls/action figures, especially of the pro wrestling variety. Today, we have The Major Wrestling Figure Podcast, which came to be while its hosts were contracted to WWE as wrestlers and is a top recommended podcast on Apple. Three years ago the genre of wrestling collectible podcasts was nearly unheard of. The MWF Pod has spawned others in the niche genre which too focus on wrestling action figures, merchandise and more. Likewise, two decades ago the modest budget behind-the-scenes wrestling documentary Beyond the Mat made a decent $2 million at the box office whereas now the Dark Side of the Ring series featuring similar themes is the #1 viewed and grossing show on the ViceTV On Demand Network.

Canadian philosopher and media theorist Marshall McLuhan famously said, “The medium is the message.” Considering this, it is interesting to think about what these developments in the presentation and consumption of professional wrestling through a multitude of medias say about the entertainment/sport.

It is this new dawn of interest in the world of collectible pro wrestling media outside the ring that will be explored in this new SlamWrestling.net column “Behind the Gimmick Table.” Here we will take a look at how pro wrestling merchandise and collectibles have played a part in the lives of those involved in the industry as wrestlers, historians, managers, etc. from childhood to their careers in the ring and beyond.