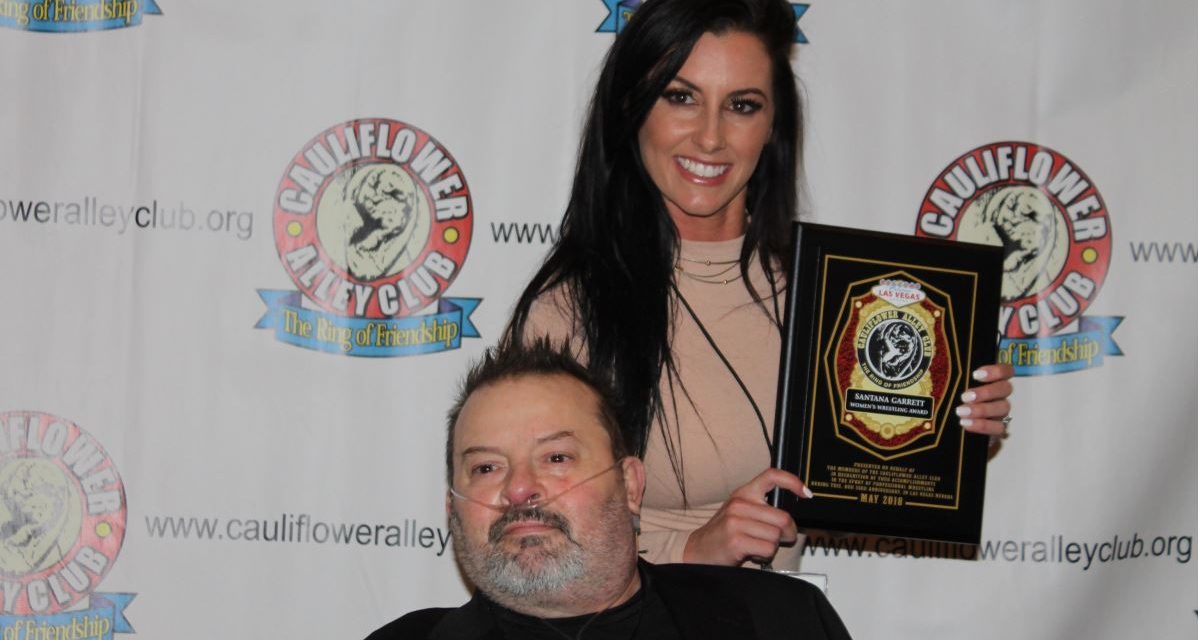 On Facebook, Luanne Garrett, Keny Garrett’s wife of 26 years, confirmed the passing on December 10th: “If you knew him, you were immediately part of the family,” she wrote. “Sunday breakfast or feeding everyone at our wrestling shows. You knew where you stood with him. No filter ever on his ideas. Not an easy life, I only wish I had more time with him. 26 years wasn’t enough. 5 kids and a granddaughter wasn’t enough. His body just betrayed him. I loved him and always will.”

Santana Garrett informed her fans on December 4th that the lung cancer her father had been battling returned and an operation would not be possible. 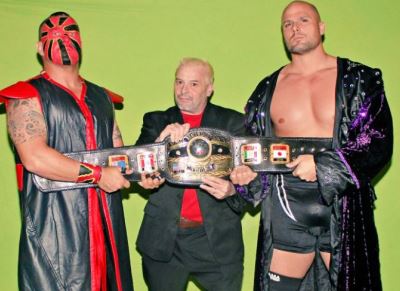 “He was diagnosed with lung cancer and had multiple major scares over the years,” Santana wrote. “[He] had his lung removed and was cancer-free for three years. The cancer came back on his only remaining lung about a month ago, and now he is having many complications. His kidneys are failing, he has blood clots and they are unable to perform surgery needed in order to treat the cancer.”

Keny promoted HighVoltage Wrestling in Florida and St. Louis, working with the likes of Adam Pearce, Kahagas and others. He began running shows under the High Voltage banner in 2008 in the Midwest.

After having a stroke in 2014, Keny partnered with fellow St. Louis promoters, Jim and Crystal Yount, and their company, Dynamo Pro Wrestling, to host a benefit show for the American Stroke Association and to assist others who have had strokes. Santana, who was inspired to get into the industry by her father, was a special guest at that show.

“I remember being a little girl in my t-shirt …. in my classroom, asking everybody, ‘What do you want to be when you grow up?'” Santana recalled at the Cauliflower Alley Club reunion in 2018, as she received a women’s wrestling award. “Well, some of the girls want to be a ballerina, others wanted to be a nurse. The teacher got to me, and I said, ‘When I grow up, I want to be a professional wrestler just like my dad.'” 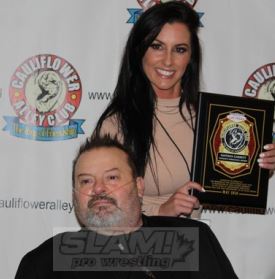 Santana Garrett with her father, Keny, at the Cauliflower Alley Club reunion in May 2018. Photo by Greg Oliver

Wrestling, she said, is what strengthened her relationship with her father.

“I got to see him pursue his dream, train with Dory Funk, and later become an independent wrestler and promoter, while all the way, I would help out in any way I could, whether it was selling tickets at the door, handing out flyers, or selling popcorn,” Santana said at CAC.

On his Facebook page, St. Louis SICW promoter Herb Simmons shared his memory: “Kenny was another pioneer in the wrestling business. He and I had many discussions on how the business has changed. He worked in the business for many years and was responsible for a lot of current talent getting started in the business.”