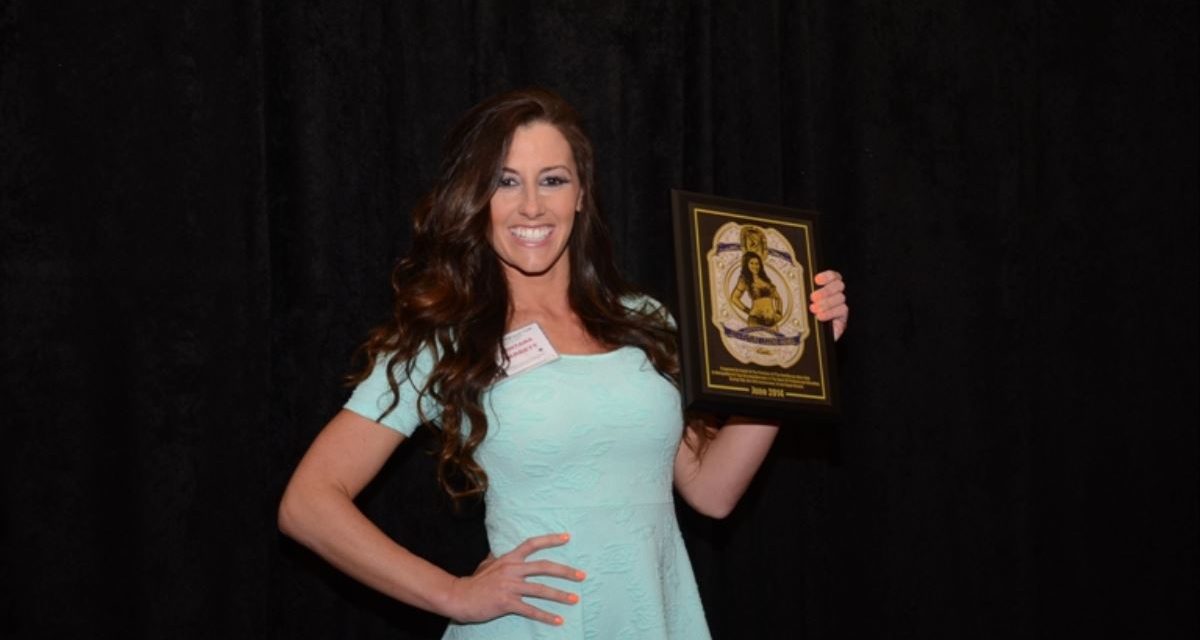 Santana Garrett has been a model, a valet, and a TNA Knockout. Now she’s a Future Legend.

Garrett, who debuted as Brittany in TNA in March, received the coveted “Future Legend Award” from the Cauliflower Alley Club on June 3 in Las Vegas.

Former Future Legend award winners Cheerleader Melissa, Frankie Kazarian, Kyle Sebastian, and Bobby Sharp were called to the podium and presented Garrett with her award, a plaque bearing her image. 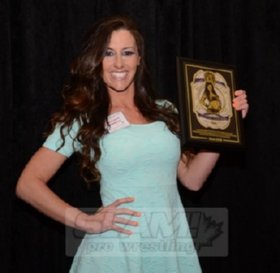 Garrett said the award came as a genuine surprise.

“I was very shocked and excited, and I think that showed as I was going up there,” she said. “I didn’t have a speech prepared or anything. You look at some of the past winners, like Cheerleader Melissa and Kurt Angle. Those are some big shoes to fill. It was overwhelming.”

Making the evening even sweeter was the fact that her father, wrestler Kenny “Kenny G” Garrett was in attendance to see his daughter receive the award. Kenny recently suffered a severe stroke and has struggled with diabetes, Santana said.

“It was amazing to have my dad there when I was given the award. He doesn’t get out much and he lives so far away from me (Kenny lives in St. Louis, Santana lives in Ocala, Florida). I am so glad that he could be here — both here at Cauliflower Alley reunion and here alive and with us today,” she said.

The Future Legend Award is the latest accomplishment in a banner year for Garrett. She has quickly climbed the ranks of the TNA Knockouts division and established herself not only as a wrestler, but as a captivating and unpredictable personality. Her recent professions of admiration for Madison Rayne are reminiscent of the early stages of the terrific Trish Stratus/Mickie James storyline of 2006.

“It’s been a heck of a year,” Garrett said. “I am so grateful for the opportunity to be able to work with some of the best. I debuted in TNA against Gail Kim and beat her, which was huge. I think the experience I got while working for SHIMMER and SHINE helped prepare me for TNA. It has been a blast with TNA so far.”