For most wrestlers, winning a championship and wearing that belt around your waist each week would be the highlight of the year. One might say that re-signing with a prestigious wrestling promotion would be at the top of the list of best the things that could happen to them.

For Eli Drake, recent Impact tag team champion alongside Scott Steiner and former King of the Mountain champion, it’s about celebrating the successes of others and not just basking in your own.

“The big thing for me is just watching a performer or a company move on to the next level,” Drake said in a recent Impact Wrestling media call.

The self-proclaimed Namer of Dummies said that every grappler’s goal is to make it on television but like most things in life, it’s not a guarantee. “You just watch people who have moved on or are still [in the promotion] doing their thing,” he continued, “it’s just such an evolution and a very cool thing to see.”

That’s not the only part of the gig that the California native enjoys. He explained that the fans are a huge part of the fun as well. “The Trivia is a great experience. Fans literally get to hang out with us for about 30 minutes or so and everyone has a great time.” Drake is always so intrigued at how much the fans know. “I’m shocked at some of the answers I hear from people but I like to sit back and listen to what’s going on.”

Of course, the grappler does have some fond memories from this year, and championship gold is hard to beat, but not for the reason most would think. “Who would have thought it would happen? It was not in the cards for us to win and then out of the blue, here it comes,” Drake said, thinking back to the glorious night when he won the tag team title belts with Steiner in April 2018. 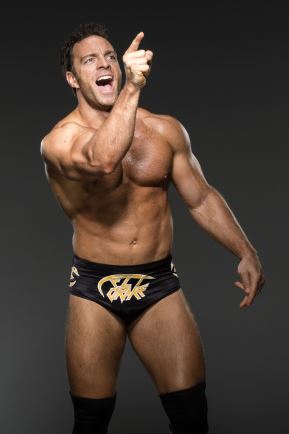 On the flipside, hardware doesn’t need to be on the line for it to be a memorable night for Drake. “[On Nov. 30] my match with Tommy Dreamer [was incredible]. It was one hell of a match,” he said with a slight laugh. However, he pointed out that 2018 wasn’t necessarily about winning; it was about something a little more personal.

“This year was definitely a feeling out one for me,” he explained, “It was about getting my bearings back but at the same time enjoying what I’m doing and where I’m going.” He revealed that the best part is traveling the world and doing this wrestling thing. The champion is conscious, though, that the squared-circle life will not last forever.

“I have been looking at other things but fortunately for me, I’ve been good with my money,” he said. Drake also expressed interest in the real estate business and some more on camera and behind-the-scenes work. “I don’t think it’s out of the question to have some kind of role backstage, whether it be helping with creative or promos.”

Although he has a blueprint for his post-wrestling life, Drake said that wrestling is really everything to him. “This has really been my only true passion in life. Trying to get myself [excited] for anything else is a chore.”

For the time being, the Impact star is going to channel his focus onto the Impact’s upcoming pay-per-view, Homecoming, on January 6. Homecoming will be hosted live from The Asylum in Nashville, Tennessee, the same location that all the early TNA shows were broadcast from, on the Nashville Fairgrounds lot.

When asked about the World title match between Johnny Impact and Brian Cage, Drake brushed it off, like it wasn’t the most anticipated one on the card. “Frankly, it doesn’t mean much to me and it’s a little over-due, and I should be right up there with those guys,” he said. The wrestler did point out one bout that will undoubtedly be the highlight of the night.

“The best match will be Eli Drake versus Abyss,” he exclaimed, “but I guess we’ll see what happens.”