The roads of our great industry of professional wrestling have changed drastically over the years since I stepped into the ring. The times have changed, the landscape has changed, and little things like wrestling schools and camps were unheard of then. I might be considered a dinosaur but I am very proud of the talent wrestling school added to the mix. The downside in my opinion it’s also a business to make money. If you take 10 wrestlers, seven might be well-trained by the notable trainers (and their disciples) and the other three will be pushed through solely for the almighty dollar. 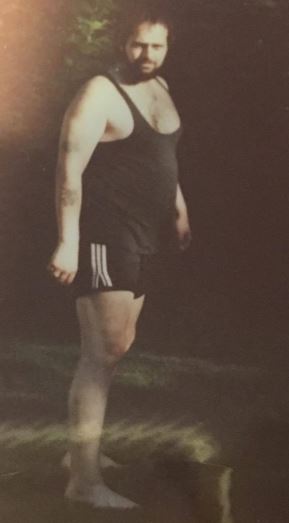 Here’s what Rocky Johnson initially had to work with!

Don’t think I’m knocking schools as they are currently the vein of our industry. I’m referring to those three who in most cases shouldn’t have gotten past the third row and are now “entertaining” in our industry. Please don’t roll your eyes when I state back in the day with no schools on the horizon you had a hard time breaking in. Usually, the closed gym was a place to meet wrestlers.

In my case, it was Western Gym, 135 East Hastings, in Vancouver, B.C., owned by bodybuilder Ray Beck. This was where, in 1968, all of Rod Fenton’s wrestlers worked out, like Rocky Johnson, Karl & Kurt Von Steiger, Dean Ho (Higuchi), Freddie Baron and on and on. It wasn’t glamorous, and it only had an old boxing ring that was like taking bumps on concrete. In the territorial days, the gym became a home base of sorts, as the wrestlers in the area would usually only be there eight months to a year before moving on, so a common meet-up place was valued.

To break into professional wrestling, the idea was to find a mean, grizzled veteran and ask if he would train you. You usually got a two word answer that is unprintable translated meant, “hell no!” So I found after being turned down several times I got inventive.

I picked Rocky Johnson because of his linage to Chief Peter Maivia (later Johnson’s son, The Rock Dwayne Johnson, would enter the profession). He seemed like a good guy (boy was I off) and started bugging him about training, with snippets like, “Don’t worry champ I’ll take it easy on you.” Rocky showered and shaved, put back on his gym clothes, then roared to the ring with fire in his eyes. Everything was kayfabe in those days and Rocky beat me from post to post and when he was done blood poured from my chest from the chops. I must have taken 12 slams and suplexes. Rocky looked at me with derision saying “Tomorrow same place same time.”

Every one of the boys turned me down but Rocky beat the hell out of me, so that must be good right? As he used one word to describe my talent — “stupid” — and we eventually progressed to an actual conversation. He never smartened me up, just beat me up, but I could tell he was pleased with my progress as his grunts seemed to have a favourable ring.

For a whole year, Johnson worked with me every day that he was not on the road. I can still picture the scene in the gym, as Johnson and Dean Ho plus several other strongmen would, with hardly any effort, be benching 500 pounds while I was in the corner struggling with 340 pounds. Rocky would always say the same thing, “Kid, you need a hand with that?” It always resulted in laughter from the others in the gym. 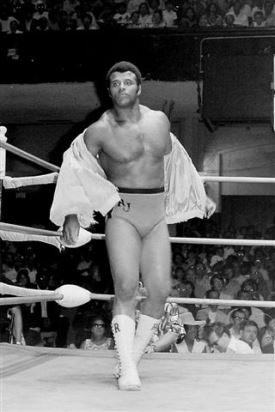 Out of the blue Johnson said, “John, I think we should send you to Stu Hart’s Stampede Wrestling.” Beyond that, his only advice was “stay out of the basement,” meaning the infamous Dungeon where St took great delight in torturing people on the mat. Johnson obviously had some pull, having been there himself, and I was booked with Stu in six weeks.

With time running out for me as his student, Johnson began to let me in on some trade secrets. Two days after booking me in Stampede, Rocky and I were working out when he snatched my foot in a takedown move, breaking my ankle in the process. Off we went to the Vancouver General Hospital where they X-Rayed me then put on a cast and I hobbled out on crutches.

Rocky suggested we call Hart and tell him I wouldn’t be there; six weeks was not enough time to heal. Like any wrestler with his first booking in hand, I wasn’t going to let it slip through my fingers. I waited to the day before I was booked for Calgary and like any old pro I cut off the cast, and then triple wrapped it and flew out to Calgary that afternoon. I stayed at the King Edwards Hotel (it burned to the ground shortly afterward, not by me). Stu Hart drove to the hotel and picked me up and would take me back to the Hart House in his big Cadillac. I was so proud. We worked out in his basement (yes, the Dungeon) several times. The last time I took a hip toss and it didn’t matter how many years of judo I had taken, my ankle just snapped like a twig, breaking it for the second time. I lay on the floor with a certain pride, knowing that ankle has now been broke twice by two different legends. 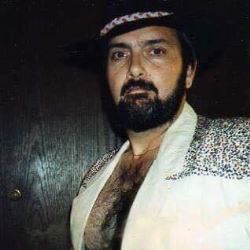 I took a lot of time to heal and clear my head from the broken ankle(s) and a couple of broken ribs too.

While this was the end of my association with Johnson and Hart, it wasn’t the end of my story. A few years later, Al Tomko of All Star Wrestling hired me and I was on BCTV three times a week plus house shows, putting in almost six years. When my injuries got the best of me, All Star Wrestling gave me a new two-year deal just to be a manager because they thought I was good on the microphone. That year the local fans voted me the Manager of the Year, marking the first time a heel manager had won that award. I was supposed to retire that year but as they say not everything in pro wrestling is on the up and up so I continued to wrestle once a month for the next few years.

When I look back on it all, including a short run with the All-Star Heavyweight title (which I lost to the memorable Bruiser Costa), and tag titles with Diamond Tim Flowers, I can thank Rocky Johnson for first off all putting up with me, and then taking the time to train me. At no cost, by the way. That wouldn’t happen today.

For more on retired wrestler and manager Jonathan “Fuzzy” Sayers, see Fuzzy’s Forum on Facebook and the links below: