In the days before wrestling schools existed, Dori Singh, like many of us aspiring wrestlers, had a ring built in his backyard. Meeting some professional wrestlers from BCTV’s All Star Wrestling, I-Ton and J.J. Jetson, two of the business’ high flyers, he explained to them how badly he wanted to become a wrestler. Shortly afterwards they showed up at Dori’s house and were impressed by his ring. That day in 1986 they started the long hard journey to turn Dori Singh into an athletic, technical wrestler.

Working day and night with Dori, I-Ton and Jetson started to see progress from the native of Bombay, India. Working a grueling schedule, his first match was on November 7, 1987, in Cloverdale, BC where he was introduced as Tiger Dori Singh. In this match Singh would go on to defeat Mike Edwards. The name Tiger was because of his fierce temper which was displayed in his first TV match against Buddy Wayne when he was disqualified. 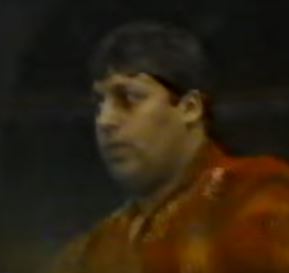 I-ton’s training really helped Singh because after a string of single victories, I-Ton took Tiger Dori Singh as his tag team partner. After terrorizing All Star Wrestling and putting themselves in title contention, this team won the International Tag Team titles. They worked well together with I-Ton having that incredible speed that would confuse opponents while Tiger Dori Singh was developing, through I-Ton’s tutelage, into a ground-and-pound mat technician. I was fortunate enough to manage this dynamic duo and was confident they would stay champs for a long run. The two successfully defended the titles, some times six nights a week before Singh was severely injured. Being the proud Sikh he was, he refused to take time off for injuries and walked into a match against two tough wrestlers, Buddy Wayne and The Frog, and lost the International Tag Team Belts.

Losing the International Tag Belts had a profound affect on Singh. He even considered retirement because of injuries but felt an alliance to his friend, tag team partner, trainer and mentor I-Ton. Singh’s skill, joined with I-Ton, became the complete package. But the Singh and I-Ton tag team dissolved and each went their separate ways to become stars.

Dori Singh while wrestling with severe injuries forged ahead to win some very big matches. His partner the mighty I Ton, in 1988 went on to win the Canadian junior heavyweight title (a prestigious title held by Vern Siebert). After losing the International tag team titles, Singh went on to form a new partnership with a fine up-and-coming wrestler named Michelle Starr. Singh and Starr worked hard to climb the ladder to get them into title contention. After some hard-fought matches, Singh and Michelle Starr stood in the middle of the ring wearing the International Tag Team Titles. Singh and Starr had a fairly short reign as champions due to the severe back injury Dori suffered previously. He was never one to miss a match because of injury but it was very clear he was in a lot of pain. At the end of 1989 Tiger Dori Singh sadly retired from in-ring wrestling, his title filled career only lasted from early 1987 to late 1989.

Dori Singh had a tremendous impact on All Star Wrestling and this is something you don’t hear a lot in the wrestling business and I can attest to this, “Nobody had a bad thing to say about Dori Singh.” It is true Dori had a fairly short wrestling career. From 1987 through until late 1989 but in that time period he won many Championships. When Dori Singh’s wrestling career ended, he wasn’t the type of guy to mourn the loss. Dori moved on and became a nutritionist at the Richmond General Hospital.

Only recently, I learned of Singh’s passing from a heart attack, but even then, details are a bit, well, fuzzy. I ran into several dead ends. I didn’t have the proper obit info but it wasn’t for lack of trying. I checked all Vancouver BC newspapers to find age date of birth but no luck. I talked to every wrestler that worked with him and the general consensus he was approximately 52 years old. And I could not get in touch with his family, as there are a million Singhs in the phone book.

As his wrestling manager Dori was more like family than just another wrestler. As a heel wrestler and manager fans think of me as a hard-hearted individual but I assure you as I write this I have tears in my eyes.

For more on retired wrestler and manager Jonathan “Fuzzy” Sayers, see Fuzzy’s Forum on Facebook and the links below: