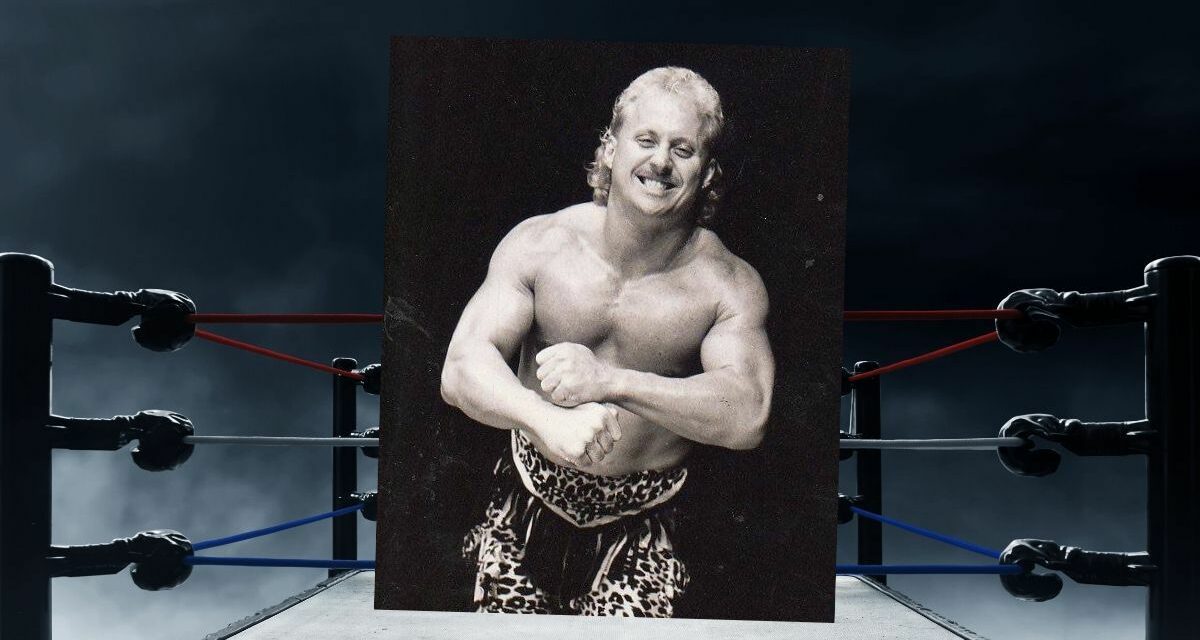 Randy Rhodes, a veteran of the Florida independent scene, has died. He was only recently diagnosed with oral cancer, and it progressed quickly.

It’s important to clarify that this is Randy L. Hunter, Sr., and he was not the same Randy Rhodes who was friends with Dick Murdoch and wrestled in the 1990s, including with Christopher Love (Bert Prentice) as his manager — that was Mike Lofton.

In recent years, Hunter, a native of Key West, Florida, has been a trainer with Gangrel (David Heath) in Pompano Beach and Port St. Lucie. “RIP Randy Hunter Sr. Keep rocking in the heavens!” posted Gangrel.

Back in August 2022, Hunter posted about a recent WWE signee who had gone through their training:

I’m so proud of family friend, LSU Soccer star and local Athlete Superstar, Tia Caffie. Hired by the WWE recently and training at the WWE Training Center in Orlando, I look forward to “being in her corner” through her training process and what’s sure to be a very rewarding Hall of Fame Career

. As faithful family friends , my Alabama Homeboy Tim and his incredible wife Tina have been in my corner through some dark times fighting terminal Leukemia. Etc.

and that’s what Bama Boys do!

Believe me when I say “T.T. (As she is at times affectionately called is more than a pretty face!”) So please place her on your prayer list that God will richly bless her with guidance, and excellent health and protection by His mighty hand.

Before getting into pro wrestling, Hunter (born on April 10, 1966) was an air assault recon trooper in the U.S. Army. He shared that memory in November 2022:

I turned 18 years old in Army Recon Basic Training. My first assignment found me stationed 10,000 miles away from home with little more than the clothes on my back, I learned allot on my own the first year. Many kids today struggle with responsibility. And truthfully it’s often the parents fault as they don’t prepare – starting at a young age- their son or daughter to be independent. Many continue to talk for them making appointments and basic decisions as if they are still children rather than young adults. This enabling process ironically hurts them. They are ultimately ill prepared to handle the basic of responsibilities (basic social and critical thinking skills) they will need as an adult. The military was the perfect launching point and prepared me in so many ways to handle many of the things this world threw at me. With many life lessons, life long memories and friends made around the world, I would do my 6 year commitment all over again. The military is a great option for any young person looking for a great life preparation start in life! With paid college after discharge it’s more than worth it! I’ll always be a 19 Delta, Air Assault, U.S. Calvary Trooper, Reconnaissance Scout! God Bless the men and woman in uniform and God bless America!
November 1983

Hunter trained to be a pro wrestler under Cliff Anderson (Cliff Sheats), and at his start, he worked as Randy Hunter. Rusty Brooks (Kurt Koski) also had a hand in training Hunter, and, upon Brooks’ death in February 2021, Hunter wrote: “He was one of the men who trained me in the wrestling business. He was so funny. Especially in the ring. I remember he was teaching me how to take a back drop and when I did take it and at the top as I was going over I would not intentionally, but would make this sound ‘Soooop!’ Rusty would tease me about it and say chicken noodle or tomato? ‘So you eat soup?’ On another attempt I would unintentionally say ‘Sooop again’ and he then said ‘damn Randy, make sure you order enough soup for me too!’ So many stories.”

Most notably, Hunter was a part of the IWF TV tapings done at Universal Studios, circa 1993. In the same time period, Rockin’ Randy was on a couple of episodes of Monday Night Raw, as enhancement talent, including once as Jerry Fox. 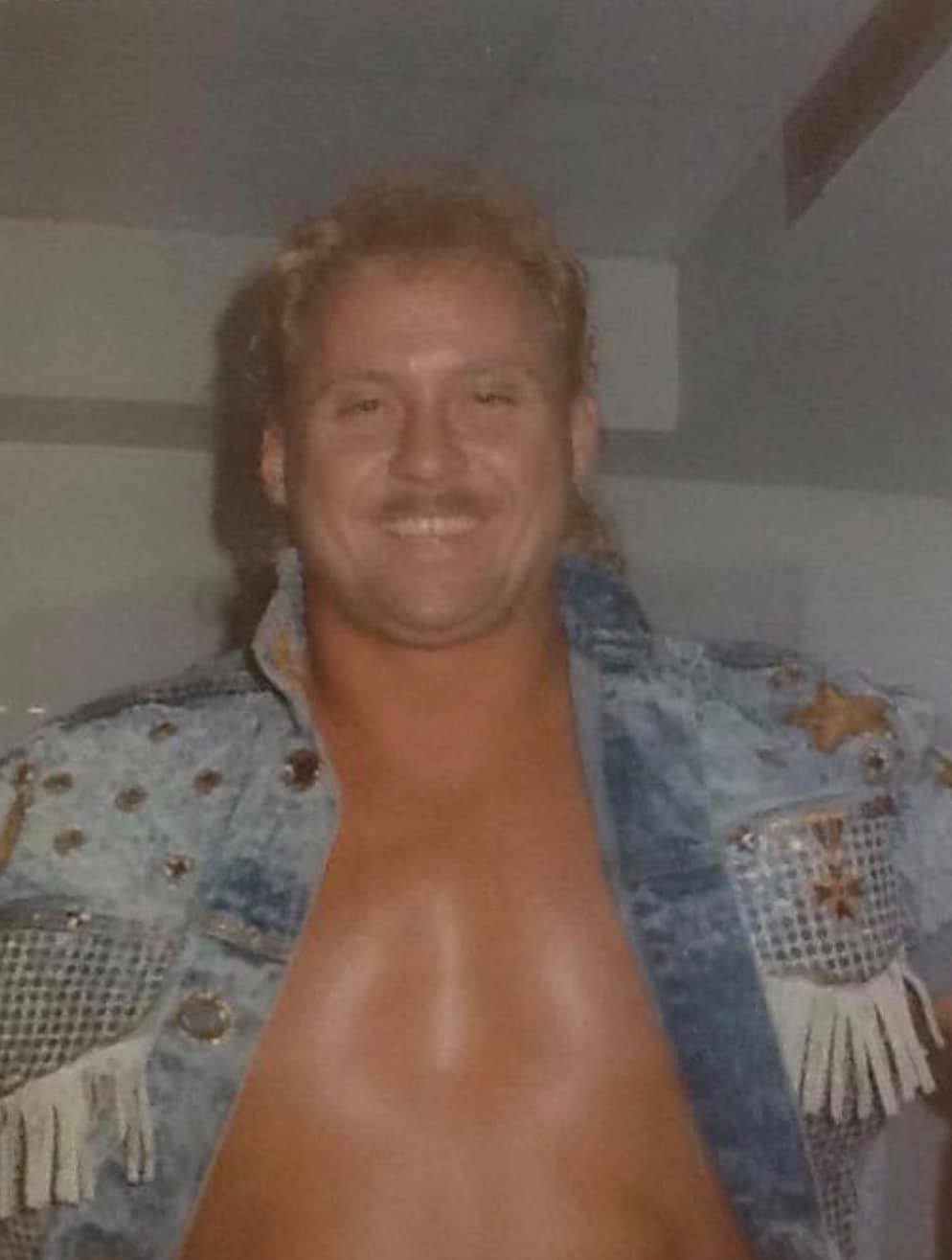 On his public Facebook page, as Randy Rhodes, he would promote wrestling shows in the area and noted “I tend to be a private person.” On his private page, as Randy Hunter, Sr., he was a little more open about his past. “I love pro wrestling. I met many wonderful people all around to include Europe. Wrestling fans are the greatest,” he wrote.

In a rare revealing post in January 2016, he talked about his son — unnamed, though his name is Randy, Jr. — going into law enforcement. “He’s bi racial and looks more like his pops. So he has a unique perspective about people in general of all types,” wrote Hunter, noting as an aside, “I have no wife.” Hunter did have at least three grandchildren.

He was far more public with his love of football, especially Alabama Crimson Tide and the Miami Dolphins.

The Dynamite Express was a tag team that Rhodes was a part of in Florida, and complimented his real-life love of music — he was “Rockin'” Randy, and Randy Fuller was his partner. Hunter was also a DJ: “Those that know me know that I love most music. Being a DJ for so many parties including wedding receptions that included Mets players etc. I love to dance and sing along. Like Bob Marley sang: When the music hits you, you feel no pain! So, hit me with good music!”

The recent diagnosis of oral cancer was not Hunter’s first brush with the disease. In 2006, he was diagnosed with leukemia, and he received a bone marrow transplant. And in July 2022, he went through congestive heart failure and pneumonia.

Further details are not known at this time. It is believed he died on January 9, 20223.