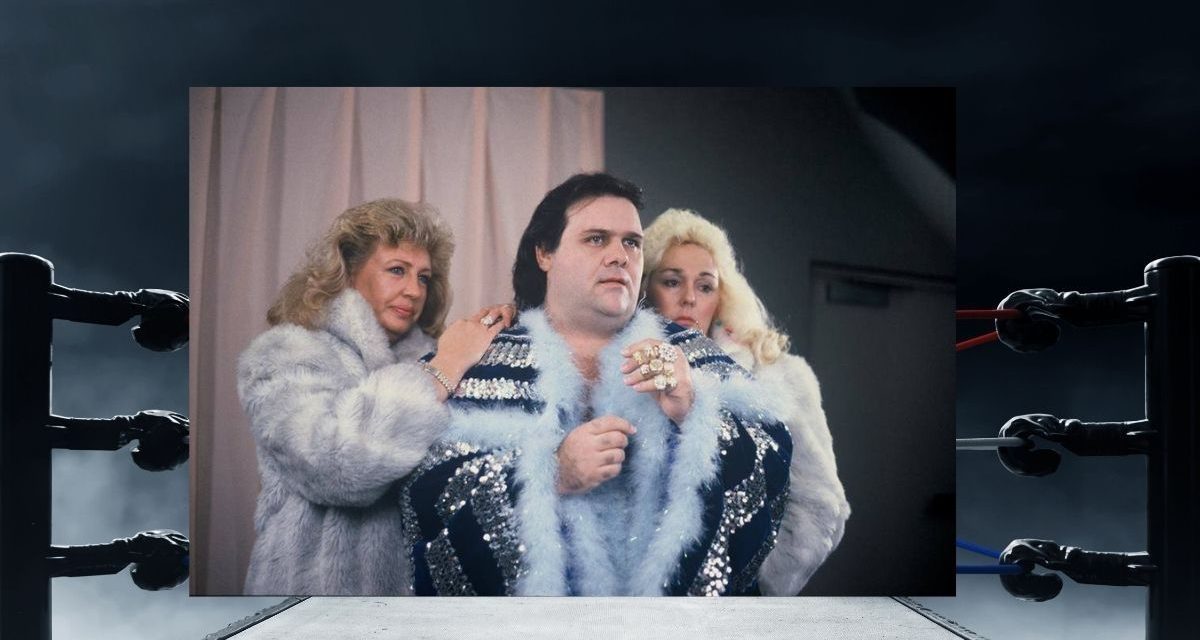 Having worked with Bert Prentice over the last while on Prentice’s autobiography, author Scott Teal knows exactly why wrestlers and fans are reeling over the news of Prentice’s death from cancer on August 4. He was 63.

“Promoting 8 to 12 shows a month, Bert was probably the last full-time promoter who promoted shows the old-school way, i.e. putting out posters, beating the bushes, working 24/7, and in doing so, he made a living. He worked harder than anybody in the business to draw houses,” Teal told SlamWrestling.net.

“As he told me recently, ‘Wrestling has been my life. People will tell you that, from the time my feet hit the floor in the morning, until I lay down in bed at night, my world is wrestling. To me, promoting wrestling is like a heroin addiction, but I don’t fight against it. The only time there is complete peace in my life is when the ring is up and the building is quiet. At that point, everything is good in the world.'”

Prentice, who was born March 26, 1958, began his career in the Memphis territory as a manager, working under the name Christopher “Honey” Love, but later transitioned to using his real name. Prentice managed the likes of Tully Blanchard and Vampire Warrior aka Gangrel in the WWE. 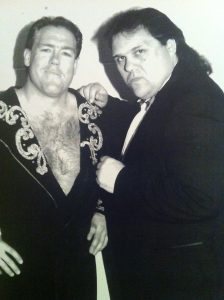 Prentice providing his managerial services as Christopher Love to the legendary Tully Blanchard.

Prentice’s work as a manager also took him to the Tennessee circuit, where he later became a promoter for USA Championship Wrestling among other promotions, working again with the likes of Jerry “The King” Lawler and Jim Cornette from his past. In 2003, Prentice became a regular on then-upstart company TNA programming, appearing as a host alongside Jeremy Borash on the Xplosion show.

In a 2011 interview, Scott Hudson noted that Prentice could be frustrating, but “When he’s motivated, he’s as good as any promoter in the nation.” Former NWA promoter David Marquez noted that he had his issues with Prentice through the years, “but I’ve always respected his hustle. A Carney to the truest definition.” Prentice hosted the 52nd NWA convention in Nashville.

Prentice gave breaks to unknown wrestlers, like Chris Jericho, who tweeted out, “One of my first out of Canada trips was to go work for him in Kansas City. What a story I have about him…” He was also always appreciative of the oldtimers, and Corsica Joe and Sara Lee were regulars at his shows in Nashville as ticketsellers.

“Jerry Jarrett brought me to the Memphis territory in late ’89,” explained Prentice to SlamWrestling.net in Sara Lee’s obituary. “I met Sara Lee then, and she was selling tickets at the Fairgrounds. I knew her just fleetingly. After Jarrett sold to [Jerry] Lawler, and then the whole Lawler, [Larry] Burton, USWA collapse; I took over the Fairgrounds. Her and Christine Jarrett were the first two people I hired.

“I was the last match Sara Lee ever had,” continued Prentice. “Back when it was Music City Wrestling, we did an angle where Sara Lee felt I needed some time off for vacation so she voted me off the board of directors — she was the deciding vote. So, I turned heel and we wrestled probably ten or twelve matches. The last time we wrestled was in Hopkinsville, Kentucky. Of course, I put her over in every match. It was fun and absolutely hilarious.” 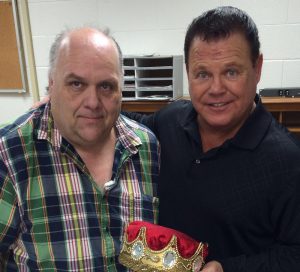 Long-time colleagues Bert Prentice and Jerry ‘The King’ Lawler posed together for a photo.

Despite Prentice’s public battle with colon cancer, he stayed true and loyal to the wrestling business, continuing to appear on USA Championship Wrestling as an on-screen interviewer and host. He had shows booked as well.

Tributes for Bert Prentice are pouring in from across the wrestling world:

We are deeply saddened to learn of the passing of Bert Prentice – who was involved in the very early days of TNA and was the host of Xplosion alongside Jeremy Borash. We offer our sincere condolences to his friends and family.

“Bert Prentice helped JPWA in more ways than anyone will ever know. He gave our guys a place to learn and grow, find their confidence and be featured,” wrote Dr. Tom Prichard on Facebook. “I’ve known Bert for over 35 years. As with any relationship in the wrestling business there were ups and downs but Bert was gracious enough to host JPWA Graduations and give green talent an opportunity to find their way. This is a picture of the first guys we sent to do TV for USA Championship Wrestling. It’s on our wall and will stay there in remembrance for all you did not just for us but the many wrestlers who you helped thru the years. Thank you for helping JPWA. We couldn’t have come this far without your help. Rest in Peace Bert.”

“Just heard the news about the passing of Bert Prentice and am truly saddened by it. I used to always refer to Bert as a “Godfather” when I would speak to him. Burt was always good to me,” wrote Mike Bucci (Nova/Simon Dean) on Facebook. “There’s a whole lot of folks who owe an awful lot to Bert. To say he was a legend is an understatement. Take note. When someone like this passes away in the wrestling industry; they will never be replaced. A piece of the business passed away with Burt today. These are “legacy” individuals. The impact that he had can never be overstated enough. He was a true icon of the industry. Rest well my friend. Until we meet again one day.”

“Saddened to hear of the passing of Bert Prentice. He has been a friend of the Falk Family for generations. Through the good times and the bad, we are truly blessed for the opportunities, stories, friendship, smiles and laughter we’ve shared with him,” wrote Anthony Falk on Facebook. “I can’t say thank you enough for all the wonderful things he has done for my family inside and outside of the wrestling business. BP will truly be missed by many. His family and close colleagues are in our thoughts and prayers. R.I.P. Bert Prentice.”

EDITOR’S NOTE: Prentice’s date of birth has been added since the original publication of this article.