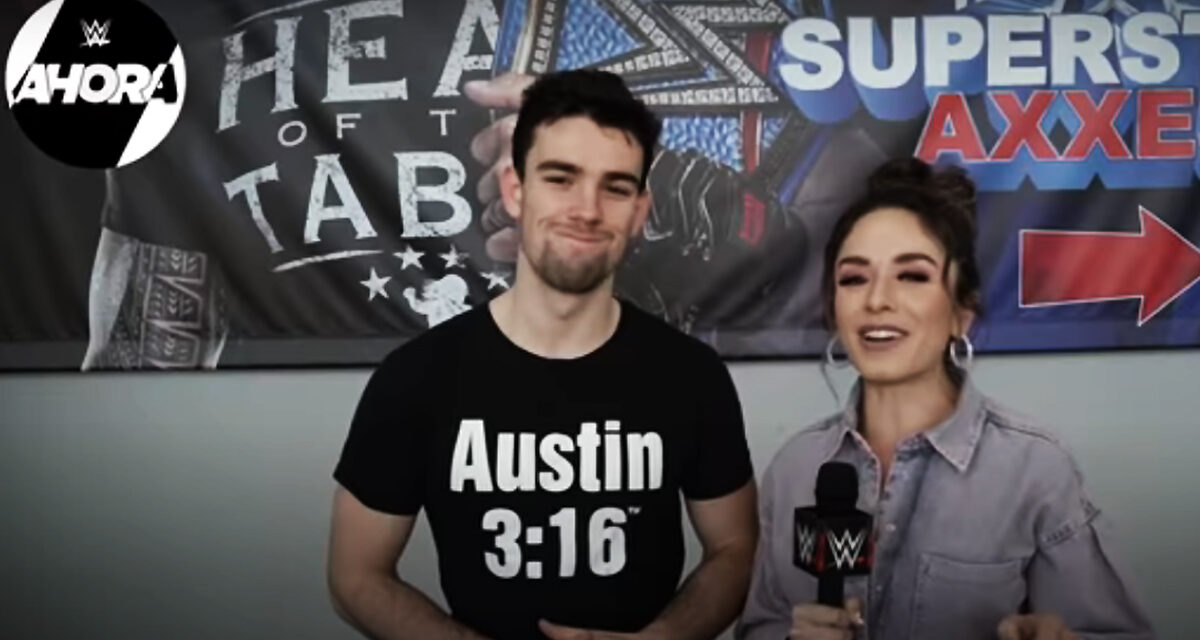 Quetzalli Bulnes, an on-air personality for the WWE in Mexico, has been fired from the company and banned from future WWE events.

Bulnes’ termination stems for a strange incident at a WWE live event in Mexico City back at the end of October.

It appears that Bulnes, also a YouTube personality, went into business for herself during the show. Without the WWE’s knowledge, Bulnes had fellow YouTuber Falbak jump the barricade while a perplexed Bryon Saxton stood in the ring with her. Word is that Falbak is her boyfriend or at least her good friend.

Bulnes told security not to intervene.

Saxton called for a brief intermission as Falbak remained standing in the ringside area and eventually jumped back over the barricade.

Falbak and Bulnes have been part of a WWE angle in Mexico before. Falbak has also been banned from future WWE events.

Apart from WWE Bulnes has been an actress starring in such TV series as Lady of Steel and La querida del Centauro (The Centaur’s Mistress).